A look at the history-making Rams and Saints squads, gender diversity, and notable moments in NFL cheerleading

A look at the history-making Rams and Saints squads, gender diversity, and notable moments in NFL cheerleading 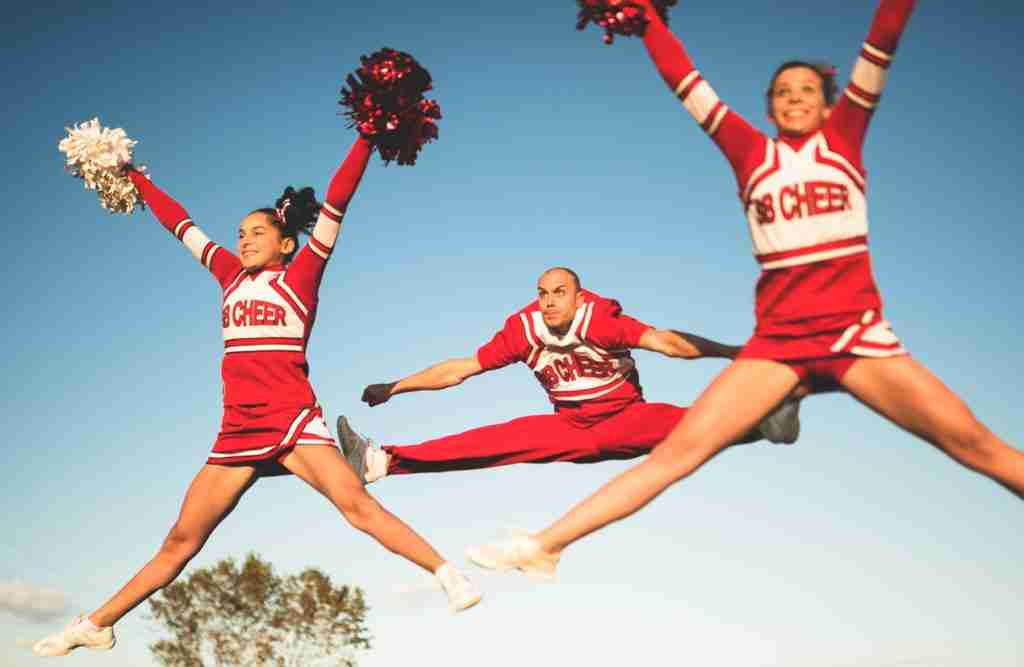 The NFL season kicks off tonight with a rematch of last season’s NFC Divisional Round game between the Atlanta Falcons and the Philadelphia Eagles—the defending Super Bowl champs. This is, of course, followed by a full slate of games Sunday and Monday that will have football fanatics glued to TV sets across the country.

While superfans, gamblers, and fantasy football players are nervously awaiting the next score or big defensive stop, there will be something more noteworthy taking place on the sidelines in Oakland and New Orleans. Both the New Orleans Saints and the Los Angeles Rams (who will be playing in Oakland on Monday) have males on their cheerleading squads, marking the first time they will perform during a regular season game.

A Brief History of NFL Cheerleading

Although cheerleading and the NFL seem to go hand-in-hand, there are six teams that don’t have their own cheerleading teams: the Green Bay Packers, the Pittsburgh Steelers, the Buffalo Bills, the New York Giants, the Cleveland Browns, and the Chicago Bears. The Baltimore Colts became the first NFL team to have cheerleaders when they made them part of the Baltimore Colts Marching Band in 1954.

Despite not currently having their own squad, the Green Bay Packers were among the first professional teams to use cheerleaders—incorporating a team all the way back in 1931, prior to their joining the NFL. They got their own NFL cheerleading squad in 1961 but did away with the team in 1988.

Since 1988 the Packers have been using collegiate cheerleaders from nearby universities the University of Wisconsin-Green Bay and St. Norbert’s. Interestingly, the University of Wisconsin-Green Bay has a co-ed cheer team, but the males on their teams don’t do the same moves as their female counterparts. Part of what makes the men on the Rams and Saints cheer squads so notable is that they will be doing the same moves as the rest of the team.

History in the Making

The male cheerleaders for the Rams and the Saints may have made appearances on the sidelines for sparsely attended—and mostly inconsequential—preseason games, but this weekend is different. Jesse Hernandez will be the first man to dance and cheer as part of the Saintsations at 1:00 p.m. EST in front of a packed Superdome cheering on their beloved Saints.

On Monday, at 10:20 p.m. EST, Napoleon Jinnies and Quinton Peron will hit the field cheering on the visiting LA Rams in the hostile confines of the Oakland-Alameda Coliseum. With the Rams an early fashionable pick to reach the Super Bowl, there’s a good chance Jinnies and Peron will be on the sidelines for some of the biggest and most anticipated games of the season.

Gender Diversity in the Workplace

In any industry, gender diversity is an important part of being successful. The more diverse a workplace is, the more diverse the ideas that are shared. True gender equality is reliant upon the idea of not being locked in to stereotypes of which jobs or positions are designated for a specific gender. Even in the world of sports, where gender roles are traditionally more pronounced, there have been strides made toward greater gender diversity.

In addition to Hernandez, Jinnies, and Peron trailblazing the way for men in NFL cheerleading, the NBA has been assigning women to roles traditionally held only by men. In 2006, Violet Palmer became the first woman to referee an NBA playoff game, and just this summer rising coaching star Becky Hammons—the first female full-time NBA assistant coach—was named top assistant coach for the San Antonio Spurs.