NFC payment options are viable with the growth of smartphones. See which companies are taking advantage of the technology.

NFC payment options are viable with the growth of smartphones. See which companies are taking advantage of the technology.

More than half a century ago, a transformation began spreading through the retail realm, slowly phasing out conventional cash with less cumbersome plastic and boosting global spending potential. In the midst of all this, computers came into play.

Eventually, limited technology once filling entire rooms shrank in size while growing in capacity, literally placing unprecedented power in the hands of consumers and businesses alike. Today, both of these revolutions have been effectively combined, resulting in unlimited possibilities for the public at large in the form of NFC payment options.

The Emergence of Near Field Communication 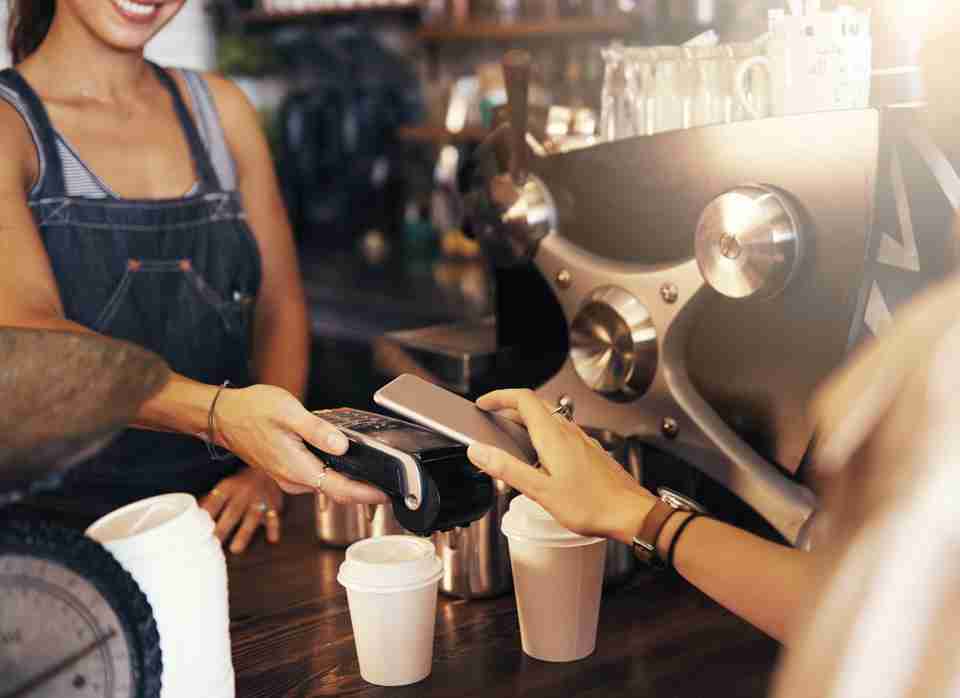 NFC technology first made its retail appearance via debit and credit cards, giving cardholders greater peace of mind where security is concerned. Though cards containing NFC chips seem to be causing their fair share of chaos at certain point of sales in various stores, smartphones infused with this latest link in the techno-evolutionary chain don’t appear to be holding people back to quite the same extent. Those choosing to take advantage of the newest NFC payment methods are able to digitally consolidate all their credit cards and bank accounts through a single app.

Paying with the Wave of a Hand

If you’re like most people benefitting from the digital era, you’ve probably completed any number of transactions courtesy of your phone. Being a business owner tends to add a few layers to the reliance on mobile devices.

At this point, you can pay for purchases using virtually any of your financial outlets by downloading one of today’s popular NFC payment apps and passing your smartphone over a sales terminal.

Though you’ll find an array of NFC payment methods available and several others still in the developmental stage, three distinct options currently lead the pack in the eyes of your fellow business owners.

Only certain operating systems are recognized on a widespread basis at present and further limitations stem from retailers. Still, this development has the potential to replace your physical wallet as well as the majority of its paper and plastic contents. 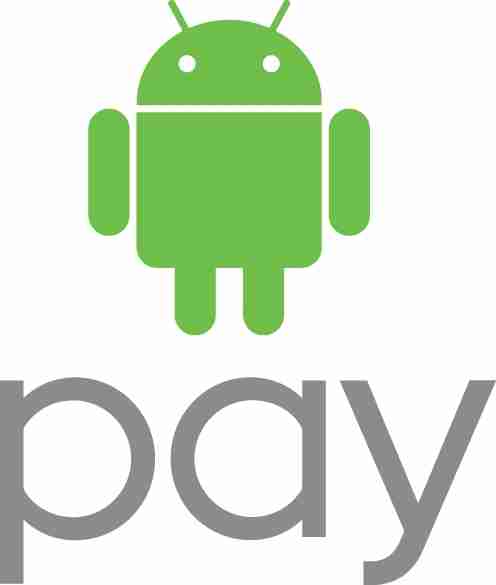 Formerly known as Google Wallet, Android Pay is the next phase in Google’s plans to make life easier for its loyal followers as well as those devoted to the Android OS. This payment method originated in the United States just last year, but it has already moved those boundaries to reach the United Kingdom and Australia. To date, MasterCard, Visa, American Express, and Discover all support the option to pay at POS’s with your Android device. All bonus points, perks, miles, or dollars will continue to apply to qualified purchases.

More than 100 financial institutions in the U.S. alone have also partnered with this increasingly formidable force. Though JPMorgan Chase has yet to join the team, a representative of the financial giant promises its customers will be included in the mix by year’s end. Bank of America account holders now have the added advantage of being able to make ATM withdrawals with their Android phones.

Aside from the freedom of linking bank accounts and credit cards to their phones, Android users have the option to add loyalty and gift cards to their virtual financial cache. More than 15 online apps also now support the Android NFC payment option with more jumping on board by the month. Many of these are offering special discounts to Android Pay customers, and Google has recently dedicated an entire promotions page to cluing in users on all the special offers available at any given time.

In order to get started with this payment method, you’ll need an Android 4.4 phone or higher equipped with an NFC chip as well as the accompanying app. Once you’re set up, you can pay with your phone at more than one million retailers across the country; Walmart is a major exception. While the use of Android Pay is still somewhat limited, global reach, as well as its growing number of supporting banks and retailers, could soon plow through the roadblocks currently in place. 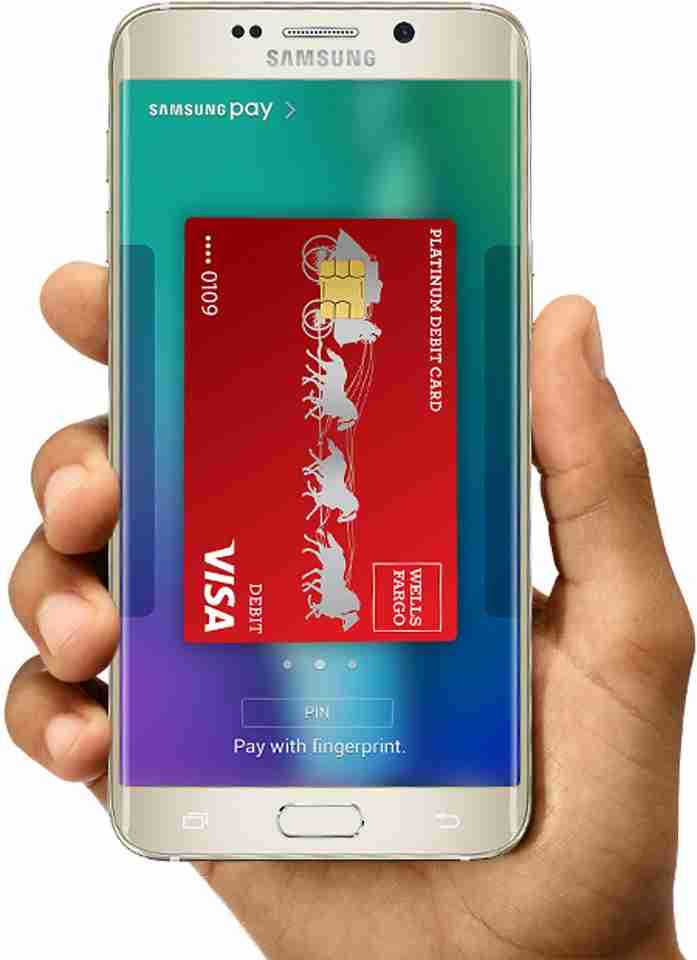 Initially launched in South Korea, Samsung Pay has also branched out considerably in the year following its introduction. Countries now allowing NFC payments from Samsung devices include the United States, Australia, and China. This option is set to go live in the United Kingdom, Brazil, and Singapore within the next few months.

Having secured more than 70 financial institutions, including Wells Fargo, MasterCard, Visa, and American Express for its support arsenal, Samsung Pay seems to be giving Android Pay a virtual run for its money.

Like its previously-mentioned counterpart, this mobile payment option allows users to add credit, debit, gift, and membership cards to their financial arsenals. It’s a simple matter of scanning the card’s barcode or manually entering its number into the Samsung Pay app.

Smartphone-based ATM withdrawals through the Samsung Pay system are currently limited to South Korean customers, but this worldwide technology giant brings an element to the table not available with its two leading competitors.

Owners of the Galaxy S7, Galaxy S7 Edge, Galaxy S6, S6 Edge, S6 Edge Plus, and Note 5 can use Samsung Pay at terminals not equipped with NFC technology.

According to the system’s creators, it will be accepted at an estimated 30 million retailers around the world and is compatible with most POS’s relying on standard magstripe technology. This amounts to about 80 percent of card readers.

In line with Android Pay, Samsung publicizes a running tab of promotional offers available for its users via the app required to take advantage of this mobile payment system. 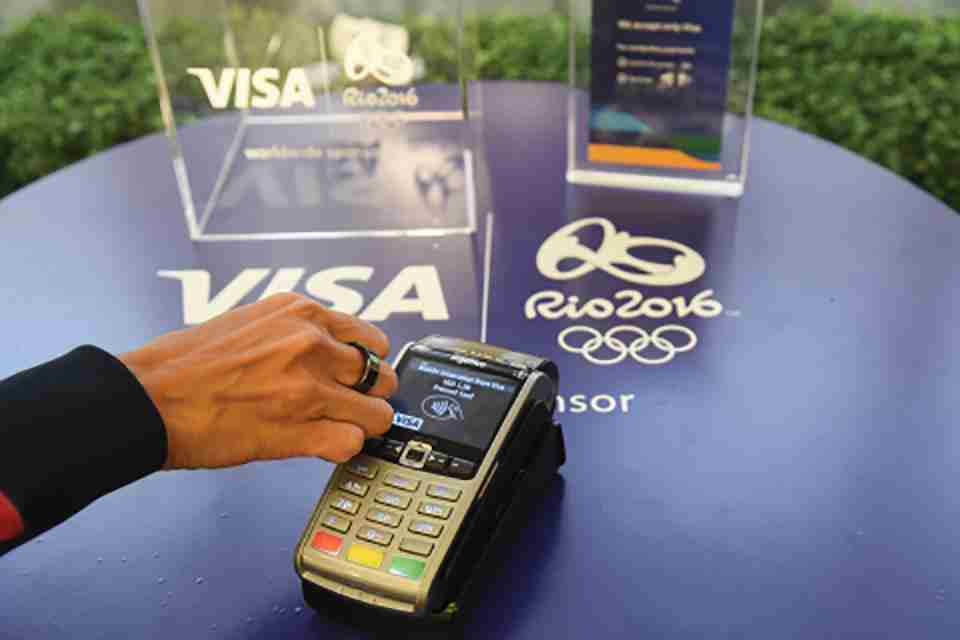 As opposed to smartphone-based mobile payment methods, Visa’s Payment Ring is, very literally, a ring. Available in black or white ceramic containing an NFC chip and a built-in antenna, this particular NFC payment option is currently only being offered to certain members of Visa’s inner circle. This includes select employees and the 45 athletes sponsored by the worldwide financial company at the upcoming Rio Olympics. Visa also happens to be the only payment system accepted at the pending Summer Games.

Athletes’ concerns over cumbersome and higher-maintenance payment options were the driving force behind the development of the Visa Payment Ring, which is water resistant and gets its power from NFC terminals rather than conventional charging ports. It will be backed by an actual card as well as wireless smartphone connectivity. The company isn’t releasing many details regarding whether or not the NFC payment ring will ultimately be made available to the public.

General Visa cardholders planning to attend the Summer Games in Rio won’t be booking airline tickets and accommodations, reserving seats, or purchasing meals with a ring. Still, they may very well be making all the necessary arrangements via their Samsung or Android devices. In a more everyday sense, business owners can certainly take advantage of mobile payment methods for more than online product research and purchases.

Android Pay users have the added freedom of making withdrawals from approved ATMs in a broader range of countries. Samsung customers, on the other hand, don’t necessarily have to wait for NFC payment technology to reach their most frequented physical storefronts to enjoy paying with their smartphones. Either way, technology is leading to thinner, lighter wallets while bulking up the spending capacity of today’s business owners.