A 3D-Printed Motorcycle to Add to Your Wishlist?

Additive manufacturing is entering an exciting new phase Some might be surprised to know that the first 3D printer made its debut all the way... 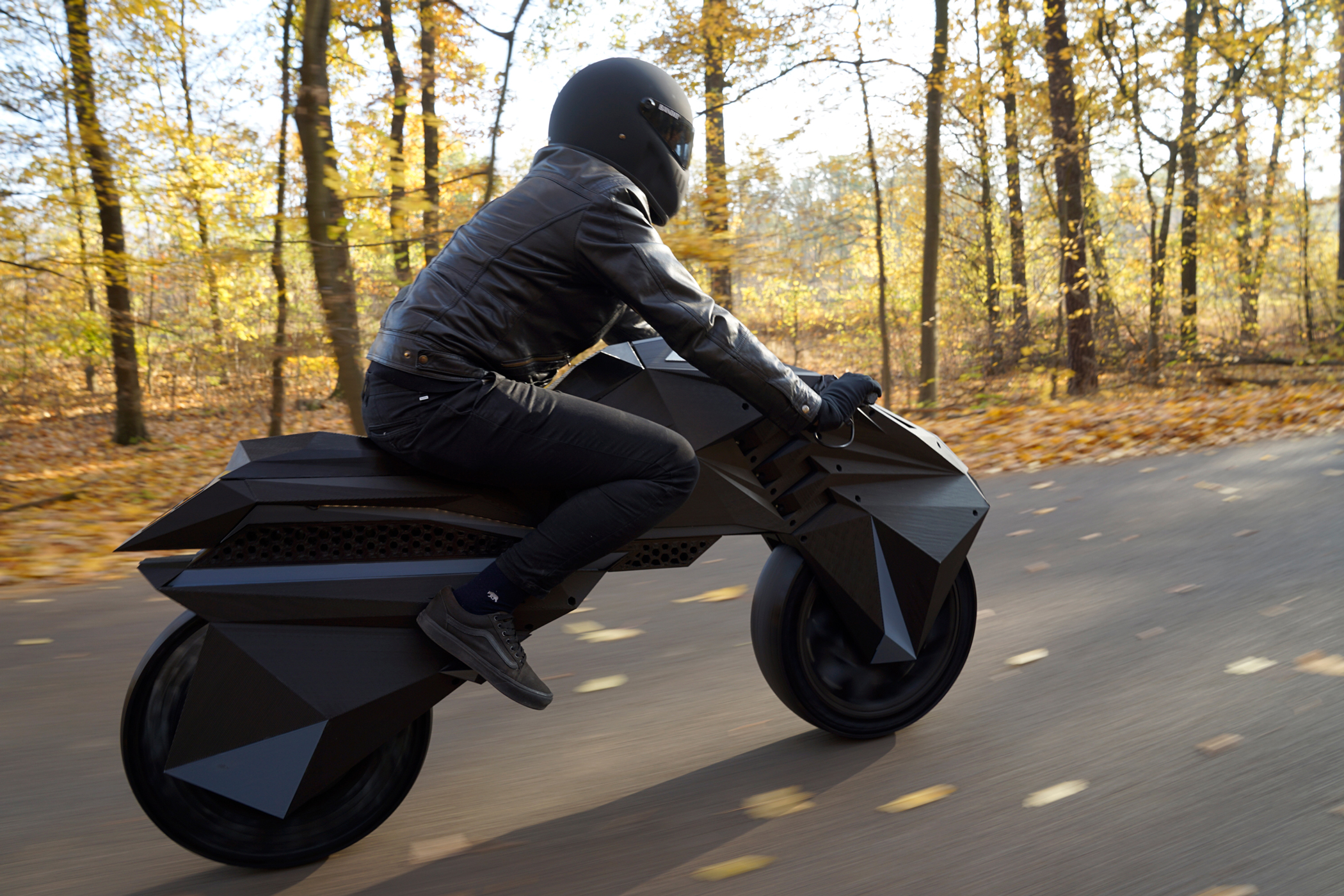 Some might be surprised to know that the first 3D printer made its debut all the way back in 1980. Recent breakthroughs have brought the process into the public conscious now more than ever, but the sight of Nera, the world’s first 3D-printed motorcycle, surely stands out as one of the most eye-popping accomplishments in the annals of 3D printing.

The futuristic motorcycle looks a bit like something out of a sci-fi movie and features embedded sensors, forkless steering courtesy of eight pivot joints, flexible bumpers in lieu of suspension, an electric engine, and 3D printed airless tires. Nera was printed using fused filament fabrication (FFF), which feeds a continuous filament of thermoplastic material through the head of the printer. FFF printing is generally less expensive than other forms of 3D printing while creating more durable products that aren’t photosensitive.

In creating Nera, the team at NOWLab decided not to try to emulate the products made famous by such big companies as Harley-Davidson, Yamaha, and Honda, eschewing traditional mechanical engineering in favor of producing a motorcycle that exemplifies the creativity afforded by large-scale FFF manufacturing.

A division of BigRep, NOWLab focuses on showcasing the capabilities of its parent company’s large-scale 3D printers. Other prototypes printed at NOWLab include: the Aero Seat, a passenger seat for autonomous vehicles that is created based on a 3D body scan prior to its production for maximum comfort; the Omni Platform, a mobile device that can be used to mount robotic devices or to carry cargo in factories; and the Adaptive Robot Gripper which was inspired by gecko pads and is used for gripping the finished products produced by BigRep’s 3D printers.

Whether or not the Nera becomes available to the public and is found on streets all over the world, the possibilities of FFF that are being shown by BigRep and NOWLab are truly impressive. Then again, maybe the adoption of 3D-printed vehicles aren’t all that far-fetched — it sure would be nice to be able to print replacement parts rather than seeing a mechanic.