A Breath of Fresh Air

The mission of NeoLife International is to make the world a healthier, happier place through nutrition.

The mission of NeoLife International is to make the world a healthier, happier place through nutrition. 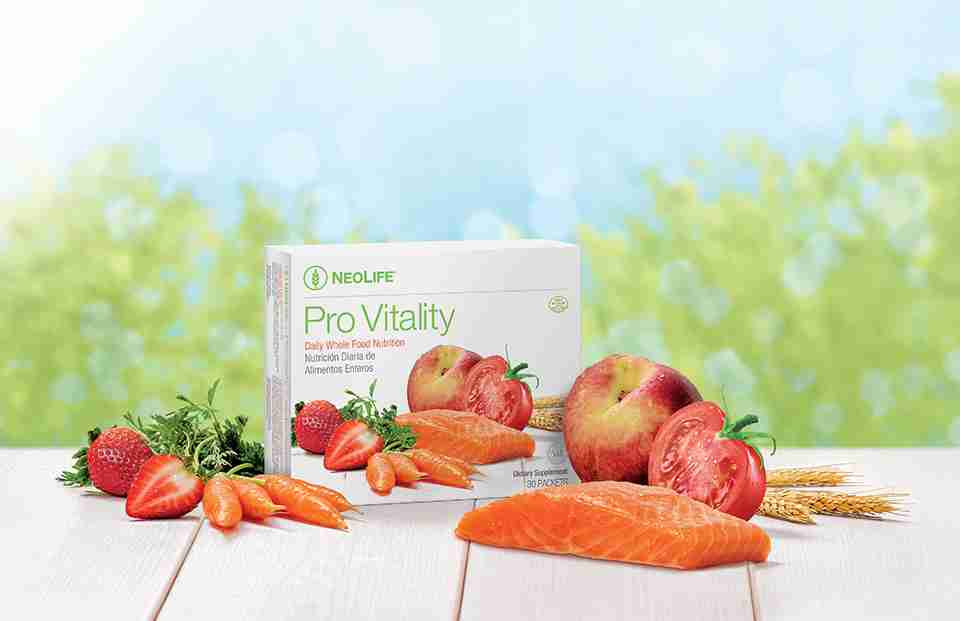 As a child growing up on a farm in California’s Central Valley in the 1940s, Jerry Brassfield struggled with relentless allergies and asthma. There was little in the way of medical help for him beyond the traditions of the day. Antihistamines were very new and not widely available, and modern approaches to allergy treatment were still undeveloped.

In the middle of a traumatic night, the young boy overheard his mother speaking to the family’s pastor, apologizing for the late call for help and comfort, convinced her son wouldn’t live to see the next day.  Jerry heard the conversation through the thin walls of the house, and resolved to prove her wrong.

“He spent the night gasping for breath harder than he ever had,” daughter Kendra recalled. “As you can imagine, his mom was just determined to find something that could give her son relief. There was no such thing as an inhaler, and she really couldn't find any modern medicine to help, so she turned to supplementation. That was a pretty radical thing to do in those days.”

Radical, indeed — and it worked. Nutritional supplementation lessened his attacks to occasional nuisances. As enterprising young man, Jerry would share his story as he worked his way through school. “He would share his testimony with others along the way and realized that most people really did need a solution for better health and the problems that are created for us by not having access to good nutrition,” Kendra said.

Today, Kendra Brassfield helms the company her father founded in 1958, NeoLife International. The company’s GMO-free nutritional supplements, skin care, and home care goods can be found in more than 50 countries throughout the world. The elder Brassfield serves as the company’s chairman.

In his late teens, Jerry was introduced to direct selling. “He fell in love with it, and felt that it's one of the few business models where the American dream — what we hope to be true — is very much alive. For a relatively small startup cost, regular hard-working people have access to economic freedom that they wouldn't have otherwise.

“Today, that’s exactly what NeoLife offers. For people who simply want to be customers and purchase great products at a discount, they can join as a Club Member. It’s free to join and you get access to great resources like our weight loss and fitness challenges. It’s like joining a wellness community that is a lot of fun and supportive.

“For people who have a passion for sharing good health and want to partner with us to end the trend, we also offer a business startup opportunity where we pay you for sharing NeoLife. We have an expertise in supporting business startups, so we do all the heavy lifting with operations, warehousing and business infrastructure, including some of the most advanced technology and website platforms. That lowers the barriers to entry so it doesn’t cost an arm and a leg to have your own business, and our partners can can put their focus on networking and sharing.

“We like to say they’re in business for themselves, but not by themselves. With those two main offerings we are making the world a healthier and happier place together.”

Part of that fundamental mission is to eradicate poverty and poor health through giving people the resources and training to educate and support themselves and their communities. NeoLife’s “End the Trend” initiative expresses the company’s commitment to building a better future for coming generations with superior quality nutrition as their “weapon of choice.”

Based in Nature, Backed by Science 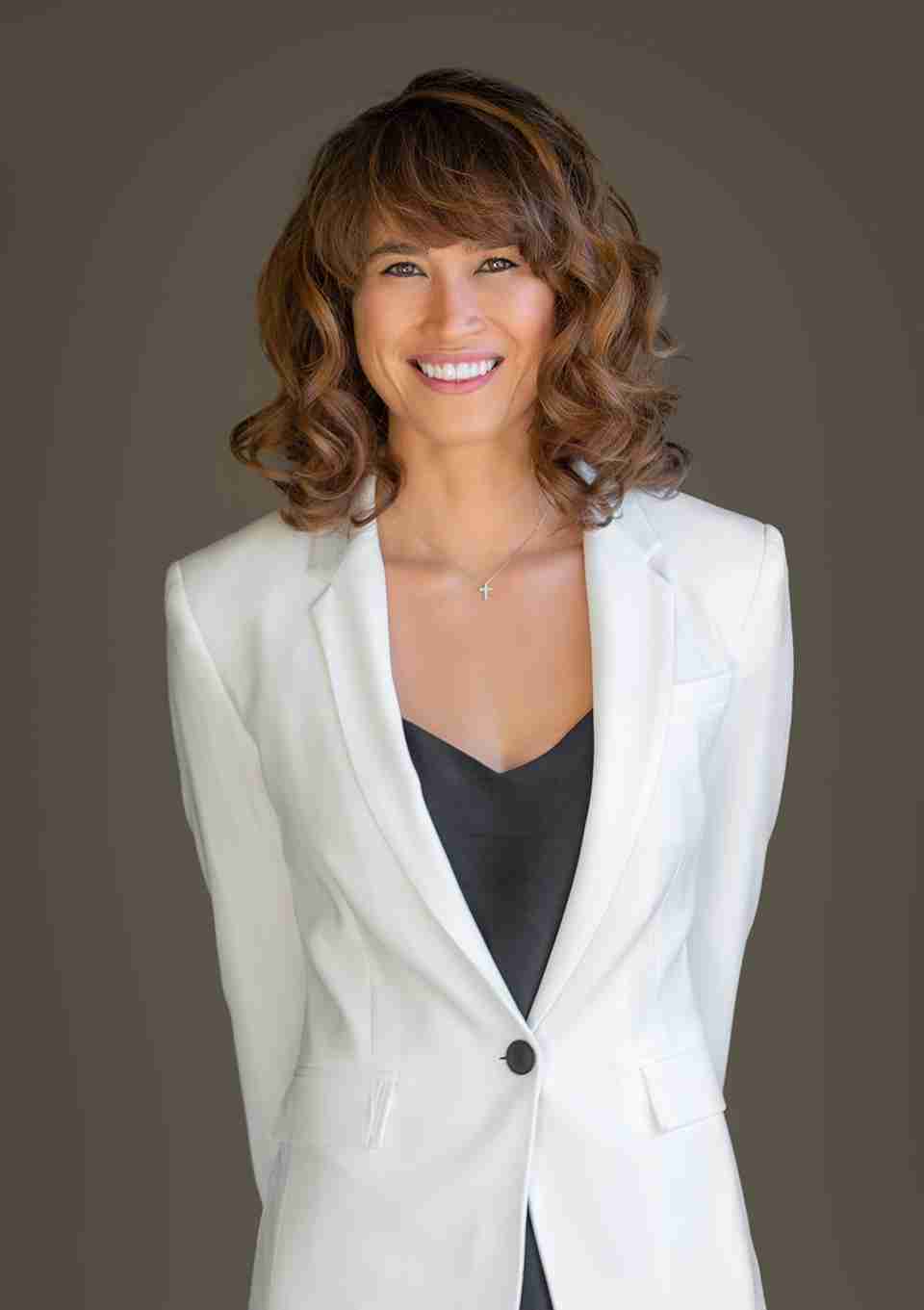 NeoLife’s product development is overseen by the NeoLife Scientific Advisory Board (SAB), founded in 1976 by pioneering toxicologist and chemotherapy specialist Arthur Furst, Ph.D., Sc.D, D-A.T.S. Dr. Furst was also the founder of the Stanford Center Cancer Chemotherapy Laboratory. “Many of his discoveries led to groundbreaking NeoLife products, and his enormous talent, energy, dedication, and vision are major reasons why, year after year, NeoLife has delivered such leading-edge products to fulfill genuine human needs.”

NeoLife also has strategic partnerships with a global network of leading scientists, doctors, and research institutions, including the Stanford University Health Library where they produce the annual NeoLife-Arthur Furst Lecture Series on Nutrition & Disease Prevention, as well as the University of San Francisco to award the annual Arthur Furst Undergraduate Scholarship.

As Kendra put it, “Our products do well because they are safe and credible. Our SAB members all share our commitment to ending the trend. They are published researchers active in their fields and incredibly respected. They are carrying on Dr. Furst’s legacy.” Board members’ findings are often published in peer-reviewed scientific journals, including the Journal of the American College of Nutrition, the International Journal of Toxicology, the FASEB Journal, and the American Journal of Clinical Nutrition.

“We all need a solution to bridge the gap between what we get in our diets and what we need nutritionally,” she added, referring to a recent Bill and Melinda Gates Foundation study of dietary risks in 195 countries. “They found that low whole grains, fruit, vegetables, and low levels of Omega-3s were among the top 10 causes of diet related death. No. 1 in risk factor in the US is the lack of whole grains. It’s not a matter of people not eating ‘whole grain products,’ it’s the lack of nutrition in those products.” NeoLife’s core product, Pro Vitality, is designed to bridge these nutritional gaps.

The company culture is one of constant mindfulness and thoughtful action. “Our entire NeoLife family works to uphold our culture. It’s really a team effort,” she said. “Health is our greatest wealth. In order to end the trend within our generation and our children’s lifetimes, we all need to be part of it. We need to be taking those steps to take control of our own health, starting with us, and sharing with others about how they can do the same.”

NeoLife is a health and wellness company that manufactures and sells superior quality whole food nutrition products, with a mission to make the world a healthier and happier place. It has been in business for over 60 years and operates in more than 50 countries around the world. 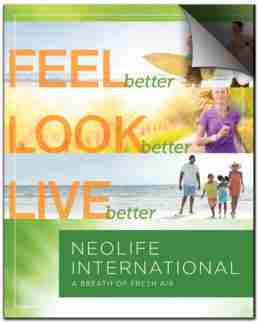