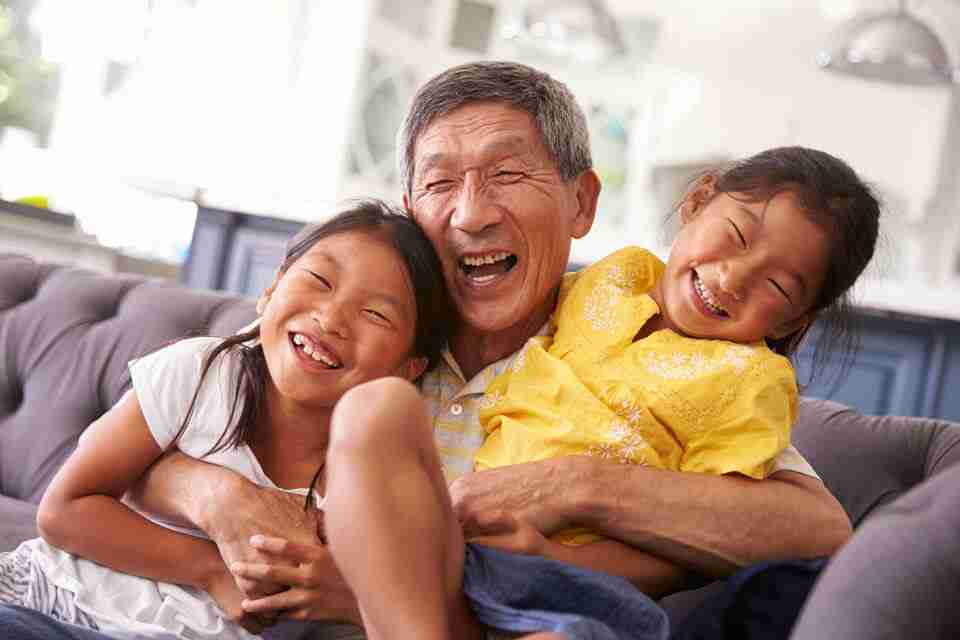 Amid the sea of changes COVID-19 left in its devastating wake, one thing became clearer than ever before: the importance of being around the ones you love.

And, conversely, being forcibly separated from friends and family is, in many ways, unbearable.

Slowly but surely we made it through the darkest days of the pandemic, and now, as we emerge from a period of forced isolation, a growing number of people are trying to make up for lost time by combining their financial assets and purchasing multigenerational homes.

The recommitment to togetherness has been aided by a soaring real estate market, with high housing prices helping sellers fill their bank accounts as demand continues to outweigh supply. 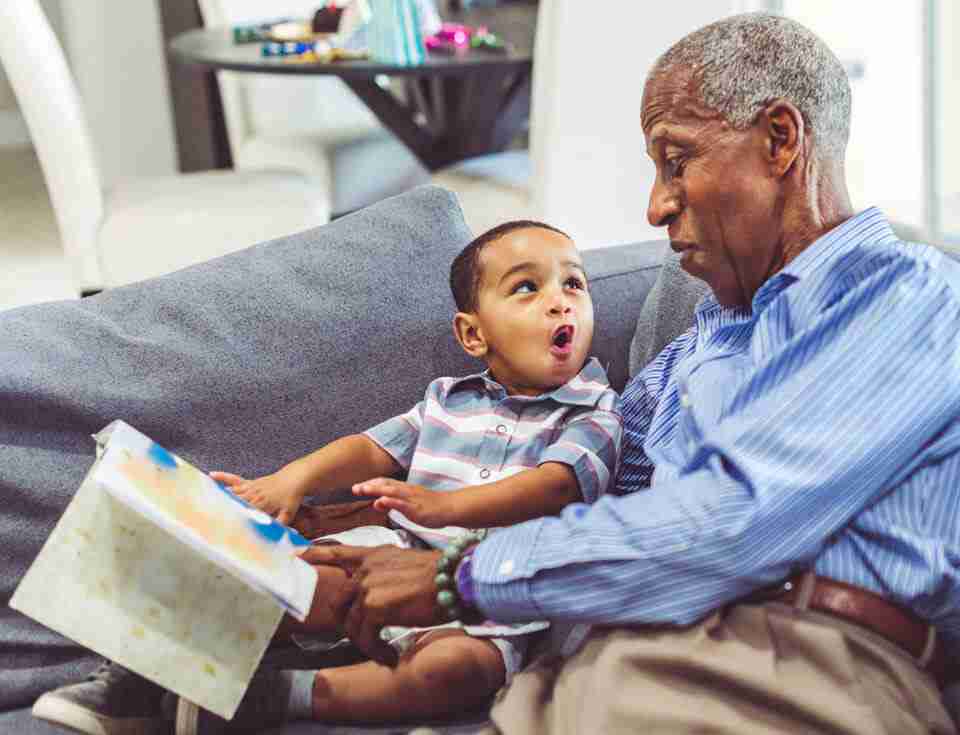 “This was a once-in-a-lifetime opportunity that I didn’t want to miss,” Edward Crafts, a retiree who now sees his granddaughter every day, told The New York Times. “It was just a product of this crazy-hot real estate market that we were able to put it all together.”

Single-family home prices are rising all around the country, spurred in large part by material shortages which put a halt to construction. There is less market competition for multigenerational homes, however, making it a realistic option for families looking to live together.

It has long been expected more people would begin to invest in multigenerational homes, as Asian and Hispanic populations — which are more likely to live with aging parents — became a bigger part of the U.S. homebuying market, but the pandemic has seemingly accelerated the trend for all. 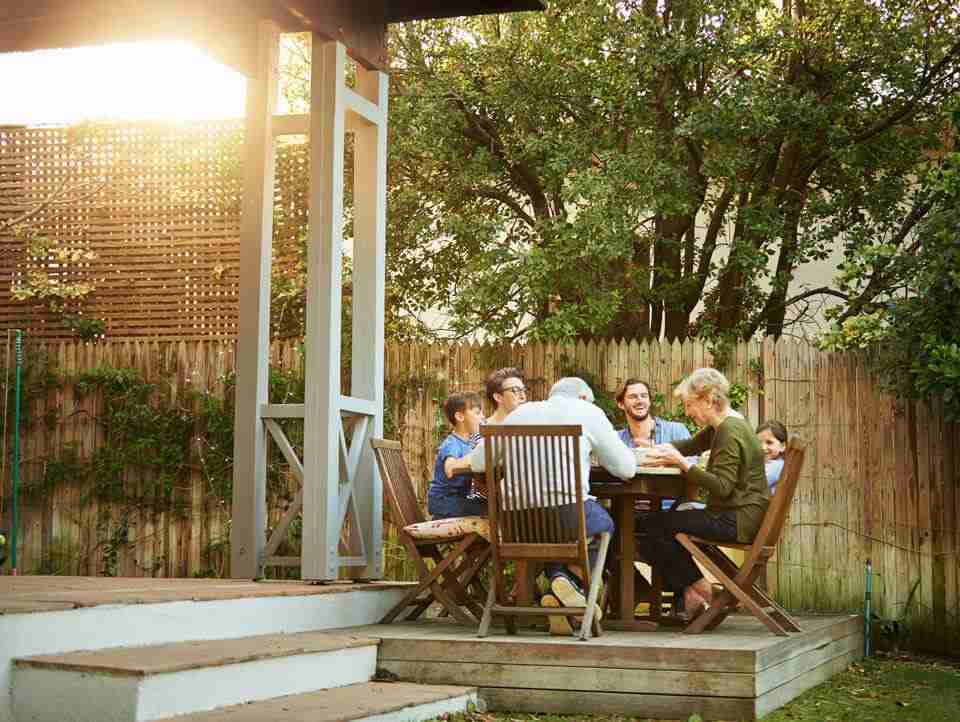 “We didn’t expect to do this so quickly, but we felt that the pandemic restrictions would last a long time, and we wanted to be together as a family,” Janice Markel, a 61-year-old native of New Jersey, told The Washington Post.

Markel, along with her husband and 91-year-old mother, moved into a multigenerational home in a neighborhood specifically designed for the lifestyle with her 26-year-old son in Sarasota, Fla.

“We didn’t want to be in an active-adult community,” Janice told The Washington Post. “My mom said she was happy to move to Florida except she didn’t want to be around ‘old people’ even though she’s 91. We love being in a mixed-age community with lots of young families around.” 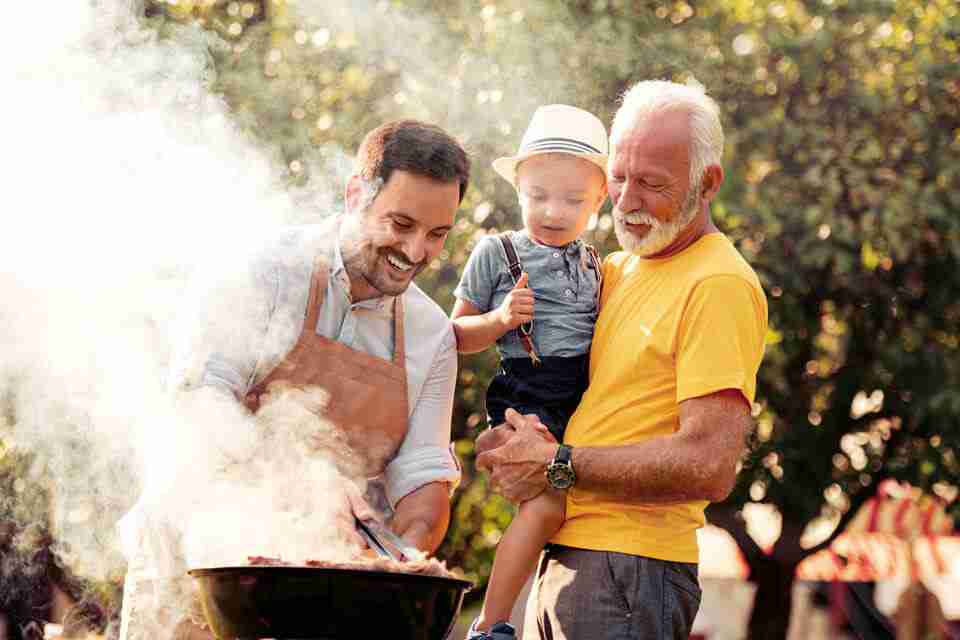 According to the National Association of Realtors (NAR), the purchase of multigenerational homes increased by 15% between April and June of last year. The amount was a year-over-year increase of 11% and the highest recorded since the NAR began tracking it in 2012.

Before the pandemic, the NAR found there was an even split between aging parents joining their children and children moving back in. Now, with the pandemic forcing us to re-evaluate the importance of family, the top reason for purchasing a multigenerational home is to take care of the aging parent.

The NAR also found an increased desire in having grandparents help with childcare, as parents adjusted to changing work schedules and virtual schooling. 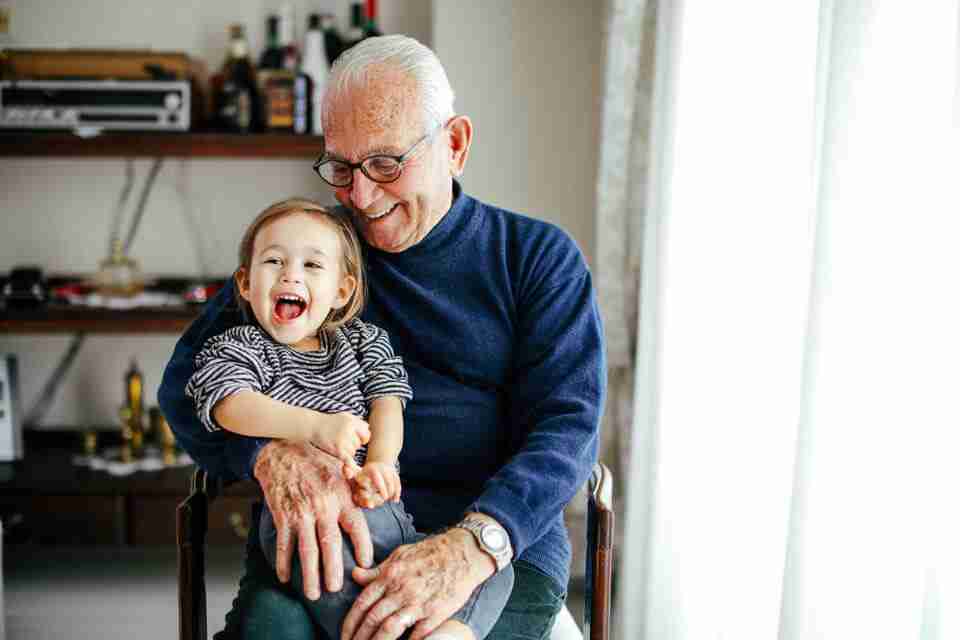 Dwight Francis, a 44-year-old software engineer from New York, told The New York Times he bought a home with his wife and moved in his 77-year-old mother — who had been living alone — after the pandemic forced the couple to re-evaluate how to best take care of their new baby girl.

“With the second child, the house just exploded,” Francis said. “I think as much as she saved us, we saved her.”

The move to come together is happening amidst a period of serious uncertainty for many prospective home buyers. According to Daryl Fairweather, chief economist of real estate brokerage Red Fin, 25% of homeowners have lived in the same place for longer than 20 years, as reported by The New York Times. 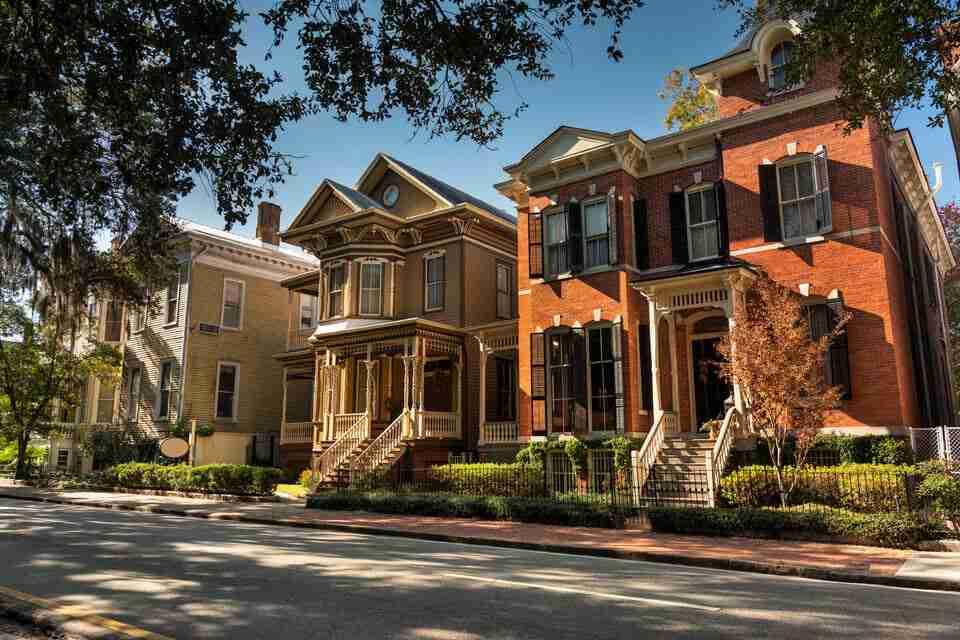 This was an increase of 11% from 2010 and, according to Fairweather, is likely due to limited inventory, the inconvenience that comes with moving, and increasingly high prices.

According to the NRA, prices for homes continue to increase even as sales stall. The median existing-home price was around $350,000 in May, a record high price and up 24% from the same time a year ago. It also represented the 111th consecutive month of year-over-year gains. 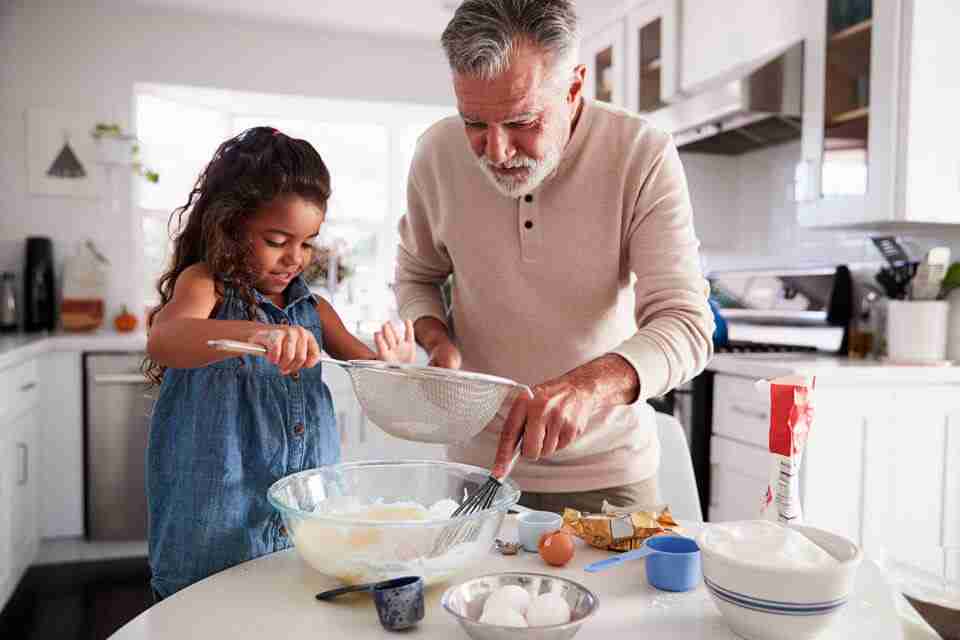 The rental market has also been affected, especially in cities where tenants were paying a pretty penny to experience downtown city living. The pandemic stalled nightlife and entertainment options, of course, another potential inspiration for people to end their leases and seek higher ground.

Fleeing to the suburbs had a ripple effect felt beyond the ex-tenants as well. Landlords, such as 68-year-old New Yorker Jose Madrigal, were left with empty units and had to decide whether to entice people to move in or move in themselves. 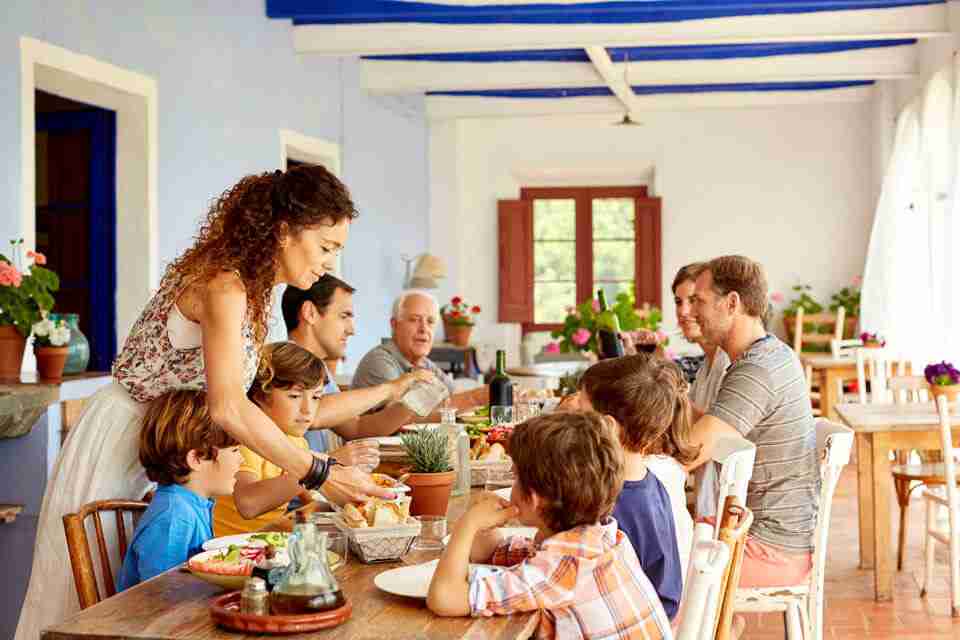 Madrigal told The New York Times he lost three of his four tenants, and, instead of trying to entice people to rent during the height of the pandemic, ended up moving in with the one tenant he had left: his son.

Along with his wife, Madrigal attempted to sell his Astoria, N.Y., complex but did not get an offer he believed was fair. Now, he and his wife are staying in the very building he oversees, and his son, 28-year-old Jose Madrigal Jr., told The New York Times the living situation is working out just fine.

“You hear stories about kids fleeing the pandemic to be with their parents, and the opposite happened to me,” Jose Madrigal Jr. said “And, honestly, it feels great.”