Moringa and More: This is the New World of Superfoods

Six trends in superfoods to watch in 2017.

Six trends in superfoods to watch in 2017. 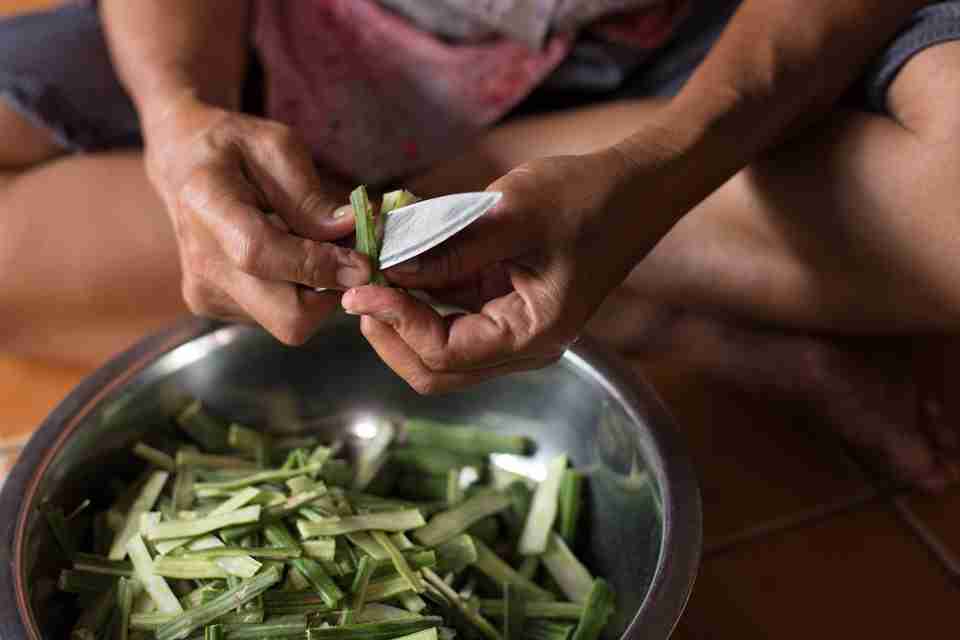 You know matcha and kale and turmeric and quinoa, but do you recall today’s most popular superfoods of all?

Earlier this year we shared the hottest 2017 food trends, but as we get closer to another new year we want to see what else is emerging in the superfood space. Here we explore the up-and-coming trends in wellness-boosting superfoods.

Heard of Moringa Yet?

Originally, leafy moringa trees gained popularity in West Africa as a nutritional supplement. Not just any supplement: one with seven times as much vitamin C as oranges, twice the protein of yogurt, and three times the calcium of milk.

It also contains high quantities of vitamin A, iron, antioxidants, various polyphenols, phenolic acids, flavonoids, and glucosinolates, which all offer many positive health effects. This is a rare example of a plant that provides all nine essential amino acids—typically only found in animal foods.

Research demonstrates that together, these substances can lower blood sugar, regulate blood pressure and cholesterol, and act as antiulcer, antitumor, and anti-inflammatory agents. Additionally, moringa is known to reduce inflammation, enhance digestion, and boost energy.

Lisa Curtis, Kuli Kuli’s Founder, first ran into moringa while volunteering in Niger with the Peace Corps. Local friends suggested it to her when she complained about feeling relentlessly low energy, and she found that it worked wonders. After the Peace Corps, she went on to found Kuli Kuli, which supports women farmers and works to improve local nutrition in the areas where Moringa is harvested.

“Compared to kale, gram for gram, moringa leaves have twice the protein, six times the iron, and 97 times the vitamin B2. So the startup is hoping that the same crowd that embraced kale will create a new market for the little-known African plant.”

Moringa is nothing new. It’s actually a South Asian plant boasting nutritional claims that overshadow those of carrots, milk, bananas, yogurt, and even your trusty morning glass of OJ.

Tasting Table shared that Ayurvedic practitioners have been using it for thousands of years, however, with its growing popularity and availability, chefs and wellness brands are joining the leafy movement.

More Than a Foodie Fad 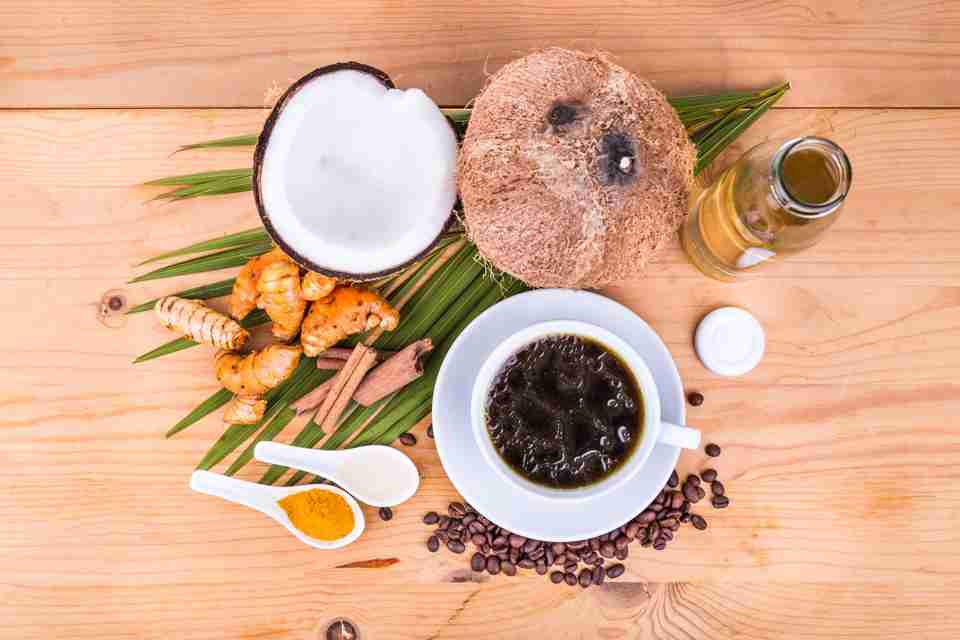 Moringa not only has the potential to vastly improve consumers’ health, but to make waves when it comes to countries suffering from malnutrition epidemics. Undernutrition alone contributes to almost half of all deaths in children under the age of five and is widespread in Asia and Africa.

“Last year, our first year on the market, we put over $50,000 back into the hands of the women farmers. This translates into the women making five to ten times the average income in their villages,” said Lisa Curtis, Founder of Kuli Kuli.

The Buzz Behind “Bulletproof”
A few years ago, people swore by bulletproof coffee—thetrend of adding butter to your coffee, just in case you missed that boat. However, the active ingredient that packs a punch is called MCT oil, and it’s having a moment.

MCT stands for the medium-chain triglycerides, which are responsible for boosting brain function and focus. MCT oil is versatile enough to use in smoothies, salad dressings, or desserts. It reportedly burns more energy than most long-chain triglyceride fats, so weight loss is an additional perk.

Chlorophyll water is hot right now, but you can also purchase it in capsule and liquid forms.

A Wild Wheat Alternative
Tigernut flour is making a splash in the relatively saturated flour alternative market. Coconut and almond flours have been popular lately, but this flour rocks more than a ferocious name. It’s rich in fiber, calcium, and iron. Chefs will love its neutral, nutty taste.

The cost of resources (water) to grow almonds has impacted the price of almond products. Tigernuts grow similar to a weed, so it’s a low-cost, drought-friendly option.

Tigernuts are actually marble-size tubers, or as Vogue calls them, “small, wrinkled root vegetables that hail from Northern Africa and the Mediterranean.”

Co-founder of Brooklyn-based Organic Gemini, Mariam Kinkladze explained that this ancient superfood “comprised up to 80 percent of our Paleo ancestors’ diet around 2 million years ago.” Today, you can find it at Whole Foods Market and natural grocery stores. 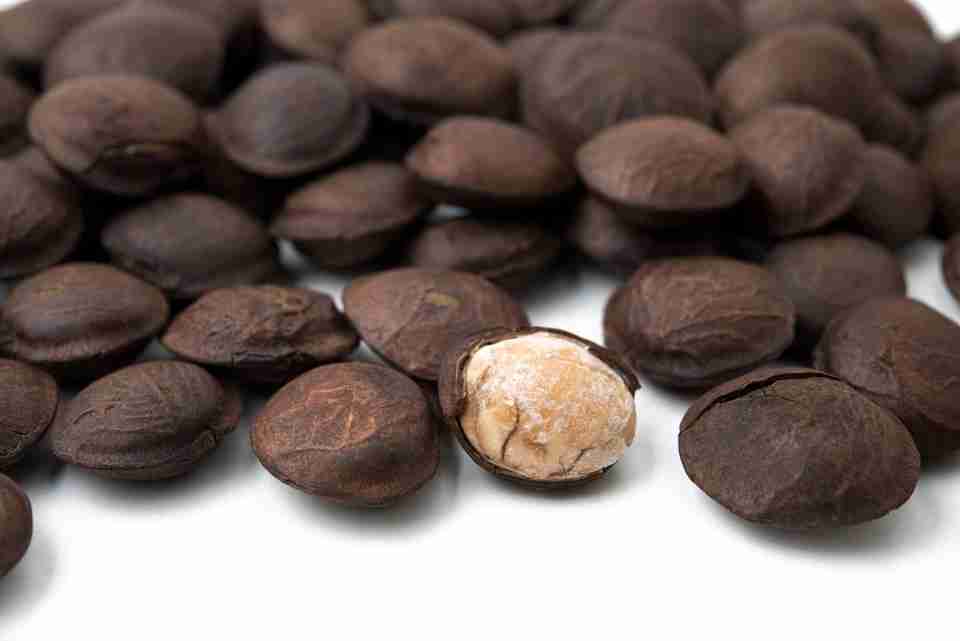 Sancha inchi nuts offer so much more than your traditional almonds and cashews. They boast heart-healthy omega-3 fatty acids and have  9 grams of plant-based protein per ounce.

Watch closely, as these healthful nuts could be the next huge trend in superfoods, as Dietitian and Celebrity Nutritionist Keri Glassman suggested. They’re already on Trader Joe’s shelves, and if that’s not a sign sancha inchi is on the cusp of going mainstream, nothing is.

It may not being something you want to picture, but offal—beef and pork hearts, liver, brain, kidney, and other organs—is another candidate for the next massive superfoods trend. And what’s makes this superfood stand out amongst the rest? Offal comes cheap.

Just under 3,000 miles away, the Los Angeles Lakers’ nutrition consultant, Dr. Cate Shanahan, has included the magic stock on the official team diet because of its healing and connective-tissue-building compounds, like collagen and amino acids.

“It’s great to get big muscles but if you don’t also build stronger tendons, then you’re going to get injuries. You need complete protein, which is a protein that contains the parts of the animal that do not just build muscle, but also the connective tissues. That’s where the bone stock craze is coming from,” noted Shanahan.

“If we can get athletes to think more like chefs, they will be nourishing themselves better and enjoying better food.”

Portland chefs and experts at the Food Innovation Center in Portland have been crafting peanut brittle, trail mix, and even ice cream garnishes with this ingredient. Dulse is packed with minerals, vitamins, antioxidants, and a high percentage of protein, too.

OSU’s College of Business faculty member and one of the collaborators working to make the strain a commercial prospect, Chuck Toombs explained, “Dulse is a superfood, with twice the nutritional value of kale. OSU had developed this variety that can be farmed, with the potential for a new industry for Oregon.”

Now you’ll never have to compromise your pork-loving tastes for your health.