For several years now, stagnant wage growth and a sputtering economy have encouraged a movement by labor rights groups and others to raise the minimum wage.

Politicians on the left and some on the right have called for an increase in the minimum wage to as high as $15 an hour. Supporters claim that a minimum wage that is more than double the current $7.25 an hour will reduce poverty and inequality with little impact on employment, citing empirical studies that show no adverse effect.

Opponents, however, are skeptical. They also cite findings showing that an increase in the minimum wage would increase inequality and do little to alleviate poverty.

History of the Federal Minimum Wage

The first minimum wage, 25 cents an hour, was established under the Fair Labor Standards Act of 1938 and applied only to employees engaging in interstate commerce. By 1961, a new amendment covered additional employees in certain industries. By this time, the minimum wage was $1 an hour.

Then in 1978 all employees who were designated as non-exempt (non-salaried) were covered at $2.65 an hour. Since then, the minimum wage has increased 10 times under various presidential administrations. 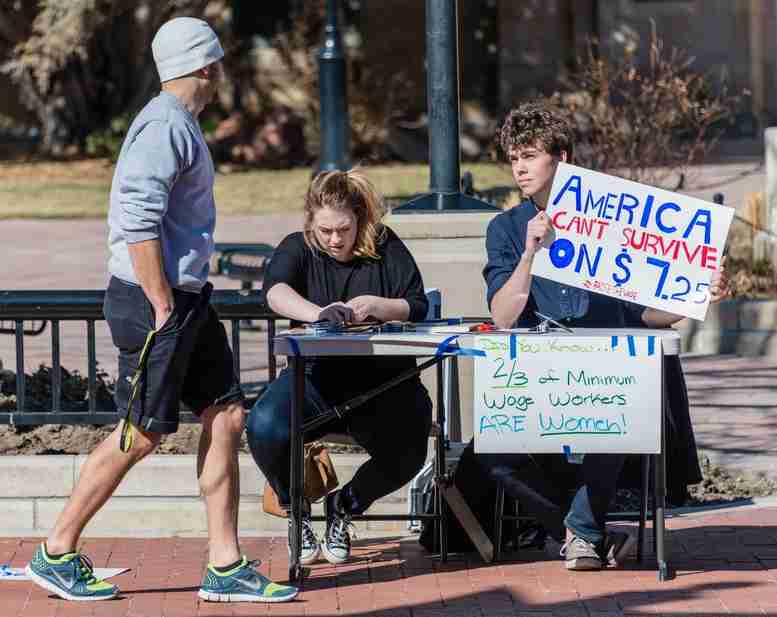 Thirty states, Washington, D.C., and a handful of cities have minimum wages that are significantly higher. In 2001, Washington became the first state to enact minimum wage increases tied to the cost of living; its minimum wage now stands at $9.47.

But other states have or will soon surpass Washington in terms of statutory rates. Washington, D.C.’s wage is $10.50 an hour and due to an increase to $11.50 in July of this year. Massachusetts’ current rate of $10 an hour will increase to $11 at the beginning of next year. New York and California will bump their wages to $15 an hour in 2018 and 2022, respectively.

Several cities have also passed minimum wages that surpass their own state wages. San Francisco’s current minimum wage is $12.25 an hour, but will incrementally increase to $15 by July 2018, effectively speeding past the state’s more gradual increase.

Why a Minimum Wage?

Proponents of a minimum wage argue that a wage floor is necessary to lift people out of poverty, especially those earners who support families. They also point out that the federal minimum wage has not kept pace with inflation, which indeed, is true.

In fact, the minimum wage has lost about eight percent of its purchasing power since it was last increased in 2009. It is noteworthy that those cities most likely to increase their minimum wages also have struggled with much higher costs of living. But most minimum wage earners are not heads of households supporting families.

Who Earns the Minimum Wage?

According to the Bureau of Labor Statistics, minimum wage workers are more likely to be teenagers, college students, or part-time/full-time secondary earners, rather than heads-of-households supporting families.

The Effects of a Minimum Wage Increase

At the time when the CBO released its report, the media reported on the more aggressive first option, which the CBO predicted would lift 900,000 people out of poverty by 2016. These individuals would accrue about $5 billion in real income, and the average family income would increase by about 2.8 percent. 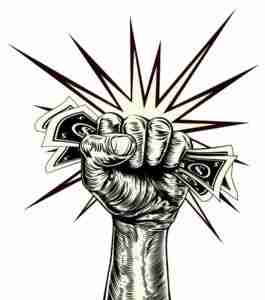 But families whose income is between one and three times the Federal Poverty Level would receive even more, about $12 billion on net. An additional $2 billion would accrue to families whose income is between three and six times the Federal Poverty Level. A family in these categories would see an average increase in their income of 2.1 percent. (By the way, a family of four that is at 300 percent of FPL earns about $72,000. At 600 percent of the FPL their income would be $145,000.)

Real incomes would decrease by about 0.4 percent for families earning six or more times the Federal Poverty Level due to transitional unemployment and reduced business profits.

Thus, a minimum age increase would ostensibly narrow the gap between the working poor and high-income earners. But the majority of these dollars would go to families not even living in poverty.

Furthermore, the CBO report also found that 500,000 mainly low-skilled jobs would be lost due to staffing reductions. If these 500,000 jobs are lost (and CBO estimates it could be less than that or as many as 1 million), the minimum wage as the great equalizer could be mitigated by the number of newly jobless people earning zero annual income.

On a positive note, some of the 500,000 lost jobs could eventually become high-skilled, technical jobs. Why? Because industries such as hospitality, fast food, and retail that previously relied on lower-skilled workers will turn to automation.

It would require highly skilled engineers, software designers, and programmers to produce and service robots and computers that make french fries, check guests in at a hotel, and process dry cleaning.

Whether or not $10 or $15 an hour becomes the new federal minimum wage, a new overtime pay rule will take effect in December, which doubles the threshold at which salaried employees are exempt from overtime pay.

Salaried employees making up to $913 per week ($47,476 annually) will qualify for overtime compensation at one-and-a-half times their normal pay. This is a significant increase from the previous $455 per week ($23,660 annually) exemption level.

The Obama administration predicts the new rule will put $12 billion in the pockets of 4.2 million newly eligible employees over 10 years. However, the Department of Labor notes that 60 percent of those affected by the new threshold do not work more than 40 hours a week, so giving additional overtime compensation does little to address these issues.

Furthermore, retail and restaurant industry analysts predict that employers will respond to the higher cost of labor in other ways: through lower wages, cutting benefits and bonuses, and reducing workers’ hours.

The news often highlights the plight of workers in service industries, such as retail and fast food. These industries tend to employ more entry-level workers, so does it make sense to pay them $15 an hour?

“The only means to raise wage rates permanently is to raise the productivity of labor by increasing the per-head quota of capital invested and improving the methods of production.” –  Ludwig Von Mises

Many would argue yes. After all, they need to make ends meet as much as anybody else. However, the great economist and thinker Ludwig Von Mises once said, “The only means to raise wage rates permanently is to raise the productivity of labor by increasing the per-head quota of capital invested and improving the methods of production.”

In today’s high-tech society, technological capital can easily replace human capital if wages exceed a worker’s production value. So instead of wages to accommodate skill sets, how about skill sets that accommodate wages? If workers want $15 or more an hour, why not learn the skills that pay $15 or more an hour? Not only would this require public policy change by resisting the temptation to mandate a high wage for a fry cook, but attitude change by individuals as well. 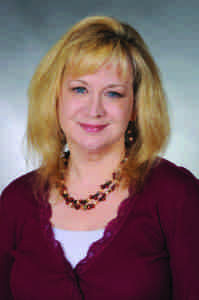 Villarreal has written studies and analyses on specific economic and retirement topics such as minimum wage effects, the jobs market, returns on stock and bond investments, retirement account reforms and the NCPA’s state tax calculator.

Villarreal routinely shares her insight with media outlets throughout the country. Her work has been covered by FOX Business News, CNBC, Forbes, Bloomberg, USA Today, Money Magazine, and The Washington Times. She is an in-demand speaker on retirement and tax issues.