From the front lines to the back office, military robots are changing the way soldiers work.

From the front lines to the back office, military robots are changing the way soldiers work. 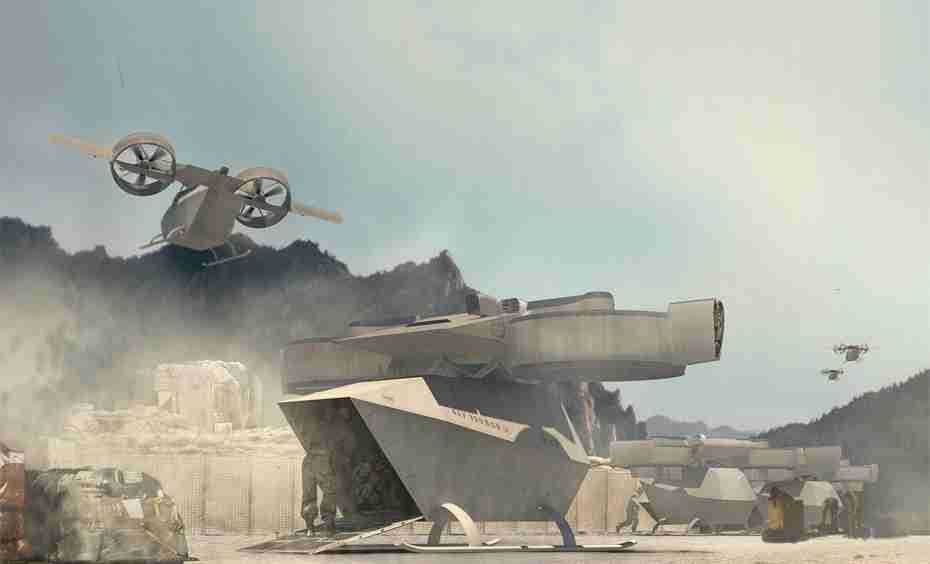 The word “robot” was coined by a pacifist. (We’ll skip the irony there and get straight to the etymology.) Derived from the Czech word for serf labor, robota, the term debuted in R.U.R, a dystopian sci-fi play penned in 1920 by Czech literary icon and anti-militarist Karel Čapek.

Tesla famously took umbrage at a reporter’s suggestion that his brainchild was ripe for weaponizing: “You do not see there a wireless torpedo; you see there the first of a race of robots, mechanical men which will do the laborious work of the human race,” he said.

In the 15 years since the U.S. deployed those ground military robots in Afghanistan, the armed forces has benefitted from a host of unmanned ground systems at its disposal.

QinetiQ’s Dragon Runners are lightweight military robots that can be carried in a backpack and quickly deployed for ordnance disposal and reconnaissance. Lockheed Martin’s Squad Mission Support System’s (SMSS) unmanned transport follows soldiers without beacons that may reveal the use of troop movements.

The global market for military robots is expected to reach $2.4 billion by 2026, with the U.S. leading the charge.

There are many risks and rewards to replacing humans with robots on the battlefield. On the plus side, military robots have become essential in extremely dangerous situations such as ordnance disposal and reconnaissance in challenging terrains.

On the downside, the development of innovative military tech is often constrained by political will, budget issues, and tortuously long development cycle times. Significant risks exist in the availability of weaponized drones and in the potential for unmanned suicide bombers in the hands of ISIS and other insurgents.

Networked back-end systems and even the military robots themselves are also vulnerable to compromise.

However, pioneering initiatives such as Hack the Pentagon and Hack the Army, in which white hat hackers were invited by the Department of Defense (DOD) to break into select DOD public-facing websites to find code vulnerabilities, may offer a path to strengthening back-end system defenses.

Then there are the ethical concerns surrounding the development of an autonomous robot fighting force, voiced memorably in an open letter presented to the 2015 International Joint Conference on Artificial Intelligence signed by researchers and tech pioneers such as Stephen Hawking.

The fact remains that we live in a society that depends on technologies initially developed for military use. The Roomba robot vacuum that stealthily scoops up your chip crumbs and pet hair is the offshoot of a heavy-duty bomb disposal unit that’s saved thousands of lives.

The Defense Advanced Research Projects Agency (DARPA) arm of the Department of Defense birthed the technology you are using to read this article, as well as groundbreaking research in satellite navigation, space exploration, life-changing physical rehabilitation technology, GPS, Google Maps, Siri, and the entire concept of the world wide web.

A recent Deloitte study estimated that the federal government could save a minimum of $3.3 billion by applying RPA technology to clerical tasks, with the advantage of reducing error rates, increasing productivity, and freeing up workers for more rewarding and interesting work.

The Drone Zone and Iron Man 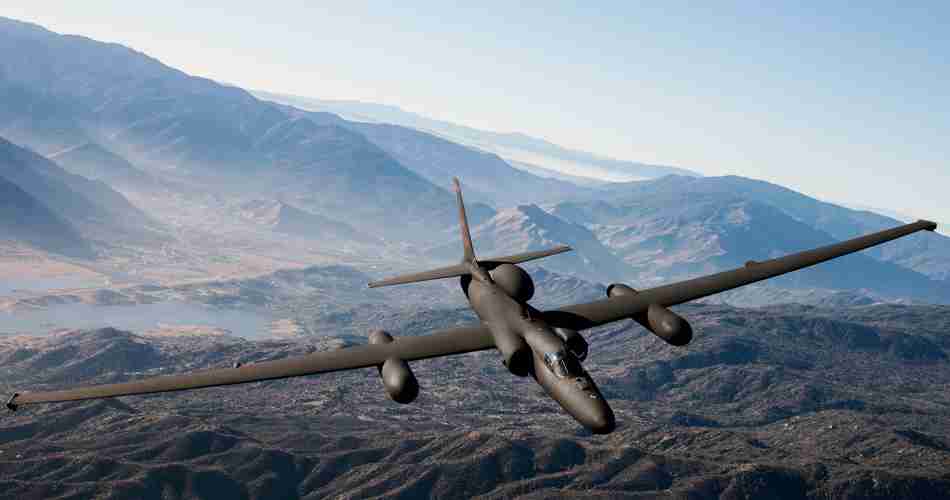 The popularity of unmanned aerial vehicles for defense applications continues to increase because of the myriad of advantages the technology delivers in intelligence gathering and scouting, border security and precision-strike combat applications.

The biggest players in defense and aerospace have dominated the sector for years, including General Atomics Systems, Northrup Grumman, Boeing, Honeywell, and Lockheed Martin.

LCAS breaks barriers that propellered drones can’t begin to reach, including the ability to make fighter jet high g-force maneuvers, fly at Mach 9 (690 mph), and launch and land without a runway—all while carrying a 500-pound weapons payload.

Ten Innovators and Products to Watch Out For

RE2 Robotics’ Highly Dexterous Manipulation System (HDMS) is an intuitive robot with arms and hands that perform like human limbs. The HDMS tackles dangerous tasks and is adaptable for ground, air, or underwater applications.

AeroVironment Inc.’s Snipe Nano Quad is a drone that’s the size of a cell phone, weighs less than five ounces, and transmits real-time images in seconds, for both daylight and nighttime operations.

Ghost Robotics’ Ghost Minitaur™ can run, jump, and pretty much scare the life out of you with its agility on dry land, wet pavement, and ice and snow. It even opens doors. The unit features proprietary direct-drive technology, and is designed with reduced mechanical complexity to make the unit more durable and less costly to produce.

Boston Dynamics Handle is for those unimpressed with wheeled military robots. It has both feet and legs to master any kind of surface. Handle is built to move effortlessly in tight spaces and can lift up to 45kg.

BAE Systems’ $4.6 million DARPA contract for its Mobile Offboard Clandestine Communications and Approach program will enable submarines to detect other submerged vessels at greater distances while lowering the risk of counter-detection.

Agility Robotics’ Cassie the robotic scout resembles an ostrich that walks with a distinctly human gait. Cassie can “go where people go” and eliminate the risks of recon missions.

7. Sarcos’ The “snakebot,” also known as the Guardian S, can slither into crevices and tight spaces and move through vertical spaces where humans can’t fit, and can be operated miles away from dangerous areas.

GuardBot is an amphibious robotic vehicle resembling a beach ball wearing a headset. It’s impervious to water, sand, and snow, features advanced radio communications and cameras, and can be integrated with navigation subsystems, processing equipment, and sensors for performance in a variety of missions.

Argo Industries is an innovative Canadian robotics company developing rugged unmanned all-terrain vehicles for military use and the Canadian Space Agency. Their Firedog XTR fire suppression robot gets close to raging fires in any environment without risking lives. 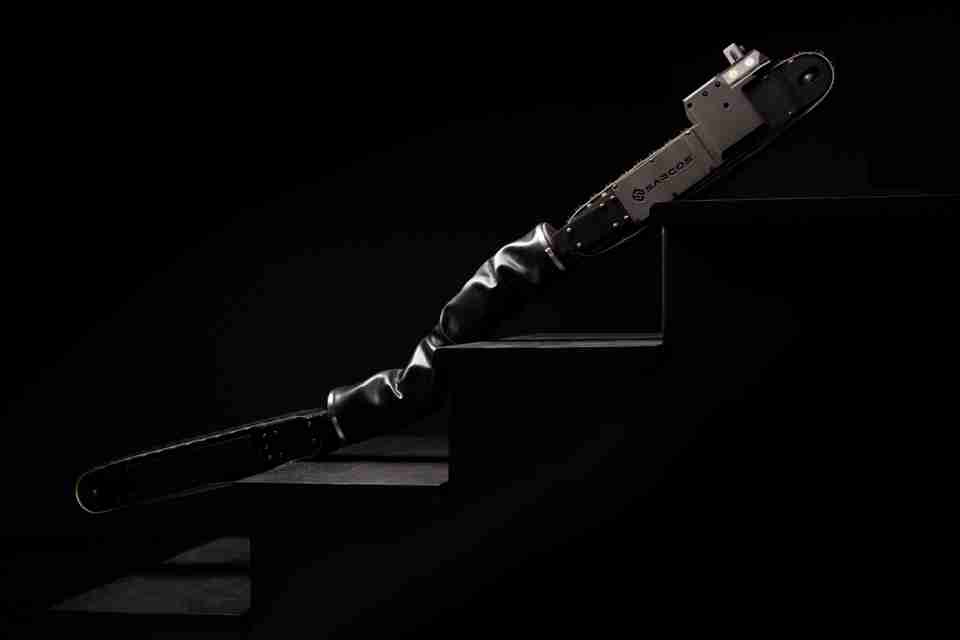 Released in July of this year, Technavio’s market research on the global military robots market points to an increased focus on robots designed to do multiple types of missions, just as humans do.

Analysts predict that military robots will be used most often for surveillance and border patrolling, especially in areas with disputed boundaries. Robots can serve as independent surveillance units to help prevent arms smuggling and terrorist infiltration across borders.

With the explosive growth of the Internet of Things (IoT) across the globe, the interconnectedness that we and our allies depend on in our daily lives will reach our toughest enemies sooner rather than later.

The IoBT program will take an enterprise approach to preparing for that uncomfortable reality. Collaboration between the government and the private sector will be essential to the success of this formidable mission.

The Army describes the IoBT as “the realization of pervasive computing, communication, and sensing where everything will be a sensor and potentially a processor.”

One thing is certain: inventive collaboration between the military and the nation’s best and brightest brought us to this moment, and it will bring us into a curious, exciting and compelling future.