Microweddings existed before, but they’ve surged in popularity during the pandemic

Microweddings existed before, but they’ve surged in popularity during the pandemic

Anyone who’s planned a wedding knows how much stress can go into it. From all the little details of the ceremony to managing expectations of family members, it can be a bit much. Anyone who’s planned a wedding that was scheduled to take place this year knows that stress, plus a great deal more. Since health orders have limited the size of gatherings, especially indoor ones, couples have scrambled to reschedule their big events, searching for a date that works for all their vendors.

McKenzi Taylor, owner of Cactus Collective Weddings in the Las Vegas area, knows all about that. “In March and April, it was pretty dramatically terrible,” Taylor told BOSS. “In that beginning phase, the marriage license bureau wasn’t open, so people literally could not get married.”

Since then, though, Taylor has seen a dramatic uptick in bookings. That’s because Cactus Collective specializes in outdoor microweddings, which have become increasingly popular as the COVID-19 pandemic stretches on. As Taylor said, millions of people still want to get married this year even if it’s not what they envisioned originally. What’s more, couples are finding they really enjoy their microweddings, and the trend might stay with us even after the pandemic subsides. 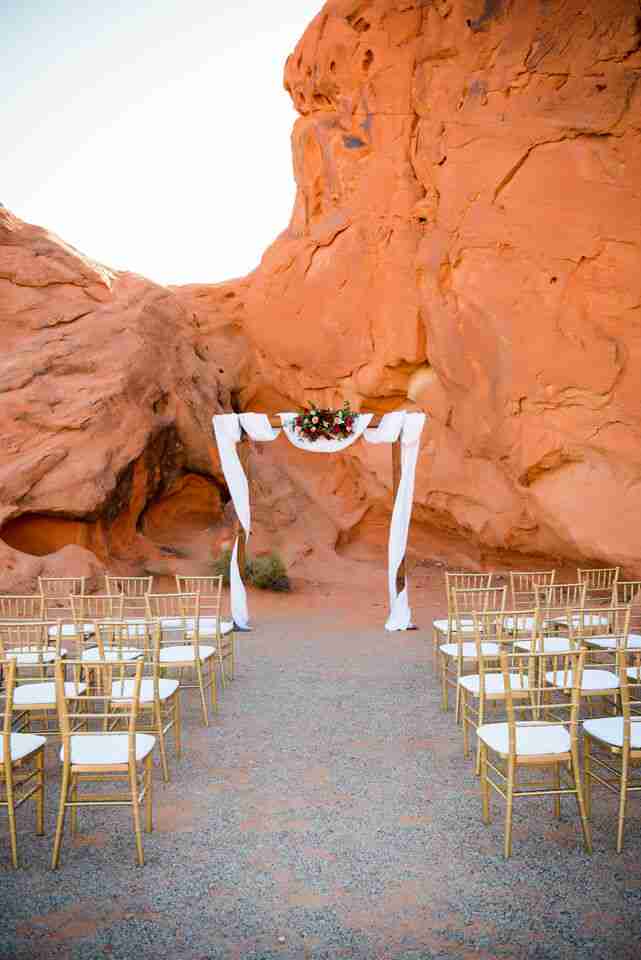 When the ground shifted under the wedding industry, Taylor and Cactus Collective had a leg up on the competition in that they’ve been staging microweddings for over a decade. The company offers packages for just the happy couple, for up to 12 people, and for 12-50 people.

“This is exactly what we focus on,” Taylor said, “small, intimate settings and wide open desert locations.”

As a result, Cactus Collective hasn’t had to alter too much about its operations. Making sure vendors and the team are masked up and that sanitization protocols are followed and communicated well to clients is important, but “other than that none of the weddings we do now are really different.”

“This is what we live and breathe and have been doing for years,” Taylor said. “We have it down to a science. We have our ceremonies, photos, the whole thing down to a 90-minute time frame.”

Still, she understands many couples who had planned traditional weddings have had those plans completely upended and might never have thought of microweddings prepandemic.

“It’s interesting being not the first choice. People are coming to us as the second option, which is really not the way I initially set up this business,” Taylor said with a laugh. “It’s been a little bit different setting expectations with couples.”

There have been learning curves, “but for the most part, everybody has been extremely excited at this point to just be able to get married.” 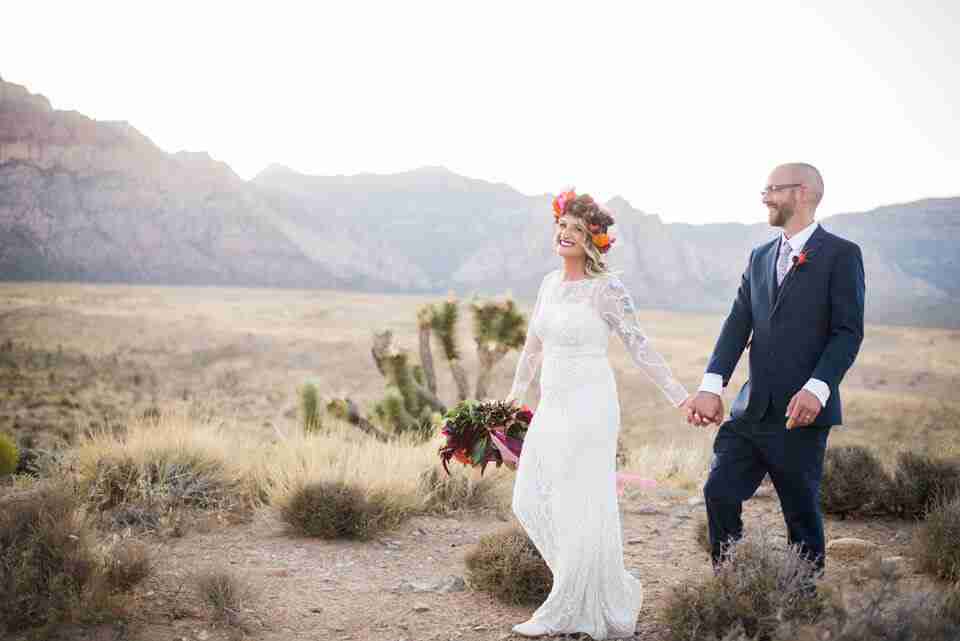 At the same time as the pandemic is forcing them to overhaul their plans, a lot of couples are embracing the benefits of microweddings.

“It’s almost as if a weight has been lifted off their shoulders,” Taylor said. “A lot of people tell me that this is kind of the way they wanted to do it anyway, but they felt a lot of pressure from family” to have a traditional wedding.

Microweddings can save couples money while still being a lavish experience.

“The nice thing about having a smaller guest count and doing it in a beautiful scenic setting is you can spend more money on each guest,” she said. “You can go to a really nice restaurant and spend more per plate, or maybe have more lavish floral arrangements. Your dollar just goes a lot further.”

There’s more opportunity for all the guests to share in the couples’ experience and make it a time of bonding. Eyes are opening to new possibilities and perspectives shifting to the notion that weddings are better when they’re intimate and inclusive, Taylor said.

Many couples still have deposits down with venues and still plan to have a larger reception in the next year or two. With the ceremony and making it official out of the way via microwedding, they can focus on just having a good time at the big event later.

“When you have your wedding ceremony and reception at different times, there’s so much less pressure,” said Taylor, whose own elopement inspired the idea for Cactus Collective. Some elements of a traditional wedding can drag on for guests. “People really just want to come to a party, from my experience. Not everybody, but people want to have a good time when they go to a wedding.” 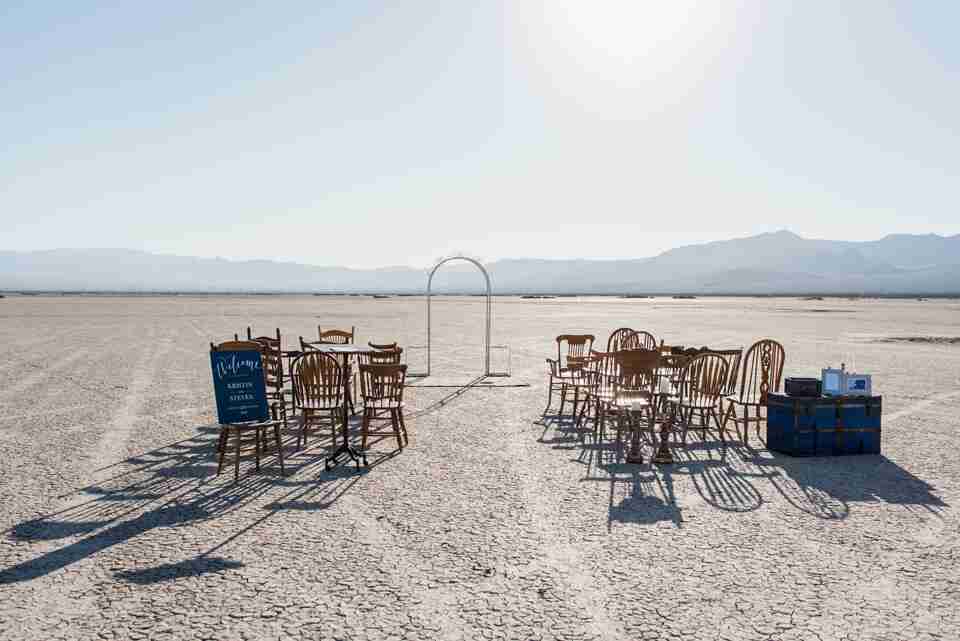 As the pandemic and smaller gatherings may be with us for some time, Taylor envisions the microwedding trend being big over the next couple of years. Because of those eye-opening benefits, microweddings could remain popular well into the future. As such, Cactus Collective is expanding from Nevada to Colorado and South Dakota and adding more venue locations around Las Vegas. The expansion had been in the works for some time, but the pandemic-driven surge in demand plus the limitations on travel made now the right time.

Red Rock Canyon National Conservation Area and Valley of Fire State Park around Las Vegas are two of Taylor’s favorite places to stage weddings. They and several other of the natural settings Cactus Collective operates in require permits and have restrictions on décor. Working with professionals who have the proper permits and focus on leaving no trace is important.

“We always have permits,” Taylor said. “We definitely don’t want a ranger or some authority coming up on our intimate event saying, ‘Hey, do you have a permit?’”

While it might make for a good story years down the line, couples definitely don’t want their weddings cut short by getting kicked out of a national park.

Done the right way, microweddings in natural settings can be beautiful and intimate while taking care of the land and incorporating elements of traditional weddings such as cake cutting, champagne toasts, and first dances set to acoustic music.

“They tend to be very romantic and private,” Taylor said. “I think that experience in and of itself is something people really look for.”