It’s 2017 and the microchip for workers has arrived. A surprising majority of employees at this tech company opted to have it implanted.

It’s 2017 and the microchip for workers has arrived. A surprising majority of employees at this tech company opted to have it implanted. 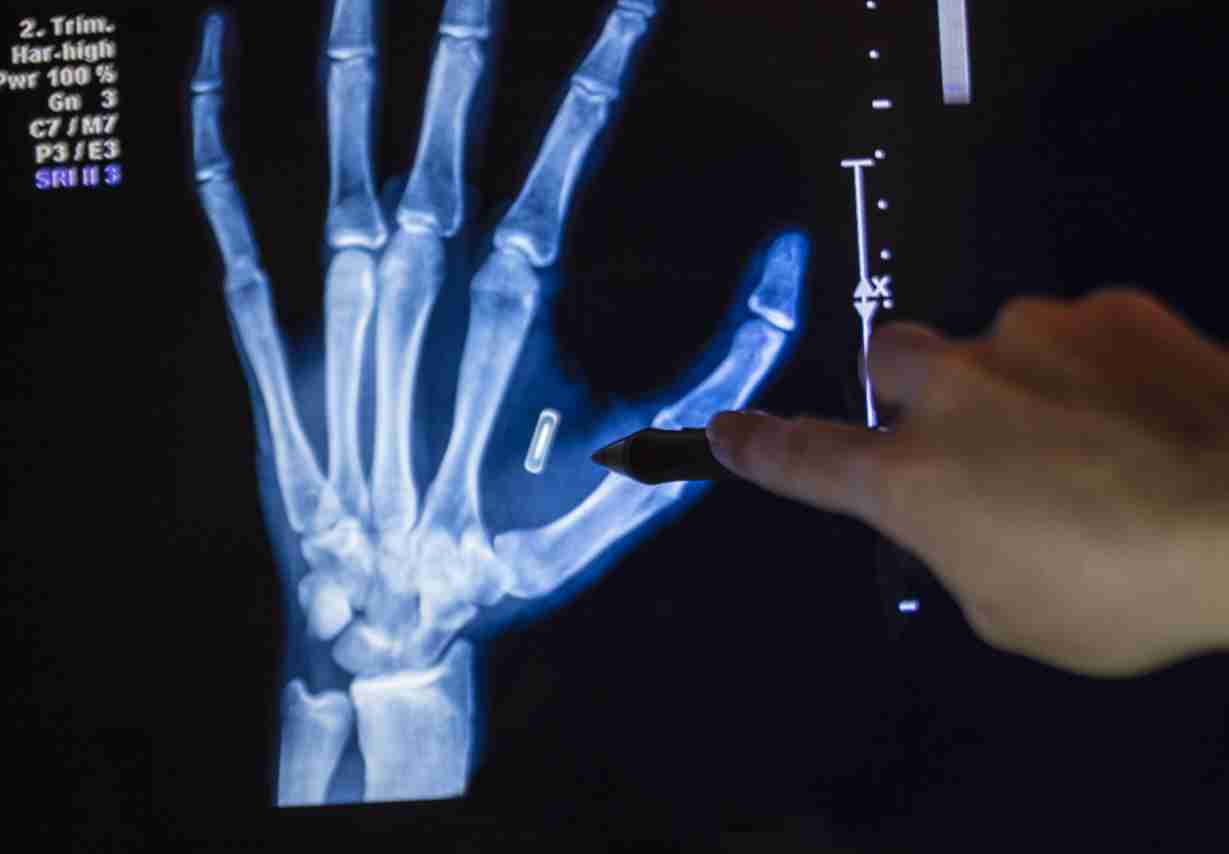 32Market is a company based in River Falls, Wisconsin that provides technology for break rooms and micro markets across 20 countries.

A syringe is used to implant the rice-sized microchip—which uses radio–frequency identification (RFID) technology—underneath the skin, between the thumb and forefinger in mere seconds.

Swedish company BioHax International, which developed the microchip, equates the RFID technology to carrying a credit card or smartphone.

The program is a partnership between Biohax International and 32Market, and while they are the first to bring it to the U.S., it’s already used in businesses throughout Europe.

The Purpose and Potential of the Microchip

Employees that opt for the microchip will be able to access the building, log onto computers, and even purchase food in the break room with a simple swipe of their hand.

“We foresee the use of RFID technology to drive everything from making purchases in our office break room market, opening doors, use of copy machines, logging into our office computers, unlocking phones, sharing business cards, storing medical/health information, and used as payment at other RFID terminals,” said Todd Westby, CEO of 32Market.

32Market officials understood the decision to offer microchip implants would cause apprehension in their employees.

What the company was not prepared for was the positive reaction from most of their employees.

Over 50 of the company’s 92 employees have opted to have the microchip implant.

“Much to my surprise, when we had our initial meeting to ask if this was something we wanted to look at doing, it was an overwhelming majority of people that said yes,” added Westby. “It exceeded my expectations.”

Skepticism Regarding the Microchip 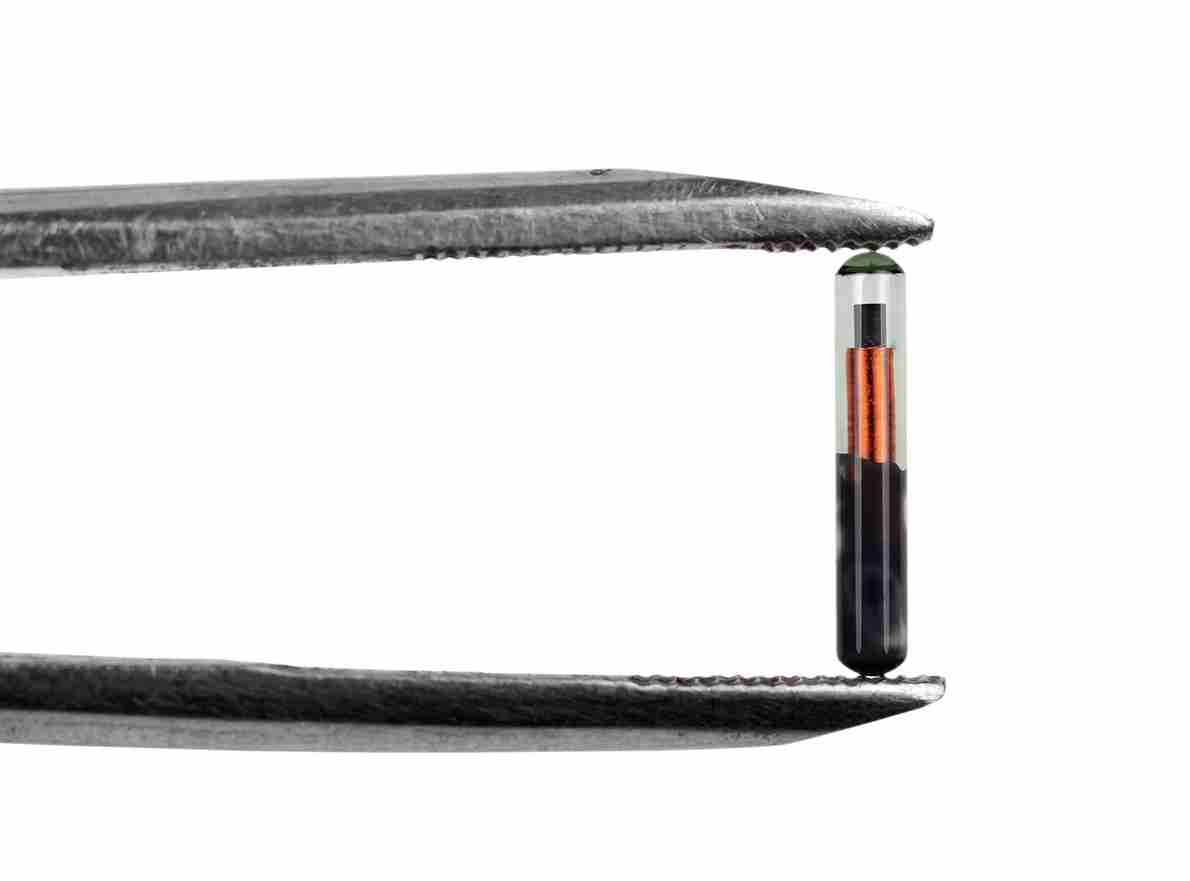 However, not everyone has embraced the idea of having a microchip implant.

“There are some people that are apprehensive and have questions, and there’s others that just say, ‘that’s not for me,’ said Patrick McMullan, President and COO at 32Market.

Despite the overwhelming support, there remain employees who are apprehensive about microchip implants.

“Because it’s new, I don’t know enough about it yet,” said Melissa Timmins, Sales Director of 32Market’s TurnKey Corrections. “I’m a little nervous about implanting something into my body.”

Even then, she expressed excitement that the company is taking part in something so innovative.

“I know down the road, it’s going to be the next big thing, and we’re on the cutting edge of it,” added Timmins.

Officials at 32Market maintain that the data in the microchip is encrypted and does not use GPS.

“All it is an RFID chip reader. It’s not a GPS tracking device. It’s a passive device and can only give data when data’s requested,” explained Westby.

“Nobody can track you with it. Your cellphone does 100 times more reporting of data than does an RFID chip.”

Nevertheless, privacy concerns over the microchip’s potential capabilities in the future remain prominent.

“This is one of those technologies that sound like it might create some kind of efficiency, but to me the downside is just too great,” said Michael Zimmer, Professor of Internet Ethics and Privacy at the University of Wisconsin–Milwaukee’s School of Information Studies.

The professor insists that what 32Market is aiming for can be easily achieved through less invasive methods, such as an app on your smartphone.

“Part of my general concern is that we don’t go too fast and that we understand the implications of these sorts of technologies, which is why it’s good we’re having this conversation,” added Zimmer.

“Companies often claim that these chips are secure and encrypted,” he said. However, claiming something is encrypted “could include anything from a truly secure product to something that is easily hackable.”

The Choice is Yours

The company has moved forward with their microchip program and remains confident in it.

Additionally, the company has made it clear that it is not mandatory for its employees to get the microchip.

“We stressed right out of the gate that we don’t want anybody to feel that they have to do this,” added McMullan.

The Future is Now

Despite the mixed reception, 32Market continues to embrace its new program.

“We want to be on the forefront of this. This is something’s that’s coming,” said Curt Giles, President at 32Market.

The company currently uses the newly implanted microchip system strictly in-house, and in the past few days, other companies have begun expressing interest in implementing the program as well.

The rise in interest echoes what 32Market officials predict will be a widespread use of microchip systems.

“Eventually, this technology will become standardized allowing you to use this as your passport, public transit, [and] all purchasing opportunities,” added Westby.