The Football Man With a Backup Plan: Michael Robinson Exclusive

Talk about being prepared. See how Michael Robinson’s backup plan is helping him navigate life after football.

Talk about being prepared. See how Michael Robinson’s backup plan is helping him navigate life after football.

From the September issue of BOSS Magazine

Football Sundays are a coveted tradition for many Americans. Entire days are spent in front of the TV, digesting one of the country’s favorite pastimes and thousands of delicious calories. And while the game of football on its own is entertaining enough, the power the game has in people’s lives is what really brings people back week after week. 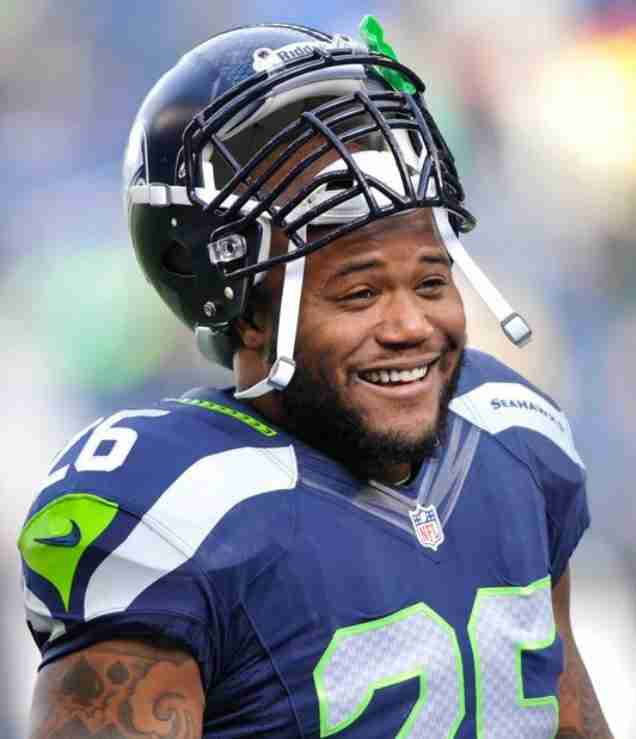 It creates a sense of camaraderie and community among fans of the same team, brings families together, and—as long as there’s sportsmanlike conduct—can create healthy and fun competition between friends.

But in the past few years, the sport, its players, and the leadership at the NFL have taken a few missteps. Player arrests, botched rulings against teams, and a general feeling that the players may not care about much more than the game have created a cloud over one of our favorite sports.

That’s why it’s so important for the public—and especially fans of the game—to know about men like Michael Robinson. The family man, NFL Network commentator, and championship-winning fullback recently made some time for BOSS Magazine to talk about his backup plan before his career launched, his life after football, and the importance of giving back.

But to know how he became so prepared to both enter the sport and give up playing it, we have to go back to school. It was incredible to listen to the 2011 Pro Bowl pick talk about his time at Penn State as a quarterback and wide receiver. In a sport where ego and a feeling of invincibility define the athlete, Robinson credited Joe Paterno with encouraging him to plan for the end of his NFL career, and to have a backup plan, before it even began.

“He told me there were a lot of things in life that were bigger than football,” Robinson shared. “It gave me a perspective that leveled me a little. Ever since I met him, I’ve been thinking five or ten years into the future.” 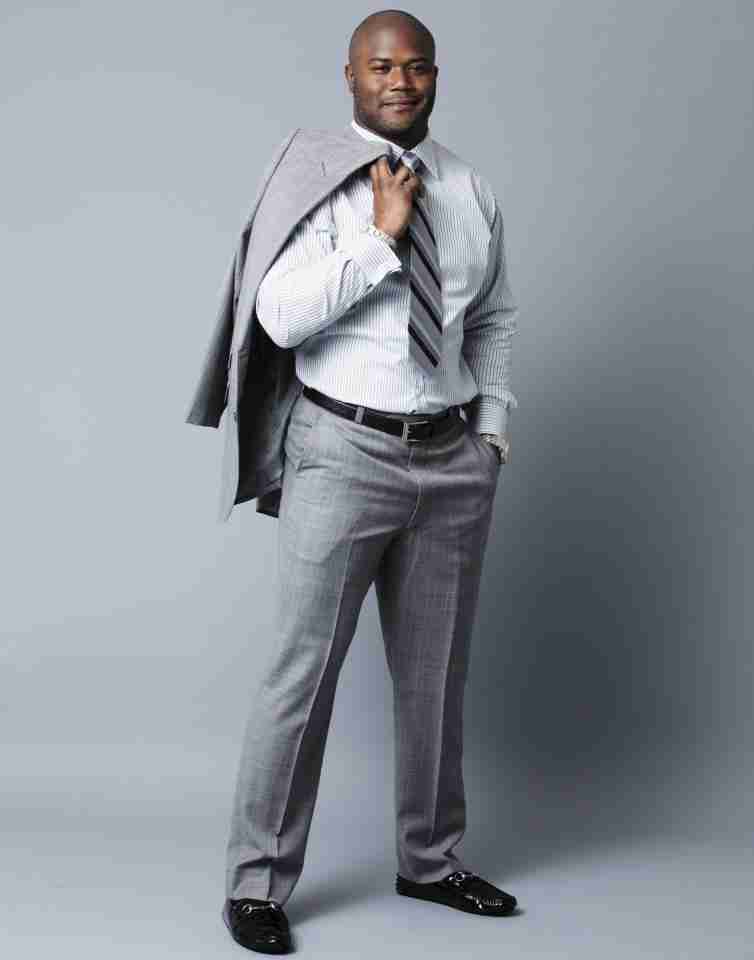 To set himself up for success beyond the NFL, and to have a backup plan in case the NFL didn’t pan out, Robinson earned his Bachelor of Arts in Advertising/Public Relations in 2004, and a second BA in Journalism the following year. His mom acted as the inspiration behind his two degrees.

His time in the NFL was full of equally amazing connections and interactions with some of the game’s best. Robinson was drafted by the San Francisco 49ers in 2006, though the quarterback-turned-fullback ended up playing the majority of his career with the Seattle Seahawks.

“In 2006 the NFL called, and the stopwatch started on my professional career. It was only a matter of time until people wouldn’t be screaming my name on a Sunday,” he said pragmatically.

Short, fun videos he filmed around the locker room punctuated his time at the 49ers, joking with the other players and giving viewers an inside look at the organization. Robinson knew he had something good on his hands when he started receiving hundreds of letters and emails with requests on what to do next.

The antics continued at Seattle, where he founded a YouTube channel—The Real Robinson Report—and began by filming then-rookie Richard Sherman. 2011 brought the lockout season, and Robinson documented the uncharted territory, sometimes to millions of views online.

“We almost went without football that year,” he said. “I wanted to show that possibility through the guys on the team. I was sitting in front of my locker in Seattle and pulled out a camera and just started talking. It was a good way to show the unique personalities in the locker rooms and to create something different. It also gave me a dry run to make mistakes before I pursued a career in front of the camera.”

The 2014 pro football championship between the Seahawks and the Denver Broncos was Robinson’s last time on the field as a player. The Seahawks defeated the favored Broncos 43-8—there couldn’t have been a better way to go out for Robinson.

“In football you feel invincible, like you can do it forever, and that the world revolves around you,” he shared. “But that’s not how life is. In hindsight, it was only a small portion of my life. To be honest, I couldn’t wait for this chapter to be over and do something career-wise for 40 years.”

This is exactly why it would be a mistake for anyone to define Robinson as only a football player.

While the sport has played a tremendous role in his life: opening the door to his current position as a commentator and analyst on the NFL Network and giving him the fame and the ability to set up a charity, it’s not who Robinson is at his core. 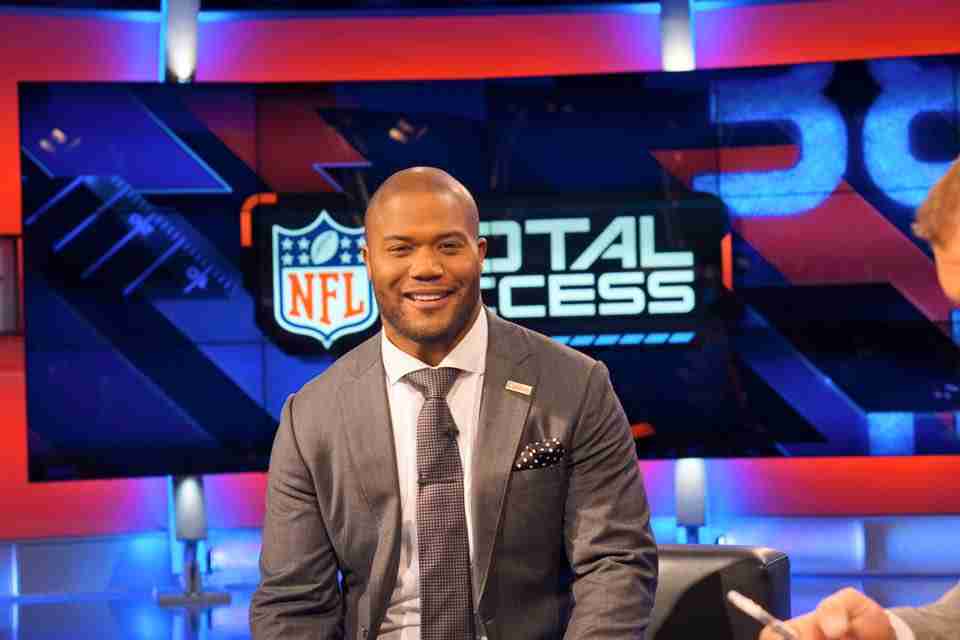 “For much of my life I thought my purpose was football—it was the reason I woke up in the morning for several years. But I love to communicate, I love to talk, I love to engage with people. My love for football and my love for being a role model has created my purpose: to leave something for the next generation.”

If Michael Robinson needed defining, I would say he is first and foremost one of the good guys, destined to be a strong male figure in the lives of the kids who don’t have a dad to call their own. This desire to become a role model manifested from the understanding that many lower-income communities may not have a man present in their family.

Robinson has made it his life’s goal to make sure kids without the greatest of circumstances have a good foundation to be successful in life. Excel to Excellence, founded by Robinson in 2010, aims to give these “opportunity kids” the ability to be MVPs in their own lives.

While the organization puts on a myriad of events from a youth football camp to celebrity waiter fundraisers, Excel to Excellence’s main program is Team Excel. Here, the kids become the fantasy players, and the football stars and community mentors become the interested party watching their progress week to week.

“Without guys like our community mentors, some of these kids have no hope,” Robinson shared. “We have a playbook for the kids for the semester. Setting it up like Fantasy Football gives them a competitive component to drive their success. It includes tasks like turning in a resume or application, attending class every day, scoring well on tests. We want kids to think about the impact of not performing now has on their future.” 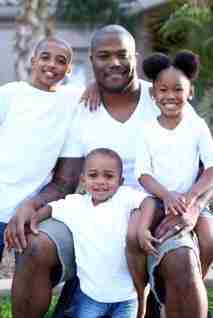 His organization provides a great way for his kids to learn about good-guy dad, not just the football player. To Robinson, the charity and his family occupy a similar place in his heart: his kids know the students, go to the games and the football camp, and his oldest boy even holds the chains at games.

“We need to show our kids that if you aren’t giving back, if you’re not bringing the people behind you up, you’re not succeeding in life.”

Robinson and Excel to Excellence have a lot of goals for the years ahead: a learning center in Richmond, Virginia is in the works, and Robinson is in talks with several other NFL teams to bring new players to Team Excel.

“I feel like it’s my job to let these guys know that whether they want to be or not, you are role models to thousands of kids. A lot of the guys in the NFL today forget that they came from communities just like the ones Team Excel is trying to help. But we’ve got a lot of guys interested in joining our team and we can’t wait to bring them on.”

With the passion and drive Robinson exhibits in every other aspect of his life, it’s no surprise that his personal and professional goals are lofty as well.

“No one is doing it like me right now.” he shared. “I want to continue to be a rockstar on TV, I’ve got a contract with the NFL Network for a few more years, and then I’d love my own show: maybe a late night sports talk show. I’ve built the foundation to grow, we’ll see where it takes me. I may not be a hall of famer, but I’m confident in my abilities and who I am.”

Football fans take note. The next time you generalize who a player is, keep Michael Robinson in mind.

For more exciting content on the 21st-century workplace, check out the September issue of BOSS Magazine.