When we talk about climate change, carbon dioxide gets a lot of attention. It’s understandable. CO2 emissions are a big factor in warming the planet. We don’t talk as much about methane, but while CO2 lingers in the atmosphere longer, methane has up to 80 times the warming power that carbon dioxide does in the first 20 years after its release. It accounts for a third of global warming from human activity.

Not only is methane a product of animal agriculture (yes, cow burps are a major contributor), it also seeps out when oil wells and gas pipelines leak. On Tuesday at the COP26 summit in Glasgow, President Biden laid out a plan to enlist the U.S., E.U., and other nations to reduce methane emissions by 30% over the course of this decade.

The American Petroleum Institute might be on board as well, with senior vice president Frank Macchiarola saying the “EPA has released a sweeping proposal, and we look forward to reviewing it in its entirety,″ and that the institute would work with the EPA on a plan “that is effective, feasible, and designed to encourage further innovation.”

Also in Glasgow, 100 countries vowed to end deforestation before the decade is out. As with all these promises, on deforestation and methane, the proof is in the pudding. Pledges are one thing, meaningful action quite another. 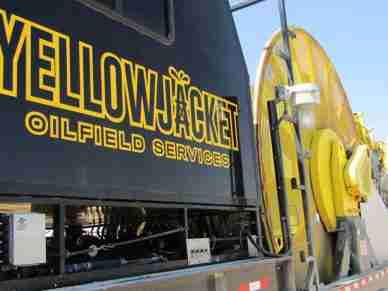 When the Bust Goes Boom

Since its purchase in 2015 by Lacy and Dorothy Harber, Yellowjacket has grown organically and through mergers and acquisitions, operating with the Controls and Procedure standards found in public companies combined with the speed and sagacity of a privately held enterprise.