We explore this month in manufacturing industry trends

We explore this month in manufacturing industry trends

Nike makes 71% of kicks out of trash…

This month, Nike proclaimed that 71 percent of its footwear now contains materials made from waste products from its manufacturing process.

This includes ground-up pieces of old shoes and scraps from the company’s factories.

“From an impact standpoint, materials matter the most. In fact, in one pair of Nike shoes, 60 percent of the environmental impact comes from materials,” wrote Mark Parker, the company’s chief executive, in a letter announcing the release of Nike’s latest sustainability report.

Six years ago, the company vowed to halt purchases of carbon offsets in lieu of efforts towards cutting its own emissions. The end goal being a “closed loop” system, where all manufacturing processes are waste-free.

So far, using recycled material in their manufacturing has been an integral step. Nike Grind is a material that reuses slices of scraps and old shoes to generate three parts, which can then be printed into rubber bits, foam or fluffy fiber.

These materials are not only used in shoe production, but is sold to outside buyers to create running tracks, playgrounds, gym floors, and carpet overlay. As the company points out, Nike Grind can be used for LEED certification points. Combined with the use of special waterless dye technology, Nike has reduced its water usage by over 5 million gallons.

“I never knew how excited I could get about waste. If the world were to reframe how it thinks about waste, it is the delta between the ambition we have collectively to get to a low-carbon world and where we are now.” Nike’s Chief Sustainability Officer Hannah Jones explained.

“We’ve set a moonshot challenge to double our business with half the impact,” Jones added. “It’s a bold ambition that’s going to take much more than incremental efficiency – it’s going to take innovation on a scale we’ve never seen before.”

Researchers at the University of California, Berkeley released findings from a new study that show one-third of U.S. manufacturing workers are on some form of public assistance. These manufacturing industry trends demonstrate that manufacturing jobs may not be as high quality as typically understood.

Ken Jacobs, the Chair of UC Berkeley’s Labor Center and co-author of the report said, “Manufacturing has long been thought of as providing high-paying, middle-class work, but the reality is the production jobs are increasingly coming to resemble fast-food or Walmart jobs, especially for those workers employed through temporary staffing agencies.” 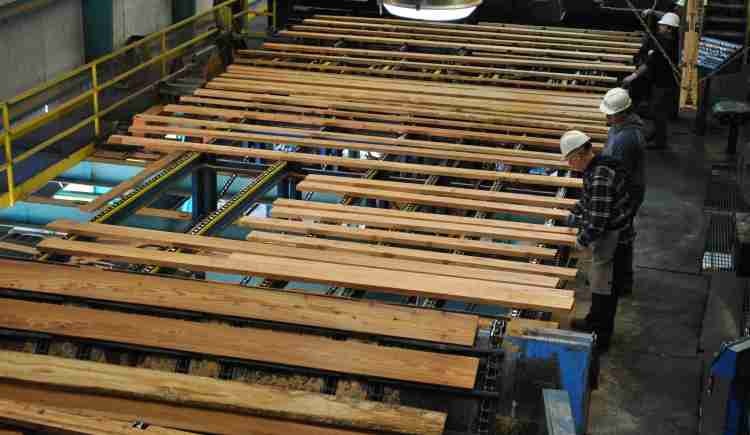 “Previous studies have shown that FSC certification has a positive impact on the environment, and the people who live and work in forests, but it’s been harder to show the true financial benefit for the businesses who partner with us,” noted FSC Director General Kim Carstensen.

“We are an NGO, but we are also an important tool in the marketplace, and we can only be successful in safeguarding the world’s forests if it makes good business sense. That is the premise of certification, and it’s the success of FSC.”

The results demonstrate that tropical forest companies and small-to-medium producers benefit the most from FSC certification since they typically receive the highest premiums in any geographic location.

“Tropical forests are vital to the future of our planet, and the communities who rely on them for their livelihoods need better market access. FSC certification helps provide that, and the price premiums reflect the high-end and niche markets they tend to supply. Investing in sustainable tropical timber is essential to the future of our forests, ” Carstensen explained.

So despite company-by-company variance, the financial perks of an FSC certification definitely outweigh the costs. The most premium value has been seen in positioning for market premiums and optimizing operational improvements following FSC guidelines. In the same vein, manufacturing industry trends point to buyers seeking out products can also ensure that they source from stable suppliers and invest in long-term responsible forestry.