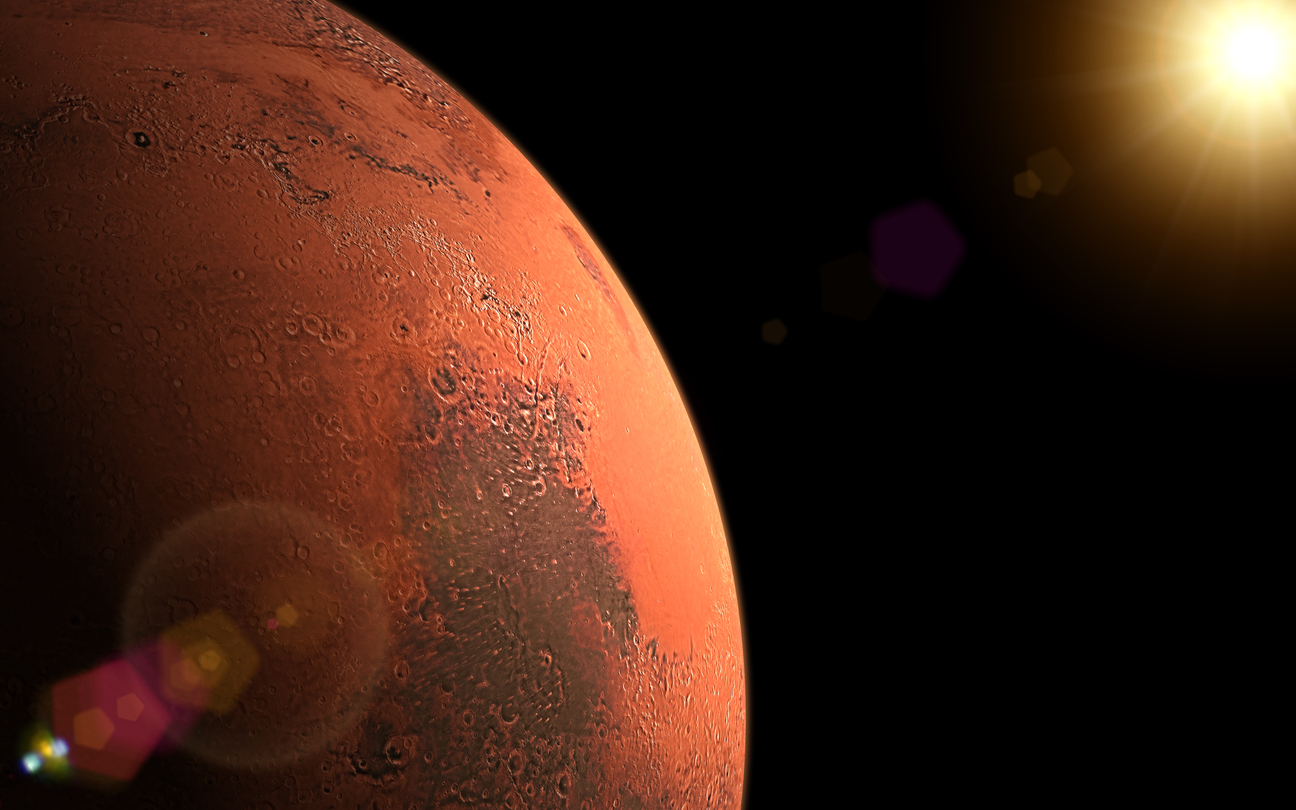 Whether it’s due to technological advancement, the insatiable curiosity to explore, or fears that humanity is destroying its home planet, the prospect of space exploration and colonization is taking an increasing hold on the public consciousness. Despite increased interest, there remains a handful of logistical issues keeping humans Earth-bound — not the least of which is fueling the spacecraft that will propel adventurous mortals through the stars.

Fortunately for aspiring astronauts, NASA may have found a new source for rocket fuel on the Red Planet.

The Problem with Terrestrial Fuel

As the prospect of civilian space tourism courtesy of SpaceX, Blue Origin, and Virgin Galactic has shown, space travel isn’t cheap. Sending one kilogram of material into space costs nearly $5,000, so the cost of transporting extra fuel adds up quickly.

While the price of transporting propellant is exorbitant, a greater problem lies in the the amount of fuel spent transporting such material. In an article written for IEE Spectrum, Kurt Leucht, leader of the NASA team researching the use of Martian dust as fuel, explains that transporting one kilogram of rocket fuel to Mars would require the expenditure of 225 kilograms of fuel. Such inefficiency is clearly not sustainable.

Leucht’s team at NASA subdivision Swamp Works is hard at work developing a fully automated facility that can be placed on Mars and convert regolith (dirt, dust, and pieces of broken volcanic rock) into fuel. Such a development would mean that people can leave Earth to live and work on Mars and eventually make a return trip home.

The robots on Mars will extract water from the regolith, then split the water molecule using an electrolyzer to obtain hydrogen and oxygen molecules. Once extracted, the hydrogen and oxygen can be combined with carbon pulled from the Martian atmosphere to create methane. It is this methane that will be used as rocket fuel.

The leftover regolith that has been stripped of its water can be further repurposed. Research is already underway at NASA to find ways to use the Martian dust in 3D printing and as building material.

The robot being developed to mine Martian dust is known as Regolith Advanced Surface Systems Operations Robot (RASSOR). The machine needs to meet specific requirements in weight and digging ability. Since transporting material to Mars is so expensive, RASSOR needs to be lightweight, and due to the low gravity of Mars it needs to be able to dig deep enough to get water-rich regolith without using its weight.

Once RASSOR and its fellow machines that will create rocket fuel have been tested successfully on Earth, the machines will be deployed on the moon. On the lunar surface, the facility will do further test-runs in low gravity. If testing on the moon is also fruitful, the next step is to Mars — and beyond.