What started out as a number of smaller companies is today one of the largest Canadian brands on the market thanks to the strategic planning...

What started out as a number of smaller companies is today one of the largest Canadian brands on the market thanks to the strategic planning and smart business savvy of the Order of Canada award-winner Wallace McCain and his son, Michael. For over 170 years, Maple Leaf Foods and its predecessors have served the residents of Canada by providing quality meat and bakery products. Take a look at the history behind this billion dollar company that employs more than 24,000 Canadians, and specifically, at the men that made it what it is – Wallace and Michael McCain. 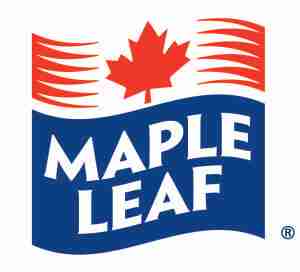 In 1927, several of Toronto’s meat packers, including the largest pork processor in the city William Davies Company, merged to become a force in the Canadian food marketplace. Known at the time as Canada Packers, this company was the founding agency for the business that would later become Maple Leaf Foods.

In the 1990s, after coming out of a slump that almost closed its doors, the company merged again with Maple Leaf Mills and was purchased by businessman Wallace McCain. McCain was recovering from a slump of his own at the time. Forced out of his family’s business after feuding with his brother, McCain took the new company on with hopes of revitalizing it even further.

Maple Leaf Foods continued to grow under the leadership of Wallace. 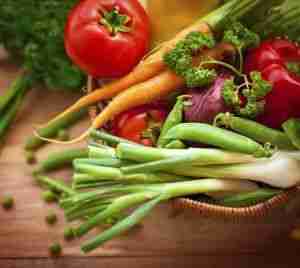 “I don’t believe in free lunches. I was brought up to believe in always working.”

This was the motto McCain followed in life and he applied that same reasoning to Maple Leaf Foods. In 1995, Wallace brought his son Michael to work by his side. Michael had cut his teeth working in the sales department of McCain Foods, the a major French fry processing business started by Wallace in the 1950s, after graduating from Ivey School of Business with a BA in Business Administration. In 1999, Michael became the President and Chief Operating Officer of Maple Leaf Foods.

Under the leadership of Michael McCain, Maple Leaf bought one of Canada’s largest agribusinesses, Schneider Foods. This purchase included the acquisition of a large slaughterhouse in Brandon, Manitoba and Mitchell’s Gourmet Foods.

Expansion to the U.K.

Michael was instrumental in the expansion plan that took Maple Leaf Foods international. In 1996, the company established a bakery in Rotherham to serve as a subsidiary of Canada Bread. Canada Bread Company, Limited, was initially founded with the amalgamation of the original five companies in 1911.

A large part of the Canada Bread business was the New York Bagel brand, a company that now supplies most of the bagels enjoyed in the UK.

Maple Leaf continued to diversify its bakery division. It 2006, they acquired three new businesses, expanding their market to baguettes, soft pretzels and other trendy types of bread. In 2014, Maple Leaf sold off the Canada Bread division to Grupo Bimbo for C1.83 billion dollars, according to the company website. Today, Maple Leaf Foods is Canada’s leading food processor with sales of C5.2 billion dollars as of 2008.

In 1956, he founded McCain Foods with his brother Harrison and made Florenceville the corporate headquarters. Together, they expanded to 50 plants in 15 countries and made over a million pounds of French fries an hour. These are the fries found at major fast food restaurants like McDonalds and Wendys.

As the relationship between the two men deteriorated, Harrison looked for ways to push his brother out. Wallace told The Globe and Mall that being dumped from the business he had helped build was the biggest thing that had happened during his lifetime. Eventually, he stepped down as president of McCain Foods but managed to maintain one-third ownership of the thriving business.

In 1995, Wallace McCain was made an Officer of the Order of Canada, designated as one of Canada’s most notable entrepreneurs. In 1993, he was inducted in the Canadian Business Hall of Fame. He died on May 13, 2011, leaving behind a legacy that inspires other young entrepreneurs. The Wallace McCain Institute runs programs that teach others how to succeed in business.

As President and Chief Executive Officer of Maple Leaf Foods, Michael McCain runs what the company website describes as a performance-driven culture. He maintains the standards set by his father by promoting transparency and integrity in his business dealings.

Along with his role at Maple Leaf Foods, Michael is the director of McCain Capital, Inc. and a member of the board of both the Royal Bank of Canada and the Hospital for Sick Children in Toronto. He also serves on the advisory board for the Richard Ivey School of Business, his alma mater. He is an advocate for mental health issues as a member of the Centre for Addiction and Mental Health Foundation, as well.

Michael McCain made Canada’s Rich List, a list of the 100 richest Canadians created and published by Canadian Business Magazine.

Wallace could have let the expulsion from his family business have a negative impact on his life, but instead, he used to inspire the world. Just before his death, McCain was listed by Forbes as the 13th wealthiest Canadian with a net worth of 2.3 billion dollars. His legacy continues as his son makes his own contribution to business through Maple Leaf Foods and the companies he manages today.

Anthony Dadovano said, “A good leader is not the person who does things right, but the person who finds the right things to do.” If you look at the history of these two men, you see leaders who took what was before them and built something extraordinary from it.