Manny Stul: Moose Toys CEO and Entrepreneur of the Year

Manny Stul and I have been talking for a few minutes about his new Entrepreneur of the Year title and what led him to be... 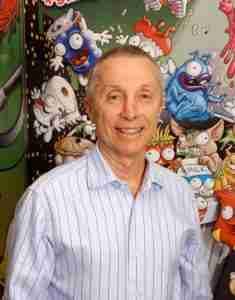 Manny Stul and I have been talking for a few minutes about his new Entrepreneur of the Year title and what led him to be the CEO of one of the fastest growing toy companies in the world—standard conversation after winning EY’s illustrious award.

Stul isn’t bored, but he has had these conversations a lot since receiving the honor.

And then I mention Shopkins.

For those of you that don’t know, Shopkins are cute supermarket-themed miniatures and the new “it toy”. My three-year-old niece loves them, and I was given strict instructions by her that I had to ask about them.

Manny Stul’s energy changes—his enthusiasm for his job becomes palpable, and it’s easy to see him as ‘Mr. Moose’, CEO of the wildly successful Moose Toys based out of Melbourne, Australia.

With Shopkins being declared the Toy of the Holidays by the media in Canada, the U.S., and Australia, Stul should absolutely be excited. It’s the best-selling toy in the U.S. for girls aged 4-12 years, largely because of the widely successful YouTube and social media campaigns. Shopkins-related videos on YouTube have garnered over half a billion views, and the ticker keeps going up.

But the magic about Moose Toys is that Shopkins aren’t the company’s only successful product—just about everything released hits the target. And a lot of that, Stul shares, is instinct.

“Our staff just know what will hit the target. We do very little market research and go with our gut—and it pays off,” he said. “There are people here that are far more intuitive than I am.”

Stul took control of Moose Enterprise in 2000, growing it from 10 people to more than 200. But before taking the lead role with Moose, he founded what would became one of the largest gift companies in Australia, Skansen Giftware, in 1974.

With this venture came a good understanding of wholesale distribution and project development, skills that have become necessary in his most recent positon. Skansen Giftware listed on the ASX in 1993, and Stul sought a new challenge at the beginning of the new millennium.

Moose Toys is now the fourth largest toy brand in Australia and the sixth in the U.S. With such a rapid ascension in one of the biggest toy markets in the world, the pressure is on. Luckily, this is a toy company, and if you’re not having fun at the job you’re probably in the wrong industry.

“It’s a very enjoyable job,” Stul said. “It’s an innovative industry and an exciting company to work for. I have a lot of fun.”

He isn’t the only one who has a good time. Though the work is hard and the hours are often long—the company has an exceptionally fast track record for getting toys to the market—Moose Toys’ employees are passionate, love what they do, and are committed to doing it well.

“We have a fantastic culture that is based in part on us being selective with our employees. You can’t teach people to be passionate about what they are doing.”

This company-wide passion was clear to EY, as was Stul’s entrepreneurial spirit. 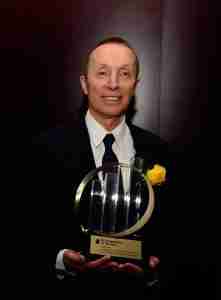 “The candidate pool was incredible this year,” Stul said. “I’m very proud of what our team has done. The award is more of a credit to the business than to me. It’s been an exciting time, and I’m very grateful for the support.”

Stul was more excited about what the award meant for the business—international recognition from Ernst &Young will go a long way towards creating opportunities for the business, potentially opening doors quicker than before in new and emerging markets.

This will be the key to expansion strategies for Moose Toys going forward. Before the company began selling its products under the Moose Toys moniker in the U.S., it was using third parties and distributors to get toys to market. Once it made the decision to lead with its own company name, relationships took a long time to build.

This Entrepreneur Of The Year award could mean an easier time getting into new markets, specifically China and Russia in the near future.

“Currently we’re using distributors in these markets that are familiar with local customs, laws, marketing, and so on. Breaking into the U.S. market was more difficult than anticipated—it required a large degree of trust. But we’ve done what we promised we’d do, and now our relationships with the big retailers like Target and Walmart are very strong.”

Throughout the rapid expansion, Stul is committed to maintaining the fun and family-like atmosphere within the company. As he continues to remove himself from the day-to-day operations to oversee the bigger projects and ideas, he’s left behind senior staff who understand and reflect the culture.

“I have high expectations. I lead by example,” said Stul. “Family and communication are very important to me. If we can keep up strong communication internally, Moose Toys will continue to be successful.”

Maintaining the culture and connectivity became easier a year ago with a move into Moose Toys’ new headquarters, complete with a treehouse.

The office reflects the whimsical nature of the products Moose Toys invents and produces. Stul’s Entrepreneur Of The Year award reflects the potential and direction the company is moving in.

“My father was a very wise man. When I first started my gift company, I was complaining about a couple of our employees. He told me that whatever I did, I should surround myself with good people. Great companies can only be great if there are great people working for them. The bigger we get, the more important it is to get great people.”