Maersk has been hard at work in the overhaul of their infrastructure by signing deals with three tech companies this year.

Maersk has been hard at work in the overhaul of their infrastructure by signing deals with three tech companies this year. 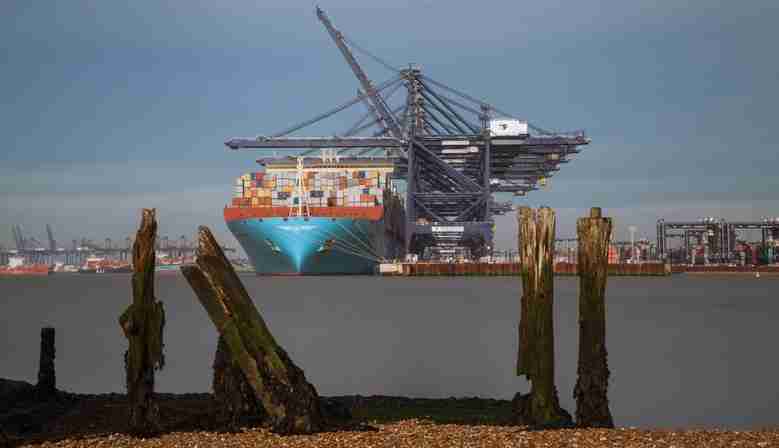 As the fourth largest operator of container terminals, Maersk brings in a reported $32 billion in annual revenue and employs almost 72,000 people.

However, the conglomerate is looking to improve its efficiency and reliability by landing multiple deals this year with companies that can help them.

Maersk has been hard at work in the overhaul of their infrastructure by signing deals with three tech companies this year. Here’s a brief look at them.

Blockchain
Blockchain has revolutionized the supply chain industry, and earlier this year completed the first test of a system that would manage Maersk’s cargos.

Maersk collaborated with IBM in the development of blockchain tools for cross-border transactions.

The plan is to replace paper-heavy manual processes with Blockchain to secure data sharing and optimize transparency.

Blockchain’s potential for supply chain applications lies in its private and secure transactions. The digitization of processes, strengthening of inventory management, and the decrease of fraud indicates a promising for Maersk. (Not to mention all the time and money this deal will save them.)

Plug and Play
Maersk partnered with Silicon Valley-based Plug and Play this April. The platform connects start-up companies with corporations for the search and development of innovative ideas in logistics and transport.

Companies must be reviewed by the platform and upon acceptance go through levels of preparation before gaining access to working with Maersk, among other conglomerates.

“In this globally connected world, commerce and trade makes our world a better place; and without efficient shipping and logistics, this would not be possible,” said Saeed Amidi, Founder and CEO of Plug and Play.

Microsoft Azure
Just last month, it was announced that Maersk signed a deal for the use Microsoft’s Azure Cloud Services.

The deal states that Maersk will now exclusively use Azure Cloud Services.

Azure cloud services will also be used for the development of Maersk’s software and supply chain management technology.

Additionally, Maersk will use Azure Cloud Services with Microsoft’s high-quality IoT to decrease supply management costs, boost reliability, and improve the quality of service. They hope to track and monitor shipments.

“A tracking system that follows them, from when they are loaded through the last mile of delivery, means customers can visualize the flow of goods,” explained Judson Althoff, Executive Vice President of Microsoft’s Worldwide Commercial Business Organization.

Acquisition of Rival
Industry leader Maersk has just acquired a major rival for over $4 billion. The conglomerate announced plans late last year to purchase Germany’s Hamburg Süd and expect the deal to close by the end of 2017.

The deal would partner two of the world’s leading container shipping companies, feature a combined fleet of 743 container vessels, and about 3.9 million 20-foot equivalent units. Almost 20 percent of this fleet share a global capacity.

The deal would also enable more journeys, port calls, and faster transit times while saving between $350 million and $400 million annually.

Next Generation Fleet
As of this month, Maersk has begun taking delivery of the 27 vessels slated to enter the company’s fleet over the next two years.

In this new era of ocean carriers, Maersk will start its return of short-term chartered vessels from all segments to their owners.

The first of its kind to arrive was the Madrid Maersk. On its maiden voyage to Europe, the Triple-E vessel had its first stop at China’s Port of Tianjin.

“When we order vessels such as Madrid Maersk, it’s because these are the type of vessels that we need in order to reduce costs per container. It’s not alternative for us to charter four Panamax vessels, which is what we would need to replace one of the new vessels. We need this capacity. “

As Maersk continues its overhaul of their infrastructure, we will begin to see these advancements materialize in the very near future.

The world of supply chain management is changing as the tech sector begins to work its way into the foundation of the industry.

Soon, it will be essential to use tools like Azure Cloud Services to accomplish basic tasks in the transport and logistics sectors. Especially when Maersk—the world’s largest container shipping line—has employed Azure Cloud Services, essentially setting the tone for the rest of the industry.

“The acquisition is cementing our position as the largest and leading carrier in container shipping and it will provide great opportunities for the employees of both companies,” said Søren Skou, CEO of Maersk Line and A.P. Moller-Maersk.