Made in America: Aerospace Manufacturing

With thousands of design and production tasks being outsourced on a global level, those distinctive “Made In America” labels have grown fewer and farther between...

With thousands of design and production tasks being outsourced on a global level, those distinctive “Made In America” labels have grown fewer and farther between each year. Based on findings from Virginia-based consulting firm ICF International, this trend could be reversing in the aerospace sector. Recently, the company unearthed 28 transactions made in the United States, almost triple the number in Mexico, the 2005 industry frontrunner.

“The U.S., at this point in time, has become the hot spot in aerospace manufacturing,” said Kevin Michaels, ICF Vice President, at the annual Pacific Northwest Aerospace Alliance conference. “Comparative advantage is a fleeting thing. Three years ago, it looked like everything was heading to China. Now, that’s changed.”This development is believed to have been prompted by cost-cutting demands within the industry following falling profits in the ticket sales division. 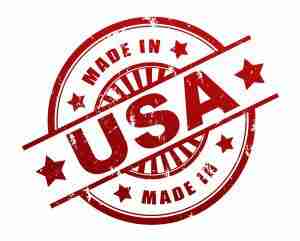 Aircraft manufacturing giants such as Boeing determined while many of their components are being manufactured in America, they were also being shipped overseas before returning to the country for installation, driving up expenses without producing noticeable positive results.”We unwound that,” said Kent Fisher, Boeing’s vice president of supplier management, “Now, we have a direct relationship, and the part ships directly to Charleston.”By cutting out the unnecessary middle ground, the company has found considerable savings in both time and production-associated expenditures.

Hoping to foster this movement, economic development group Florida’s Great Northwest offered up $15,000 to become the primary sponsors of this year’s Pacific Northwest Aerospace Alliance conference. The group stands on behalf of companies throughout the Florida Panhandle, a prime area for incoming investments due to its housing of two Embraer SA manufacturing plants as well as branch facilities belonging to Boeing, Gulfstream and Airbus. Also located in the Panhandle region are an array of military bases and in excess of 500 aerospace and defense corporations employing 60,000 personnel. Gulf Power Company representative Jennifer Conoly noted, “It was a way to get in front of the audience.” 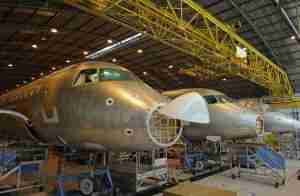 Investments are certainly being made in this area, though a number of those stem from European firms seeking proximity to the rival Airbus assembly line currently under construction in Mobile, Alabama. Pacific Northwest is also heavily weighing this area among its vestment options. America is rapidly gaining ground in the industry—market reports project the country will receive a considerable portion of the contracts created by an expected 20-percent production increase over the next two decades.
This will create an aircraft-related economic uptick of an estimated $4.5 trillion dollars in the years to come. Jobs in the field currently number 1,200,000, with more than 82,000 of those in Florida alone. Improvements in the manufacturing and assembly supply chain following in the footsteps of Boeing will return thousands more jobs to the American workforce; in fact, the industry is expecting to face a number of hurdles in recruiting and retaining employees holding the necessary skill to accommodate the projected surge and keep the industry afloat. 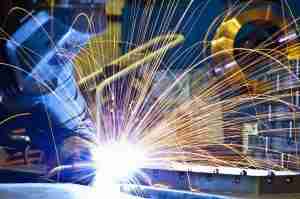 Upon finding their outsourcing profit margins waning, companies in the aerospace sector are returning to the old ways of keeping it local when possible. The United States is currently in a position to rival, and even overcome, previous leaders such as China, Mexico and Brazil. At the current rate, we could soon see the “Made in America” label regaining prominence in the aerospace division.