Advancements in automated and robot technology has attention of ‘robopreneurs’

Advancements in automated and robot technology has attention of ‘robopreneurs’

The future of robotics is not confined to any one industry, nor to our imaginations. Offering an increasing range of possibilities in a variety of sectors, human-like robots, also referred to as humanoids, appear to have arrived. 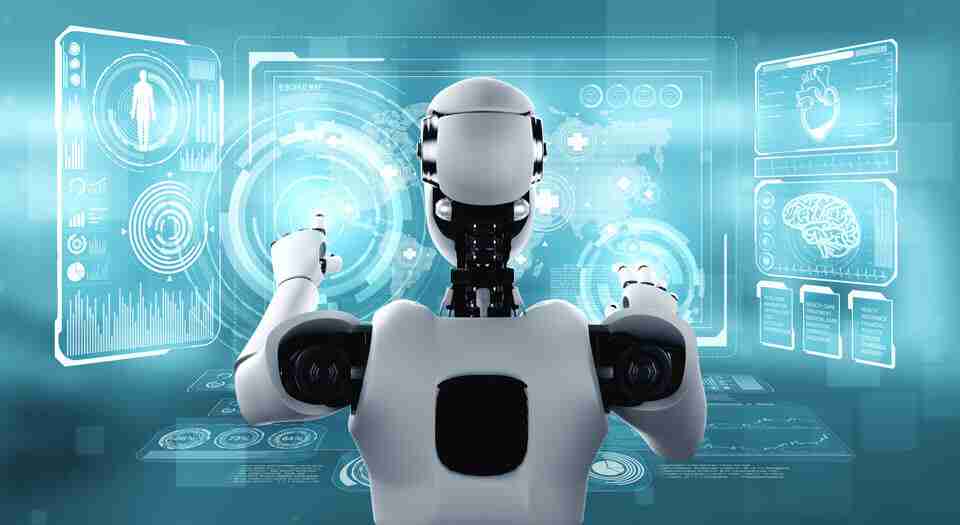 At first glance, humanoids still have some ways to go before they start running the show, but advancements in artificial intelligence and robotics technology have led to them already beginning to play a role.

The COVID-19 pandemic helped advance the need and want for robotics technology, and, in a lot of ways, humanoid robots have been able to transform the way businesses are being run.

Perhaps the largest benefit of employing a humanoid, currently, is its ability to perform tedious tasks which free up time and energy for human workers to focus on more things and increase their own productivity. 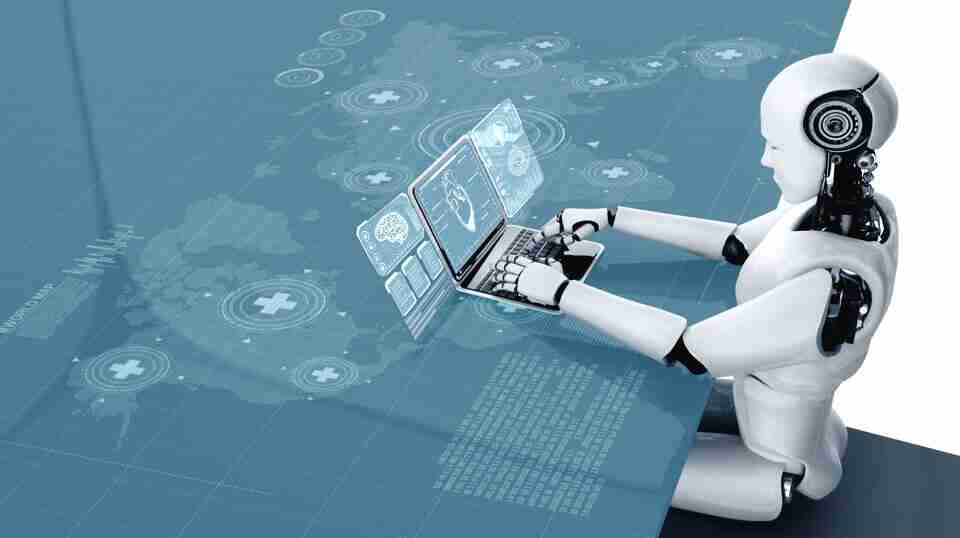 People with heavy pockets have taken notice, as well. Coined ‘robopreneurs,’ forward-focused business owners and leaders are starting to drool over the idea of using humanoids to help ease pandemic-related disruptions.

“As new variants of COVID-19 hits around the world, countries started imposing fresh restrictions like previous years, threatening again people’s works, businesses, and economies, which necessitates higher adoption of digital technologies along with Robotics and Automation,” Parimal told CX0today at the time.

When it came to assisting healthcare workers during the darkest days of the pandemic, meanwhile, robots were able to step in and complete a number of critical tasks, such as measuring blood, taking temperatures, and disinfecting hospital spaces. 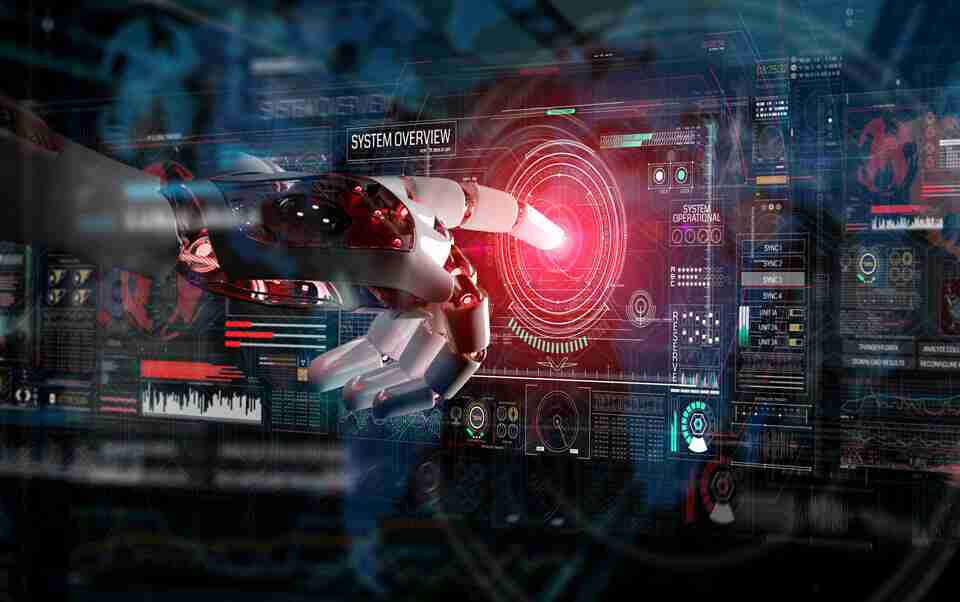 Robots were also able to bring supplies to people who were stuck in quarantine or bring samples to laboratories in order to keep human contact at a minimum.

Being able to see firsthand how large — and important — a role a robot can play in society has no doubt led to a surge of interest in the industry.

These so-called robopreneurs, meanwhile, are only expected to increase in number as robots are trained to do work that can be done in an increasingly remote work landscape, according to Parimal. 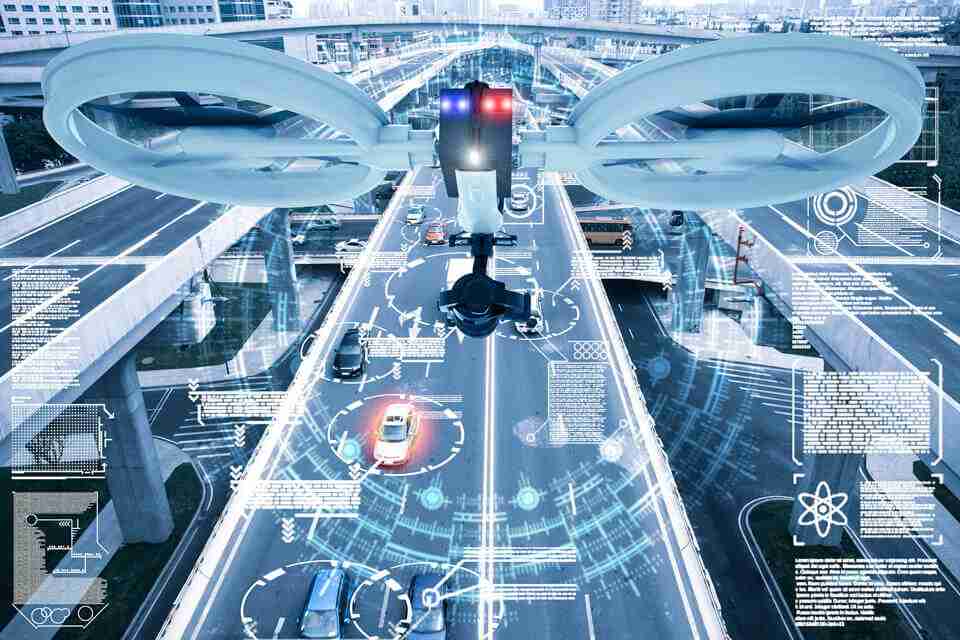 “Many humans (in the) future (are going) to become Robopreneurs and even many employees (are going) to turn (into) Robopreneurs as they train their Avatar Robots with their skill sets to deploy it at their respective workplaces & establishments which can be remotely controlled and supervised,” Parimal told CX0today.

Robots used by businesses are built with deep learning, machine vision, and AI/machine learning in mind, to allow them to learn how to complete tasks assigned to them.

It’s not just businesses that are interested in investing in robot help. The U.S. government is also seemingly opening its eyes to the possibility, in a recent case, to help improve border protection. 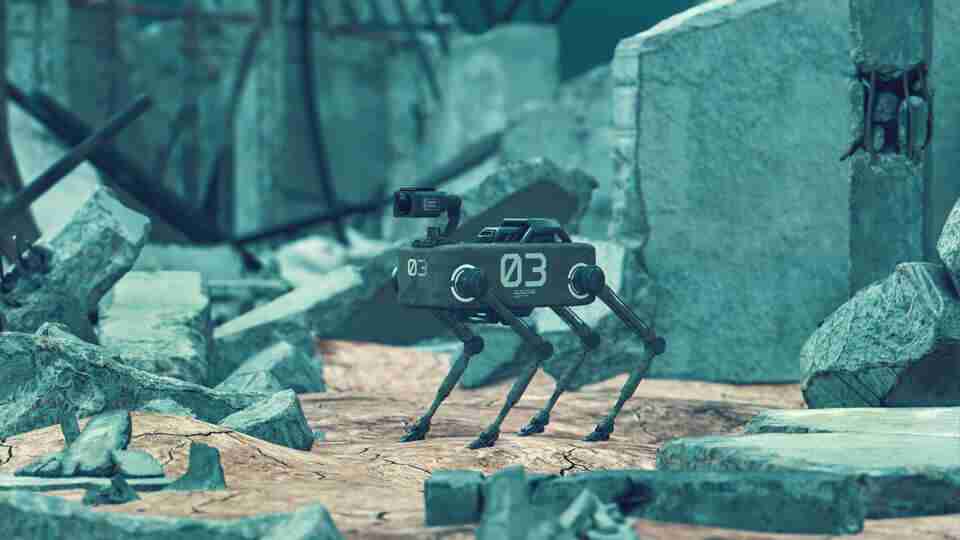 Politicians on both sides of the aisle have advocated for enhanced monitoring technology at the 2,000-mile U.S.-Mexico border.

The Department of Homeland Security seemingly took steps to achieve that goal last month, announcing it made a deal with Philadelphia-based Ghost Robotics to develop a border-guarding robot dog.

Robopreneur and CEO of Ghost Robotics Jiren Parikh said that, while he couldn’t get too specific, the robots will be able to protect border patrol agents. 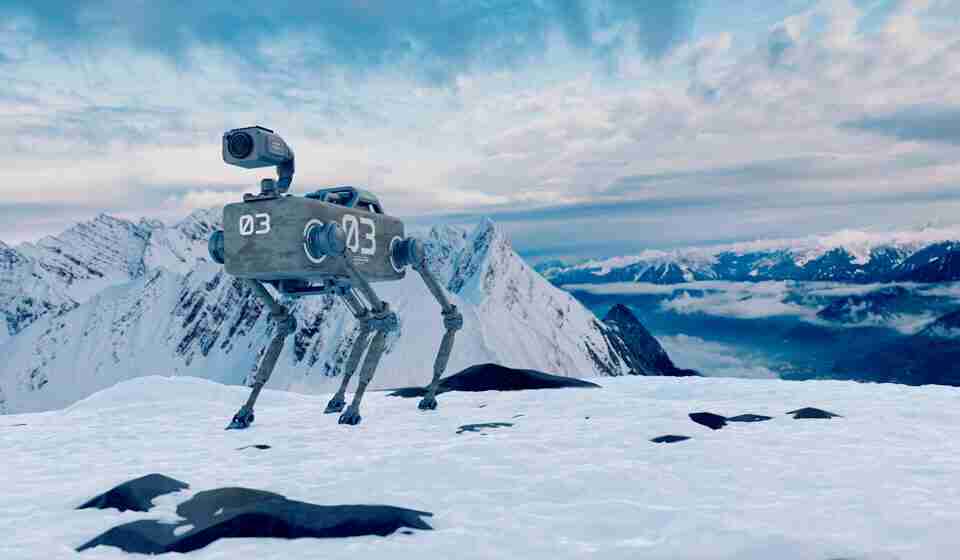 “We are trying to keep CBP and other government personnel in the field out of harm’s way,” Parikh told Axios.

The robot dogs — which have reportedly been in development for more than two years — will be able to transmit video and other data back to human operators in real time as they climb over terrain.

Other industries humanoid robots are beginning to find their way into include manufacturing, hospitality, banking, retail, and healthcare, among others. 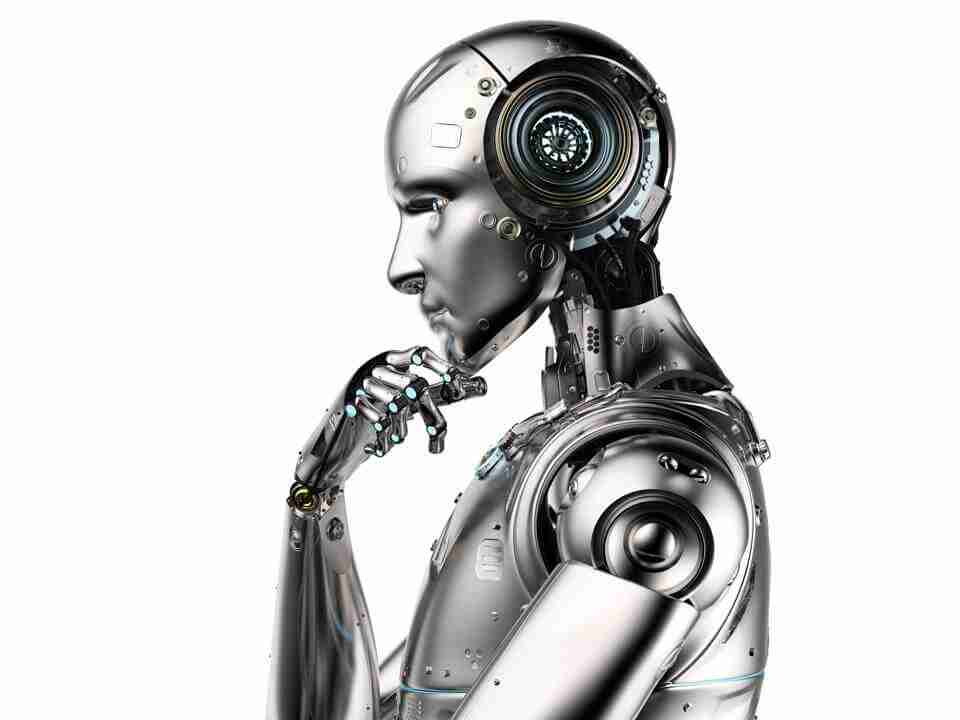 “Companies HR and our work systems should be ready to accept such major change keeping in mind continuity of our works and businesses during (the) pandemic or other disruptions,” Parimal told CX0today. “Apart from ensuring better business and works continuity, Robopreneurs model to also multiply productivity thus income of humans.”

That increased productivity has already started to come to fruition. In January, a new autonomous surgical robot performed a keyhole surgery without any human assistance at Maryland’s John Hopkins University.

The procedure, which involves joining two ends of an intestine together after a section has been removed, was the first time an autonomous robot performed such a feat, according to Axel Krieger, an assistant mechanical engineering professor at John Hopkins. 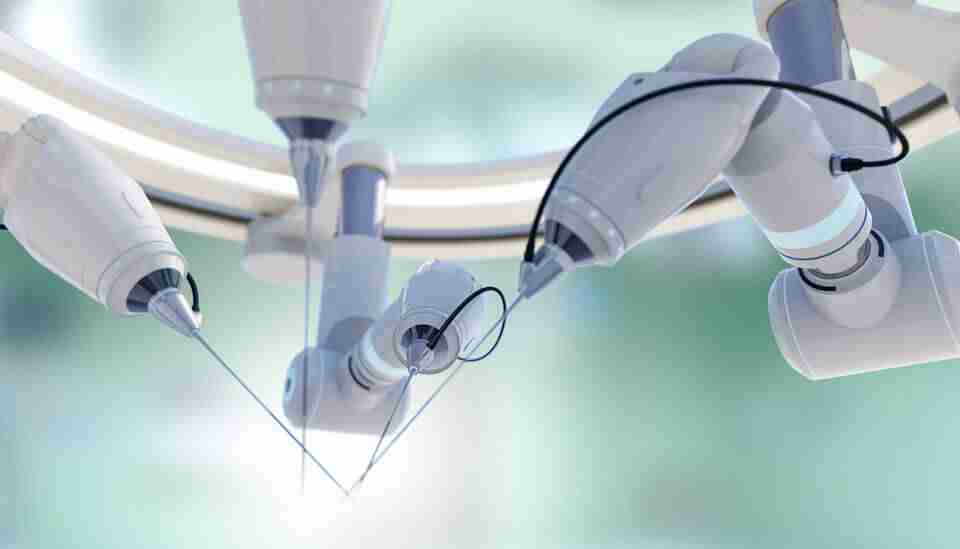 “STAR is the first robotic system to plan, adapt, and execute a surgical plan in soft tissue without human intervention,” Krieger told Gizmodo.

Further, according to a report published in Science Robotics, STAR was able to suture and stitch more accurately and consistently than a human surgeon has been observed being able to do.

“Once you open the body, everything kind of moves inside the patient, so you can’t plan ahead of time,” Justin Opferman, a mechanical engineer at John Hopkins, told New Scientist in January. “If you’re doing soft tissues like intestines, as soon as you touch it, it moves out of the way. So, you need to constantly be updating the robot’s plan to figure out what it needs to do and how to complete the task.” 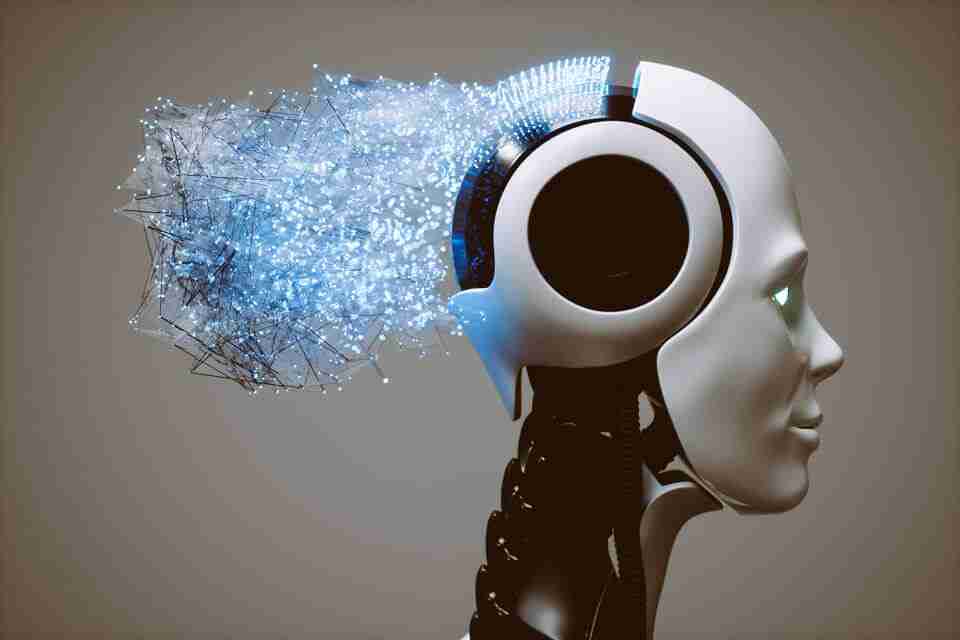 While a fully autonomous surgical procedure likely remains decades away, according to Opferman, the successful surgery was a first step towards that goal.

STAR’s training has just begun, as well, with the team to continue teaching it how to do more and more of the procedure on a step-by-step basis, before eventually seeing if it can do the entire surgery by itself, according to New Scientist.

Trials where robots perform some part of a surgical procedure on humans, meanwhile, could become a reality within five years, according to Opferman.

If recent history is any indication, robopreneurs will be waiting.