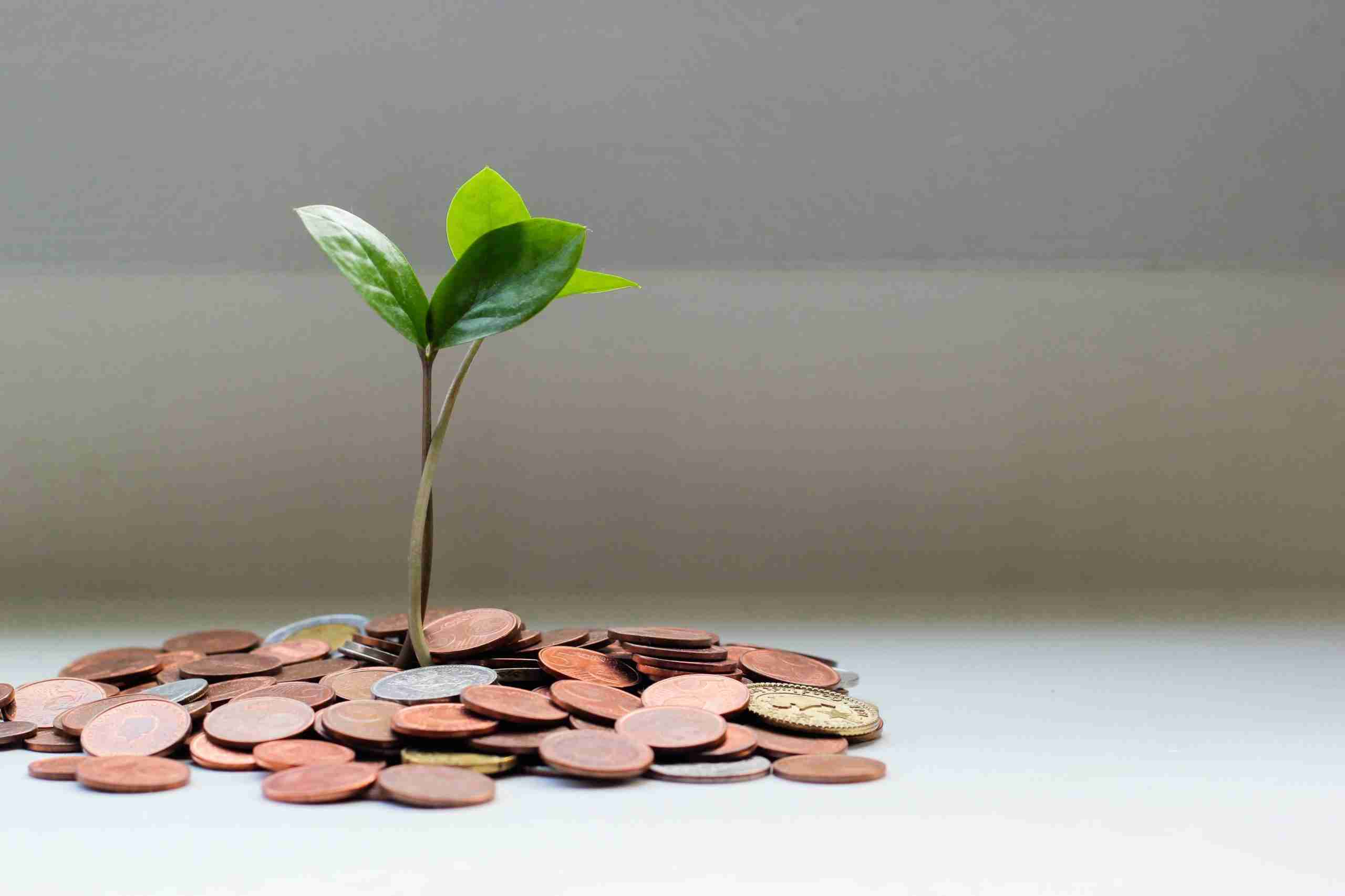 Price rises of over 8% have the American people on edge, and perhaps rightfully so. The strain inflation has put on the economy is being exacerbated by slow economic growth and manufacturing activity, and a job market which is unsustainably tight.

In an effort to avoid stagflation — a period of high inflation mixed with a weak job market — the Federal Reserve raised interest rates, but financial markets and forecasts remain down. 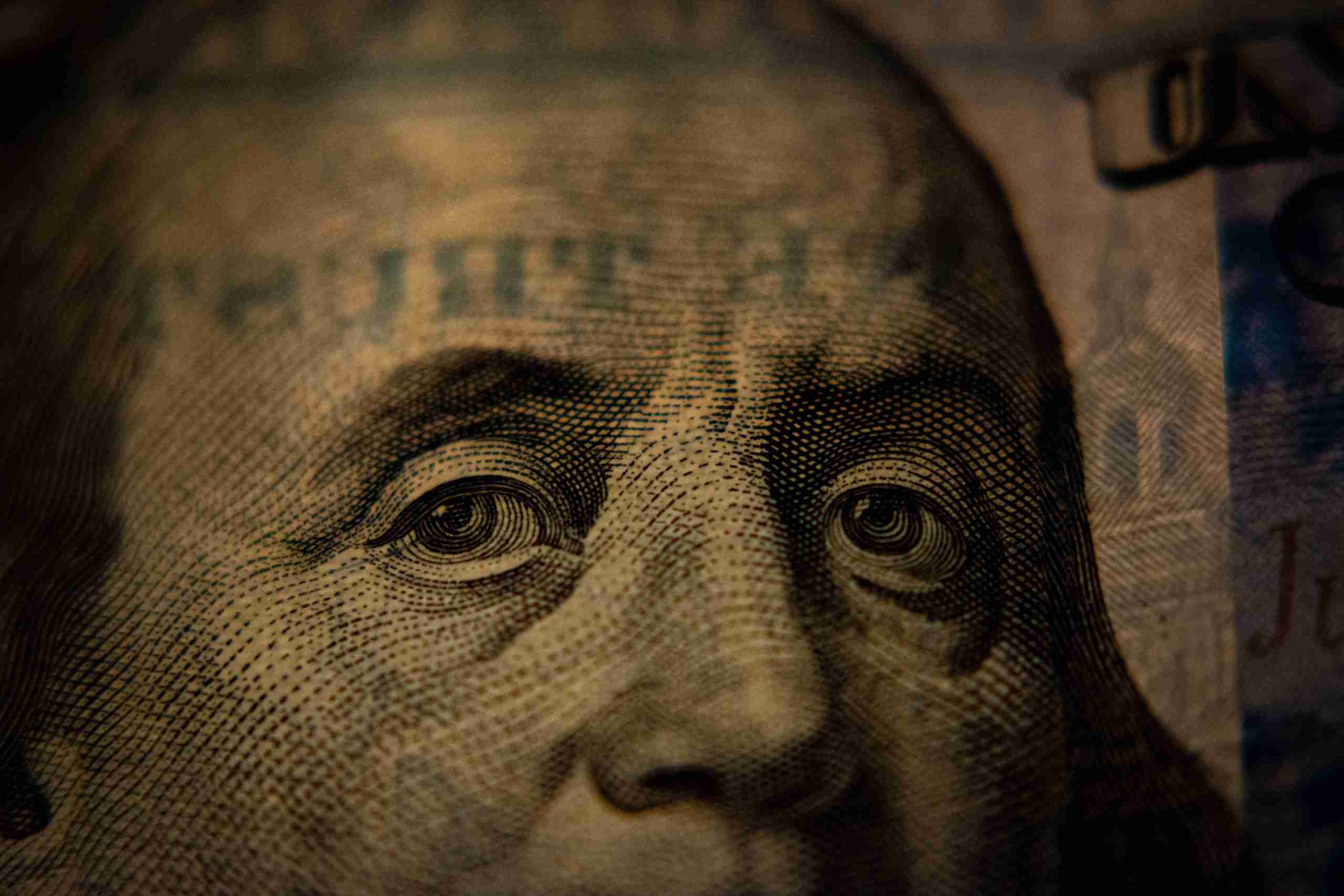 The only way out of this inflation hole could rely on the spending habits of the American populace. Money needs to be changing hands for services such as dining out, trips to the salon, and travel.

Purchasing goods such as furniture and cars, meanwhile, does little to move the needle when it comes to decreasing inflation, and, since the pandemic, that has been more where demand has lain.

“The economy is in a really unusual place, because we’ve just had so many industries that have been fundamentally impacted by COVID,” Betsy Stevenson, an economics professor at the University of Michigan, told The Washington Post. “Demand shifted from services and toward goods in a way we predict is going to reverse, but we don’t know for sure.”

To be fair, consumers are certainly spending money, and the tight labor market has led to an increase in wages and more leverage for workers wanting to negotiate with their employers for benefits and pay raises.

Still, inflation has been lingering in the background as prices continue to rise and the value of the dollar seemingly appears to be going in reverse. 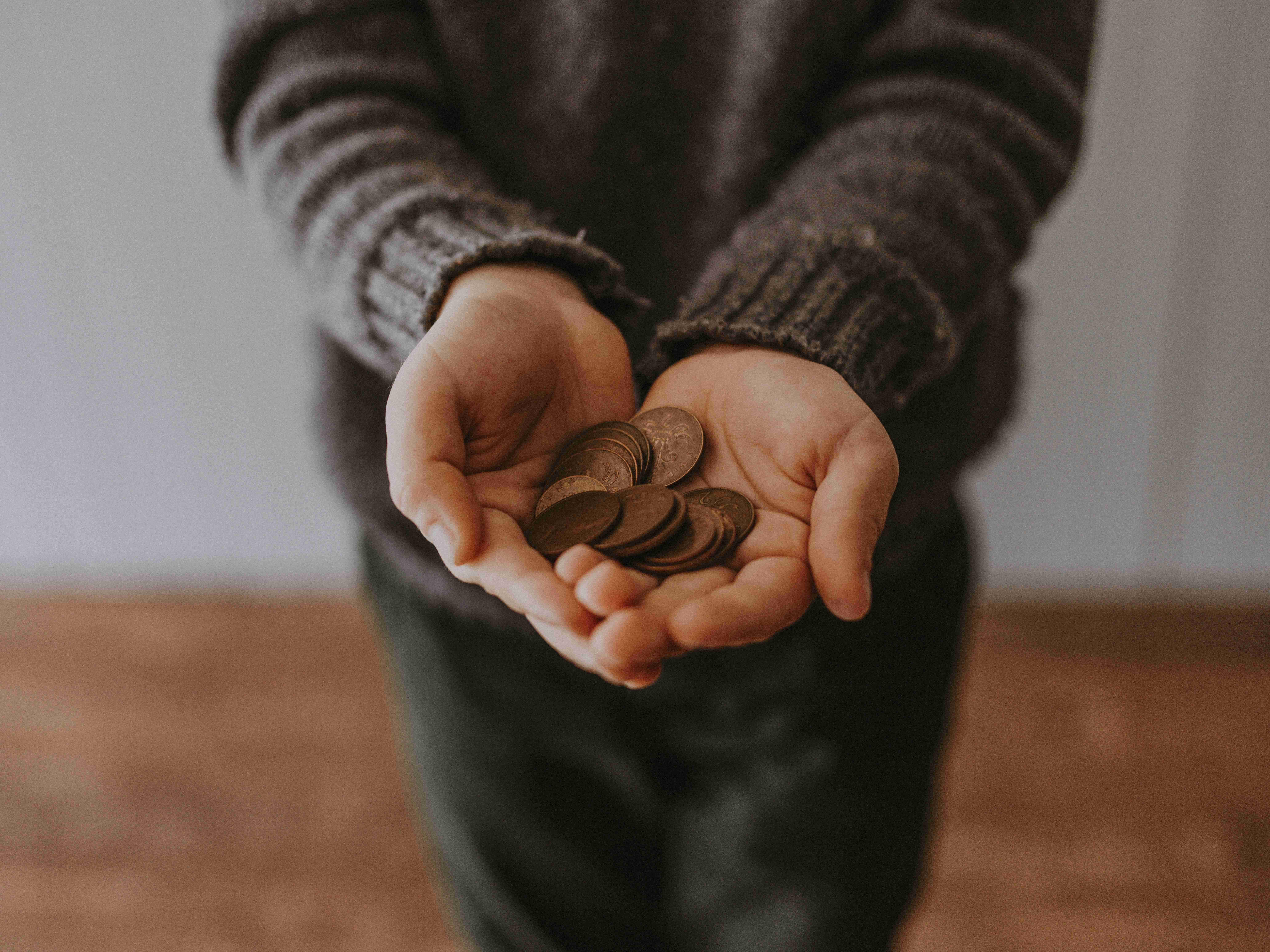 President Joe Biden has taken a hardline stance on inflation, saying in April that he is committed to tackling the problem and labeling it as his “top economic priority.”

“While it is heartening to see that annual inflation moderated in April, the fact remains that inflation is unacceptably high,” Biden said in a statement at the time.

Contributing factors to inflation have been notable increases in the price of shelter, airfare, food, and new vehicles, with the food index increasing by nearly 1% in April, compared to March.

The dairy index, meanwhile, showed serious inflation with an increase of 2.5% in April, which represented the largest increase since 2007.

What is known as “core” inflation — which is used by policymakers to analyze inflation as a whole — has also been on the rise, with increases in food and energy categories leading to volatility in the space.

But really, everything is up, from the cost of medical care to energy and gas prices, no industry — for the most part — is safe from inflations wrath.

And Americans are feeling the brunt. Whether it be at the pump, when buying groceries, or paying rent, the strain of inflation is putting the heat on virtually all consumers. 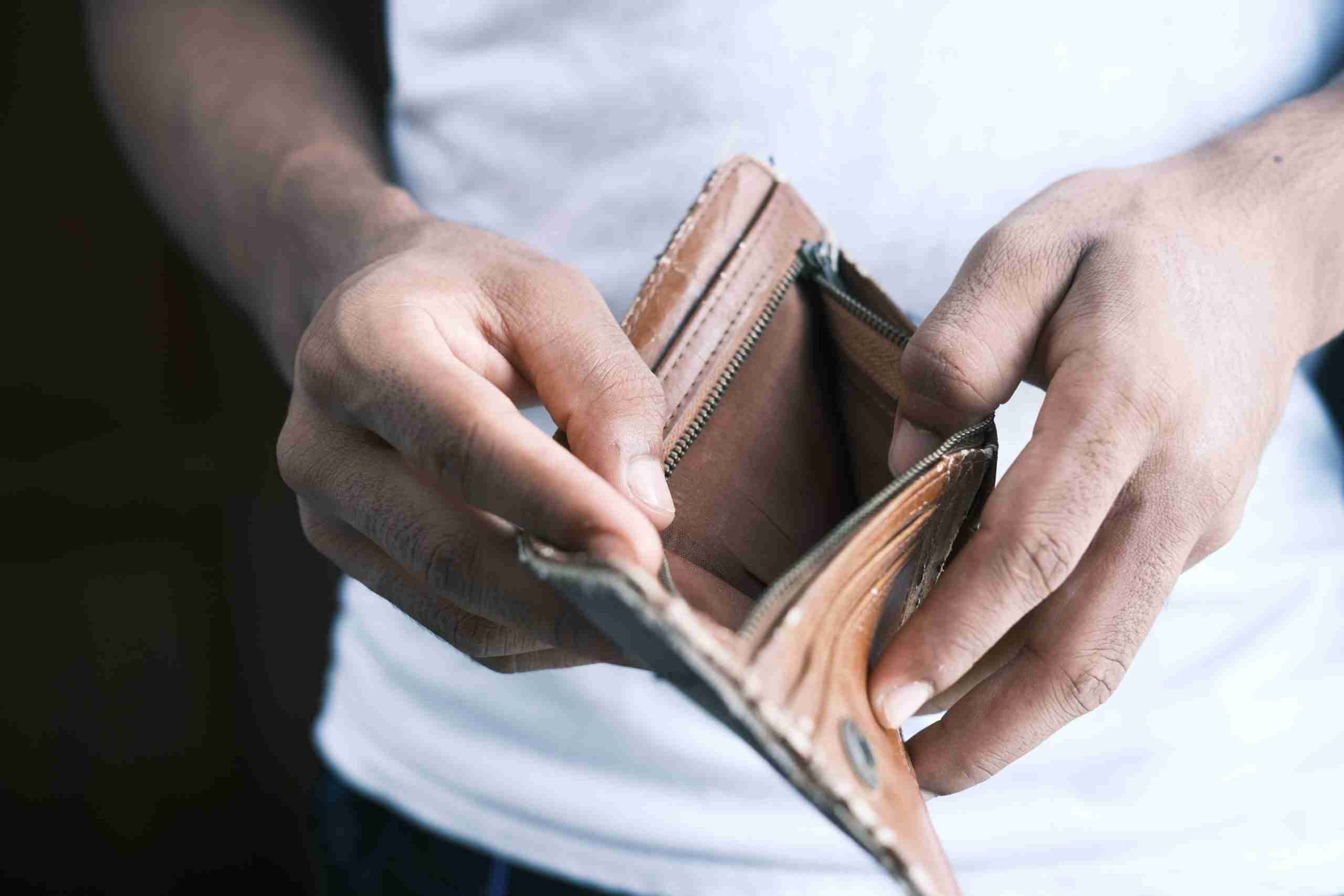 With no light currently at the end of the tunnel, some economists worry that a recession is inevitable. Others, like Douglas Holtz-Eakin, former head of the Congressional Budget Office, say everything should work out OK, so long as the Federal Reserve does not attempt to slow down the economy too hastily.

Holtz-Eakin, who is also the president of the conservative American Action Forum, told The Washington Post that the politicians in charge will be held to account for what inflation is doing to Americans’ pocketbooks.

“Presidents get blamed for what’s happening on their tenure,” Holtz-Eakin said. “That is what you’re seeing in the polling.”

So, whether Biden is making inflation his top priority to save face or to save America, at the end of the day, it seems clear that it must be done to help the economy get back on track and provide some relief to families in need of it.

Business owners are also feeling the effects of inflation, including Farshad Sayan, owner of Clevergreen Cleaners in the Boston area.

Sayan told The Washington Post that he has had to increase his prices by 15 to 20% to make up for the increase in materials and services costs needed to keep his business afloat.

At the same time, Sayan wonders if his customers will be able to keep up with his increase in prices, which he says puts him in a tricky position.

“Ordinary folks that have limited income — they do not necessarily get a cost of living increase, or they don’t have a lot of funds that are discretionary,” Sayan said. “So it’s, ‘Do I put fuel in my car to commute, or put food on my table, or do I not clean my pants and shirts for another two or three wears?’”

One industry which has been on a rollercoaster ride for some time now is housing, and, regardless of how much the Fed rate increases, it won’t help new homes get built any faster.

“It may slow the increase in inflation, but because it also increases the cost of badly needed housing production, it may not cut inflation,” David Dworkin, president and chief executive of the National Housing Conference, told The Washington Post. “So you could be creating a lot of economic pain and not getting the result.”

As of May, the country is short around 3 million to 5 million homes, and the problem is only exacerbated by rising borrowing and construction costs.

Not only are home builders not able to keep up, but prospective homeowners may be hard pressed to afford the soaring mortgage rates.

With so many Americans affected by inflation, and the problem only seeming to get worse, it does seem to appear that we have come to a breaking point.

And there are questions. Was the government too slow to boost rates or taking other measures to try and stimulate the economy?

In the end, it would appear that ultimately, it comes down to hindsight.

“As the revisions came in, a consensus grew that the labor market was much stronger than we originally thought,” Fed governor Christopher Waller said in a May speech. “If we knew then what we know now, I believe the Committee would have accelerated tapering and raised rates sooner. But no one knew, and that’s the nature of making monetary policy in real time.” 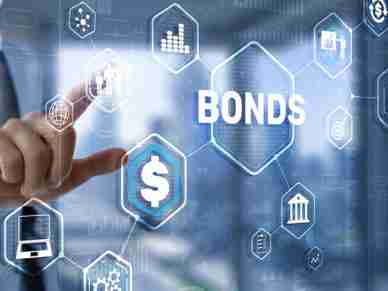 Investing in a Recession: Diversify Your Portfolio

You can’t read the financial news these days without coming across talk of a recession. Inflation levels not seen in four-plus decades have persisted as demand far outstrips supply in a number of sectors.