Take a look around. No matter where you are—quiet suburb or bustling metropolis—concrete dominates much of the landscape. Even if you can’t see concrete, it’s there, creating a strong foundation for a one-story building or 20-story office tower.

It’s vital to the face of nearly every city in the world, and just as vital are the people who make and pour the centuries’ old construction material. And one of the fastest growing concrete contractors in the U.S.—Lithko Contracting—is stepping into the limelight in the construction industry, ready to grow and expand an already successful company with a unique business model.

The full-service concrete contracting company was founded in the 1990s by road-weary industry experts who wanted to create a new standard of excellence for both client and co-worker.

“In the early days of Lithko, our guys were traveling long distances for construction jobs—the standard in the industry was to build a project anytime, anywhere. It’s difficult on families,” said Rob Strobel, President. “We want our co-workers to be home at night, so each location was given a 100-mile radius to do projects in.”

This was the beginning of Lithko’s BURGs, or Business Units Running Great. There are currently 13-plus BURGs that operate in 35 states from the middle of the U.S. running east, and locations in Omaha, Nebraska; Charleston, South Carolina; Akron, Ohio; and Central Kentucky are on the way.

Since each BURG is town based, Lithko’s goal is to become the dominant middle-market concrete contractor in each community.

“We take what we know well in our market, and replicate it from town to town,” said Strobel on their expansion strategy.

Although it started as a small operation, Lithko’s BURGs have 1,500 co-workers. It’s a big company, but every BURG has its own hometown feel. This business model has allowed Lithko to become part of each community in a way usually only owner/operators do.

“Our sweet spot is about 150 people per BURG. It’s a community culture within a corporate culture,” commented Strobel. “The culture in each location is a little different, and caters to the locals.”

This was no more evident than how each location chose to give back during the holiday season: the Columbus BURG participated in "Adopt a Family for the Holidays". With the donations made, the Columbus BURG was able to purchase presents for the family of eight. The Kansas City and Nashville BURGs did “Toys for Tots”, while the Oklahoma City BURG made Angel packages for kids.

A perk of the BURG business strategy is the personal relationships co-workers of Lithko can build with both the clients and the local suppliers. BURGs continue to provide benefits for company, client, co-worker, and community alike, but the unique approach isn’t without its challenges, especially in a new locale.

Competitors are the locals—and there are around 30,000 in Lithko’s market. Owner/operators employ most of the people in the concrete construction industry, but they don’t have the upper hand in attracting co-workers in that area. 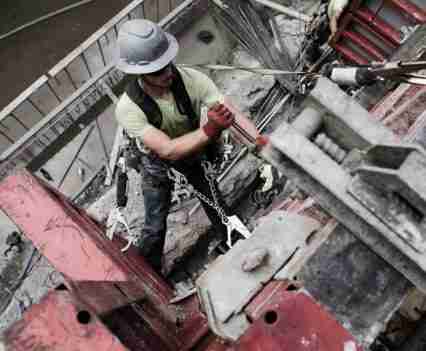 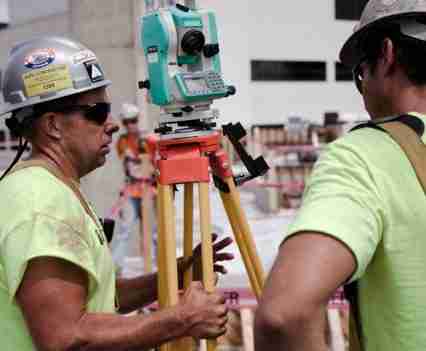 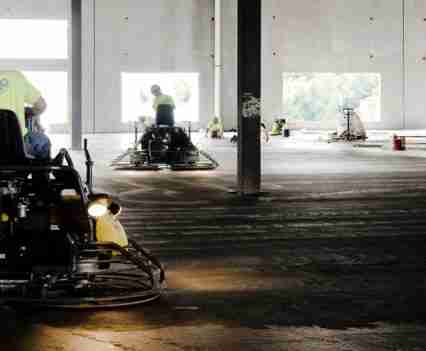 “We’re not afraid to invest in talent. We have to grow our co-workers in an industry and a market where a model doesn’t exist,” said Strobel. “If we can expand our talent, the company can grow.”

The main component of this recruitment strategy is again entwined with the community, including colleges and industry hires. Lithko focuses on construction management programs at local universities, with an eye out for candidates that are interested in the specific field of concrete.

“We have a program and a business model that allows for people to move up in their career with us,” said Strobel. “We bring them into the field, engage them, and teach them about the business. This strategy comes from having a long-term view of employment.”

A driving factor in recruitment strategy going forward will be Lithko Contracting’s social media platforms. Recent months have seen a dedicated push to use the platforms, both to showcase the workplace culture and demonstrate excellence in their work.

With hashtags #buildingaroundyou and #lithkolife, the brand is giving the interested public an inside look at its operations and its people. Strobel shared that the social media push is to showcase the company for potential co-workers, who because of the easy way of communication will almost always be on social media platforms.

“Historically we’ve been sort of a non-brand,” Strobel said. “We haven’t done much in the way of publicizing ourselves. But as one of the fastest growing concrete contractors in the U.S., we thought it was time to turn on the branding spicket. Our goal is to stay humble and keep the same service-oriented culture, but brand out in the marketplace.

Lithko also uses social media to showcase its commitment to safety, which is another important component of the company’s culture.

“We view training as a way to engage our teams in quality discussions about how we will execute our work safely. That is why we invest time and effort to make trainings that fit real world examples and include details that resonate with the people actually performing the hard work in the field,” the safety portion of Lithko’s website reads.

“One example of how we demonstrate this is through our Operational Activity Trainings (OATs). Most companies use standard toolbox talks to meet jobsite safety requirements. We created Lithko specific trainings to be used on-site to help leaders discuss real hazards that pertain to the work they are actually doing.”

Lithko’s strong culture and unique business model are guiding the company towards a successful future focused on expansion into 50 potential cities. The company wants to open new BURGs every year in towns where there is a population greater than 1 million inhabitants, diverse markets, and higher education facilities.

“It can take years to move into a new region, but with the support of our current BURG network and what we have learned in past and current expansion, choosing a new place to move gets a little easier,” said Strobel.

The goals for the future are big—doubling the business’s revenue and expanding by 10 more BURGs in the next five years—but Lithko’s team has proven they are always up for the challenge.

Lithko Contracting, Inc. is a full-service concrete contracting company with a unique local service model designed to keep co-workers close to home and support career growth. Strong teams are built to create exceptional customer service in each of our towns. Lithko becomes part of the community through our involvement and by the durable concrete structures our teams help create. 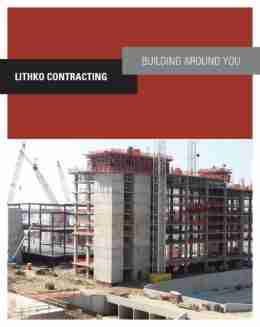