Imagine that you’re George Jetson, and that your newly acquired job as hospital administrator puts you in charge of lowering the number of infections patients...

Imagine that you’re George Jetson, and that your newly acquired job as hospital administrator puts you in charge of lowering the number of infections patients acquire as a direct result of having been hospitalized in your institution.

The temptation to endow your robotic maid, Rosie, with superior germ-killing powers to take care of the mess would likely be your first line of defense.

Futuristic cartoons aside, germ-killing robots are precisely the “go-to” solution that more and more hospitals are adopting as the most dependable means available to reduce the prevalence of disease-causing germs and bacteria.

It is difficult to clean what cannot be seen. When the cleaning crew leaves, a hospital room may appear perfectly clean. Studies show, however, that even the most thorough cleaning of a patient’s room kills only half of the highly contagious pathogens responsible for specifically hospital acquired infections such as Methicillin-resistant Staphylococcus aureus (MRSA), Clostridium difficile (C. diff), and Vancomycin-resistant enterococci (VRE). Together, these infections are responsible for as many as 100,000 deaths per annum.

These types of bacteria tend to linger on frequently used surfaces such as faucets, television remotes, and bed control panels. The microorganism responsible for C. diff, for example, is capable of living on exposed surfaces for months, they evolve when exposed to both drugs and chemical cleaning agents. As a result, they become resistant to such measures and are increasingly difficult to kill. A patient who comes to a hospital with one complaint may contract another that is even more serious as the result of having been a patient.

Killing such pathogens before they infect patients, as opposed to fighting them with antibiotics after a patient becomes infected, is increasingly seen as the most advantageous path.

Following routine room cleaning, robots are dispatched to disinfect the space before another patient assumes occupancy. Although initially expensive, disinfecting robots pay for themselves over time, especially when compared with the cost of treating hospital acquired infections. Just one case of C. diff can cost upwards of $35,000 to treat.

Disinfecting robots don’t clean, per se—they are not anti-bacterial Roombas that physically navigate the room, gobbling up germs. Instead, they emit antibacterial agents, such as ultraviolet radiation, xenon gas, or 35 percent hydrogen peroxide, all of which have been proven to dramatically reduce the incidence of unwanted pathogens. UV light, for example, penetrates bacteria, either killing them outright or rendering them incapable of reproduction.

At present, there are three primary robotic units on the market. 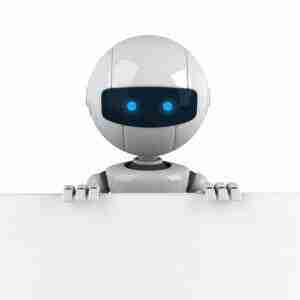 Then, there is the Tru-D Smart UVC, which produces continuous UV light on a narrower spectrum by means of mercury containing bulbs.

The third is actually a married pair of robots manufactured by the U.K. company Bioquell. One robot dispenses an ionized mist of 35 percent hydrogen peroxide. When sufficient time for disinfection has elapsed, the second robot introduces a catalyst into the air, which reacts with the hydrogen peroxide, turning it into water.

Disinfecting robots, while not a substitute for traditional cleaning, kill far more germs. Studies have shown that hospitals that routinely use robotic disinfection have a far lower incidence of illness attributable to the spread of contagious pathogens. 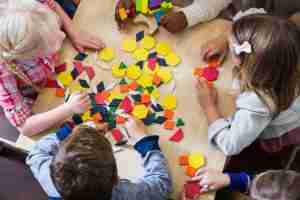 Other useful applications for these types of antibacterial technologies include their use in establishments such as nursing homes, locker rooms, daycares, preschools, cafeterias, classrooms, and in general, anywhere that groups of people congregate on a daily basis with the potential for sharing contagions.