The Consumer Electronics Show 2018 (CES 2018) is here, and day one seems to be all about displays.

The Consumer Electronics Show 2018 (CES 2018) is here, and day one seems to be all about displays. 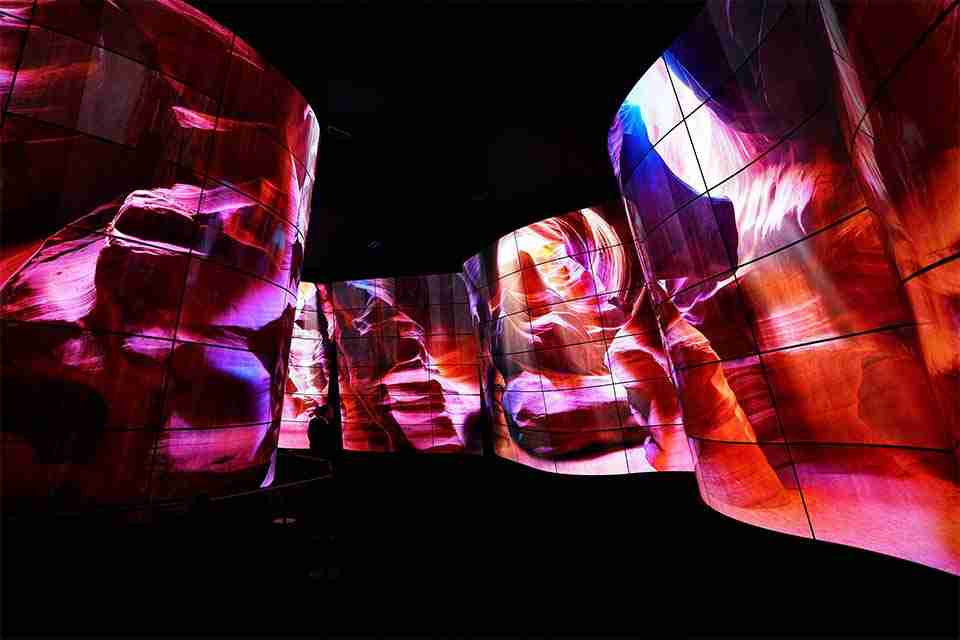 Stealing the spotlight, at least for a little while, were LG OLED displays, providing the wow factor for CES attendees and future consumers alike. A followup to its W7 is the Signature LG OLED TV 4k HDR Smart TV (W8), described as “the wallpaper TV”. It’s a measly 2.57mm thick and has a zero-gap mount, making it look like it is built into your wall. Of course, it’s smart designation means a new processor, Google Assistant integration, enhanced voice control, and other features.

Catching our eye here at BOSS was the LG OLED Rollable TV. With several media platforms claiming it to be one of the most exciting announcements, LG was able to surpass competitors with this flexible screen in picture quality. It’s not for sale in 2018, but experts are predicting flexible displays are the way of the future.

Specifically for CES attendees to enjoy is the LG OLED Canyon, featuring 246 open-frame OLED displays. It’s not just one big flat screen though. The concave and convex screens combine to create an immersive 90-foot experience through images of twisting canyon trails and other incredible nature surroundings. Two BILLION self-emissive OLED pixels create the effect, and it is stunning.

The day isn’t all about LG OLED displays, however. Samsung’s “The Wall” TV is made up of multiple modular MicroLED displays and has no bezels. This 146-inch (diagonally) beauty might be the best your money can buy for the foreseeable future.

And just in case you were hankering for an 85-inch TV, Samsung has you covered. By using artificial intelligence, the Q9S 8K TV can upscale lower-resolution media up to 8K, and still have it looking great.

Sony’s X900F LCD TV is in the affordability range, and is better, if possible, than last year’s model.

Obviously, this is just the beginning of one category.  To celebrate kicking off day one of CES 2018, check out some of our other favorite products and announcements.

This is a 49 qubit chip. Quantum computing is getting closer, faster than anyone imagined. #CES2018 pic.twitter.com/f7R0yRxHdJ

According to Intel’s press release, “Tangle Lake represents progress toward Intel’s goal of developing of a complete quantum computing system—from architecture to algorithms to control electronics. Achieving a 49-qubit test chip is an important milestone because it will allow researchers to assess and improve error correction techniques and simulate computational problems.”

The handiness of a phone. The versatility of a laptop. Our new concept, Project Linda, merges the power of the Razer Phone with the convenience and comfort of a large screen and physical keyboard.

Razer’s Project Linda is a smartphone that powers a laptop and becomes the trackpad. Eventually, and if Project Linda ever goes from prototype to production, the phone could become more than a trackpad, doubling as a display.

No, it’s not really transparent. But cameras on the outside of the semi-truck and a display on the back allow drivers following the truck to see if it’s safe to pass.

Although Fisker’s EMotion has been announced previously, this is the first time the public has seen the interior of the car. And those doors? Dripping with class. You’ll still have two years to wait until it ships, however.