Let there be light

A team of ophthalmologists has found success treating blindness with optogenetics

A team of ophthalmologists has found success treating blindness with optogenetics

Approximately 12 million people over the age of 40 in the U.S. have some form of vision impairment. One million of them are blind. 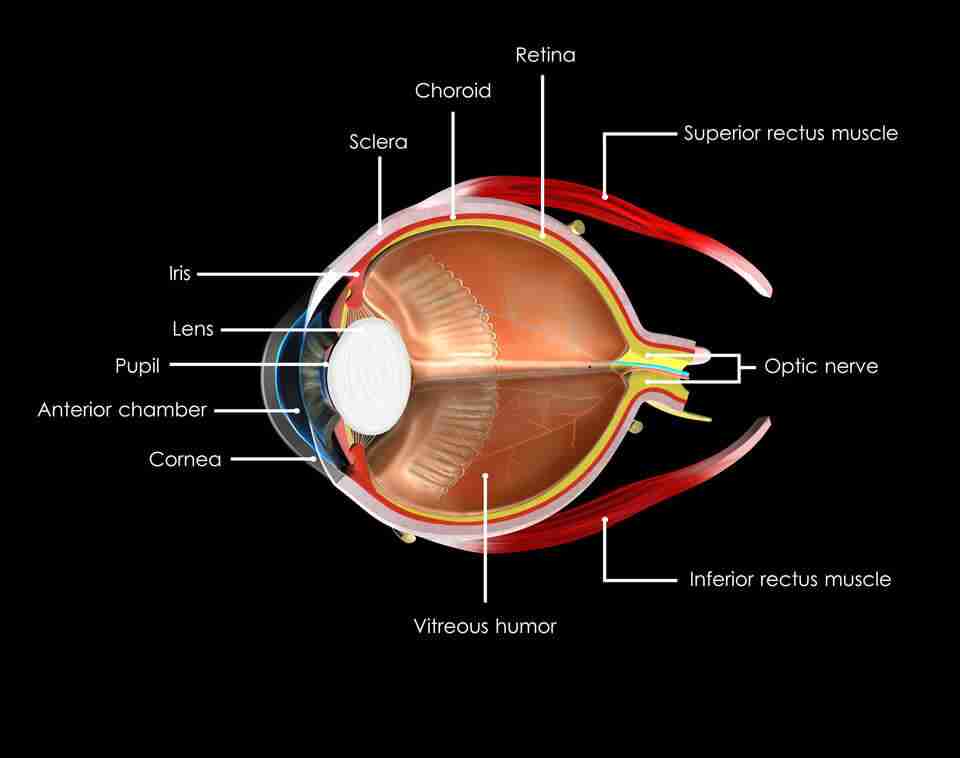 Researchers have spent decades trying to figure out a way to reverse blindness but have had no success when retinal degeneration is involved.

It was recently reported, however, that a team of scientists was able to partially restore a blind man’s sight by using a technique called optogenetics, which uses light to control genetically modified neurons in the retina.

According to the report, published in the journal Nature Medicine, a team of scientists was able to partially restore the sight of a blind man by adding light-sensitive proteins to the man’s retina. 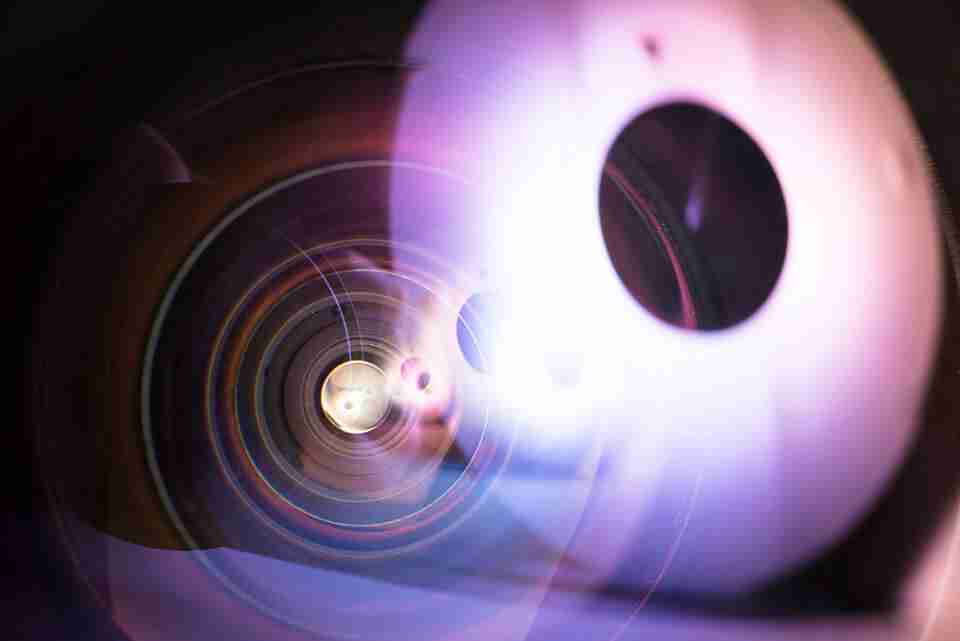 While his vision remained blurry and he had to wear special goggles during the test, that the man, a 58-year-old volunteer from France, was able to see at all signified huge progress in the search for a cure.

“Seeing for the first time that it did work — even if only in one patient and in one eye — is exciting,” Ehud Isacoff, a neuroscientist at the University of California, Berkeley, who was not involved in the study, told The New York Times.

The trial is the culmination of 13 years of research, and the authors of the report say it’s proof that the concept of optogenetics can work in reversing the effects of retinal degeneration. 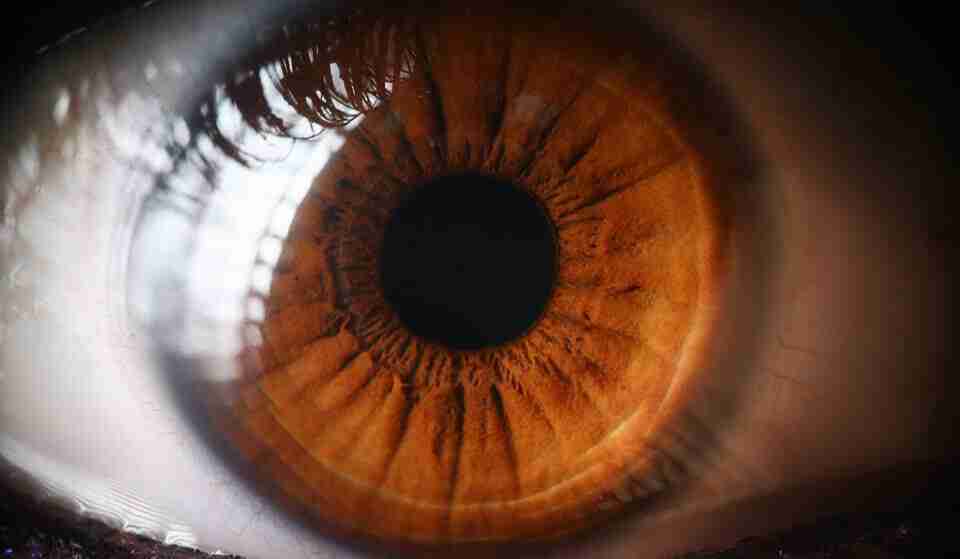 “It’s obviously not the end of the road, but it’s a major milestone,” Dr. José-Alain Sahel, an ophthalmologist at the University of Pittsburgh and the Sorbonne in Paris, told The New York Times.

The ability to see comes from photoreceptor cells in the eye capturing light as it enters through the retina. These cells send information to ganglion cells, which in turn transmit information to the optic nerve, which then forwards everything to the brain.

If the photoreceptors aren’t able to capture light, however, no information gets received or transmitted and you lose the ability to see. 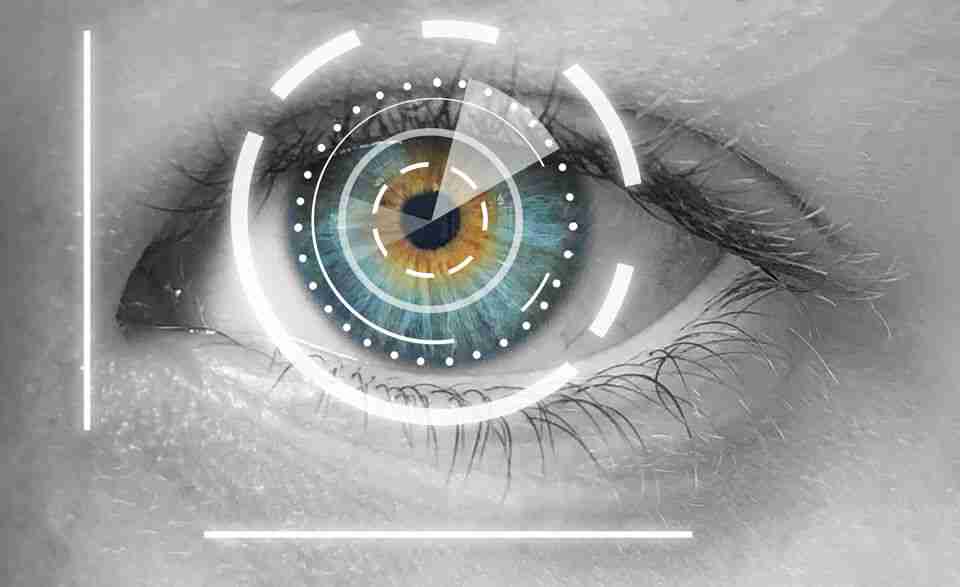 The proteins needed to do this are derived from algae and other microbes and have the ability to make nerve cells more light-sensitive.

While 80% of visual impairment is curable or preventable, there are a number of retinal degeneration disorders where there has never been any form of cure or prevention.

Retinitis pigmentosa, usher syndrome, and macular degeneration are all forms of retinal degeneration that break down the eye’s ability to detect light. 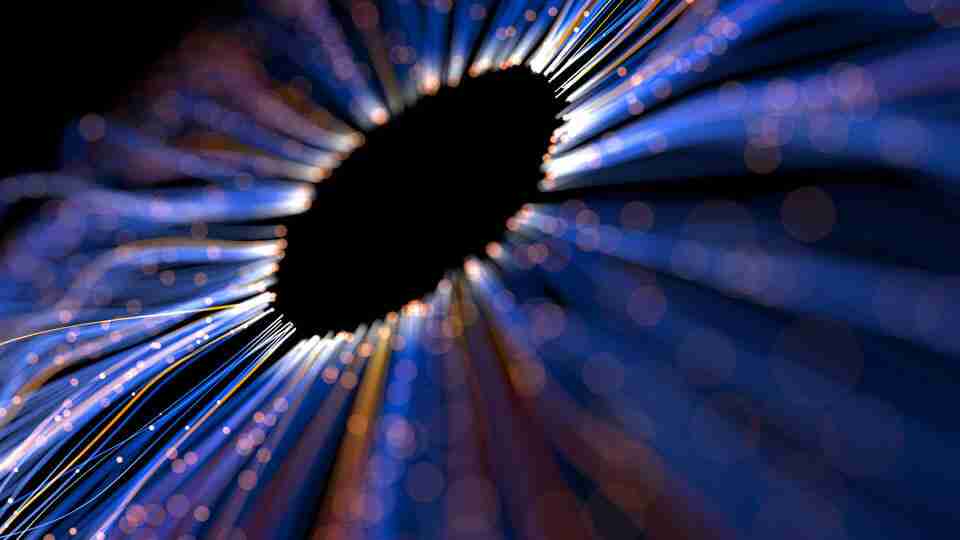 What makes it especially hard to treat, according to Dr. Raymond Iezzi, an ophthalmology consultant with the Mayo Clinic, is there are hundreds of different abnormalities which can cause these disorders.

“While there are several patterns of retinal degeneration, each is treated differently depending on the cells affected as well as the stage and severity of their degeneration,” Dr. Iezzi told Medical News Today.

Hundreds of different gene therapy treatments would thus need to be created in order to curb all the different ways retinal degeneration occurs.

Even still, the therapies would only be able to slow down the disease, not reverse it once it has taken its full effect. In other words, up to this point, prevention has been the most realistic best-case scenario. 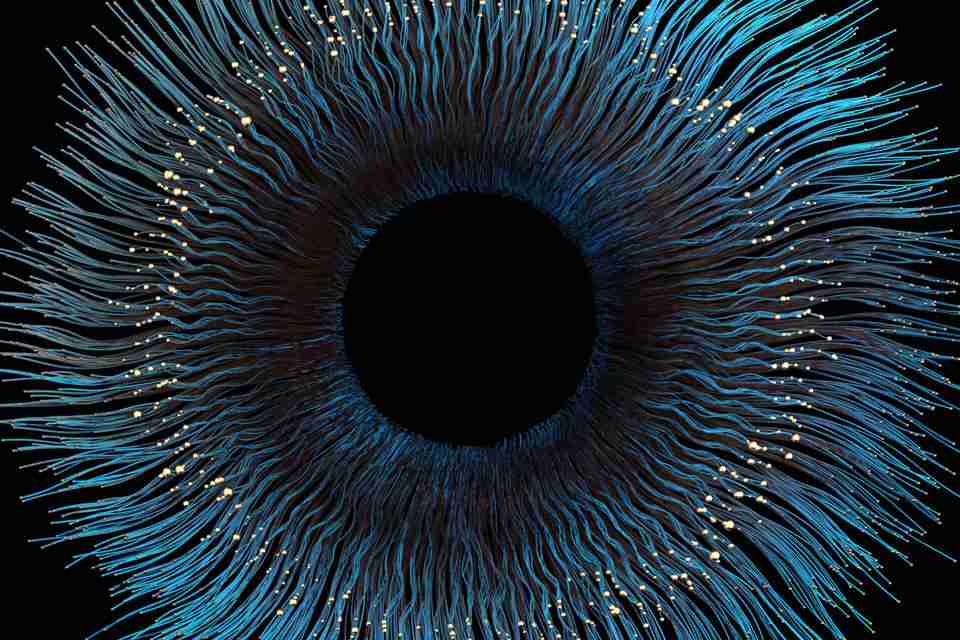 Interestingly, perhaps, optogentics was not originally intended to be used as a way to restore sight. The method was used as far back as the early 2000s, when scientists developed it as a way to study how different areas of the brain worked.

Ed Boyden, a neuroscientist at M.I.T. who helped develop optogenetics, told The New York Times he was surprised but intrigued by the possibility of it being used as a way to restore vision.

“So far, I’ve thought of optogenetics as a tool for scientists primarily, since it’s being used by thousands of people to study the brain,” he said. “But if optogenetics proves itself in the clinic, that would be extremely exciting.” 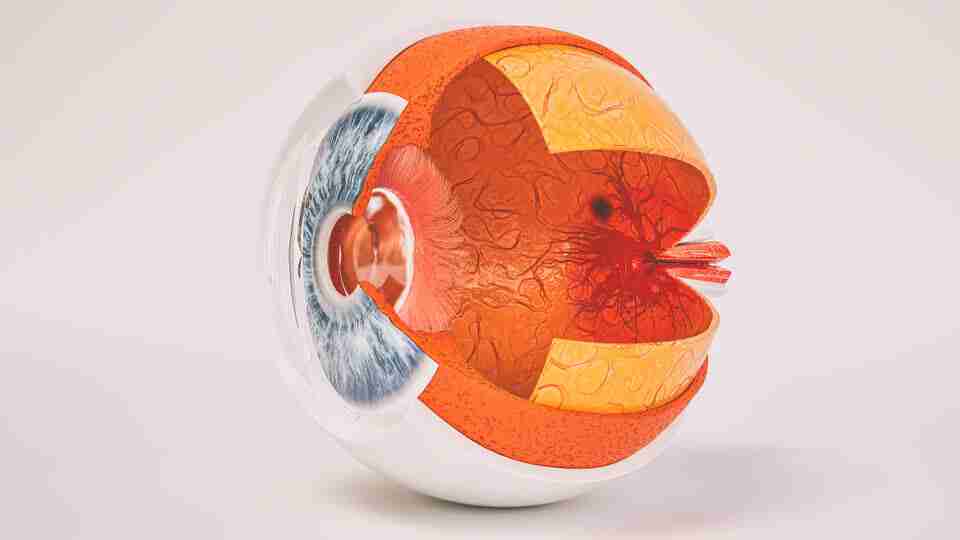 Dr. Salah and his team used optogenetic proteins sensitive to amber light, which is easier on the eye than other forms of light and stronger than those originally used by Dr. Boyden and others.

The proteins were delivered to ganglion cells through viral injection, and special goggles were invented to reconstruct visual information picked up in the physical world into amber light, which the ganglion cells could then read.

One big question was whether the brain would be able to understand the signals being sent to it, according to Botond Roska, an ophthalmologist at the University of Basel and a co-author of the study.

“The brain has to learn a new language,” Roska told The New York Times.

While the COVID-19 pandemic slowed down the study’s progress, Dr. Salah and his team were able to contact the man whose eye they had injected a virus into and had spent the past seven months using the special goggles. 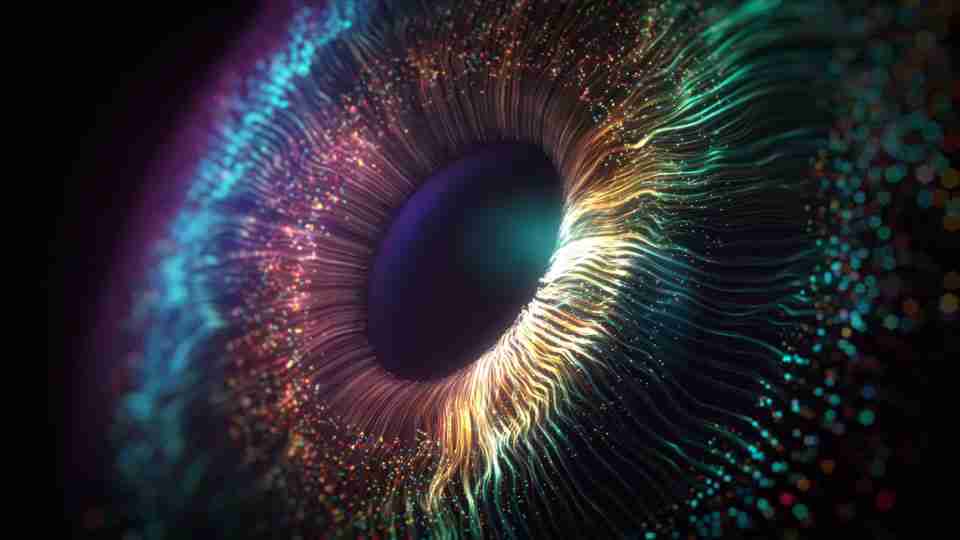 He reported that he had been wearing the equipment when at home and on walks and said he was one day able to see crosswalk stripes.

Once he was able to come into the lab, the man was able to reach out and touch a notebook sitting on a desk and count objects placed in front of him 12 out of 19 times.

During some of the tests the man wore a special electrode cap which was able to detect his brain activity. When the goggles sent information to his retina, the cap picked up activity in areas of the brain associated with vision.

More volunteers are now being brought in for training and testing, and the plan is to inject them with higher doses of the virus. The goggles are also going to be transformed into more comfortable, practical, and powerful spectacles. 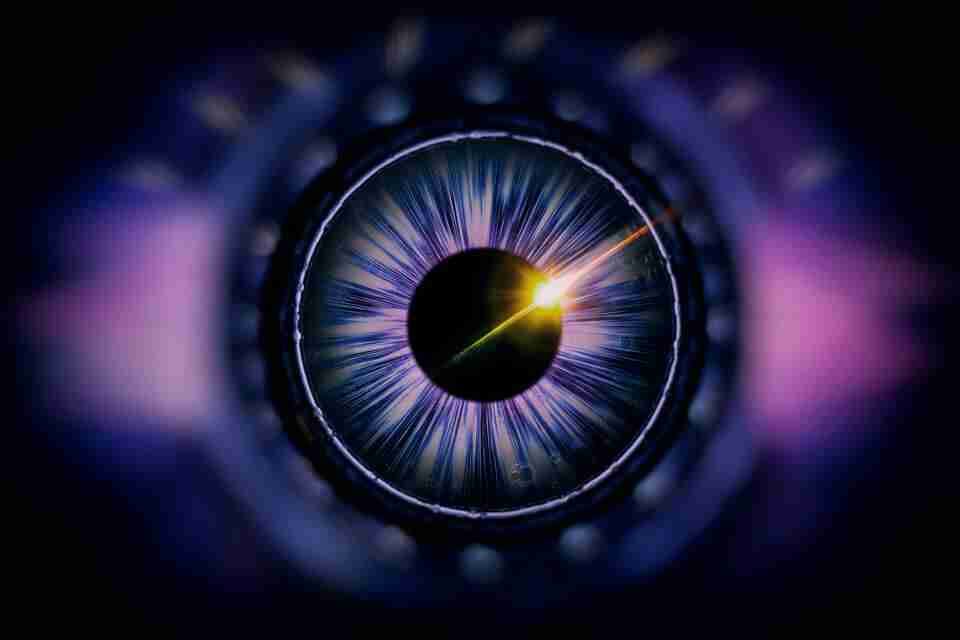 Dr. Sahel and his team of researchers have founded a company called GenSight in order to facilitate moving their technique through clinical trials, and, if all goes right, approval from regulators.

“These sorts of high-tech approaches are bringing what was once a very distant horizon — restoring vision in these kinds of patients — much closer,” Paul Bernstein, an ophthalmologist at the University of Utah School of Medicine, told Stat. “It’s really just amazing.”