Let there be (LED) light

The next time you enter a room and flick on a switch, odds are your light source will be coming from an LED light bulb. 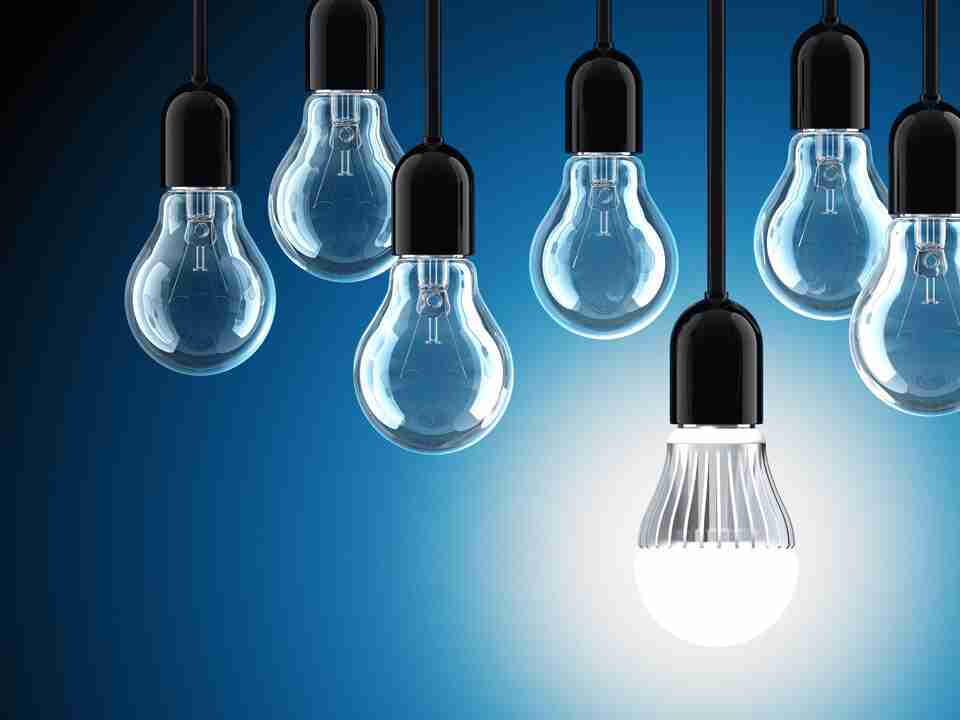 In other words, step aside Thomas Edison.

Since the world-renowned American inventor patented the incandescent light bulb in 1879, it — along with the fluorescent lamp, patented in 1907 — had been the planet’s go-to source for man-made light.

The future, however, would appear to be in the form of LED technology, a type of electric bulb which is able to produce light using one or more light-emitting diodes.

Not only do LED bulbs use 75% less energy than their incandescent ancestors, but they are also brighter, last longer, and are more cost-effective.

LED lighting made its first appearance in the early 1960s, but at the time was considered inefficient, as it was low-powered and could only create deep red light, making it unsuitable for general lighting.

Confined to use in devices such as indicator lights and numeric displays, it was not until 1994 that the first high-brightness blue LED light was released. This, in turn, led to the creation of the first white LED light, which we are familiar with today.

The U.S. Department of Energy (DOE), recognizing the potential benefits of LED technology, helped speed along its meteoric rise when, in 2007, it established the Bright Tomorrow Lighting Prize — more commonly known as the “L Prize” — which challenged the lighting industry to come up with a replacement for incandescent and halogen options.

Offering incentives such as federal purchasing agreements and utility programs, one company that took up the DOE’s challenge was Philips Lighting North America, and in 2009 became the first to submit an LED bulb alternative.

“Philips is confident that the product submitted meets or exceeds all of the criteria for the L Prize,” Rudy Provoost, then-chief of Philips Lighting, said in a statement to the New York Times in 2009.

Following 18 months of testing, the DOE would go on to award Philips Lighting with the coveted L Prize.

“The L Prize challenges the best and brightest minds in the U.S. lighting industry to make the technological leaps forward that can greatly reduce the money we spend to light our homes and businesses each year,” said then-Energy Secretary Steven Chu, in a statement released by the DOE at the time. “Not only does the L Prize challenge innovative companies like Philips to make LED technology even more energy efficient, it also spurs the lighting industry to make LEDs affordable for American families.”

As the years went by, LED bulbs continued to both improve fundamentally and gain popularity in consumer consciousness. This, again, was likely due to the technology’s advancements in efficiency, productivity, and overall cost effectiveness.

Furthermore, research indicates that the market for LED bulbs will rocket to around $25 billion by the year 2023, a roughly 12-times increase from the $2 billion it was calculated at in 2014.

“As LED packages rapidly fall in cost and improve in efficiency, the cost structure of LED luminaires will shift, and present opportunities in other components such as secondary optics and drivers,” said Christopher Hwang, Lux Research Associate and report author, in an interview with Marketwired in 2014.

While the initial investment of an LED bulb will cost a consumer more than an incandescent, research shows that, when you take efficiency and longevity into account, LED technology is a significantly more cost-effective option.

As it stands, the projected lifespan of an LED light is 25,000 hours. A number substantially higher than that of fluorescent and incandescent bulbs, which can last for around 10,000 and 1,200 hours, respectively.

Considering both the cost and watts per bulb, along with electricity usage and longevity, a switch to LED from incandescent would save a household that uses 25 bulbs around $3,500 in total cost over a 25,000-hour span.

Perhaps the only downside to LED technology — for manufacturers, that is — is that their longevity and efficiency means that consumers need to buy less.

In the case of the Bucyrus Lamp Plant, located in the Ohio city of the same name, Business Insider reported in February that the sizeable employer intends to lay off staff after GE Lighting, now owned by Savant Systems, decided to move its production of Walmart brand LED bulbs from Bucyrus to a factory in China.

The company cited production costs as a reason for shifting the bulbs assembly, which lasts 85% longer than comparable incandescent offerings, overseas.

“We’ve turned over every stone in our attempt to lower the cost of assembly and keep those jobs but admittedly we have not been successful,” a GE Lighting spokesperson said in a statement to Business Insider. “Unfortunately, it’s no longer economically viable to continue to operate the line.”