Leen Kawas, the co-founder of Athira Pharma, has launched a new venture based in Los Angeles and Seattle. She is now the co-founder and managing general partner of the global equity investment firm Propel Bio Partners LP, which will invest in life sciences companies that aim to advance human health with disruptive therapies and technologies. 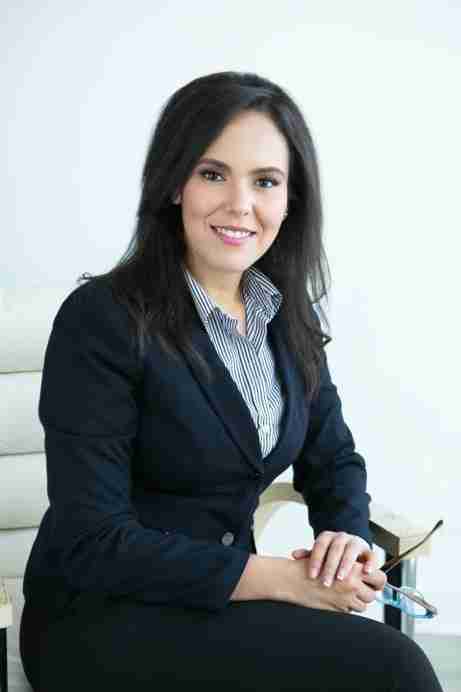 Kawas’ work with Propel is a continuation of her mission to innovate in the medical field, as well as her passion for supporting promising entrepreneurs.

Dr. Kawas earned her bachelor’s degree in pharmacy from the University of Jordan. She immigrated to the United States and completed her doctorate in molecular pharmacology at Washington State University. She later co-founded M3 Biotechnology, eventually known as Athira Pharma. The company focused on developing meaningful therapeutics for neurogenerative diseases such as Alzheimer’s.

In 2014, Dr. Kawas was named Athira’s president and CEO, and she sat on the company’s board of directors until 2021. Kawas co-invented several drugs in Athira Pharma’s pipeline, most notably therapeutical candidates for Alzheimer’s and Parkinson’s. In six short years, she built the company from the ground up, leading it from the early stages of drug development, through its public offering, and into the final stages of developing potentially life-changing therapies. She was named Startup CEO of the Year at the 2019 GeekWire Awards.

Dr. Kawas’ work with Athira was groundbreaking, making her the first female CEO to take a technology and biotech company public in Washington state in 20+ years. Outside of her own biotech endeavors, Kawas is passionate about environmental innovation and empowering other entrepreneurial women. She currently lives in Washington with her family.

A Lifelong Passion for Science and Medicine

Kawas’ passion for medicine and biotechnology, along with her business acumen, can be traced back to her childhood experiences.

She was raised by inspiring, trailblazing women, instilling self-confidence and motivation from a young age. Her mother was a writer and business operations manager who eventually ran one of the largest hospitals in Jordan, a unique endeavor for a woman at the time.

When Kawas lost two of the inspirational women in her life to cancer and degenerative disease, she became driven to innovate in the medical field.

At the age of seven, her grandmother died of cancer. At that time, there were few options for cancer patients. Kawas struggled with the feeling that there was nothing the family could do, prompting her to think, “This is crazy. I’m going to grow up and find a cure for cancer.”

When she was 17, Kawas lost her mother to a combination of neurodegenerative indications. Her earlier mission to cure cancer was redirected to the neurodegenerative space, ultimately leading to a doctorate in molecular pharmacology from Washington State University.

In co-founding Athira Pharma, Kawas’ mission was not only to help people with neurodegenerative diseases, but also to improve the quality of life for their loved ones and caregivers. With her latest venture, Kawas continues her lifelong mission to advance human health.

Kawas cofounded the investment firm Propel Bio Partners with Richard Kayne, a Los Angeles-based asset manager who was also an early Athira investor. Propel aims to support life sciences companies that are focused on improving quality of life and changing standard of care with disruptive therapies and technologies.

Propel will invest in companies at varying stages of growth, from startup to late stage. Support for these companies will extend beyond financial investment. Propel will also offer access to medical experts, operational advisors, and service providers to further bolster the founders and management teams of its portfolio companies. These resources will cover critical aspects of the development process across all stages of growth, with an emphasis on quality and efficiency.

Kawas says that she is excited to provide promising, passionate entrepreneurs with the same opportunity that Kayne and others gave to her when she launched Athira.

In addition to Kayne, Propel has support from several other Athira investors, including strategy and operations expert Carol Criner, who joins Propel’s advisory board.

Other board members include:

The advisory board will assist in evaluating opportunities, and Propel’s portfolio companies will have access to this team of experienced experts.

According to a recent filing with the Securities and Exchange Commission, Propel Bio seeks to raise a pooled investment fund of $150 million. If the effusive statements from Propel’s early investors are any indication, it’s certainly an attainable goal for the firm.

Similarly, Athira investor Criner says she has “only grown more confident in Leen” throughout her involvement with Propel Bio. Advisory board member Robert Krall says his involvement in Propel is “a testament to [his] confidence in Leen.” He adds, “I believe she has the skills and ability to help promising entrepreneurs commercialize groundbreaking new therapies and technologies.”

Kayne, Propel’s co-founder, describes Kawas as “a visionary entrepreneur with a unique blend of drive, intelligence, and demonstrated business acumen.”

With Dr. Kawas bringing her extensive skills, experiences, and passion to her latest mission-driven endeavor, Propel Bio Partners is likely to drive innovation and improvement in healthcare.