As a group, Launch House founders Brett Goldstein, Michael Houck, and Jacob Peters are redefining practically every field they touch, from accelerators to hacker houses and even the concept of networking. 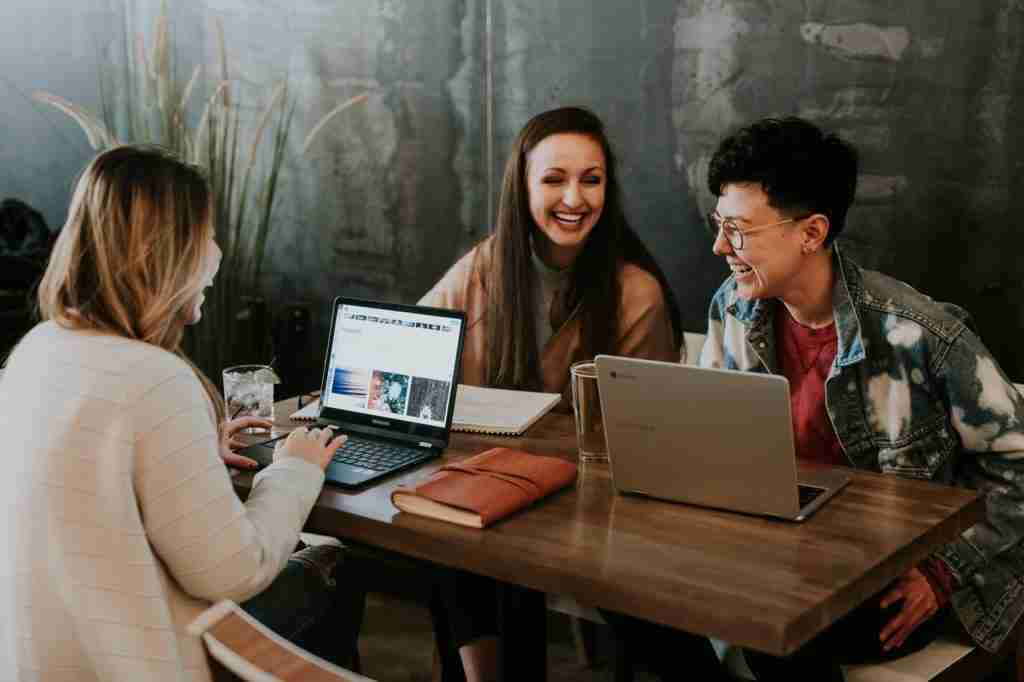 As a group, Launch House founders Brett Goldstein, Michael Houck, and Jacob Peters are redefining practically every field they touch, from accelerators to hacker houses and even the concept of networking. Now, they’re joining forces to change the funding landscape for female-led startups. Best of all, they’re doing so by listening to the voices that count: those of women themselves, especially ones within the Launch House community. But first, they have to define what they mean by community.

A Strong Support Base

As Goldstein explains, “I usually describe Launch House as a community for startup founders to help them do two things: level up and look better.” But rather than be tied to the company’s original model of co-living and in-person residencies, he says, “What we’re moving to now is basically a digital-first global membership, where members get access to peer support groups.”

In essence, these are “groups of five to seven entrepreneurs who are going to be there with you, help you solve problems, be your shoulder to cry on, and all that stuff.” Then, armed with that support, members can immerse themselves in events, workshops, mastermind groups, and many other digital-first programs, all designed to help them achieve their desired business outcomes.

Of course, these offerings are open to every Launch House member. But in order to benefit, founders need to become members. To that end, Goldstein says, “We’ve issued hundreds of thousands of dollars of grants” that reduce the cost of Launch House membership. Specifically, adds Houck, the grants focus on “founders from traditionally underrepresented backgrounds within the startup world, including female founders.”

The Scope of Underrepresentation

While there’s a glass ceiling for women in virtually every arena, it’s a particularly pressing issue in the startup world. “Two percent of venture capital dollars go to female-founded companies,” Goldstein notes. But inside the Launch House community, things look very different, as 27% of Launch House startups that receive funding are led by female founders.

The Launch House team admits that the playing field still needs to be fully leveled. But what matters is that the team is working hard to achieve equity. Goldstein explains, “It’s a big machine to operate and takes a while sometimes to implement certain feedback, but we do take it really seriously, particularly in terms of making a safer and more equitable, inclusive environment for women.”

These efforts have taken on many different formats. In addition to the grant program, “We launched a kind of female founder residency program,” Goldstein notes, acknowledging, “There have been female founder retreats in the history of the tech industry, but this is the first major female founder standing hacker house to my knowledge. And the women who participated … said that this was a kind of life-changing experience.”

Perhaps, he says, that’s because “being a founder is hard,” but things are just harder for female founders, first “because of unique dynamics around being a woman, but also [because] there just aren’t that many female founders you can easily talk to.” The Launch House solution? Goldstein puts it simply: “When we put them all in a house together, a lot of them … accelerated their growth in ways that they didn’t anticipate.”

Beyond just throwing women together and hoping for the best, Goldstein says they’ve referred back to two female founders who joined the first Launch House residency program in Los Angeles. He explains, “We were fortunate to have two women in the community who either ran or were high-up officers in clubs or consulting firms focusing on [diversity, education, and inclusion], specifically Generation Z and female DEI initiatives.” Learning from what worked — and what didn’t — to support these early community members, the team made thoughtful adjustments, focusing on everything from ideal temperature settings to any “specific thing that we changed based on feedback.” And the results of these adjustments speak for themselves.

Today, notes Goldstein, one of Launch House’s greatest success stories is “a female CEO. She was actually pregnant while she was at Launch House in the early days.” And her ability to stand out among members is a big deal, considering “we’ve had companies hit No. 1 in the App Store,” Goldstein says, in addition to raising capital from “top venture funds.”

Moving forward, the team plans to lean into initiatives that draw female founders into the Launch House community, helping them secure the funding — and other tools — needed to turn startup dreams into reality. After all, says Houck, “The wins within the startup world change pretty quickly sometimes.” To make sure each member keeps scoring those wins, the team will keep an eye on “where things are headed,” offering critical guidance to get each community member there in the fastest way possible.

Stay up to date with the latest from Launch House here: https://www.tiktok.com/@launch_house