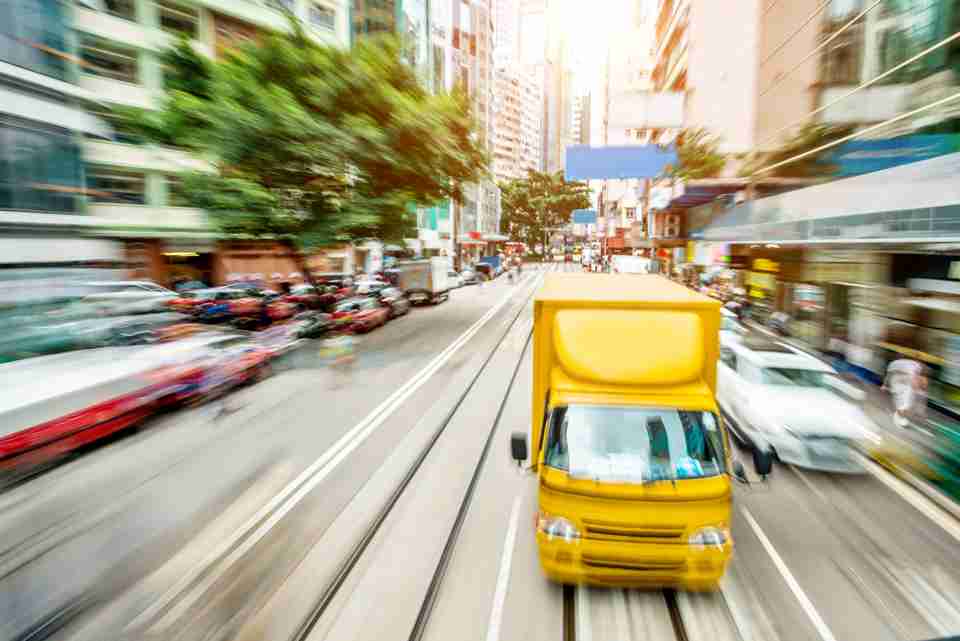 We live in an era of convenience. Almost any product we desire can be ordered with a few taps on our smartphones and show up at our doorstep in a day or two — sometimes even sooner than that. Add to that the rise of food delivery services, and the number of vehicles required to make deliveries is staggering. The result of our Faustian deal with e-commerce is the so-called “transportation apocalypse,” which leads to further congestion on highways and city streets to the frustration of commuters everywhere.

Average speeds in cities has dropped to 15 miles per hour, with San Francisco dropping to an average of 10 miles per hour. Something needs to be done. Recently, New York City announced plans to adopt “congestion pricing,” which will charge an as yet unannounced toll to drive into Manhattan below 60th Street with money going to the enhancement of public transportation. The controversial measure is set to go into place in 2021, and other cities with congestion problems, such as Philadelphia and Portland, will be watching.

While imposing fees on drivers could alleviate some of the congestion in certain cities, other metropolises simply don’t have the infrastructure in place to support a large-scale switch to public transportation. As such, focus has been placed on finding solutions to the transportation apocalypse by improving the supply chain, specifically last-mile delivery.

Speaking to CityLab, Hofstra Global Studies and Geography professor Jean-Paul Rodrigue imagines that some of the congestion will naturally be alleviated over time, explaining that “the number of passenger vehicles on the street is likely to drop.” The logic is that fewer cars will be on the street as people become increasingly accustomed to free, speedy delivery and forego trips to stores.

Of course, there needs a solution while we wait. Cities need to be able to work more efficiently with e-commerce businesses and delivery providers and coordinate shipping. Some such coordination is simply arranging for deliveries to be made away from peak hours when a double-parked delivery truck on a two-lane street can snarl traffic for blocks — but that is not effective in meeting the needs of customers who expect deliveries during the day.

Fortunately, e-commerce sites and shipping companies have massive amounts of data that can be put to use in solving the last-mile delivery traffic problem. Matthias Winkenbach of MIT’s Center for Transportation and Logistics explained the potential of such data to MIT News, “Companies have a lot of data to sift through, but it tends to be simple data like transactions, delivery records, and customer information, primarily stored in-house,” he says. “By combining it properly, you can generate a lot of insight into how demand is structured, how your customers behave, and how you can adapt your delivery systems to better serve customer needs.”

Most companies already use AI software such as Evertracker to acquire information and predictability in their supply chain. If retailers can work together and share their information with shipping companies, delivery routes can be optimized, leading to fuller delivery vehicles and an overall decrease of trucks in the city.

Similarly, many cities are installing smart street lights from companies such as Siemens and GE that collect audio and video. While the lights’ data collection has raised some privacy concerns, there are also advantages to having a connected city. Lights that sense traffic and available parking spots could share that data with delivery trucks to lessen the need for trucks to double park on narrow streets and to optimize routes. Additionally, the city can use the aggregated data to find new ways to funnel traffic during certain hours and designate parking for delivery at appropriate times. 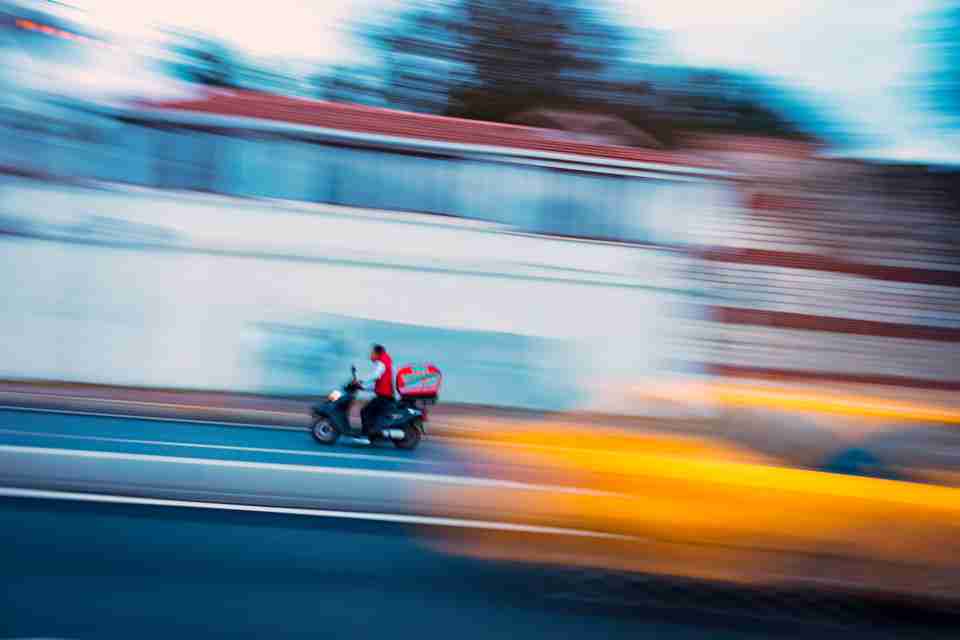 The establishment of smaller, more localized distribution centers and potentially using now-abandoned malls and shopping centers as logistics centers could open the door for a variety of new delivery methods. Rather than having large delivery trucks clogging city streets and emitting fumes while idling during drop-off, smaller, more eco-friendly vehicles could be deployed.

Darkstore seeks to provide companies with last-mile logistics solutions by offering them space in big cities where they can store inventory. The startup keeps costs low by finding extra space in existing malls and brick-and-mortar stores to partner with and use as local fulfillment centers. Darkstore then completes deliveries using nearby courier services, such as XPO and Deliv, keeping big delivery trucks off the city streets.

Hitch is attempting to use crowdsourcing to solve last-mile delivery problems. Using an app, Travelers (those making deliveries) can use GPS to find items in need of shipping that are along their route. Information such as what needs to be delivered and when is provided by Shippers who, like Travelers, are vetted by the service and by social rankings. The service decreases traffic by using vehicles that are already on the street.

Bike couriers are already used for delivering small items such as food and documents in many cities, but they could be employed more widely and to greater effect delivering small to mid-sized parcels from localized centers. Small autonomous ground vehicles (AGVs), such as those made by Marble, are another option for mid-sized packages. Such droids can autonomously navigate sidewalks while keeping items locked inside until the recipient enters an access code to retrieve them.

Flirtey is an independent drone delivery service that completed the first FAA-approved commercial drone delivery in 2016, delivering Slurpees, coffee, a chicken sandwich, donuts, and candy from 7-Eleven in Nevada — the drone has since been enshrined in the Smithsonian’s National Air and Space Museum. This accomplishment, along with subsequent Silver State 7-Eleven deliveries could provide a glimpse of what’s to come in cities across the country as Amazon and other big companies explore drone delivery.

Fleets of delivery drones could be sent from local distribution centers or could be deployed from parked trucks where they are controlled by a driver. McKinsey & Company estimates that one human supervisor could manage 8-10 drones. Such a solution keeps trucks away from narrow or crowded city streets.

Before delivery drones take to the air and AGVs replace delivery trucks on city streets, there is still plenty of regulatory work to be done to make sure the machines being let loose in the cities are indeed safe. Fortunately, there are several options for ways to address the logistic conundrum of last-mile delivery. It will most likely take a combination of methods to adequately address the situation.

From robotics used in delivery to predictive analytics there is plenty of room for innovation in finding solutions to the traffic havoc wrought by our appetite for convenience, and plenty of money to be made for the companies leading the way.