Kent Krabill believes that the lawyer who tells the more compelling tale wins more often than not. 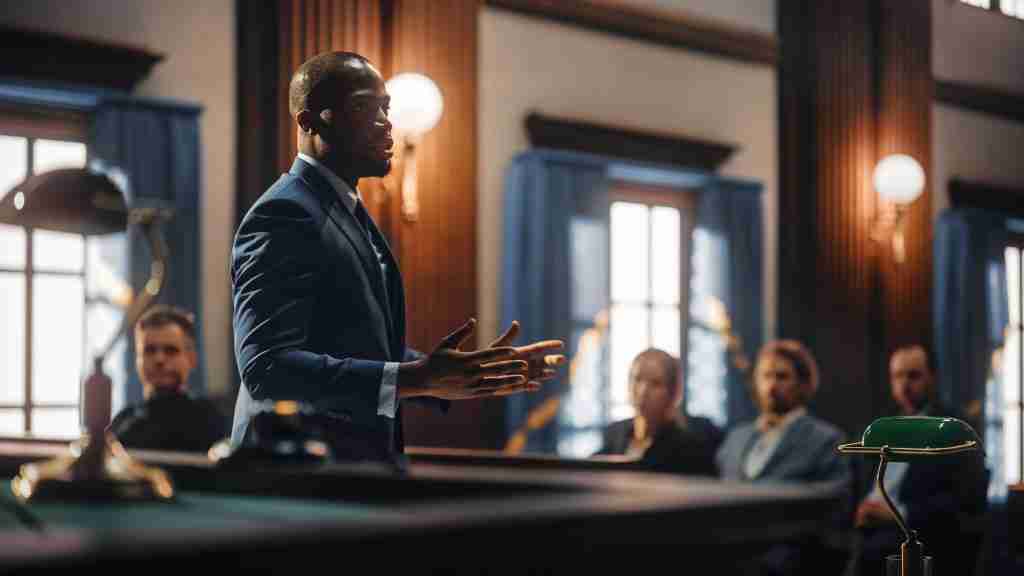 As anyone who’s ever sat on a jury can tell you, facts are crucial. However, truth is subjective. Kent Krabill of Lynn Pinker Hurst & Schwegmann, whose impressive oratory skills have swayed numerous juries, knows that the art of storytelling is essential to the success of any trial lawyer. Kent Krabill believes that the lawyer who tells the more compelling tale wins more often than not.

“The reality is … when you’re making the discovery, you’re looking at [documents], you’re interviewing people, you’re sizing [the case] up — ‘How is this going to play?’ — and then [you] have to come up with the narrative. It’s storytelling,” Krabill said. “To me … it’s just who can come up with the best story because all the facts are the same.”

Why Storytelling Is Important in Trial Law

The history of storytelling is as old as the history of the human species. Stories connect us to our culture by putting our experiences into a shared context defined by our belief systems, values, and understanding of the people and events that touch our lives. While many are based on fiction, stories help us make sense of the world and our place in it. Reports in the form of parables are considered to be some of society’s most powerful teaching tools. The impact of effective storytelling and the influence it can have on the decisions we make cannot be overstated.

In trial law, storytelling must be grounded in facts rather than fiction. However, a case narrative’s main function remains the same: to form a connection, to create context, and by virtue of the strength of its ability to convince, sway the jury to accept one attorney’s version of the facts over another. “You have two sides who see the world in very different ways. So, what do we do? We tell stories,” Kent Krabill explained. “They tell their story using the evidence the best way they can, and we tell our story using the evidence the best way we can.”

Over the course of a trial, storytelling becomes a symbiotic relationship between the attorneys who present the cases and the judges and juries who hear them. During voir dire — the selection process by which lawyers interview potential jurors for a case — smart litigators look for jurors whose personal narratives align with their case narratives.

In an Apr. 11, 2019, article for the ABA Journal, writer Drury Sherrod noted how jurors’ disparate world views informed their verdicts as follows: “Psychological research on human decision-making says that our brains evolved to make quick, automatic, intuitive decisions based on impressions and feelings, not to make slow, orderly, analytical, statistical decisions. Even when judges instruct jurors to keep an open mind until they have heard all of the evidence, most jurors still rush to judgment. They begin telling stories about a case that reflects their own life experiences early in a trial during the opening statements.”

Kent Krabill, who has a background in psychology and teaching as well as law, understands the better able a juror (or judge) is to relate your case narrative to their own experiences, the more likely they are to decide in your favor. The key to winning, Krabill noted, is that the story must resonate with what he calls “the fact finder” in the case. “Whether it’s the judge or jury … they can see the truth emanate.”

Storytelling is an art for which some lawyers are better equipped than others. Kent Krabill cycled through many career choices — construction, medicine, teaching — before finally determining the legal profession was where he could best apply his talents. “I happened to be an excellent writer, and so that’s a skill you have to have as well to be a lawyer,” he revealed.

While storytelling can be learned, only some attorneys are adept at weaving the available evidence into an effective narrative that engages a jury’s logical minds and emotions. As with any good story, a case narrative must present listeners with a story arc — a beginning, a middle, and an end — that draws them to reach a conclusion. If the lawyer has done their job, the conclusion the jury reaches is the one their story advocated.

“Storytelling helps jurors focus and remember critical case facts and issues,” wrote Nashville, Tennessee-based attorney Phillip Miller in a Mar. 30, 2021, feature for Lawyer Minds. “Storytelling provides jurors an organizing framework for evaluating which facts are relevant or irrelevant as well as what evidence is important. Stories also help jurors understand the motives of a party or key witness. Without a story, the case may be difficult for jurors to understand or remember.”

The more complex the case, the more important it is for the lawyers presenting it to be able to sift through a mountain of facts and select only the most compelling evidence as the framework for building their narratives. Litigators who mire their cases in boring litanies of facts and figures only to lose sight of the bigger picture don’t win cases.

Think of it this way: You can give someone all the dots, but if you don’t connect those dots in a meaningful way, none of what you’re saying is going to resonate — nor will it be memorable during deliberations or, ultimately, convincing to a jury. That’s why, along with a story that follows a logical path, attorneys must give juries the kind of evidence that moves their cases in a steady direction with a consistent flow. The most effective legal storytellers (and regular storytellers) excel at creating dramatic tension — the sense of building toward an inevitable climax in incremental, increasingly stirring steps — as they plot out their cases.

Ironically, contrary to the canon of TV legal procedurals (sorry, Perry Mason, David E. Kelley’s L.A. Law, Dick Wolf’s Law & Order, et al.), for the most capable trial attorneys, closing arguments generally serve as a coda or outcome to the case narrative they’ve meticulously presented. Closing arguments are the moral of the story, a synopsis of the lesson to be learned, not the meat of the argument jurors must digest in order to reach a verdict. A lawyer who waits until closing to make their case is like a comedian who tells the audience the punchline without setting up the joke. The result just falls flat.

What Makes a Great Trial Lawyer?

The simple answer to the question, “What makes a great trial lawyer?” is: trying cases. While the perception of the American legal system may be that the preponderance of litigation winds up in court, that’s just not the case. As reported in an Aug. 7, 2008, story in The New York Times, per a study conducted by DecisionSet, a consulting firm that advises clients on litigation decisions, “The vast majority of cases do settle — from 80% to 92% by some estimates.” (Many legal industry experts put the figure closer to 97%.)

“When cases are expensive to litigate … people try to come up with a resolution,” said LPHS senior partner Eric Pinker. “But there are also cases that need to go to trial, and because so few cases do, there is a growing — and large — number of big-firm lawyers who are in a, quote, ‘trial department’ who have no or very minimal trial experience. They’re very good at discovery. They’re very good at motion practice, but they haven’t been to trial because their cases just don’t get there … There [are] a lot of surgeons out there [who] have not ever actually done surgery in our profession.”

Kent Krabill credits Lynn Pinker Hurst & Schwegmann founders Mike Lynn and Eric Pinker for instituting, preserving, and promoting the firm’s prime directive: Every case should be trial-ready, whether it makes it to a court or not. “We are all about trying the case,” Krabill confirmed. “So … from day one, that’s how we put a case together.”