At the end of the day, entrepreneurship is a lot like sport. An athlete pushes himself or herself to the limit to achieve their dream,...

At the end of the day, entrepreneurship is a lot like sport. An athlete pushes himself or herself to the limit to achieve their dream, surrounded by a helpful, supportive team that helps them reach their goal. Sound familiar?

I didn’t realize this correlation was so strong until I had the opportunity to chat with a world-class athlete. Katie Uhlaender is an American skeleton racer who has won the women’s Skeleton World Cup title twice and has competed in three Winter Olympic Games. And although sport has been her life, she was full of experiences and advice that could apply to just about everyone. 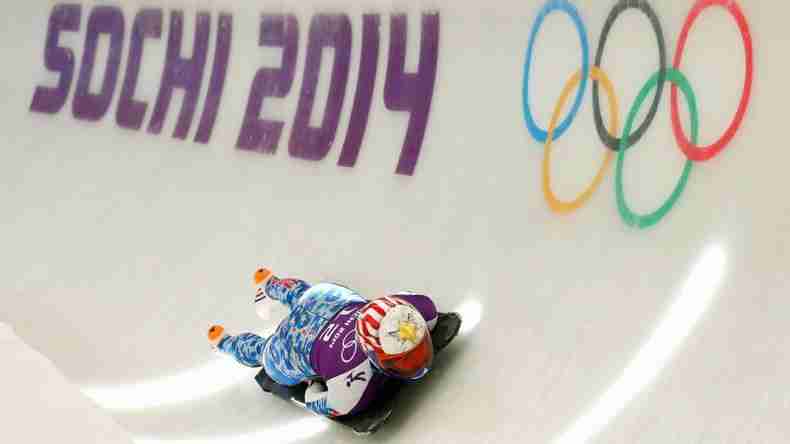 Uhlaender all but stumbled into skeleton after a chance encounter with a bobsledder who encouraged her to take on the challenge of hurdling face first down an icy course at over 80 miles of hour with only a helmet between her and disaster. She was terrified her first time down the course, but immediately fell in love with what would become her career for the next decade.

“It looked scary, but at the end of my first run I realized that the fear becomes part of the experience,” she shared.

Our conversation took place thousands of miles apart, as she was in Switzerland training for the skeleton world championships—except it was too warm to go down the track. Despite the training setback, Uhlaender was pumped and ready to get to it, especially after a short period of time away from the sport she loved.

“I had the pleasure of taking a season off,” she shared. “I’ve been doing this for 19 years, and I had this impression I was missing out on the ‘real world’. But I really wasn’t missing anything. I missed the sport and representing my country. Even after taking a year off I still find the same thrill.” 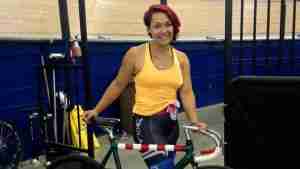 It hasn’t been an easy journey back to the sport, and to be honest, the whole journey has been one of painful hurdles. A broken ankle after the 2006 Turin Winter Olympics, a torn ACL and MCL in 2008, and a shattered kneecap in 2009 couldn’t keep her away from her passion, but a concussion and lingering hip and ankle injuries pushed her out of contention for a medal in the 2014 Sochi Games.

After a short stint in competitive weightlifting in 2012—which she had to give up because of her hip injury—and her 10 surgeries by age 30 to repair her body from the wear and tear of skeleton, Uhlaender was at a crossroads. Her body was telling her a break from her sport of choice was necessary, but her competitive drive and want to continue to challenge herself still ruled her emotions. During time at the Brian Carrick Brain Centers in Texas, which helps rehab U.S. veterans, she realized that if these men could re-acclimate to the world after the things they had been through, she could recover and get back to sport.

“All my professional life I’ve seen setback as an opportunity to create a solution and discover something new. Reset your mentality, be proactive, and life becomes an awesome wave to ride.”

So while rehabbing after her 10th surgery, Uhlaender turned her rehab exercise of stationary cycling into her new goal. With a new sport to learn and train her body, the challenge was on again, this time on a bike instead of a sled. 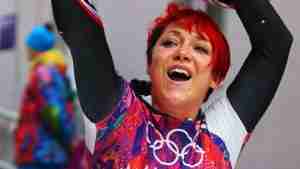 “Although skeleton is my passion, my competitive athletic career has been about representing my country and travelling the world to discover new things and cultures. So even though I couldn’t do skeleton, I’ve been able to find a new passion in the other sports I’ve tried.

“In weightlifting, it was the comradery that attracted me. It’s a group of people who are so passionate and max out and fail every day, who then get up to do it again the next day. And my childhood love for cycling reappeared when I fell into it again as an adult.”

The chance to develop new athletic skills and not change, but redevelop, her body to be competitive in a new field proved to Uhlaender that skills from her specialty of skeleton and later weightlifting and cycling could be applied to other disciplines.

Uhlaender’s story centers on allowing yourself to make mistakes—to not always win the gold, or make every business deal—and still be proud of what was accomplished during the journey, and even of the outcome, despite failure.

“Success to me is never giving up—mistakes are just awesome opportunities to grow.”

She’s had her ups, winning everything in her sport but an Olympic medal, and she’s had her downs, but Katie Uhlaender is not the type to give up. More importantly, she’s someone who sees success and joy in everything she does—even in her mistakes and failures.

“It’s taking me a long time to accept myself. But as you get older I’ve realized that the inner you becomes more exposed. When I was younger, I was always picking out my mistakes even if I won, I never gave myself the breathing room to celebrate or enjoy my accomplishments. 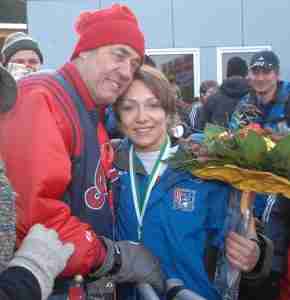 Success and failure? Ups and downs? Living in the moment? Following your passion? Nope, doesn’t sound anything like what entrepreneurs do.