“This was a shocking finding for us,” said John Hailer. “It meant one-quarter of our working population was saving nothing for retirement because of the excessive debt burden of student loans.” 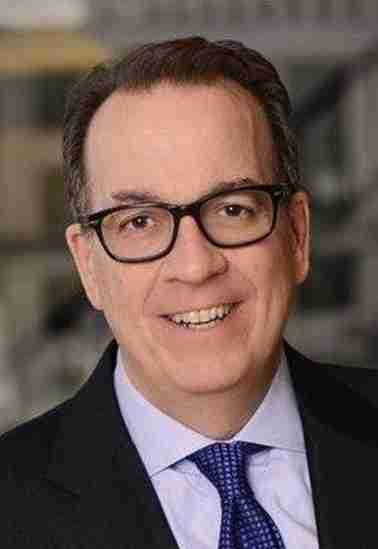 A college education has long paved the way for rewarding careers in many industries. Over time, however, tuition and living expenses at colleges and universities across the United States have drastically increased beyond most families’ ability to pay. As tuition and other costs have risen, students have increasingly turned to debt to finance their educations.

The result has been sometimes crushing debt burdens on vast swaths of the working-age population – debt that more and more is affecting borrowers’ long-term financial futures with far-reaching policy implications for the broader economy.

In 2022, more than half of US students will have left college with student loan debt, a total amount of debt that ranks second only to home mortgages.

However, many carry education-related debt well into middle age, with 35-to-49-year-olds representing the largest number of borrowers with individual student loan debt totaling more than $100,000 each.

In April 2022, the Education Data Initiative published a report that concluded that student loan debt has a recession-like effect on the US economy.

The result has been downward pressure on consumer spending, lower credit ratings, lower rates of home ownership, and fewer small business owners, who are most likely to use personal financing to start their businesses.

This is what caught the attention eight years ago of Boston financial services executive John Hailer.

Hailer, former CEO of Natixis Investment Managers and now Chairman of Diffractive Managers Group, noted in Natixis’ annual survey of US retirement trends that one in four Americans – and nearly one-third of Millennials – had cited excessive student loan debt as the number one reason for not participating in company-sponsored retirement plans.

“This was a shocking finding for us,” said Hailer. “It meant one-quarter of our working population was saving nothing for retirement because of the excessive debt burden of student loans.”

“And the long-term policy implications – for all of us – are even more alarming,” he said. “We know those early years are critical. Investing regularly prior to the age of 40 and stopping will yield much more at retirement age than starting at the age of 40. And the number one reason this isn’t happening is student loan debt.”

“We saw how as a business we could make an immediate impact in the lives of our employees while also demonstrating how the corporate world as a whole – with a relatively small investment – can move the needle in a big way when it comes to the twin challenges of student loan debt and saving for retirement.”

The Natixis student loan repayment benefit was launched on January 1, 2016, and guaranteed up to $10,000 to every full-time employee who had been at the company for at least five years and had an outstanding Federal Stafford or Perkins loan. Newer employees would gain the benefit in their fifth year.

Not surprisingly, Natixis employees embraced the initiative. And within a year, Natixis was contributing to the student loan debt burden of one in five of its employees.

“It was huge,” said Hailer. “The feedback we received was well beyond our expectations.”

“We did this as a company because it was the right thing to do,” he said. “And it quickly became a competitive advantage that played a big role in both employee retention and recruiting.”

Natixis’ industry leadership spurred other prominent financial companies to offer their own student loan repayment programs, setting the stage for widespread industry adoption within the next few years. And in the years that followed, student loan forgiveness soon became a common benefit at many large corporations across the US.

“Helping people achieve their financial goals is at the heart of our business and our industry, so we knew that leading by example was the right thing to do,” Hailer said.

When the COVID-19 pandemic began in March 2020, the federal government paused many student loan payment requirements. By late December 2021, 24 million federal student loan borrowers had their debt in forbearance. This temporary payment freeze was set to expire in May 2022 but was extended to August 2022.

With the student loan payment freeze scheduled to end, the Biden Administration introduced its Student Debt Relief Plan. This three-part plan is designed to help borrowers transition back to the regular student loan payment schedules. The program includes up to $20,000 of loan forgiveness.

First, the student loan repayment pause will be extended through December 31, 2022. Regular payments will resume in January 2023. In addition, the U.S. Department of Education will provide tailored debt relief to low- and middle-income households. Finally, certain classes of borrowers may have all their student loans forgiven via the Public Service Loan Forgiveness Program.