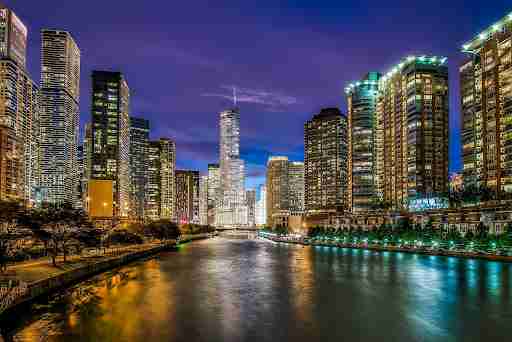 “I have never seen a better job market in my 25 years in business than I’ve seen today,” says Tom Gimbel, the CEO of a staffing agency for white-collar jobs called LaSalle Network. Sam Sanchez owns restaurants including Moe’s Cantina, Tree House, and Old Crow Smokehouse. Sanchez says he’s getting workers from other industries who he has to train, but he adds, “You can come in as a dishwasher and end up owning the restaurant.”

What do these two individuals have in common? Well, not all that much except they both live and work in Chicago. Over the summer of 2021, the Illinois jobless rate was still stubbornly hovering at over 7%, but in the city of Chicago things are looking up. Companies such as AT&T are on hiring sprees, with hundreds of positions needing to be filled by the end of 2021. Other Chicago-based firms are reportedly offering US$1,000 signing bonuses and generous benefits such as reimbursing tuition. Yes, part of this is indeed a reaction to the “Great Resignation,” but there’s also a sense of economic upswing in Chicago that some of those who spoke to the Chicago Sun-Times recently – such as LaSalle Network CEO Tom Gimbel – say they haven’t felt in a long time.

In short, there are jobs in Chicago. And not just ‘jobs,’ but good-paying, meaningful jobs. As noted, this is partially due to what some prefer to call the “Great Reassessment,” one of the terms being used for the fact that 4.3 million people quit their jobs across the United States in August 2021. Many of those who resigned, however, were employed at perhaps minimum wage ($15 an hour in Chicago) positions. Some have concluded that – considering childcare or other living costs – the working hours weren’t worth the returns. And fair enough. Why would anyone work long hours in return for just barely being able to scrape together enough to pay (most of) the bills? The good news, however, is that the Chicago job market is changing as both employers and employees come to terms with this so-called great reassessment. Some jobs are becoming more flexible by allowing remote or work-from-home solutions, while other employers are offering generous incentives and free training … but only if they believe the candidate is a “quality” individual and not just someone looking for a paycheck. 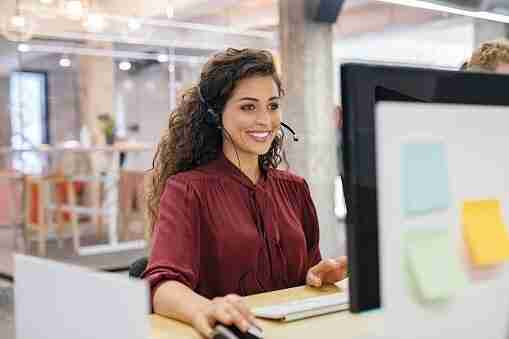 Quality workers are important for hires in industries such as hospitality, where, if you don’t have that ‘special something,’ you aren’t going to be much of an asset to the organization. Those who do have ‘it,’ however, are in serious demand. Some express frustration with the job market in Chicago and pine for days gone by. This attitude, however, is incorrect according to staffing experts who say that job prospects in Chicago are awesome for the right kind of employees. There are workers who are willing to learn on the job, willing to go the extra mile, and willing to get outside of their comfort zone.

People who can juggle marketing and social media promotions, for example, or those who are willing to finish a degree in, say, a medical field or some other technical skill that requires certification, are set to not only be ‘in demand’ but to be actively fought over as companies compete to offer the best compensation packages. And companies are increasingly realizing today’s job applicants don’t only want decent wages, but also a more flexible attitude to work and a recognition that one’s life and job are separate… and that the latter needs to be respected. Things are also not bleak for those without a college degree. There are numerous openings across Chicago/Naperville and Elgin that require only a high school diploma or the equivalent. These include a wide variety of positions: courtroom reporters and simultaneous captioners, fence erectors, first-line supervisors, plasterers, train switch operators, telecommunication equipment installers, transportation inspectors, cement masons, sales representatives, insurance agents, carpenters, chemical plant system operators, and the list goes on.

But what a lot of those non-college degree jobs require is the willingness to ‘learn the position,’ which can include a learning curve. And again, to fall back on a cliché, this requires getting out of your comfort zone. As an example, perhaps someone has previously been in sales, but have never sold insurance. It may not be a walk in the park to learn this new angle of sales, but it’s also not impossible or even improbable. If the recent past has taught us anything – with the rise of the digital world, robotics, outsourcing, and all the rest of what’s come with decades of modernization – it should have taught us that flexibility and attitude count for a lot. Those who are willing to look at a challenge as something worth tackling are thriving in 2021 America and will continue to thrive. Those who want the world to return to what it was pre-Covid are likely going to find themselves disappointed, as every major upheaval in world history has resulted in a major realignment of work culture. Smart bosses in Chicago are realigning with the times and smart workers in the city are set for brighter days.