Discover the key factors that allowed oil and gas production company Jericho Oil to profit in a market collapse.

Discover the key factors that allowed oil and gas production company Jericho Oil to profit in a market collapse. 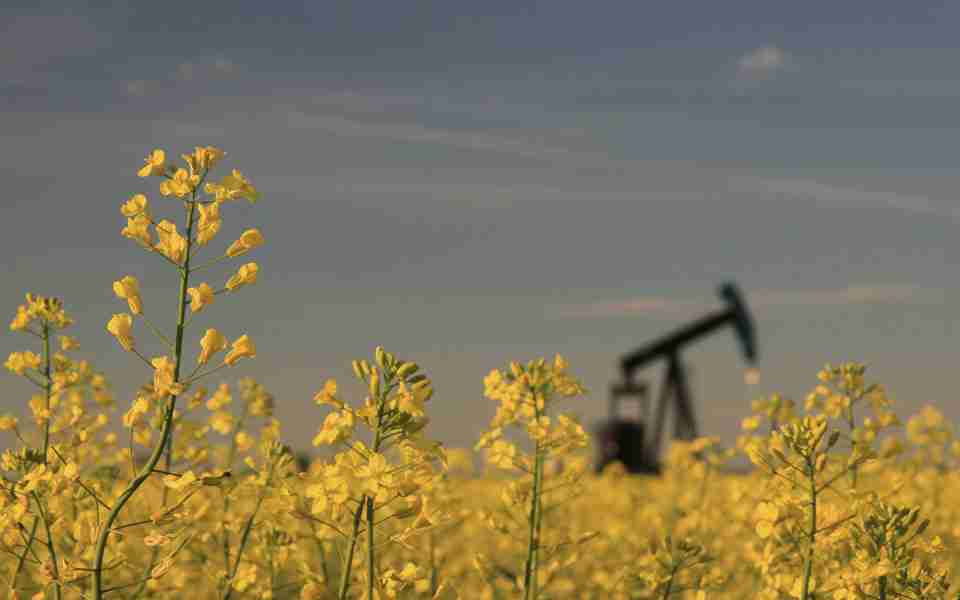 Like any other industry, the oil market can be cyclical. In the past two years alone oil has gone from $100 a barrel down into the low $20s and is now hovering in the $50 range.

Traversing these waters can be not only tricky, but for some it has been impossible to stay afloat. As a result, many have gone bankrupt, moved back to their core areas, or sold portions of their portfolio.

You can sink, or you can swim. To swim the waves during these turbulent times in the oil industry, you need to have a sophisticated and tenured team in place to not only keep your head above water, but to grow and profit as well.

Jericho Oil has found a way to ride the waves and do just that.

“To be successful as a junior oil and gas company you need top-tier talent, focus, and a very specific opportunity for that talent to focus on,” said Brian Williamson, CEO. “The quality of the talent and the depth of experience in our team in the Mid Continent can’t be overstated.”

A talented team isn’t the only base supporting Jericho Oil through its unprecedented successful period. Shareholders—some of the most “enviable long-term shareholders” in the market according to Williamson—are Jericho Oil’s back-pocket aces.

“We have the great fortune of having investors such as Ed Breen, Chairman and CEO of DowDuPoint, Inc. and his family. Mike Graves, an extremely successful owner and operator in Oklahoma for over 30 years, and Sam Belzberg, Chairman and CEO of Gibralt Capital headquartered in Vancouver BC, round out a large and substantial part of our investor base.

“They support us throughout any process, anytime we need capital. They offer us access to that wisdom that only comes with experience. It’s invaluable.”

Over 120 companies in this down market have gone bankrupt in the last few years. Over 80 billion dollars in debt obligations and equity has been lost by companies that could not hang on.

Thanks to its expert team, Jericho Oil has done just the opposite and has grown its land bank, is profitable at the asset level, and continues to look for new opportunities, digging deeper than ever before. 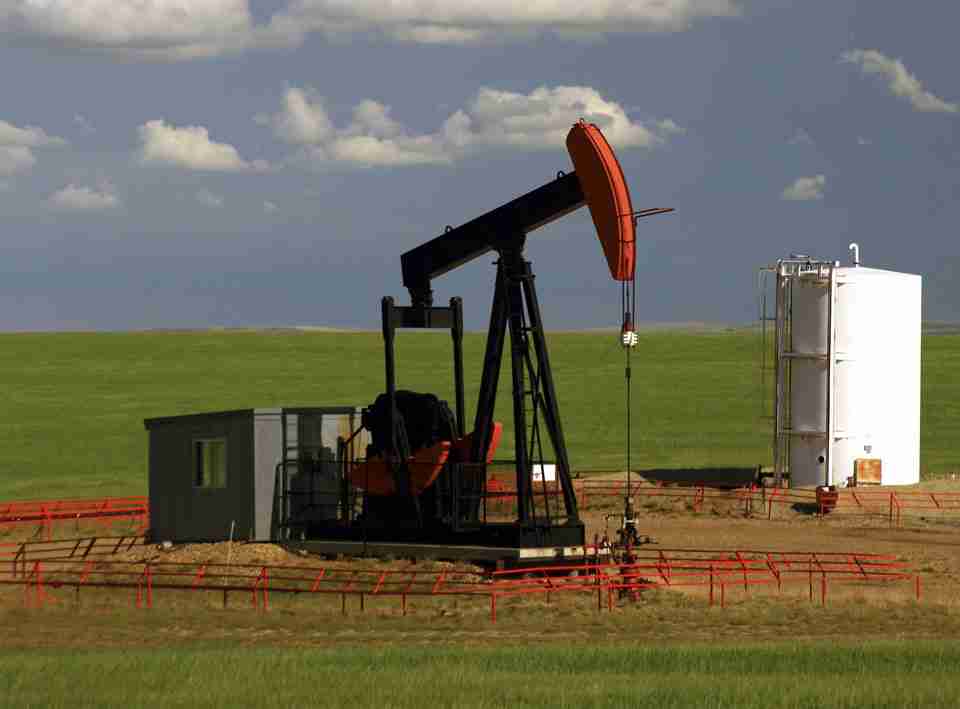 The Mid Continent oil and gas region of the United States, according to Williamson, contains the keys to a modern energy business. For well over a century, it’s been fertile ground for oil discovery and tech advances in the industry, particularly in the Anadarko Super Basin and specifically the STACK (Sooner Trend Anadarko Canadian and Kingfisher Countries) play.

Some of the most prolific oil producers of the modern time are located in the Mid Continent.

“Take that level of production and look what it does: it draws a talent pool to the region. We have tremendous access to talent and have been able to recruit proven industry-leading folks in terms of exploration and expertise.”

Take this into account along with the resource potential, and couple that with the local regulatory environment that is favorable to this market, and you have an unparalleled oil environment in the Mid Continent.

“You see that in the unlocking of the shale source rock deposits,” Williamson said. “It’s spawning modern gains and operational, as well as capital efficiency.

“I believe, because of the developments in this region, we will see moderate prices and reliable energy for the foreseeable future.”

Growth in Down Times

The Anadarko’s STACK Play will have a major role in creating the foundation for reliable energy out of the Mid Continent.

“This superbasin is a pretty special place that has only begun to see its resources tapped,” Williamson stated. “Over the coming decades I believe the Anadarko will play a large role in the U.S.’s resurgence as a dominant energy market participant.”

There’s incredible resource potential in the STACK. Williamson shared that there are reservoirs from a few thousand feet down to 20,000 feet. Just a few short years ago, extracting the oil from these rocks was not possible in the way it is today and, as such, the results and potential for growth in the region increases due to the new technology and information this drilling provides.

With the push of this new technology in the Mid Continent region, horizontal wells and two-mile-long laterals are now standard for the industry.

“Tech has made things that were inaccessible some of today’s largest and most productive plays,” he said.

The key to acquiring such a great asset while other companies are having to shutter was finding a place where Jericho Oil could be profitable during lower oil priced times.

Williamson’s theory is that the industry will see “lower for longer” prices, meaning that $50 barrels of oil are going to be the norm for the foreseeable future. That being said he also believes the reserves now show this basin will produce in 10 years what it produced in the last 50. If this is the reality, Jericho Oil will be profitable at $40 a barrel.

“We knew the Anadarko Stack could be big for us, but we didn’t want to pay too much, especially in a down market,” Williamson shared. “We’ll never be high-price buyers, but we can close and close quickly.

“We saw an opportunity where it was not only a good quality asset with contiguous acres, but the pricing could still be had at numbers below the assets intrinsic value.  The patience to act on the acquisition of these assets and then the ability to move quickly to acquire them has been a game plan that has worked effectively for us.

The Challenge of Running Lean 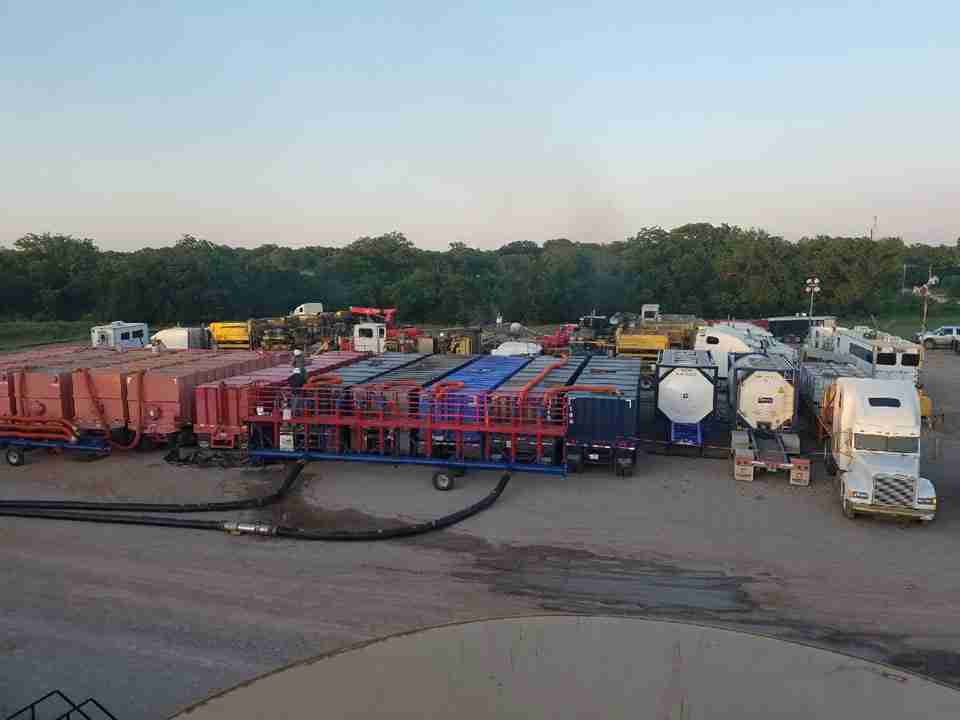 This low purchase price has set the field for Jericho Oil to run lean and mean out of the Anadarko Stack.

“Running lean is incredibly important to us,” said Williamson. “I think it’s overstated and misunderstood just how hard it is to operate lean.”

“We have a team that has developed and operated in a lower price market. If you graduated post 2003, this is your first downturn. Our team leads have all lived in and survived an oil price environment of sub-$30 barrels prior to this downturn. It’s important because you want to net positive margins in the field every day, but in many new fields, that concept was lost with the pressure to go faster that comes with higher price environments.”

Running lean in the Mid Continent often comes down to energy management. Most areas are fairly rural, proving Jericho’s ability run lean by trading its on-grid operations for natural gas generators powered by the very natural gas they produce.

Jericho Oil has implemented a strategy to utilize natural gas to power wells. By running natural gas through generators, the junior oil company’s wells are off the power grid, and safe from lightning storms and other unpredictable factors that might take wells offline.

“This allows near 100 percent uptime for wells,” Williamson said. “They pretty much run 365 days a year. It reduces costs and improves production.”

They’ve taken little ideas and turned them into big savings to the bottom line.  Co-ops are even more challenging and resource-strained but that has not stopped Jericho from finding ways to continue down the path of positive cash flow.

“Typically, you see companies trying to improve efficiencies with uptime. But if you’re down in terms of production, the cost to get up and running again is not only costly but means lost revenue.”

Those who work at Jericho Oil see themselves as part of a high science shop with leaders that have  an intimate knowledge of each asset in their portfolio. Williamson and his team have worked incredibly hard to get the company to where it is today: not just surviving, but thriving, in an environment that has seen some rough times.

But, Williamson was also quick to point out a wild card.

“It’s nice to be a little lucky,” he said. “We had deployed very little money before the industry collapsed. We were sitting there with cash in hand as the market was turning.

“With that and shareholder support, we have been able to acquire assets that were underexplored. We only buy rocks that we believe have a tremendous upside. I believe the Anadarko Stack will more than exceed our expectations.”

Jericho’s growth strategy is achieved through the acquisition and development of overlooked and undervalued assets across the Mid Continent region, primarily in Central Oklahoma. The company brings a systematic, consistent asset development plan to revitalize, exploit, and expand known-producing oil-focused fields and basins that have been underserved from both a capital and modern technological perspective focused on the Mississippi Woodford and Hunton formations. 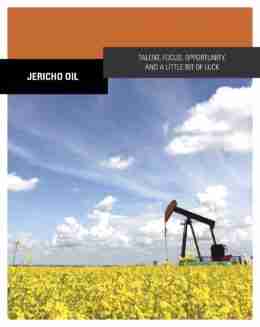 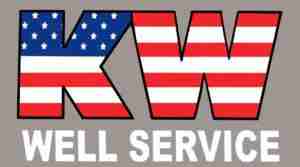 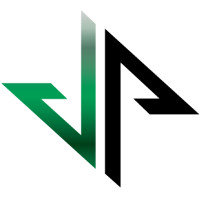