With the upcoming deluge of Iranian oil, the industry braces for oil oversupply and selling momentum

With the upcoming deluge of Iranian oil, the industry braces for oil oversupply and selling momentum

The cost of one barrel of oil has dipped below $30. China, the world’s second-largest oil consumer, is responsible for a 20 percent dip since the start of 2016. Now the global oil market braces itself for the influx of Iranian oil without any clue of how big the deluge will be or when it will begin to ebb.

On January 17th, international sanctions against Tehran were lifted by the International Atomic Energy Agency (IAEA) after Iran had complied with a recent deal to prevent development of nuclear weapons.

No exact date is set in stone for kicking off Iranian crude oil exports. A few of the contingent unknowns include what quantity of crude is in storage, ready for imminent release, and how sizeable a discount Tehran will extend to obtain a higher market share.

Oil makes up 90 percent of Iran’s revenue, as the nation has the fourth largest proven oil reserves globally. Any additional oil would add to the one million barrels a day of oversupply that responsible for more than a 70 percent drop in prices since mid-2014. 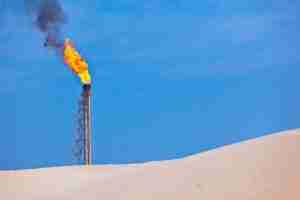 Oil prices have fallen mainly due to oversupply, largely because of the amount of U.S. shale oil on the market, as well as the drop in demand, due to the economic slowdown in China and Europe. Analysts expect low oil prices to persist with the dominant supply over demand trend continuing over the course of the next two years, maintaining low prices.

“The lifting of Iranian sanctions should add to the selling momentum in oil prices. The oil market is seemingly facing its final washout while transitioning into a new normal, ” said Norbert Ruecker, commodities research head at Switzerland’s Julius Baer.

While the oversupply issue persists, the Organization of the Petroleum Exporting Countries (OPEC), a 12-nation producer cartel, insists that the market would start to rebalance later in 2016 while low oil prices take their toll on production outside the cartel.

And with an uncommonly warm winter—along with reduced drilling activity and use of diesel in the commercial transport sector—U.S. demand is at about 800,000 barrels a day, 4.4%, below last year’s January average.