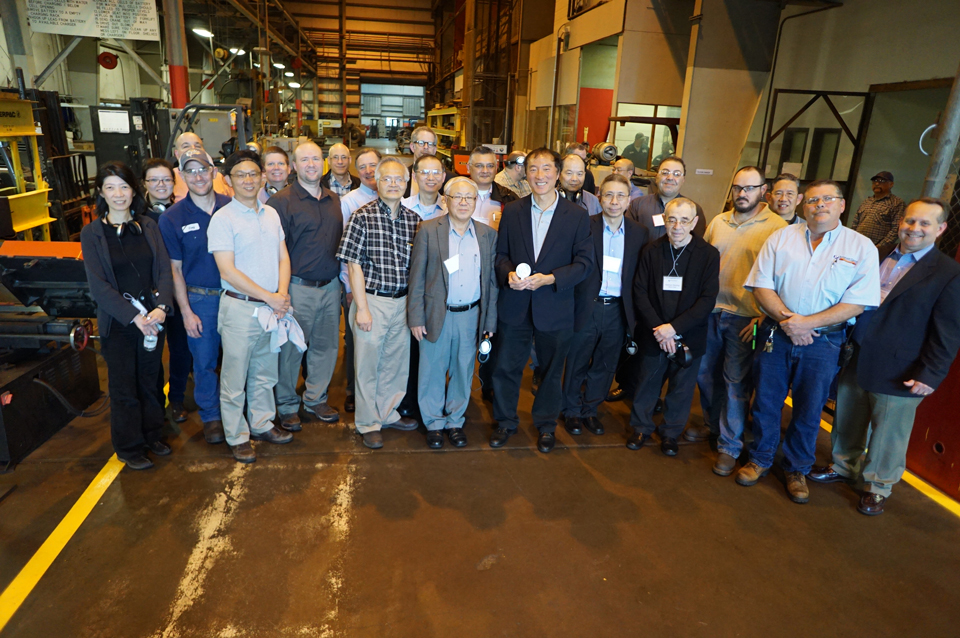 As offshoring continues to drain the life out of domestic manufacturing, there are epicenters of vision and persistence that are creating meaningful jobs, sustaining communities, and redefining what it means to be “made in America.” One such locus exists in the South Texas town of Lolita, population 900—more or less.

The 2.6 square-mile town is home to one of the most advanced plastics manufacturing plants in the world, owned by the Livingston, NJ-based Inteplast Group Corporation. Lolita is home to nine facilities occupying 575 acres; the company estimates that its Lolita location's output will exceed one billion pounds of plastic materials—all of it 100 percent recyclable.

Established in 1991, Inteplast is comprised of three divisions: AmTopp, a producer of polypropylene plastics film known in the industry as BOPP; World-Pak, a source for PVC products, corrugated plastic sheets, and heavy-duty cross-laminated film and bags; and Integrated Bagging Systems, which creates bagging for a nearly inexhaustible variety of uses.

In addition to its Lolita operations, Inteplast operates state-of-the-art ISO 9001: 2008 certified manufacturing facilities elsewhere in North American and in Asia. There are 55 locations in North America. 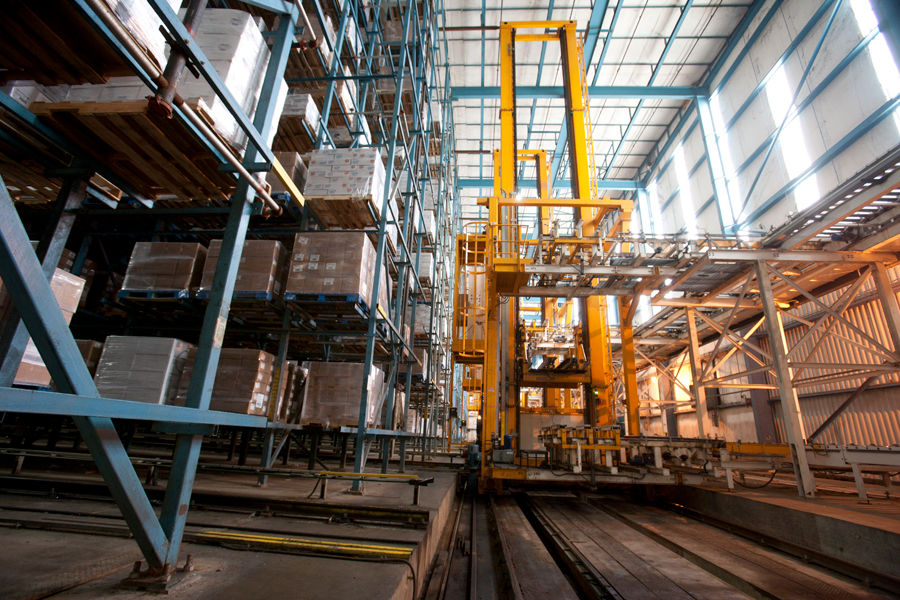 In the early ‘90s, this country’s manufacturing jobs were flooding into countries with lower market labor costs. The fight to keep those jobs stateside was viewed, by and large, as a Quixotic endeavor, especially for a fledgling enterprise. Enter Inteplast Group President Dr. John Young with his leadership team.

“We were aware of capital resources moving overseas. At that time China was the lead country absorbing all these resources, but we always knew there was room for manufacturers in the U.S.,” he recalled. “Thirty years later we’re still here, and have proven that right.”

Young admits that the choice to stay was an easy one to make.

“Once you migrate your resources offshore you’ve lost your core competence forever,” he said. “Countries have their own problems: HR issues, laws. There are many economic and societal issues a developing country needs to struggle with. Maybe it’s not worth it. There are better ways of getting around it.”

For Inteplast, those better ways are rooted in evidence-based management. Strict reliance on what can be observed and proven removes the emotional heat that blurs even the clearest vision, and opens the path to innovation.

“If you have evidence everywhere, you become very rational,” Young counseled. “Very seldom do you see your group yelling and screaming and getting very emotional. We still do, but when you use the numbers you become very calm and cool.”

Through those lean years, the Inteplast team proved that tough times don’t have to call for tough interpersonal tactics.

“I always thought there was something wrong with being a manager by authority. It’s not conducive to life, it’s not compatible with human nature,” Young mused. “Nobody wants to be picked out as the weakest link. We can be critical, but it has to be positive, constructive. Our core values were always there; it was a matter of making them implementable. We could have failed many times, but we just pushed on.”

A culture of cheerful positive reinforcement helped ease the not-insubstantial strain of staying true to the founders’ core values of integrity and transparency, and continues to this day.

“When you take things less seriously, you have a good laugh at the end of the day and you see people succeed,” he added. “Managing actually becomes effortless because everyone wants to succeed. You delegate, elevate, and instead of talking about the past all the time, you move forward every moment.”

That forward motion led the company to deeply invest in technology and people, setting the stage for Inteplast to become one of the first plastics manufacturers in the country to wholeheartedly embrace automation. While the vast majority of competitors eschewed the hefty fiscal commitment required at the time to implement advanced technologies, Inteplast committed resources that would set the stage for the growth to come.

Strategy and Serendipity: Creating an Ecosystem for Lasting Success 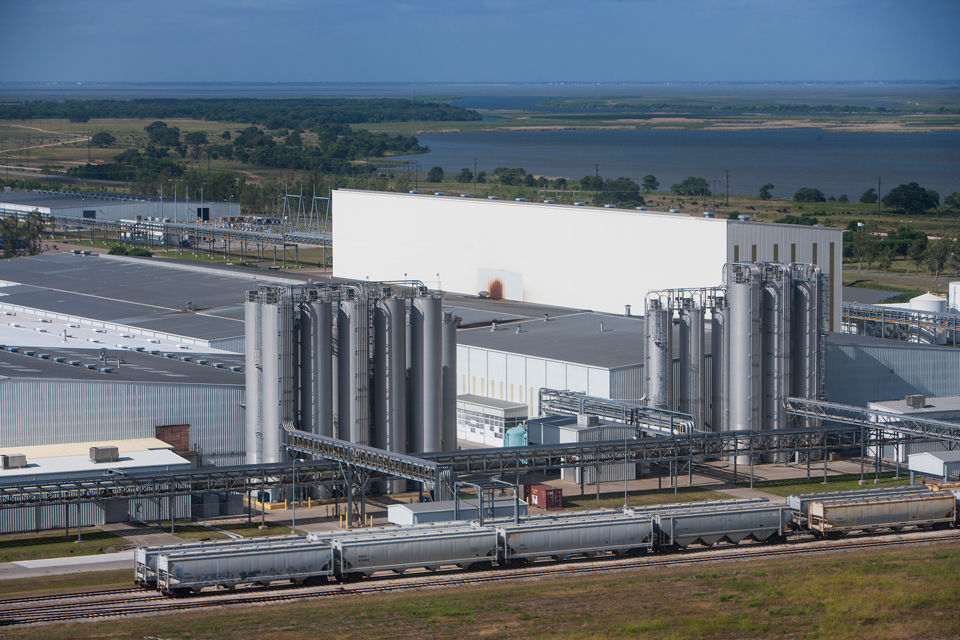 Over the years, that growth has exploded in part from significant M&A activity undertaken in a decidedly holistic way. Young describes the process as serendipity.

“We made a lot of friends, everyone who has sold a company to us has stayed on as a good friend or consultant,” he revealed.

“In terms of strategy, we all think very simply. With any product line, we want to go deeper into our offerings, by providing not only a larger portfolio of similar specifications, but also to broaden our portfolio to include other product lines that can be sold through the same sales channel. This is what we have termed a ‘one-stop supplier’ concept, and it has driven us to expand our base both vertically and horizontally.

“We’ve acquired companies and made them successful; some of them had been really struggling. In the beginning we picked up a lot of struggling companies and our folks turned them around, one by one. There were others that were very successful before we took over, and our challenge was to make them even more successful.”

That collaborative approach extends to product design, and is a critical part of long-term relationship building.

“Our customers rely on us to give them different options and to differentiate against imports, a ‘me too’ category. Even bags, for example. We show samples of products we can make, versus the competition and what the customer has used before, a full range of options including different kinds of printing processes, different kinds of feel and texture, and properties such as tamper resistance, tamper evident, and so forth,” Young noted.

From the beginning, the company has held fast to the physical principles of sustainability.

“We reduce, reuse, and recycle to keep a minimal footprint. We spend a lot of resources to make it work,” he said.

“It’s a matter of commitment. I won’t say it can be profitable, but you can at least break even. It is an economy that serves the environment, the people around you, the community, and also the whole industry. As for management in general, it comes down to positive reinforcement and having a positive outlook on everything because there’s a role for mutual respect and nurturing among co-workers. The same ends up applying to everything else, including environmental sustainability” he added.

“Even in the early ‘90s when we were just getting started, and when the term ‘supply chain’ was a new hot topic, Inteplast Group was already developing sustainable efforts. Due to the size of our manufacturing operation, it was essential to follow the simple principle of the 3Rs recycling methodology—in terms of waste and materials management, reduce inbound items, reuse items, then what’s left, simply recycle it,” he explained.

“Over the past 25 years, we’ve streamlined what comes into the site. We simply don’t want anything coming through our gates that loses its value once it is used,” he continued. “Once an item reaches a condition of zero value to us on-site, we establish the recycling stream as needed.

“We have an extensive list of items that are sent off-site where recycling specialists turn the items into reusable materials. At this point, the Lolita site is recycling more than thirty different items ranging from paper and corrugated material to aerosol cans. Our goal is to never allow an item that can be recycled to make it to the landfill.”

“We processed 36 million pounds of plastics in 2017, all of which can be diverted from the waste stream. Some can be used to make bags, and some to make totes and containers,” added Dr. Yaw Kuen Lin, the firm’s Sustainability Group Project Manager. “We also have two plants making materials into containers and pallets using 58 percent of recycled material; one is in Indiana, the other in Ohio.”

Recycling efforts extend to the production floor, where scrap from old, inoperable conveyor belts has been used in the construction of new ones.

“It’s all internal manufacturing, processing, reusable boxes from facility to facility, internally whether it’s Proctor & Gamble or Frito-Lay, wherever the consumer-based products are being manufactured. It moves us substantially to the next level working with our growth opportunities over the next 10-20 years,” she said.

Inteplast partners with Wisconsin-based plastics Orbis Menasha in the effort.

“They have really taken full swing at it, invested a lot of time, energy, and finance just getting the project started…sampling, investing, coming up with formulations on the products that have worked out for the whole manufacturing process,” Dicang explained. “So it will be astronomical for the company, and a tremendous growth opportunity. The headway that we’ve made is pretty incredible.”

For his part, Young is unworried about customers pushing back on the cost of Inteplast’s sustainability efforts, which many companies are prone to do.

“If you understand your customers’ perspectives, it will always end up all right. Our customers also wish to embrace sustainability, but they need to survive economically. They are looking for recycled and reused contents, but price-wise they must be competitive. We believe we can offer just that. It becomes a win-win for everyone”.

All in all, Inteplast has created a vibrant ecosystem based on relatability, transparency, and mutual support, and it’s one that we’re sure will stand the test of time. As Young asserts, “human beings are emotive, they relate to feelings and to mutual care and respect, so that’s it—it’s the only way.”

Inteplast’s 575-acre flagship manufacturing facility in Lolita, Texas is supported with the most innovative technology available. State-of-the-art plants have been developed at the site, which are the largest of their kind in the world. Combined capacity of these plants exceeds one billion pounds of finished goods annually. The Lolita site has achieved ISO 9001: 2008 Certification, the international stamp of quality. 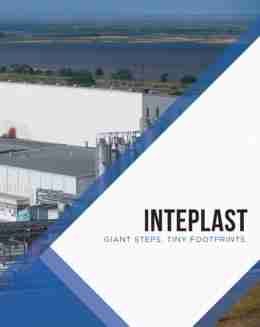