California-based multinational corporation and technology company, Intel Corp announced that it will make a major step towards a driverless future by acquiring Jerusalem-based Mobileye NV for roughly $15.3 billion.

Mobileye is known for its chip-based camera systems behind the semi-automated driving features already integrated into today’s vehicles. The company is endeavoring to use such technology in the center of self-driving cars of the future.

The acquisition of Mobileye marks Intel Corp.’s second-biggest acquisition in history— second only to Altera Corp. in 2015 for $16.7 billion. For the Israeli tech scene, the acquisition is the largest technology deal to date.

Despite this, the deal most likely won’t contribute to Intel Corp.’s revenue— Intel reported sales of $59 billion in 2016 versus Mobileye’s cool $358 million.

The companies are no strangers either. Intel, Mobileye, and BMW AG, have a partnership that aims to put 40 self-driving cars—in test mode—on roads. 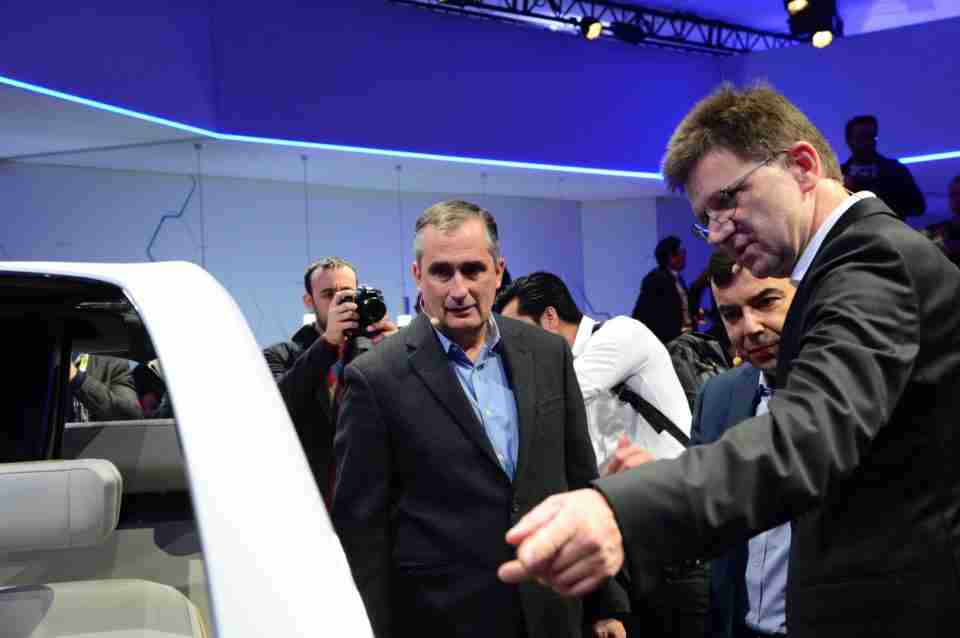 Intel CEO Brian Krzanich (from left), Mobileye co-founder Amnon Shashua and Klaus Fröhlich of BMW Group discuss a BMW prototype at the BMW Group news conference. The BMW Group, Intel, and Mobileye announced that a fleet of about 40 autonomous test vehicles will be tested on the roads by the second half of 2017. The event was a lead-in to CES 2017. (CREDIT: Walden Kirsch/Intel Corporation)

The official website says, “It can even detect lane markings and speed limit signs. All of these capabilities work in concert to provide an Advanced Driver Assistance System that is undistracted, never fatigued, and 99 percent accurate.”

The all­-in­-one system is an advanced aftermarket product that proactively warns drivers of imminent collisions and monitors lane departures, safe following times, and speed. The company reports that fleets using Mobileye have not only seen major collision reductions, but also a reduction of up to 15 percent in fuel consumption thanks to improved driving.

Intel’s Strategy
The tech titan is positioning itself where many chip companies foresee more huge opportunities ahead, self-driving cars and their generated data.

Intel Corp. not only gains the ability to offer automakers a larger offering complete with every component automakers require for self-driving vehicles. Intel Corp. estimates that the market for these vehicle systems, data, and services will be valued at up to $70 billion by the year 2030.

Gartner Analyst Mike Ramsey told Bloomberg, “They’re paying a huge premium in order to catch up, to get into the front of the line, rather than attempt to build from scratch.”


“The saying ‘what’s under the hood’ will increasingly refer to computing, not horsepower.”

The plan is for Intel Corp. to integrate its automated driving group with Mobileye’s operations with oversight from Mobileye Chairman Amnon Shashua. 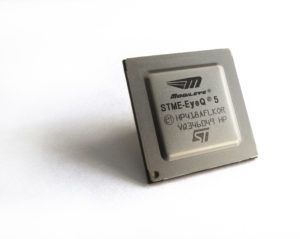 Shashua is also the Co-Founder, Chief Technology Officer, and Chairman of Israel’s OrCam, which launched an assistive product for the visually impaired based on advanced computerized visual interpretation capabilities.

Both companies proclaimed that the acquisition gives Intel closer relationships to suppliers and car makers.

The New Normal
While the historic deal will surely make massive waves for the two companies, this marks an ongoing spike in the development of autonomous technology. Intel joins the likes of Alphabet Inc., Uber Technologies Inc., and Tesla Inc. in the race to a self-driving future.


Other Key Highlights
This deal brings together Mobileye’s leading computer vision expertise with Intel’s high-performance computing and connectivity expertise to create automated driving solutions from cloud to car.  Intel Corp. added that this “positions Intel to accelerate innovation for automakers and to capture fast-growing market opportunity, estimated to be up to $70 billion by 2030.”