Innovation on the menu

Food producers on the vanguard of creativity are saving the world’s people and the planet, one plate at a time.

Food producers on the vanguard of creativity are saving the world’s people and the planet, one plate at a time.

Ingenious inventions that nourish our bodies while preserving the planet’s natural resources are emerging from all corners of the food and beverage industry. Visionary startups and legacy enterprises have found that doing well by doing good is a proven path to prosperity well worth taking, and they’re cultivating unique products and solutions that satisfy changing tastes, economic needs, and environmental priorities. The companies under our spotlight blur the intersection of care and commerce for a more responsible, brighter, and decidedly delicious future. 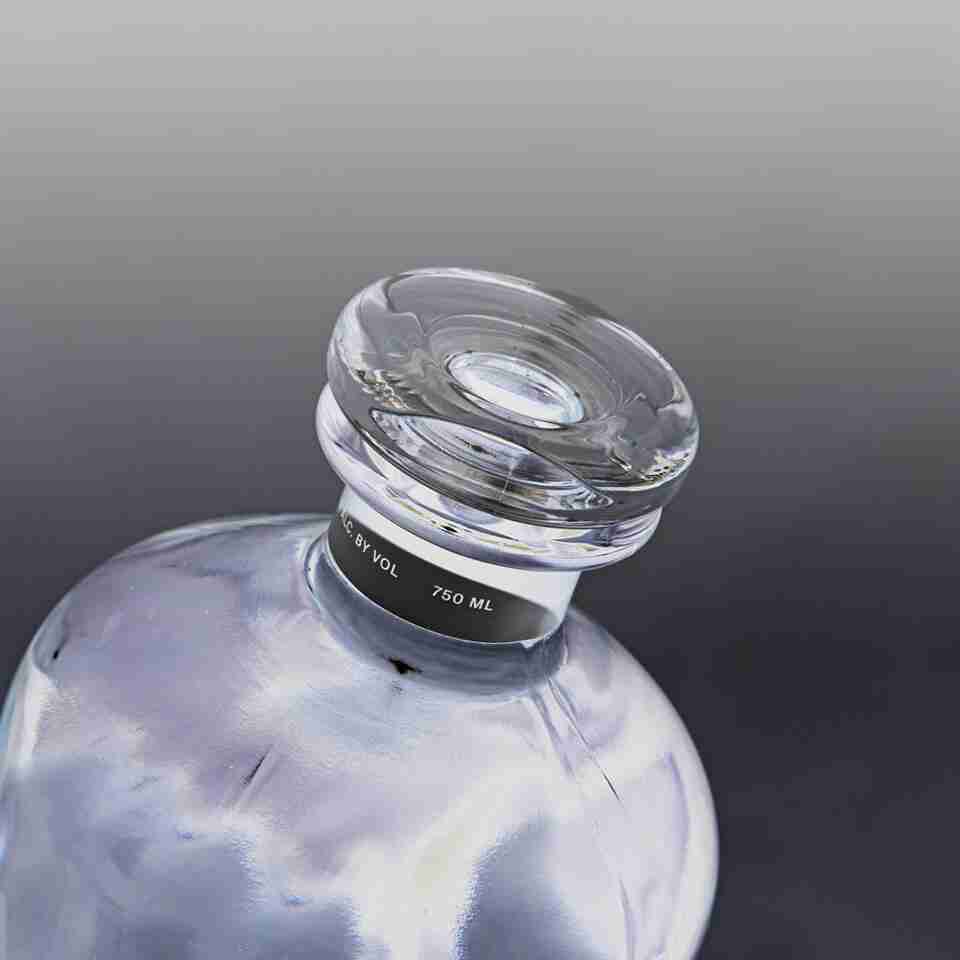 Instead of toasting the new year with champagne, why not ring it in with the world’s most sustainable spirit? Air Vodka, the Brooklyn-based company’s debut product, is free of impurities, gluten, and sugar, and is created from air, sunlight, and water. Air Company uses absorption-based air capture technology to harvest carbon dioxide and uses solar energy to fuel their conversion system, which produces ethyl alcohol with oxygen as the only byproduct. The resulting carbon negative product is truly sippable, and Air encourages drinkers to save and repurpose the chic glass bottle and matching stopper, which are made locally.

This isn’t your typical rocket fuel, but it may one day power a blast off to Mars. According to the company, “Our proprietary technology has the ability to transform CO2, from both the Martian atmosphere and from the air on Earth, into sustainable rocket fuel and allow for the production of other critical feedstock materials on Mars like glucose. Our team of engineers is working on applications of our technology beyond this earth to continue propelling our vision forward.” We’ll drink to that! 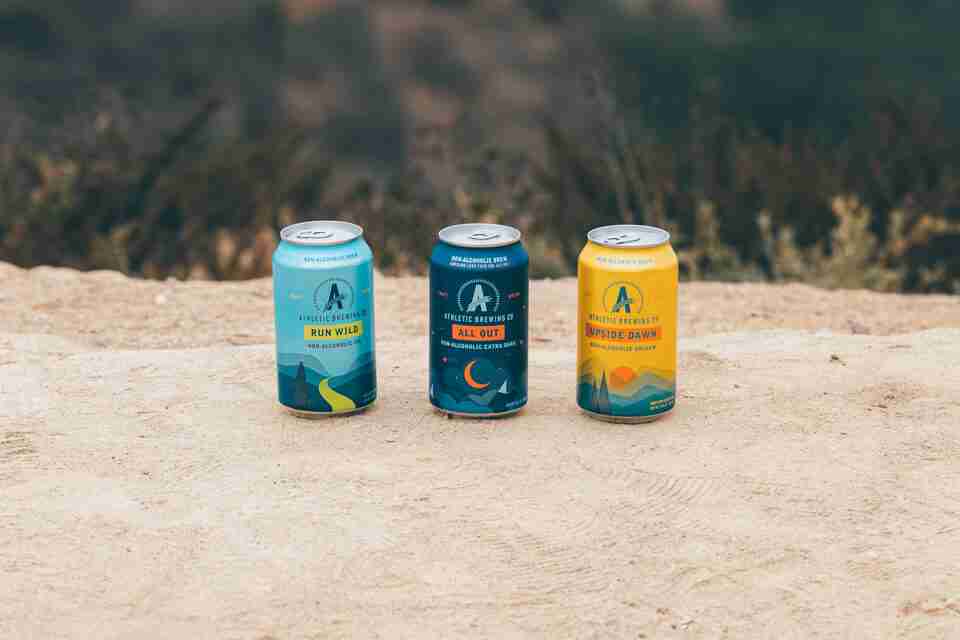 In a world weary of watery near-beers with funky undertastes and dubious provenance, these pioneering brewmasters are offering truly tasty and refreshing alternatives for those of us craving great beer without the buzz. The Stamford, Conn., concern is the first tap room and brewery in the country dedicated exclusively to the production of non-alcoholic craft beer. With outdoorsy branding and monikers that include Free Wave IPA, All Out Stout, Cerveza Atletica, and Upside Dawn, these brews are aimed for the health conscious who appreciate the nuances of finely crafted refreshments that just happen to have anti-inflammatory and antioxidant properties, rehydrating electrolytes, and vitamins.

Their Run Wild IPA recently took home a 2020 World Beer Award in the pale beer category. The award site described it as having a golden hue and hazy appearance. “The nose has citric hops and tropical fruits—mango and pineapple. The citrus hop notes continue into the palate, which starts sweet and becomes a little grainy. A good, balanced example of the style.” 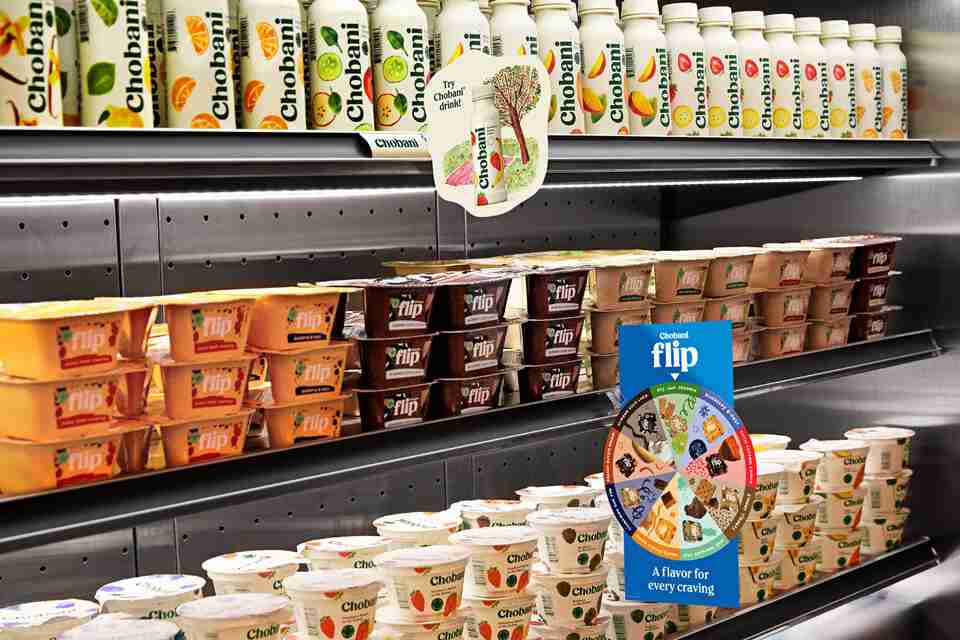 “We’re here to help small companies with big hearts and ideas that challenge the food industry, improve broken systems, and make a difference.” (Admit it: You thought the best thing about Chobani was their unctuous Greek-style yogurts. So did we, and we’re thrilled to be mistaken.) Makers of the No. 1 strained yogurt in the US, Chobani is on a mission to provide better food to more people. As such, they support food and beverage startups with equity-free funding and provide access to their expertise and resources to help them scale, grow, and succeed.

The spring 2020 cohort of startups that share the company’s vision of “Delicious, Nutritious, Natural, and Accessible (DNNA) food” include: Soñar!™ a Latina-owned producer of organic, grain-free tortilla chips whose mission is to inspire thriving, vibrant communities; Pescavore, makers of a new type of protein made with sustainable fish, wild caught and processed in the US; Bread SRSLY, creators of gluten-free, organic, wild-fermented sourdough bread; and Sherpa Foods, a producer and supplier of locally made traditional Nepalese foods.

Selection criteria for the incubator includes producers of foods that are accessible and available to all, and passionate companies that want to feed people while making a positive social impact. Chobani founder Hamdi Ulukaya personally selects participants and serves as a mentor in the four-month intensive program. 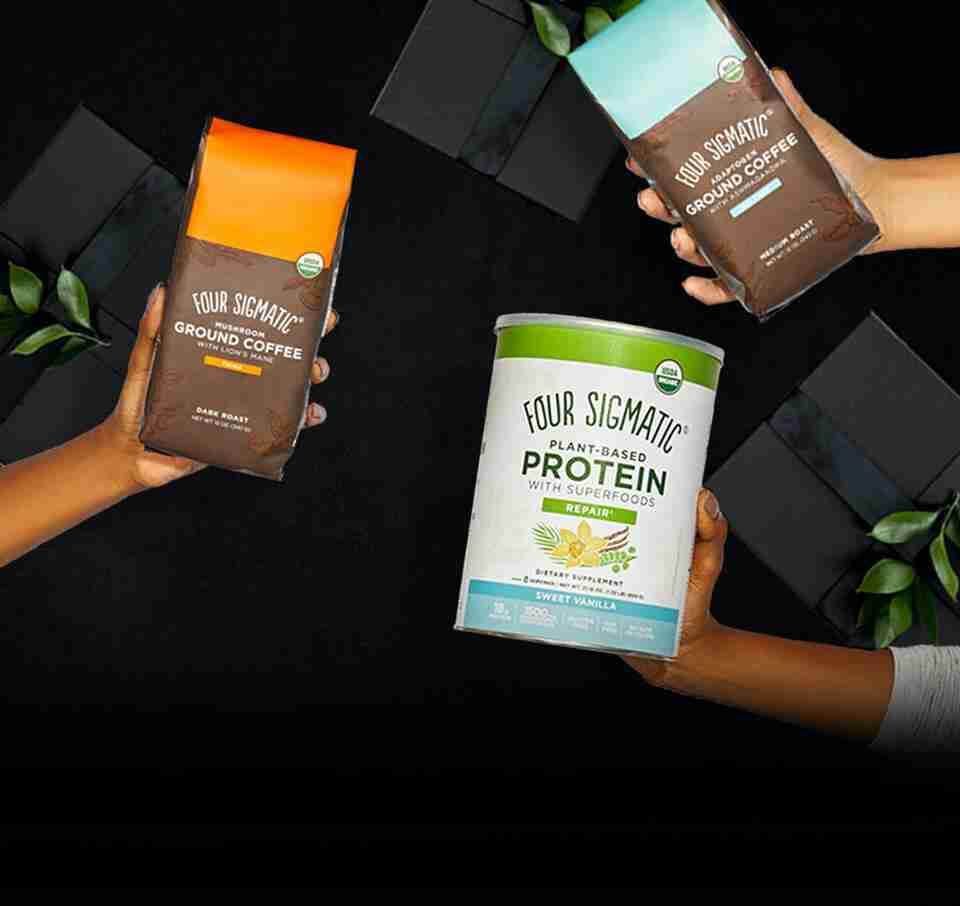 There’s nothing like starting the day with a nice hot cup of mushrooms. Mushroom coffee, to be precise. The mushrooms used to make the company’s signature coffee and cacao beverages are within the statistical “four sigmatic” food classification as the 100 most nutrient dense, most studied foods in existence. Adaptogenics, natural substances that help our bodies handle stress, are a key component of their health-supporting ingredients, as are all-natural superfoods, herbs, and spices made with no synthetics or fillers. And, 20,000 five-star reviewers all agree that the company’s products don’t taste like mushrooms.

The Finnish-American firm points out, “We’re making these foods as easy as possible to eat and use and talk about. Because the world is asking more of you. Of everyone. We’d all feel a lot better doing that work if we got off the hamster wheel of coffee jitters and hangovers and sugar highs.” 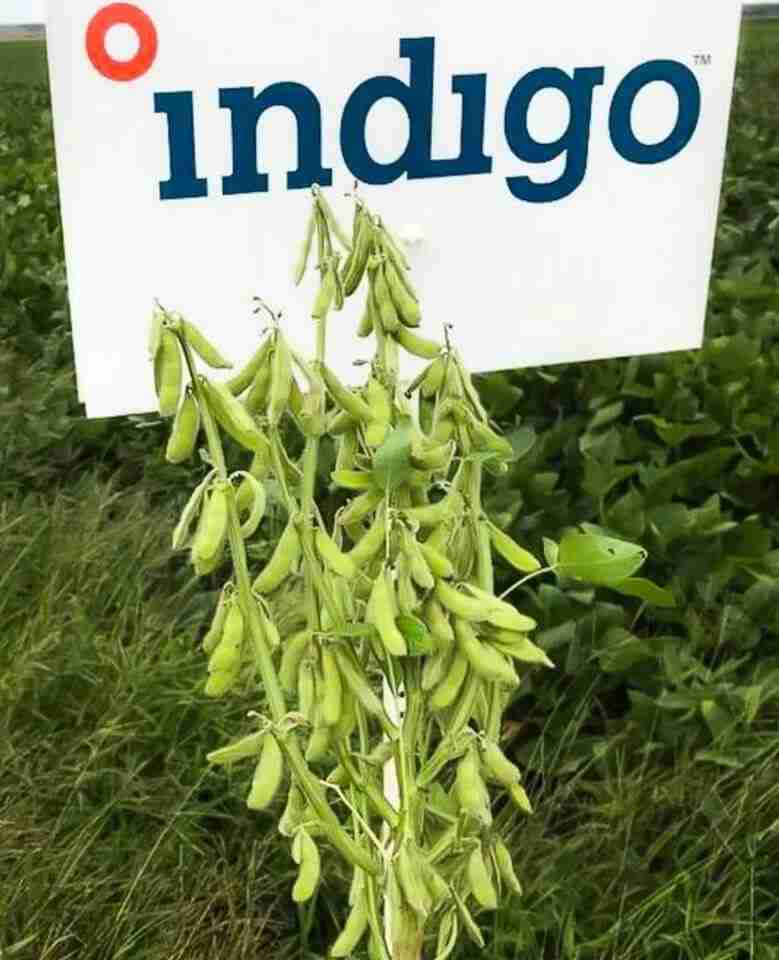 Using plant microbiome and digital technology, Boston-based Indigo Ag aims to improve grower profitability, environmental sustainability, and consumer health while providing healthy shareholder returns. Studies indicate that microbiomes influence human health to a significant degree, from body mass to the potential growth of disease states. Antibiotic use over time has been shown to have negative consequences, such as antibiotic resistance and ridding our bodies of good bacteria in addition to bad.

Indigo’s founders considered that agricultural chemicals could behave the same way on crops, reducing the healthful qualities of plant microbiomes, and devised ways to reintroduce them through seed coatings. Replacing plant microbiomes results in healthier, more abundant crops that hold up under stressors such as soil quality, temperature, and insufficient water while making crops more pest and disease resistant. Tests on crops grown in focused, stressful conditions have shown yield increases of 10% or more; with the company’s focus on increasing yields in corn, soy, cotton, and wheat, that level of increase could create $60 billion in value, a boon for growers and investors alike.

“10 million tons of perfectly usable vegetables never leave the farm gate because they are cosmetically imperfect, off-spec, or simply unharvested. 2 million tons of perfectly useable vegetable scraps go to landfill. 13 million children in the United States are food insecure, and 117 million people in the US suffer from diet-related illnesses. It takes $15 billion to grow, transport and dispose of the surplus that contributes 14 million tons of greenhouse gases.” Matriark Foods takes the vegetables that would go to waste and transforms them into healthful and affordable soup and stew bases for the foodservice industry, including schools, food banks, and hospitals.

A single pound of upcycled veg translates into 2.5 gallons of nutrient-rich broth while diverting a pound of waste from the landfill and close to a 3-pound reduction in greenhouse gases. In October, the company was selected to participate in the Huhtamaki Circular Economy Program by Food System 6, chosen out of 800 applicants from 51 countries. Founder Anna Hammond explained, “It is more important than ever that we work together to create a future food system that will draw down greenhouse gases and make a healthier planet for all people.”

What is full during the day, empty at night, and never stops growing? For Australian design innovator Mirvac, it’s an underground parking lot transformed into an urban farm. The developer’s innovation division, Hatch, partnered with Farmwall, a social enterprise dedicated to transforming cities into food growing ecosystems. The initial six-month collab, known as Cultivate, has been extended for an additional 12 months.

The powerhouse Sydney-based developer has a mandate to transform underutilized urban spaces that are sustainable, beneficial, and life affirming. As the company puts it, “Hatch is Mirvac’s award-winning innovation program. It has been at the heart of Mirvac’s customer-centric approach since 2014. Hatch provides a strategic approach to innovation at Mirvac and ensures it is supported by a robust innovation process, funding, resources, and innovation strategy. With these structures and support in place, Mirvac has created a strong innovation culture and capability.” 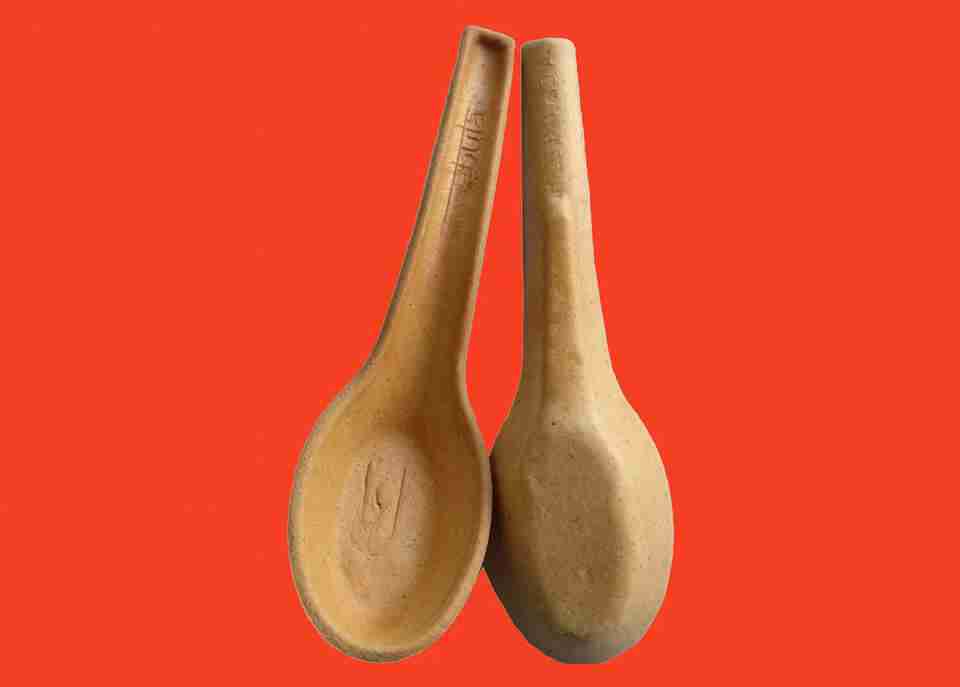 Save the planet! Eat the spoon. Go ahead, it’s made from non-GMO ingredients, it’s vegan, and kind to the environment. incrEDIBLE cutlery is fashioned from oats, wheat, corn, chickpeas, and brown rice. The insanely inventive flavored implements stay firm in hot foods for 25 minutes and hold up to ice cream and cold desserts for 45. Flavored to be either savory or sweet, the spoons come in black pepper, chili, oregano, chocolate, or vanilla.

Environmentalists predict there will be more plastic in the ocean than fish by 2050. Reducing the amount of plastic cutlery we use is a significant step in stopping the planet-suffocating flood of plastic waste in our oceans and landfills. Over 90% of biodegradable and so-called “compostable” tableware items go to conventional landfills, which lack the industrial technology to enable the items to dissolve. The invention of incrEDIBLE cutlery takes landfills and waste out of the equation. Plans for incrEDIBLE sporks and straws are in the works, too.

Amplifying the deep satisfaction of savoring a scrumptious, healthy meal and a fine drink with social conscience makes everything taste better. The knowledge that, when we make these choices, we are helping to sustain our communities and the only planet we will ever have will make for a more peaceful existence, and a better night’s sleep. Now finish your spoon, savor the moment, and dream of all the good things yet to come.