This year’s Super Bowl brings a blitz of breakthroughs at Houston’s NRG Stadium when it comes to energy use, construction, and technology

This year’s Super Bowl brings a blitz of breakthroughs at Houston’s NRG Stadium when it comes to energy use, construction, and technology

Houston’s NRG Stadium is bracing for two star quarterbacks to break Super Bowl records of 414 passing yards, historic levels of data use, and rainfall during the Big Game.

As the New England Patriots face off against the Atlanta Falcons this weekend, the backdrop of Super Bowl 51 is slated to be unlike any Big Game ever before. 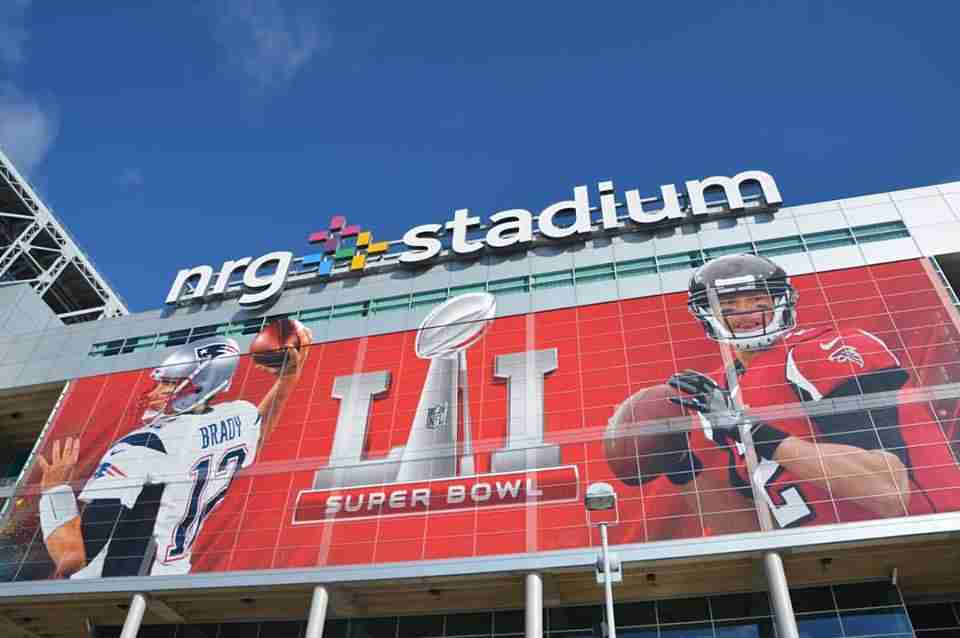 NRG Stadium Upgrades
NRG Stadium was built in 2000—eons before the NFL required all stadiums to enhance fans’ experience by offering Wi-Fi. Connectivity was added as a retrofit for the 1.9 million-square-foot stadium that typically holds 71,795.

Plans to upgrade the stadium for 2017’s Big Day kicked off in autumn of 2015, and the project added many impressive changes in very limited time. 5 Bars spent six months and 30,000 man hours to construct what is considered to be the most technologically advanced Wi-Fi installation in the U.S. NRG Stadium’s Wi-Fi system includes 1,250 access points, 105 switches, 70 miles of cable, 58 miles of copper, and 12 miles of fiber.

“NRG is one of the largest stadiums in terms of its square footage footprint, as well as one of the busiest stadiums in the country. That, coupled with the fact that the Super Bowl was coming up, the engineering, the design, the timelines, the density—all of those were of the utmost importance. It was a serious undertaking to say the least,” shared President of 5 Bars, Monnie McGaffigan.

In preparation for the 2002 NFL season, NRG Stadium was completed in a mere 30 months for $352 million. It has over 7,000 club seats and 196 luxury suites, can be configured into a 125,000-square-foot space for special events, and has been enhanced by stadium owners with upgraded end zone scoreboards: two, 100-ton Mitsubishi video screens, which offer 14,549 square feet of display surface in total.

According to Construction Dive, NRG’s record-setting end zone display and retractable roof faced stiff competition while plans for the screens were finalized. Mercedes-Benz Stadium in Atlanta and the forthcoming Los Angeles Rams stadium plan to boast more structural and high-tech innovations like a first-of-its-kind “aperture roof”. 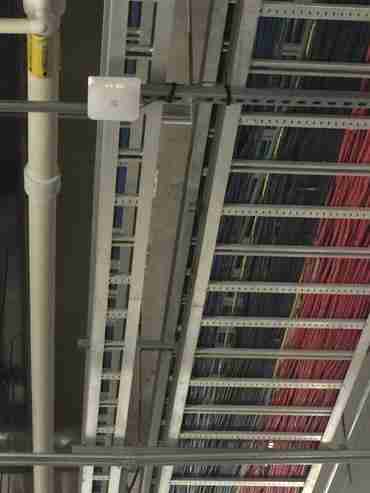 Preparations for Record-Breaking Data Use
With NFL fans live-streaming the game on social media and checking out Super Bowl commercials on the NFL app, the event has the potential to usher in the largest data usage ever during an event.

NRG Stadium could hit record numbers in data usage and simultaneous users to top 2016’s numbers and major U.S. carriers have been working to improve their connectivity for the Big Game.

Verizon and Extreme Networks—the official Wi-Fi and data analytics provider for Super Bowl 51—partnered in an effort to install equipment at the Super Bowl Live area at NRG Stadium’s Discovery Green, airports, and other transportation hubs, such as hotels and tourist destinations in order to provide better service—around a 450 percent increase in capacity— for Super Bowl fans in Houston.


“It’s [data usage] doubled every year for the last five Super Bowls. Will it double this time? I don’t know that it will necessarily double. I’m expecting a 25-30 percent increase, but we might be surprised again as more people create and upload their own video,” explained Michelle McKenna-Doyle, CIO of the NFL.

Clean, Renewable Energy at the Game
Did you know that NRG Stadium was one of the NFL’s first stadiums to utilize LED lights? There are 65,000 in total. The stadium is also home to the 20th largest screen in the world, measuring in at over 277 feet by over 52 feet.

Director of the NFL Environmental Program, Jack Groh clarified, “Reducing the environmental impact of our events is something we have worked toward for more than 20 years. Using clean energy at our largest events, we can minimize the climate impact of our activities. This is something that’s good for business and good for our fans and the communities where we live.”


Leading up to, during, and following Super Bowl 51, for every megawatt-hour of electricity used to power these events, NRG and Reliant will purchase and retire one renewable energy certificate (REC) on the Big Game’s behalf.

“At NRG, we want fans to benefit from sustainable solutions, and together with the NFL, we can demonstrate that even a huge event like the Super Bowl can significantly reduce its energy usage,” added Bruno Sarda, NRG’s Vice President of Sustainability, in a statement.


How many records do you think Super Bowl LI will break this year?