Inland Pipe Rehabilitation and its powerful culture prove that construction companies can reflect the needs of the modern workforce.

Inland Pipe Rehabilitation and its powerful culture prove that construction companies can reflect the needs of the modern workforce. 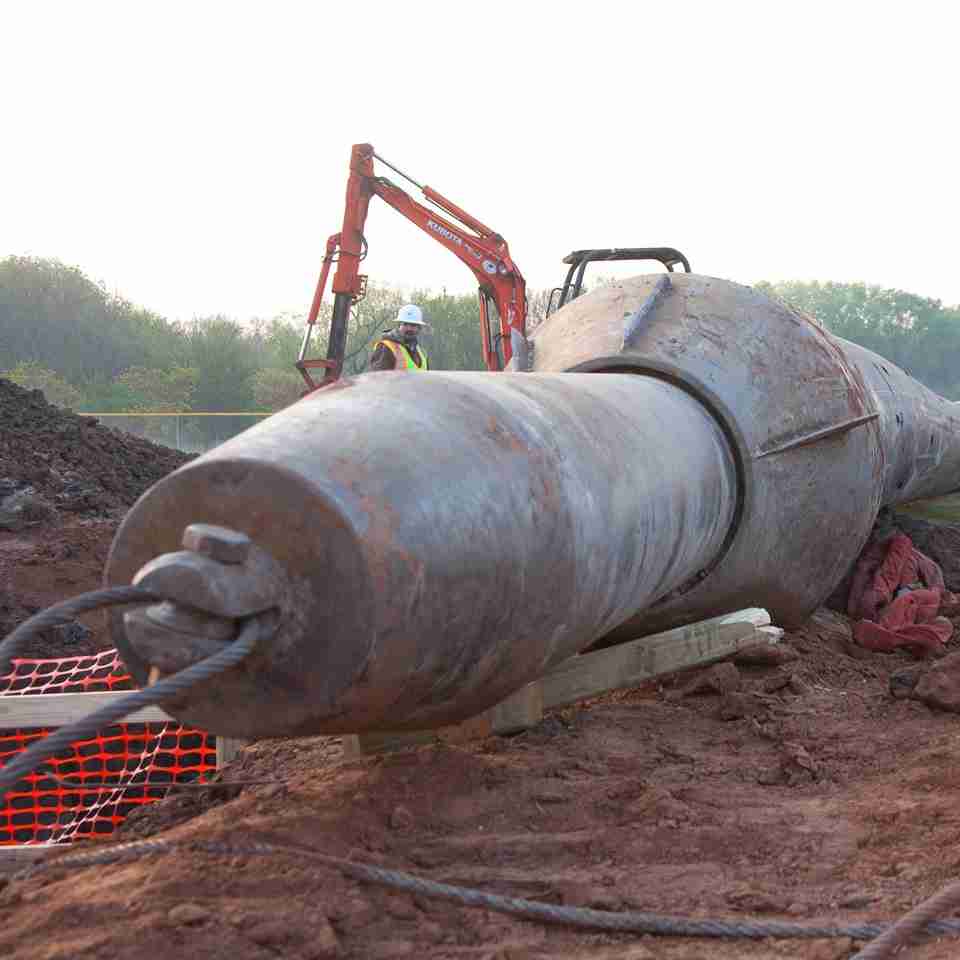 The construction industry is not always on the cutting edge. It often takes years—sometimes decades—to introduce a newer, more efficient process, material, or machine. There are good reasons behind this, namely that a lot of research and testing must be done to prove the viability of the new process or material for safety’s sake.

But moving slow on the technology front doesn’t mean construction companies should do the same internally. The traditional cultures of many construction businesses do not have the same sheen to them that they used to. For many, it’s time for a change.

Robert Steinberg, CEO of Inland Pipe Rehabilitation since July of 2015, knew when he took the lead role that a renewal of the company’s culture would benefit one of the nation’s largest trenchless underground pipe rehabilitation providers.

“For me, it is a given that I will need to change the culture of a company,” he said about taking on the new role. “Many CEOs talk about culture, but very few focus on it in a meaningful way.

Before his time with Inland Pipe Rehabilitation, Steinberg was a Managing Director of Corporate Restructuring Group (now Deloitte CRG), one of the leading turnaround firms in the United States. He began his career as a lawyer, where he served as Special Assistant to President Reagan's Attorney General.

Steinberg acknowledged that he was not well-versed in pipe rehabilitation. However, he believed the infrastructure industry would have tremendous value creation opportunities.

Steinberg started his tenure by telling employees that he didn’t have the answers and needed their help.

“I don’t think it is commonplace for CEOs to start in this way,” he shared. “That approach, however, sent an immediate signal to the employees that a very different company, informed by their views and thinking, was about to become a reality. It signaled that I respected them, respected what they did, and was willing to listen.

“I’m agnostic to the type of company I lead. I use the same management principles regardless of what the company does. Morale is important. You can make a very quick difference in profitability in any company, but particularly a service company, by focusing on people and their beliefs and attitudes.

“Step one is getting the right people in the right places,” Steinberg said.  “It’s so much easier to have employees who haven’t been given the chance, who are unselfish and passionate, and take them to the next level than to hire someone who already ‘knows it’. What I have discovered is the latter type ‘know’ something, but it’s not that useful to your business, and they aren’t inclined to change.”

His leadership and management philosophy—influenced by his study of philosophers/psychologists, military leaders, and sports coaches—focuses on what he calls the four power zones of the company.

Each zone builds upon the others, and is integral to the type of culture Steinberg is committed to creating.

4 Power Zones of a Company

“It is the most important zone of power and influences directly the other zones of power. In general, it is the culture of the company; what behaviors are valued and what behaviors are discouraged. The optimal core beliefs are those that serve the common good—values of sharing, support, and complete honesty with each other. The first zone will be the most powerful zone, particularly when it is propelled by the power of unselfishness.”

Power of Analytics: The power of data guiding other power zones

“Having done turnaround work in distressed companies, I am all too familiar with the common condition of all these companies—they don’t know in real time how the company is doing. So, a strong analytic function is essential to creating a strong company.”

Warrior Power Zone: The power of the plan and executing the plan

“The warrior zone of power is focused on developing a clear plan, implementing it in a timely and effective way through empowerment of the team, and creating accountability for achievement of plan goals. The warrior zone draws power from analytics because the success of the plan must be measured—to what extent it is working or not and how it should be adjusted. Weak companies often have vague plans and unclear goals, and quickly get off plan and distracted.”

“All CEOs will tell you teamwork is important. The enhancement of teamwork, however, is challenging and a key basis for success. When I was in turnaround, I always saw the same thing—fracture at the top, and you could see that fracture throughout the organization.

“Strong companies have high functioning teams based on cultures of support, sharing, and helping each other get to the next level. The extent of integration of functioning and integration of components within a company depends on whether its employees can work as a team. I have found great companies are highly integrated regarding sharing and support among employees and different divisions within those companies.” 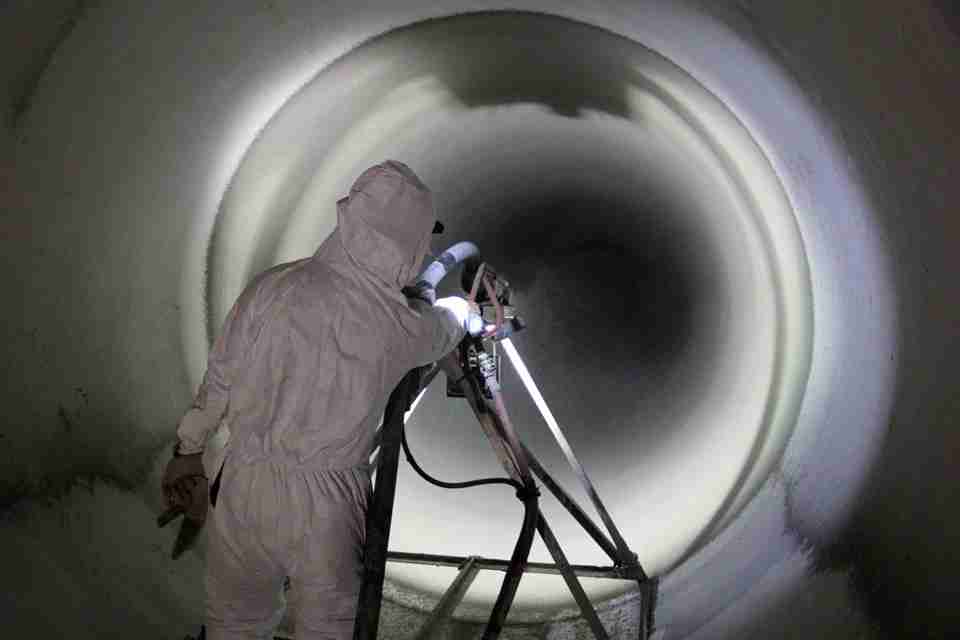 Recently, Steinberg and his leadership team promoted a business unit manager in his early 30s. At another company with a less positive culture, you might have seen the other general managers question his age or lack of experience. Not at Inland Pipe Rehabilitation.

“All five managers congratulated him and asked how they could support him. This proved to me that the message had taken hold, that our managers understand the culture we’re creating.”

This culture of support, where management recognizes that no leader can do it on his or her own, or that no one leader knows everything, is exactly the type of culture Steinberg wanted to build.

“Our management team is determined to continue to build the company. Our highest priority is not more money or power for ourselves, but rather to make each other better—both as human beings and business people.

“Our mission statement is about developing great people and great leaders that customers believe, without any doubt, care about them and each other. We know our attitude and culture is appreciated by our customers, who have acknowledged it in their words and actions. Our strong core is the foundation upon which Inland Pipe Rehabilitation can grow and prosper.”

For the last 30 years, trenchless pipe rehabilitation technologies—which allow for the completion of underground repair or replacement projects with minimal surface and environmental disruption—have steadily gained ground on traditional "dig and replace" methods. IPR was founded, and built, on the core belief that trenchless infrastructure solutions are critical to bringing the nation's aging and damaged water and sewer pipe infrastructure back to standard.

Through a combination of internal growth and acquisition, IPR has become the largest privately-owned trenchless underground pipe rehabilitation contractor in the nation. IPR is also focused on becoming the most environmentally-friendly provider, as it continues to develop and introduce "green" technologies as part of their product and service offering. 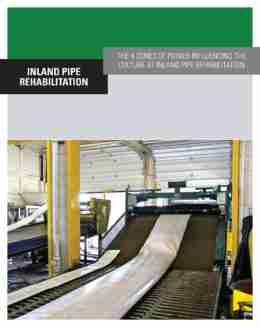 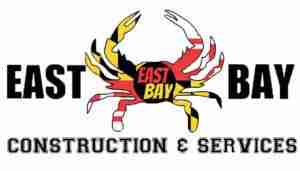 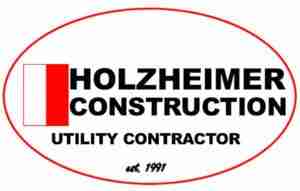