The company’s ergoskeletons and wearables increase safety for industrial athletes.

The company’s ergoskeletons and wearables increase safety for industrial athletes. 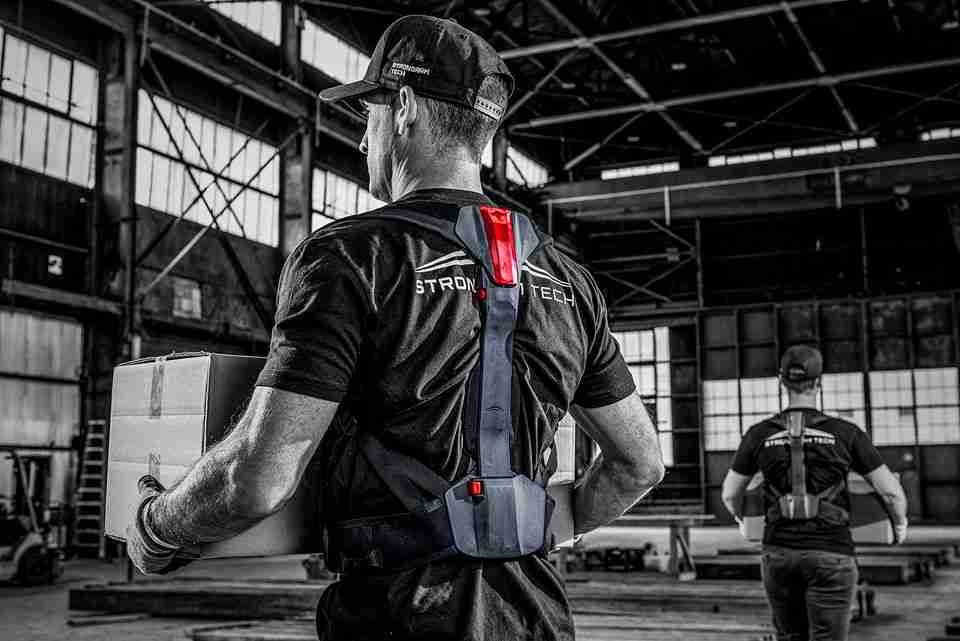 Consider all of the tools and gear a professional athlete has to aid his or her performance. For football players, pads and helmets protect them while cleats make it easier to cut up the field. Shoes for basketball players are forever being innovated to support the ankle. Swimmers in the olympics have sleek suits that help cut back on drag.

What about the blue collar worker? You may believe there’s no connection between an athlete and a heavy laborer, but some would argue the latter has a tougher job. These are men and women who, every day for 30 or 40 years, put their bodies through the ringer lifting heavy objects or jumping out of big construction equipment.

Professional athletes, who certainly work incredibly hard to get to the top of their respective fields, have shorter and far more lucrative careers.

This got one man thinking: what products are out there to support the industrial athlete so he or she can perform their duties safely?

There are shoe insoles to help transfer impact. Velcro back braces assist with lifting. But it can be hard to get even these fairly inexpensive tools on manufacturing floors and construction sites. It’s difficult to collect data to see if efficiency improves or injuries subside. Buying these tools for the hundreds or thousands of workers, too, can get pricey, especially when there’s no hard evidence of improvement.

Sean Petterson has a better way.

He and his company StrongArm Technologies, creators of ergonomic solutions for the everyday worker, coined the term “industrial athlete” out of respect for the rigor of these jobs.

“Professional athletes’ bodies perform as hard as they can for a short amount of time. Their careers aren’t very long, and they have a lot of tools to help them stay healthy and successful,” Petterson said.

“Industrial athletes are using their bodies like a tool sometimes 10, 12 hours a day for upwards of 30 years. The wear and tear is intense, and can seem hopeless. These people are sacrificing their bodies to provide for their families.”

Petterson knows an industrial athlete’s sacrifices firsthand. Construction was the family business, and his father had a fatal heart attack while on the job.

Instead of following in the footsteps of his family before him, Petterson went to college for product development. He had a passion for inventing since he was a child, and thought he could do some good with his degree.

“No one was focusing on human-centered design for workers as you would see for a professional athlete,” he shared. “But from a product development standpoint, this is the pinnacle of design. There are a number of challenges with really tight constraints in this field. If you can design around those, you can change someone’s life.”

Two years ago, the industry wasn’t comfortable with introducing this level of tech. Now, the industry is going into its third year of explosive interest in what StrongArm and its competitors are creating.

There’s still a ways to go: the industry still isn’t 100 percent aware of the benefits of StrongArm’s products. But as companies become more technologically integrated and learn how to operate more effectively, Petterson and his crew will be ready to step in with their solutions.

StrongArm has only been an established company for a few short years, and yet already counts the likes of several Fortune 100 and 500 companies as clients. In 2015, 3M joined with StrongArm to become a minority equity investor. Petterson’s ingenuity and successful entrepreneurial endeavor also landed him on Forbes’ 30 Under 30 list.

At this rate, StrongArm can rapidly expand its products and services to serve the 23 million-strong base of workers that can benefit from technology like its ergoskeletons. 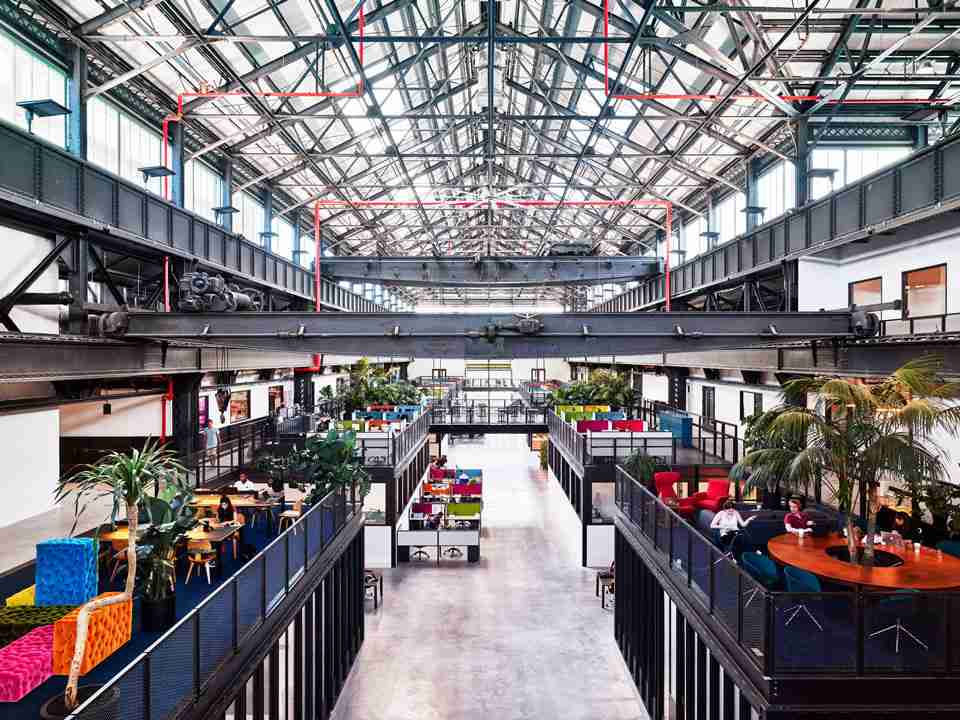 It took 22 iterations of the company’s first ergoskeleton model to get it right. V22 is designed for extremely heavy lifting and carrying, and includes a proprietary load redistribution system that utilizes cords to distribute weight.

“We involved the user physically and emotionally in the creation of this product,” Petterson said. “These guys won’t wear something that won’t work for them. It has to survive in a manhole, a stairwell, in and out of trucks, and hundreds of other applications.

“By involving the industrial athlete in the design, they find value in the product. We are able to take a pretty reluctant individual in the beginning and really give them a new lease on their work.”

V22 gives the user a more advantageous means of lifting that align better with the correct way a spine is supposed to operate in these conditions. It’s designed for slower-paced work in heavy industries like manufacturing where industrial athletes are lifting items that weigh over 50 pounds.

The company’s other model, the FLX, is a spinoff of the V22. Petterson and his team realized some workers who wore the device weren’t interacting with the cords. The FLX capitalizes on this as a full body postural support.

“It gives the reader some sort of stimulus when the body is outside the parameters of good posture,” he said, “There will be a pull on a shoulder, for instance. It acts like a coach in a weight room, adjusting technique while an athlete exercises.”

The longer an industrial athlete wears the FLX, the less noticeable it becomes. Better posture, however, is apparent almost immediately.

These ergoskeleton solutions help industrial athletes get the job done safely. However, it can be difficult to convince management and leaders across the company that investing in one of these for each employee is fiscally sound.

Enter FUSE, StrongArm’s solution to data collection in the industry.

“FUSE is a metric of safety,” said Petterson. “It’s a wearable that collects risk information, digests it through an algorithm, and sends it in an easy-to-understand format to stakeholders.”

To put it simply, every industrial athlete at a company picks up a FUSE at the beginning of the day and puts it on a strap across the chest that resembles a heart monitoring device. As the person moves around throughout the day, the FUSE captures the risk they experience: their posture, their ergonomics as they lift, and other data points.

It also collects information outside of the person’s body, including changes in temperature, air quality, and other surroundings.

Adoption of the FUSE has snowball-like effects. The entire organization can get involved in changing the safety culture, which allows the FUSE to collect more data. Most importantly, the wearable showcases the high-risk areas that need to evolve, allowing management to find the proper funding to update safety procedures.

StrongArm Technologies has been collecting this type of data for about five or six years, Petterson shared. Before wearables and sensors, the work was done by scientists.

“It was a lot of observatory science. The tools to create the data were limiting. And it was often so slow and inaccurate that they couldn’t catch the influx of new work.

“Worker retention is at the top of all of our clients’ minds. Industrial athletes are getting hurt or close to getting hurt, are overworked, and some don’t want to take this, so they quit. It was pertinent for us to understand that the science had to be just as fast or faster than the injuries.”

The company began working on its wearable about two years ago, and it was available to early adopters about a year ago. It’s currently in the early access stage. Petterson and the team are being selective as to who receives the FUSE, as it has not yet launched to the marketplace. 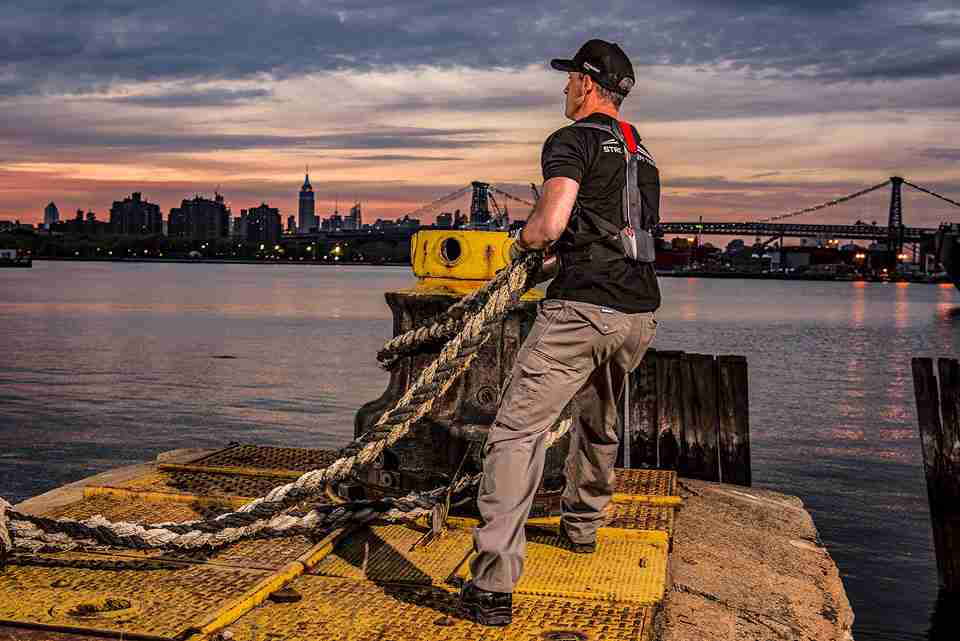 Safety and the retention of staff are the two biggest selling points of the FUSE, but long-term continuous improvement is also an added benefit.

“We created the ability for safety managers to essentially set up their own experiments, turning them into intervention campaign managers,” he said.

For example, a workforce that utilizes the FUSE can make a small change to their processes and see if the risk decreases. A manager can have his team stretch for 15 minutes in the morning before getting started, and 15 minutes after lunch. If risk drops enough for that 30 minutes to be utilized in this way, the strategy can be rolled out to other locations in real time.

StrongArm is currently working with some of the biggest companies in the country, where thousands of employees utilize the FUSE.

“The core of StrongArm is rapidly innovating products and making sure they perform so industrial athletes can work at the top level of safety,” Petterson said.

“We’re knowledgeable about the problems these companies with large industrial athlete populations have. We help them be proactive with the problems. We’re collecting more data of this nature than anyone ever has on the planet.

StrongArm hopes to be the go-to resource for the safety of heavy industry employees. Since innovation is the center of the company’s business model, we know the team isn’t stopping with their three pieces of proprietary tech.

Petterson shared that the next arena is more complex, with more varied risk: one that is more about removing fatalities than just injuries.

“We’re identifying more things we have to look out for. As we travel further up, we have to become more precise and create very high-risk, high-response equipment.”

This will justify higher tech solutions that come with a higher price tag, as well.

“StrongArm wants to own the entire body in terms of what risks our technology can help industrial athletes avoid,” Petterson said. “We’re motivated to create full solutions for every industry.”