IBM Blockchain: Creating the Operating System for Trust Between Businesses

IBM Blockchain Is Creating the Operating System for Trust Between Businesses

IBM Blockchain Is Creating the Operating System for Trust Between Businesses 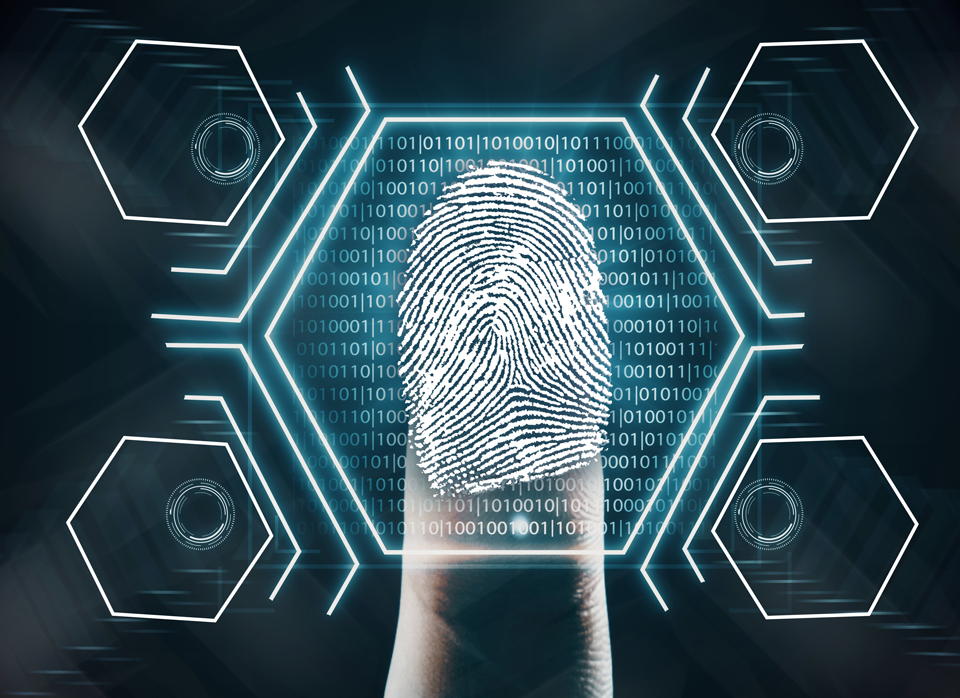 Whether you like it or not, there’s a lot of your personal information whirling around out in the ether. As hard as you may try to limit what information people can reach—we’re looking at you, Ron Swansons of the world—there’s always going to be another hack or event that exposes things you may not want seen, like your medical records.

Think about it: the government holds your SSN and driver’s license information, as well as addresses, tax details, and more; universities keep transcripts of your performance from earlier in life; and your job knows just about as much about you as the government does. And that’s just the tip of the iceberg.

“Hospitals and doctors exchange health information all the time, but it should be the case that every time they do they have to come to me first,” said Ramesh Gopinath, Vice President, Blockchain Solutions and Research at IBM. “Information about all of us is spread out in many different places. Wouldn’t it be nice if you had a sense of identity that cuts across all of the different entities that hold onto bits of you? A decentralized, self-sovereign identity? Blockchain makes this possible.”

That concept—for both individuals and companies alike—is powerful and intriguing to IBM and Gopinath. He joined the company as a research staff member for speech recognition research in 1994 after completing his doctoral and postdoctoral work at Rice University.

He worked his way up through the ranks, managing and directing the company’s Cloud Services research agenda within IBM Research, and then moved back to India to manage the country’s arm of IBM Research. Today, Gopinath is in charge of what he refers to as the “industry transforming IBM blockchain solutions” the company is leveraging out of the Thomas J. Watson Research Center.

“We believe in the importance of identity,” he said simply.

An Operating System for Trust

Gopinath was involved in the origins of IBM Blockchain in 2014, when only a handful of employees researched the concept in the company’s Research Center. Today, IBM has over 400 active blockchain projects.

His explanation of this concept that is not well understood by many is easily one of the best I’ve heard.

“We view blockchain as creating an operating system for trust,” he said. “Think about multi-party business interactions between a buyer, a seller, and someone who is financing the transaction. Each party wants a way to get to the truth, to see the information they need from the issuance of the order until when the product is delivered. But we don’t have that in business today.

“Largely, companies have their own slice or view of a given business transaction. But blockchain is a mechanism for sharing, so that different parties can see where the transaction is, if they are allowed access.”

From there, security and collaboration abound. Blockchain allows for a venue with trusted data and business processes, opening opportunities for any company willing to get in at the ground floor.

IBM knew this, and three years ago began heavy investment into the research and development of relevant blockchain tech, specifically in financial services and supply chain, knowing that those industries would catch onto and benefit from blockchain the quickest. 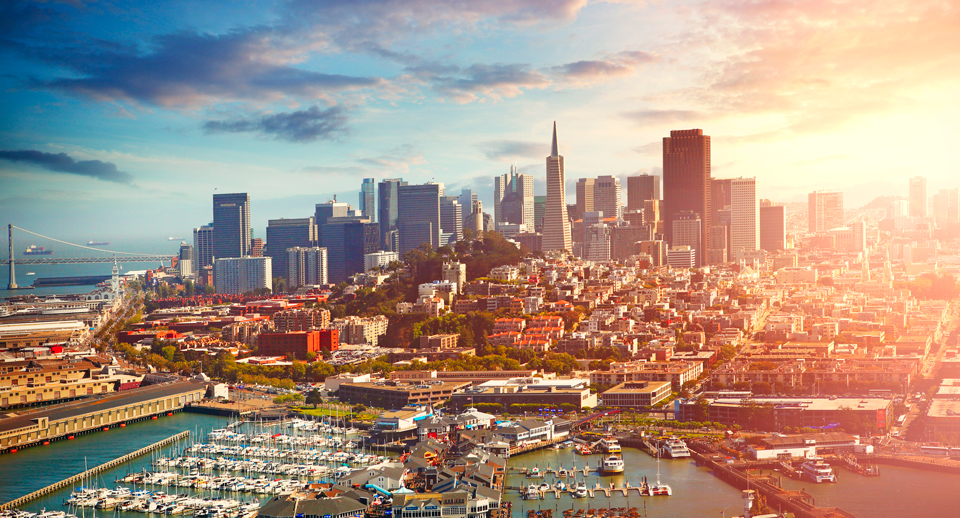 We mentioned earlier that Gopinath is in charge of the “industry-transforming solutions” IBM is creating. But what are these IBM Blockchain solutions?

Consider the recent E. coli breakout in romaine lettuce thought to have stemmed from a farm in Yuma, Arizona. In order to avoid similar situations in the future, huge collaborative efforts between thousands of growers, suppliers, and stores will be necessary. Enter blockchain and IBM Food Trust.

“Sellers want to take the potentially infected products off of all of the shelves in all of their stores. That requires a collaborative, industry-wide, trusted platform like blockchain.”

Industry-wide solutions, like IBM and Walmart’s partnership committed to making food safer, are very complex and take a long time to develop and release. They are transformative, but everyone along the chain–growers, food producers, suppliers, retailers, and more —have to be part of the solution.

“It takes time, but the results can be dramatic for the entire ecosystem,” Gopinath said.

But industry-transforming solutions aren’t the only ones in development at IBM: small ecosystem blockchain solutions play an important part in the ascension of blockchain too.

The first IBM Blockchain solution put into play was IBM Global Financing in 2016. Its main goal was to solve dispute problems, centered around buying and delivering computer parts.

“Buyers of computer parts sometimes need short-term financing,” he said. “Some buyers claimed they didn’t receive goods, and disputed billing. Solving these disputes over hundreds of emails and calls took a lot of time, and for the business tied up about $100 million.”

The company worked with a few thousands buyers and sellers, establishing an ecosystem through blockchain where there was, as Gopinath claimed, “a single version of the truth” where all interactions, payments, invoices, and other data relating to the selling, purchasing, and delivery of goods existed.

This solution didn’t revolutionize an entire industry, but did change the game for IBM and its partners.

“Smaller solutions are easier to deploy and understand, whereas industry transforming projects mean a lot more thinking and research upfront. These solutions are two different sides of the coin, but they are both very important,” he said. 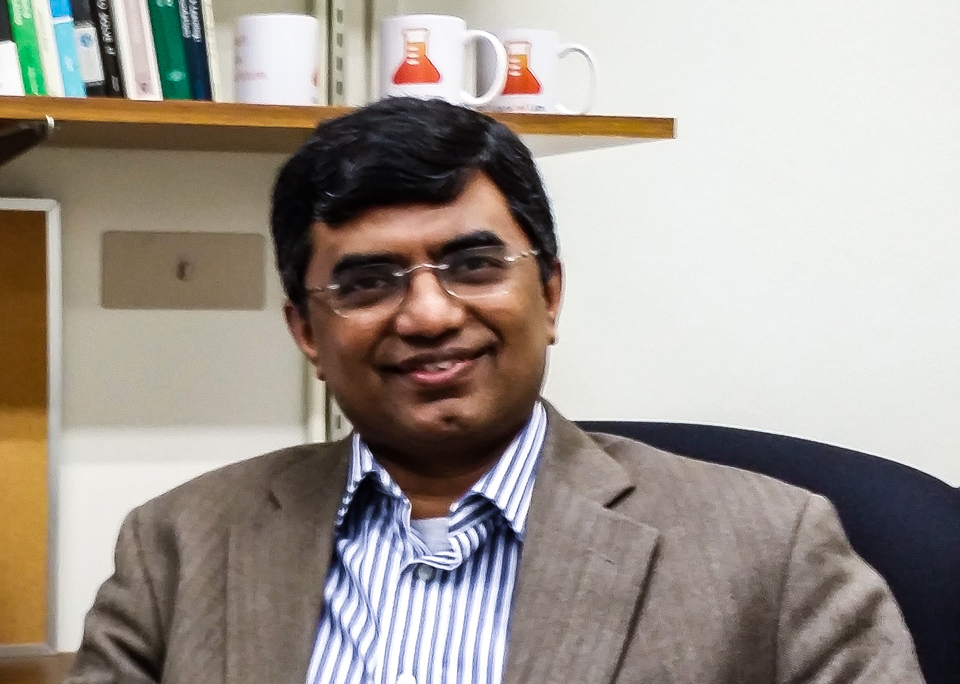 I believe Gopinath when he says that blockchain is going to transform just about every industry, but that doesn’t mean the journey is going to be easy. Financial services and the supply chain are natural adapters to the ledger system, but there are still roadblocks in the way, preventing many other marketplaces from trusting and adapting to it.

“Certain industries need to make sure blockchain is the right technology for the use case at hand, and organizations must ensure that there is shared business value across all participants,” he stated.

Regulation and governance, too, haven’t quite caught up to the technology; in some cases, the technology isn’t fully formed enough to be regulated. Once governments figure out what to do with the technology, there could be thousands of solutions to regulate.

And the question that comes with any data collected these days: who owns it, who’s allowed to use it, and for what? Blockchain creates trust in the system, to be sure, but who should have access to the system, and how much should they be able to see?

The Future of Blockchain?

In many ways blockchain is still very much in its infancy, and there are still a lot of questions to answer. However, it’s also already proving to be a much better solution than anything we have now.

Gopinath’s goal for blockchain technology, however, isn’t just becoming a solution among other solutions, it’s ubiquity.

“I see the destination for blockchain being where it is no longer discussed. No one talks about databases as a solution anymore, databases just are. People like me will talk about it, because it’s our job to. But for everyone else, blockchain should just fade into the foundation of how business works—a foundation of trust.”