In this exclusive interview, Hyperloop Transportation Technologies’ Founder Dirk Ahlborn not only reveals the company’s innovative technology, but also his first-of-its-kind business model that has all but guaranteed success.

In this exclusive interview, Hyperloop Transportation Technologies’ Founder Dirk Ahlborn not only reveals the company’s innovative technology, but also his first-of-its-kind business model that has all but guaranteed success. 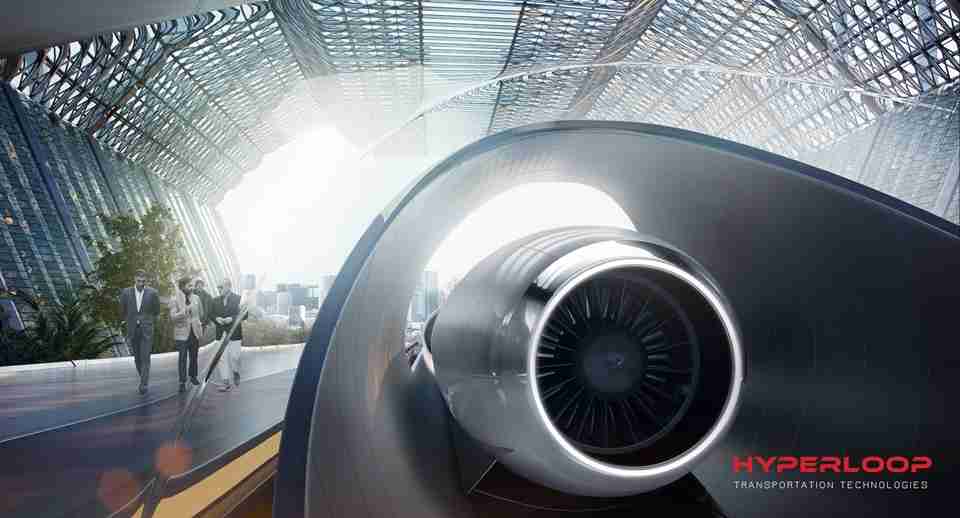 What comes to mind when I say “Hyperloop”?

The future of transportation? Probably. Traveling at 760 miles an hour to go from L.A. to San Francisco in 35 minutes? Maybe. Elon Musk? Most definitely.

Despite what the public may think, and despite what has been widely shared by the media, Hyperloop technology is not the sole invention of Tesla’s leading man.

Sure, It’s true that SpaceX published the modern iteration of the technology—Hyperloop Alpha—on its website in 2012, and an outline of Musk’s Hyperloop concept was made public in August of 2013. His open-sourced findings and hypotheses invite anyone with the drive and money to take the idea forward.

A few companies have formed to pursue this idea, including California startup Hyperloop Transportation Technologies.

But as Dirk Ahlborn, Founder of Hyperloop TT, explained, the idea for this fifth mode of transportation—after planes, trains, cars, and boats—has been around for well over a century.

“In reality, it has been an idea for quite some time,” he shared in an exclusive interview with BOSS Magazine.

You can trace the first attempts back to the 1870s in New York City, where plans and construction were underway to build a pneumatic subway from New York to San Francisco. Assembly of a station, track, and even a car occurred.

In 1904, John Ambrose Fleming filed for a patent for the vacuum technology. There were two projects funded by the U.S. government in the 1960s, and one by Switzerland in the 1990s, but both were unable to get off the ground.

“The companies and technologies were depending on one company or one government for funds for research,” he said. “When budget allocations changed, the projects failed to come to fruition.”

Money, like in many other failed projects, is the mighty hammer that took down the tech. How is Hyperloop TT avoiding this pitfall now? 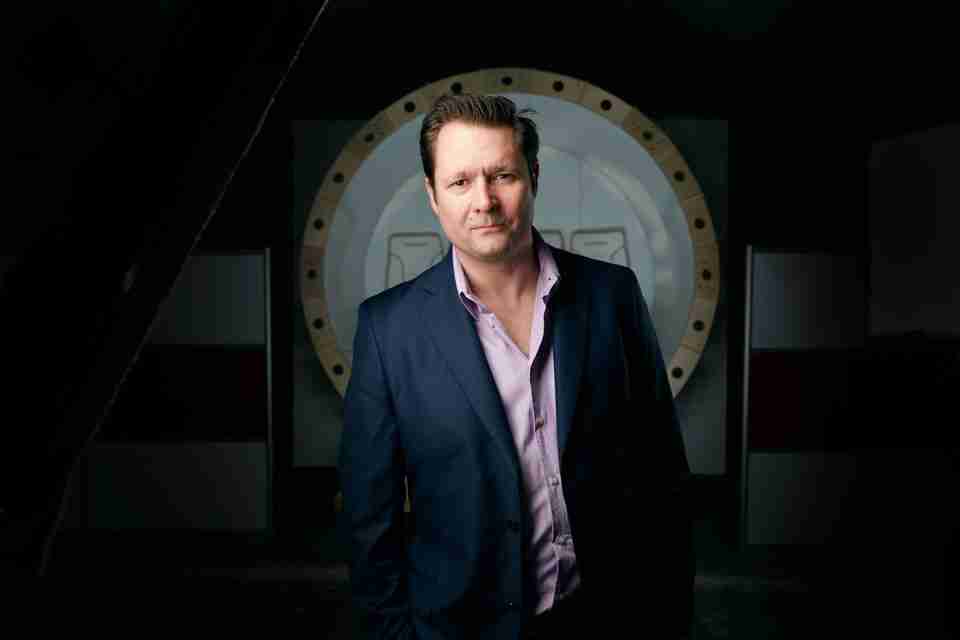 Ahlborn doesn’t have a background in building passive magnetic levitation transportation systems, but he does know a thing or two about founding companies. The entrepreneur was born in Germany and spent much of his youth in Italy. There—and with a background in banking—he built a couple of companies in the alternative energy space.

He came to the U.S. with his family in the 2000s and worked for a nonprofit incubator startup company that was funded by NASA.

“At one point it was very successful, but with the rise of for-profit incubators, this one was struggling,” he said. “It was time to look for a new way of building businesses.”

Ahlborn realized that you could do just about anything online: find your significant other or even get divorced. But building a business was still a very offline process. To combat this, he established JumpStarter Inc. to create “open sourced methodologies to build commercially viable businesses.”

“When someone is passionate about something, they’re not only willing to lend money to a cause, they are willing to invest time,” he said. “I’ve come to learn that brains and ideas are more valuable than cash.”

Serendipitously, the foundation of Jumpstarter, Inc. coincided with SpaceX releasing ideas for the Hyperloop. Musk was already too busy with SpaceX, Tesla, and numerous other ventures to take his plans to fruition in a timely manner.

So in 2013, Ahlborn used JumpStartFund—the company’s web portal and crowd-powered online incubator and collaboration platform—to see if the community he had amassed thought that JumpStarter, Inc. should get involved.

Not only did the community agree, many wanted to be a part of it.

That’s when the lightbulb clicked on.

“I realized I had to do more than build a company with Jumpstarter, Inc. and JumpStartFund. We had to build a movement.” 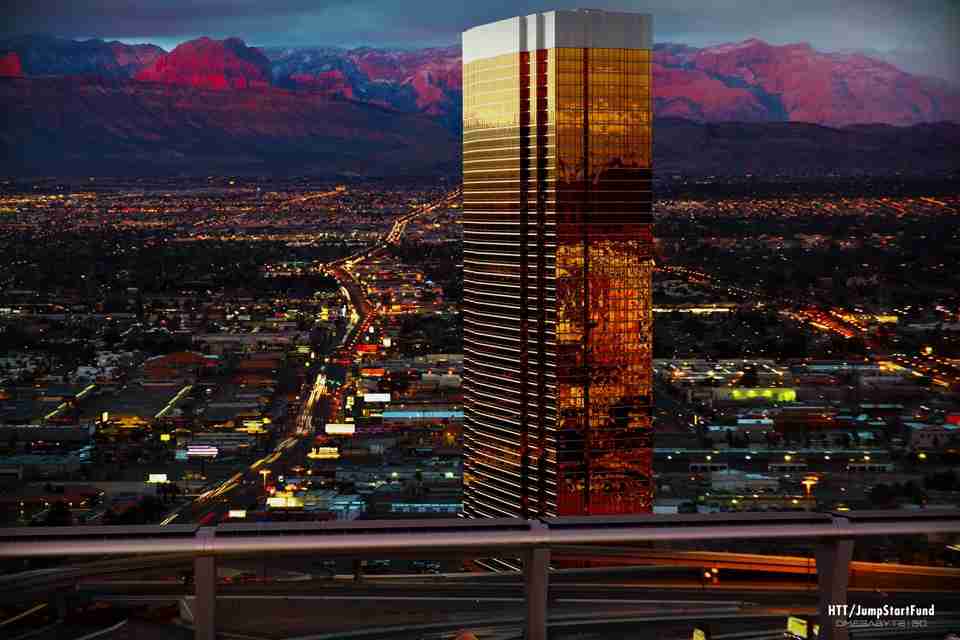 According to Hyperloop TT, it’s the largest and most successful crowd-sourced startup in history, although Ahlborn hesitates to use the term crowdsourcing. He claims that community is how everything used to be completed: buildings built, crops harvested. Why shouldn’t we go back to that way of life in a modern form?

For just a 10-hour a week time commitment, employees of Hyperloop TT are able to pursue their full-time jobs while contributing to the research, design, and construction to the venture on nights and weekends.

The work is happening all over the world. Hyperloop TT is currently in negotiations for 20 projects, including in the U.S., Chile, Botswana, Egypt, the U.A.E., Indonesia, India, Malaysia, China, Russia, and Australia.

Slovakia and the Czech Republic recently agreed to feasibility studies to connect Bratislava and Brno via Hyperloop.

Toulouse, France, is now home to the company’s main development and testing facility.

The royal family of U.A.E. supports the technology in the Emirati capital, and Sheikh Khalifa bin Zayed Al Nahyan himself is an official sponsor.

With employees and sponsors from all over the world, this global company isn’t just working on innovative tech. It’s changing how a business can operate.

Ahlborn decided to crowdsource the labor to part-time workers and offer stock options in lieu of salary.

“Most people are driven by passion rather than money, that’s why this business model works,” Ahlborn said. “Harvard is even doing a case study on us. ”

Of course, a company of this size couldn’t operate without some sort of cash. In December of 2016, the company released that it had raised a little over $108 million to build the tech they’ve promised. However, this investment doesn’t quite break down the way you’d expect, as the breakdown below explains.

Edgewater Investments Europe is one of the monetary investors into the company.

“The company has tremendous momentum, is building a strong value for investors while being smart in utilizing cash normally necessary in these kinds of projects.”

This is a new market, and Hyperloop Transportation Technologies is the mother of the movement.

“We were the first company to form. Our vision is bigger,” Ahlborn said. “Our goal is to build a transportation system like its 2017. We’re not just constructing a capsule in a tube, we’re fixing the nature of transportation.” 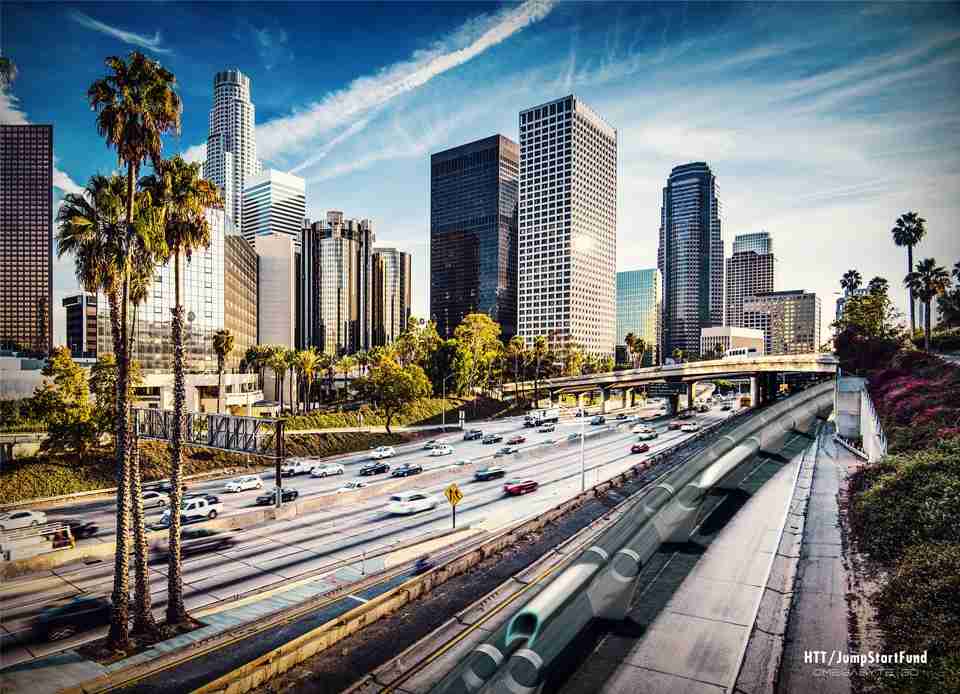 How? You either came to this feature with an understanding of what exactly Hyperloop is, or you’re reading this to try and catch up. Either way, prepare to impress your friends and colleagues.

The technology that Hyperloop TT uses is very different from the tech SpaceX suggested.

Musk’s design features a low-pressure tube where the system’s trains float an inch above the track on compressed air and are propelled by a magnetic field created by electricity-fed magnets on the tube’s internal surface.

Passive magnetic levitation (PML)—a system invented by Dr. Richard F. Post, who worked for the Lawrence Livermore National Labs until his death in 2015—relies on magnets placed under the passenger train. This is the model that Hyperloop TT employs.

The Halbach array (an arrangement that focuses the magnetic field of a set of magnets on one side of the array while canceling out the field on the other side) levitates the capsule as it passes over non-powered electromagnetic coils on the rail beneath the train at even low speeds created by an electric motor. 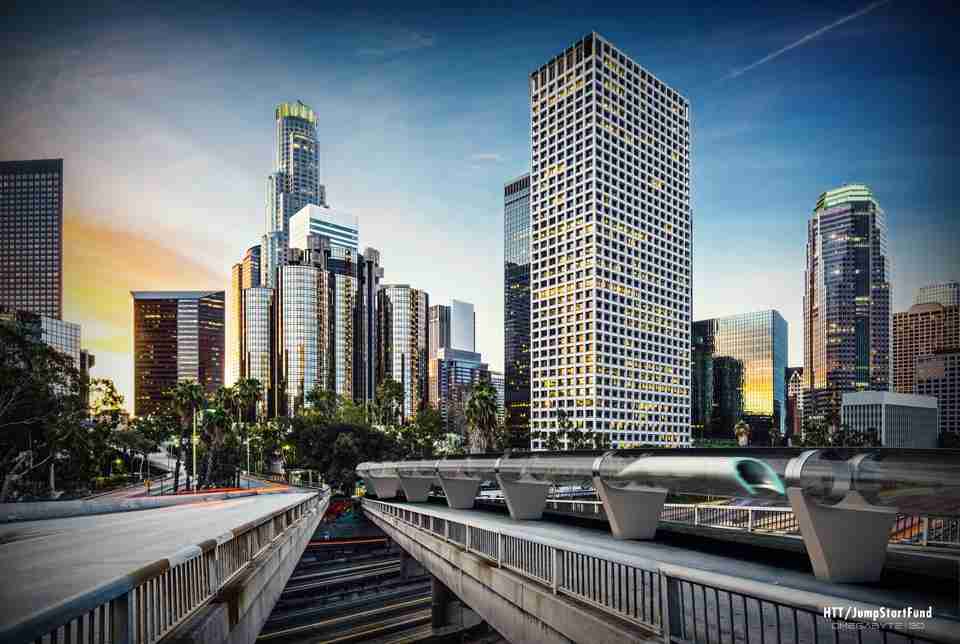 PML is a cheaper and safer alternative to magnetic levitation. High-speed trains in China and Europe currently use maglev, which is expensive to maintain and creates a lot of heat.

“Utilizing a passive levitation system will eliminate the need for power stations along the Hyperloop track, which makes this system the most suitable for the application and will keep construction costs low,” Bibop Gresta, Chairman of Hyperloop TT, said in a statement.

“From a safety aspect, the system has huge advantages, levitation occurs purely through movement, therefore if any type of power failure occurs, Hyperloop pods would continue to levitate and only after reaching minimal speeds touch the ground.”

How else is Hyperloop TT fixing the nature of transportation? The company will employ a combination of solar, wind, kinetic, and geothermal energies, depending on the climate. The combination has shown to allow the production of 20 percent more energy than operation of the Hyperloop will consume.

Hyperloop TT mentioned that it is looking to sell back the energy to offset operational costs, or make rides cheaper or free.

It doesn’t end there. Hyperloop TT is considering cement that can absorb carbon dioxide and produce oxygen, vertical gardens around pylons, and even a system that absorbs dew from the air and releases water to farmers as integrations to its design. 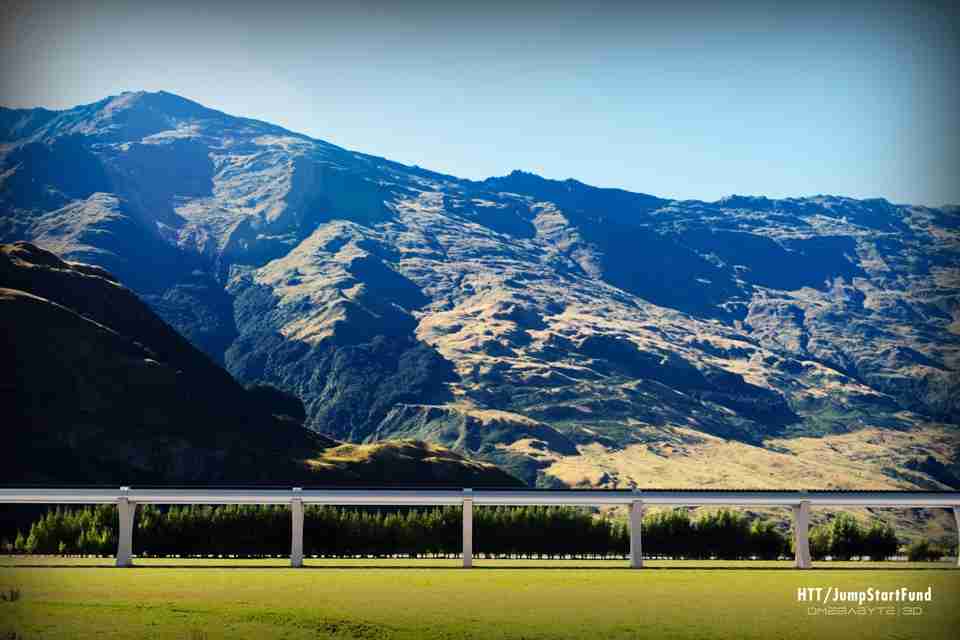 Yes, the technology is amazing, and when commercialized will change how we navigate this increasingly shrinking planet. But the part of all of this that really stands out to Ahlborn is the business model.

“This is the first time something like this has been done. And it was started on the internet by a couple of people who are passionate about the industry. The Harvard case study will show the future of this,” he said.

“Think about what can be done with this model. Today kids want to be entrepreneurs, but they want to create the next best-selling app. They aren’t necessarily thinking about solving the next big problem.

“Billionaires think this way because they have the capital to, but it’s hard for everyone else. This proves you can solve the world’s biggest problems with the help of passionate people.”