Rinat Akhmetov is a charitable powerhouse within the world of football

Rinat Akhmetov is a charitable powerhouse within the world of football

In 2012, Shakhtar Donetsk found itself with the eyes of the world on it as Ukraine co-hosted that year’s European Championship football tournament. Indeed, some of Europe’s best football matches have been played at the Donbas Arena, which is home to the Ukraine football team owned by Ukrainian businessman and renowned philanthropist Rinat Akhmetov. 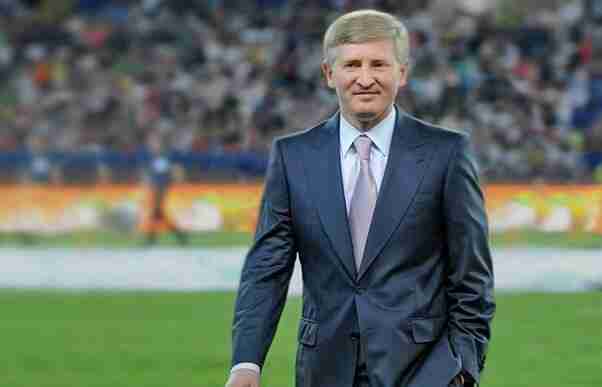 While 2012 was meant to bring in a new era for Ukrainian football and the wider nation as it prepared to join the European Union, a devastating civil war broke out two years later in 2014 when Eastern Ukraine fell to pro-Russian forces.

Now, seven years on, the Donbas Arena—a playing field that once hosted a Portugal v Spain football semi-final—looks very different from when it was filled with a cheering crowd of hardcore football fans. Today, it finds itself at the center of a largescale charitable organization.

Where people once upon a time would have lined up to watch some of Europe’s best football games, queues now wait for food, medicine, and clothing. This is because the stadium is now home to ‘Let’s Help the Kids’, a charity operated by Rinat Akhmetov and whose team Shakhtar Donetsk is part of a large investment holding known as System Capital Management (SCM).

Who is Rinat Akhmetov?

Akhmetov was born into a working-class family in Donetsk. When communism finally fell in Ukraine, Rinat began building substantial wealth for himself. According to words from the man himself, his wealth was obtained by “making risky business investments” in the first few years following the collapse of the Soviet Union. In 2010, he commented that “I have earned my first million by trading coal and coke, and spent the money on assets that no one wanted to buy. It was a risk, but it was worth it”.

Some of Rinat Akhmetov’s proudest achievements, however, are his charitable ones under his namesake charitable cause.

The charity was founded to affect real change in Ukraine by solving the great social injustices that at the time plagued the nation, and Akhmetov planned to do this by prioritizing a social development strategy designed to drill down to the roots of Ukraine’s social problems in areas that included healthcare, education, and culture.

The Foundation’s Mission: “Work for people by eliminating pressing social problems by adopting the best experience gained in Ukraine and abroad; by creating unique system decisions; by achieving the best results with each of our projects and activities.”

The Foundation’s Principles: “The highest standards of transparency of projects and activities of the Fund at all stages: from the decision-making to summing-up.”

With each passing year since its 2005 formation, the Rinat Akhmetov Foundation keeps going from strength to strength as it makes more and more headlines for its life-changing work. Akhmetov himself has also made headlines for several large charitable donations, including:

● $900,000 to families of victims of a gas explosion that tore through an apartment complex in Dnipropetrovsk.

● $1 million to support the “Shelter Project” for the construction of a new safe confinement to cover Chernobyl’s reactor No. 4.

● $1 million to the victims of the 2011 earthquake in Japan. “This is a terrible tragedy, and its scope is really international,” said Akhmetov.

● UAH 300 million to help the fight against coronavirus and the ongoing COVID-19 pandemic.

While these personal donations of Akhmetov are huge, they are nothing in comparison to the work of his Foundation.

To truly understand the intimate connection between Rinat Akhmetov and his football club, Shakhtar Donetsk, we need to travel back to 1995 when the club’s then-owner, Akhat Bragin, was assassinated during a football match. At the time, Akhmetov was Bragin’s number two and took immediate control over Bragin’s business activities in the Donbas region and, in 1997, the formal ownership of the football club. A 99.998 percent ownership was transferred to SCM in April 2006, which is controlled by Akhmetov and other key shareholders. Akhmetov currently retains 0.002 percent ownership.

Following his and SCM’s takeover of the club, Akhmetov completely turned it around and made it one of Ukraine’s biggest sporting successes in recent history. Going on to win nine Ukrainian championships, 12 Ukrainian cups, and the UEFA Cup (which is today the Europa League) in 2009, Shakhtar Donetsk became a global success and increased its revenue from US$30 million in 2009 to more than US$60 million in 2010 thanks to the new commercial deals that followed its UEFA Cup success.

This success didn’t come easily or cheaply, though. Akhmetov had to invest over US$1 billion into the club between 1995 and 2011 to get it to its current position. This included the cost of building the Donbas Arena and around US$90 million a year on top-tier players, all while operating at a loss and relying on Akhmetov’s personal funds to succeed.

The success of Akhmetov’s football club continued throughout the 2010s to the present day. A big reason for this is the opening of the club’s youth facility in 1999. This enabled over 3,000 children to train in one of Europe’s most modern and cutting-edge training facilities. The club also realigned its philosophy and recruited a successful international coach, Mircea Lucescu, who coached the club between 2004 and 2016 with enormous success.

Other experts from abroad were also drafted in, including Joe Palmer, an English marketing specialist who had previously worked for Manchester United. Palmer introduced club TV, the first club in the post-Soviet space to do so, and created an intense marketing campaign that made Shakhtar Donetsk one of the most recognizable football clubs in Europe.

By recognizing his own weaknesses and bringing in external specialists who truly understood the football business better than he did, Akhmetov successfully turned the humble Shakhtar team into a successful brand and football product.

Not only is Akhmetov’s club and stadium a footballing legend, it’s also a charitable powerhouse.

As a key location in the bitter conflict between Russia and Ukraine, Donetsk has been ravaged by the ongoing Russo-Ukrainian war. The United Nations estimates that over 13,000 people have been killed and 1.3 million have fled their homes since it began in 2014, and those who chose to remain have suffered from years of isolation.

While the Shakhtar Donetsk football team fled the city, forced to leave when separatists took control of the city, Akhmetov’s Donetsk football stadium became the center of a huge charitable effort known as ‘Let’s Help’ which saw stockpiles of food and medical supplies take over the stadium’s grounds.

Since 2005, the Foundation has been implementing national projects aimed at helping people and fighting social challenges. Using its achievements and global charity best practices, the foundation has created and continues to create new opportunities for the entire Ukrainian society to become better and live better for the future.

This year, it will celebrate 15 years of changing lives.