Where the Road Meets the Sky: Houston’s Drive 288 Project

A daring public private partnership infrastructure project, Drive 288, is on track to revitalize one of Houston’s most well-traveled highways

A daring public private partnership infrastructure project, Drive 288, is on track to revitalize one of Houston’s most well-traveled highways 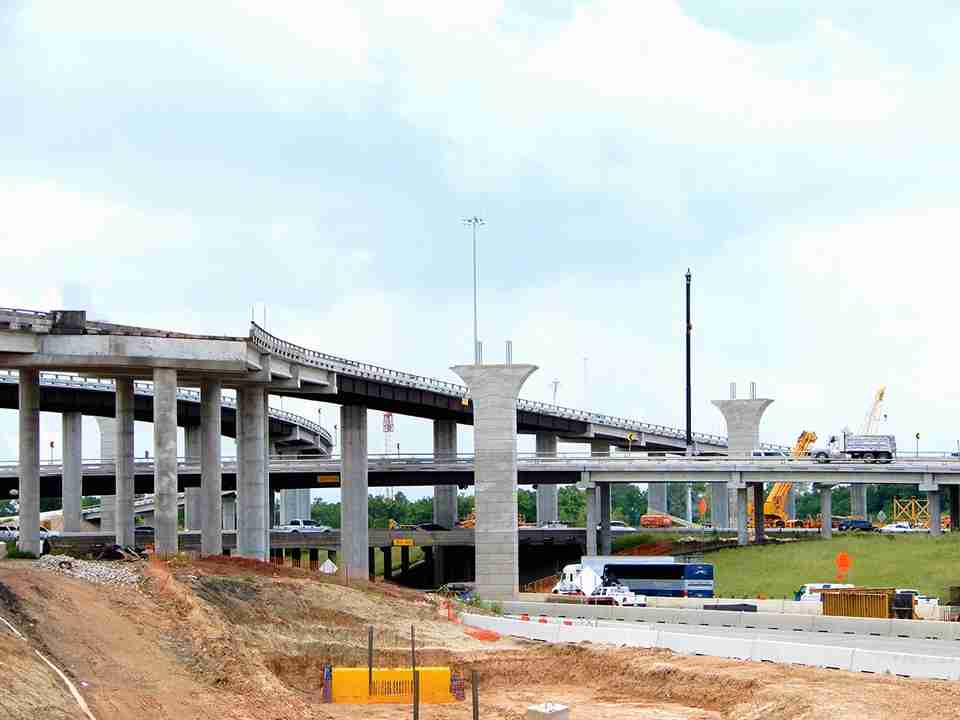 Legendary racecar driver A.J. Foyt once declared, “I feel safer on the racetrack than on Houston highways.” When the Houston native gets the chance to test the newly upgraded Texas State Highway 288, we’re sure he’ll change his mind.

Drive 288 is the first public private partnership (P3) road infrastructure project in Texas’ most populous city. The undertaking is designed to improve a vital 10.3-mile stretch of roadway in Houston, which, in addition to being a major route for commuter, freight, and commercial traffic, serves as a hurricane evacuation route.

Set for completion in 2019, the project will improve the functionality of interchanges and add a series of new direct connectors to relieve traffic coming to and going from Texas Medical Center and downtown Houston.

The total project cost is approximately $1.06 billion and is financed by bond proceeds—$299 million that were issued on May 2016, a $357 million loan from the Federal Highway Administration’s Transportation Infrastructure Finance and Innovation Act (TIFIA) granted to the main developer of the project, Blueridge Transportation Group (BTG), and $375 million equity investments that will be made by the developer.

The addition of four toll lanes and collection systems are expected to generate revenue that will help pay down the loans and liabilities of the project. 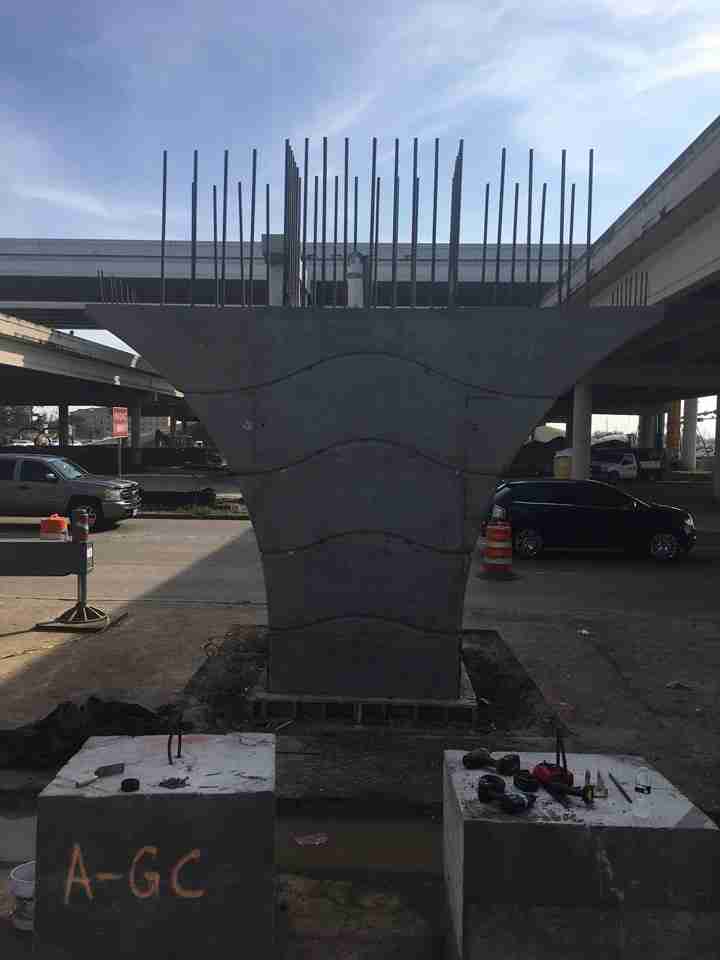 With final costs projected to reach just above $1 billion, the P3 approach was essential in making the massive critical infrastructure project a reality. As a result, TxDOT selected an impressive group of private investors and design-build firms to collaborate on the effort.

While some local drivers may have reservations about converting the 10-mile span from a freeway to a toll road, BTG CEO Enrique Martin underscores the hidden cost-saving benefits of the P3 to the citizenry.

“This is a good thing for the public because they don’t spend the funds to finance the project,” he stated. “Because they asked the private sector to fund this project, Texas authorities can use the funds [normally slated for infrastructure] for other purposes, such as social and economic projects.”

In addition to lessening the burden on taxpayers, P3s provide ready access to funds that make complex projects like Drive 288 achievable on a fairly brisk timeline. The wait for government funding approval alone can eat into projected budgets and defer critical improvements that improve communities, enhance safety, and change lives for the better.

Overcoming Obstacles in the Road 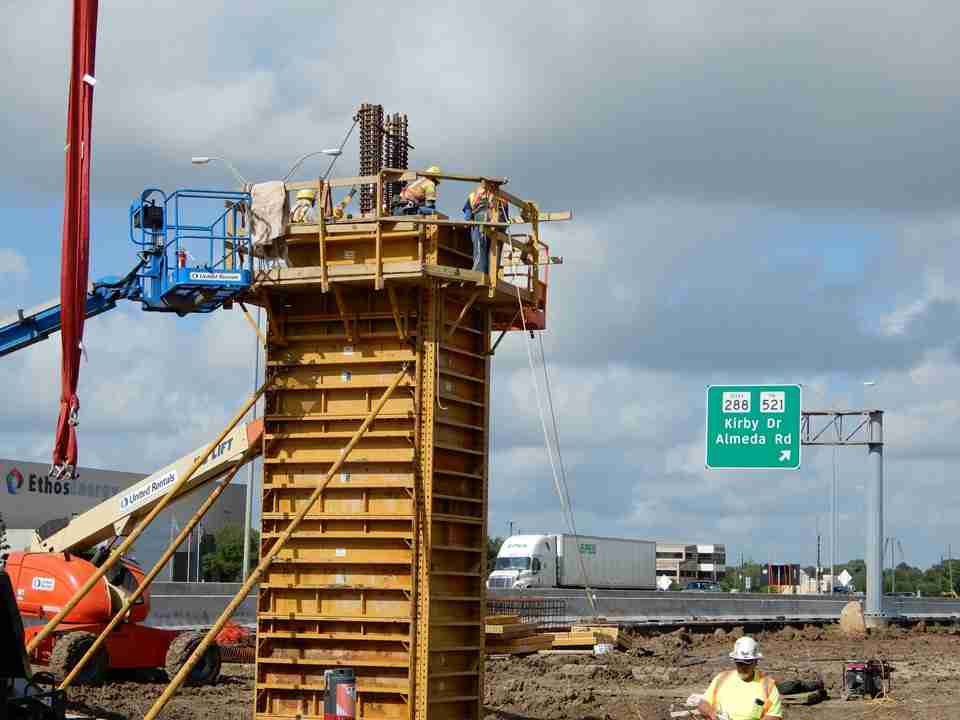 The brownfield project has the potential to disrupt thousands of lives along the way, and that’s exactly what BTG works to prevent.

“With brownfield projects, the biggest challenges arise around disturbing the customers, communities, and traffic. We can mitigate these disturbances but not eliminate them,” Martin warned. “We overcome these challenges with good internal coordination between BTG, AGC, and TxDOT, as well as effective communication to the public.”

“There were many rumors and myths and misconceptions about what this toll road was going to be […] dispelling those myths became very important to the public. We worked with communities/civic organizations and elected officials to put the word out about what is actually happening. Communication with the public is one of the most important tasks outside of construction that we have, especially when it comes to roadway or ramp closures as we proceed.”

With a full arsenal of social and mainstream media outlets at her disposal, Edwards gets the word out to the community well in advance of planned disruptions.

“On the public relations and public information side, we wanted to make sure we use the technology that the public uses,” she added.

The discovery of a contamination plume in the construction zone has added another layer of complexity to the project. Trichloroethylene (TCE), a highly toxic industrial solvent used for cleaning industrial equipment, was found in Houston’s groundwater.  TCE, discontinued in 2010, was found in a zone containing potable water.

“In the past, you’d send a well down there, pump the contaminated water out, and send it somewhere else,” he explained. “In-situ remediation uses the environment that’s in place to reduce the contamination level.”

The proposed remediation plan uses anaerobic microbes to digest the contaminants in a manner similar to septic system technology.

“We’ll inject these little critters down there and they’ll start eating that stuff and convert the TCE to hydrogen. Because the microbes can’t live in oxygen, they will actually eat that hydrogen until it’s gone. Once the environment they live in is gone, the microbes die. That’s the beauty of this 21st century technology,” Akins said.

BTG partners in Europe and Israel have used the technology with great success, and Akins is hopeful that it will catch on in the states, especially due to its cost-effectiveness.

“There’s always expense incurred, but the expense of bioremediation is far less than other methods, which is why TxDOT is looking at it,” he noted.

Making Commitments for the Long Haul 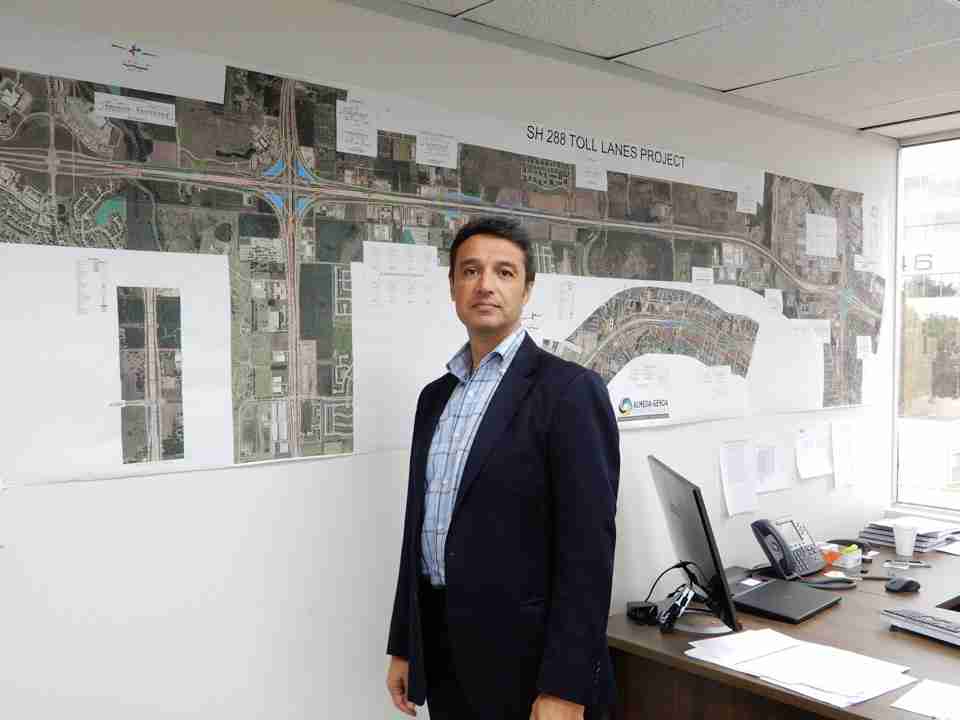 The stakes in this P3 are exceedingly high for the participants, who, rather than taking an in-and-out approach to design and construction, will be tasked with operating and maintaining the roadway upon its completion.

“Because we are operating the project in the long term, we want to be sure we produce a good product without high maintenance. To have good quality with few future problems is very important,” Martin affirmed.

“When a private entity decides to go into partnership with a public entity, they have to consider that they become a part of the community. How the community goes is how the project goes,” he said. “It’s been enjoyable to watch how BTG is instilling themselves in the community because they are now part of it, and will be for quite some time to come.”

At the moment, creating and maintaining safe working environments as the project progresses is a top concern.

Said Edwards, “With all of the construction work being done today, we have over 30 work zones with 600 plus people working at any given time, safety is our highest priority.  As we work to complete the project on time, it is all about ensuring the safety of our employees, subcontractors, and the traveling public.”

No doubt A.J. Foyt would go along with that.

Blueridge Transportation Group (BTG) has been commissioned with the design-build, financing, operating and maintenance of a portion of State Highway 288 (“SH 288”) located in Harris County, Texas, including:

These improvements encompass a 10.3-mile stretch from US 59 to the Harris County line at Clear Creek. Between the addition of toll lanes and the improved functionality of these interchanges, travelling on SH 288 will be more direct and easier than ever before. 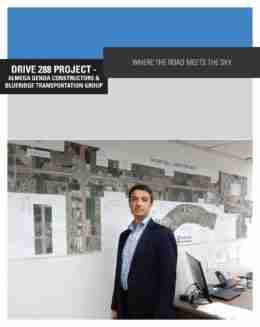