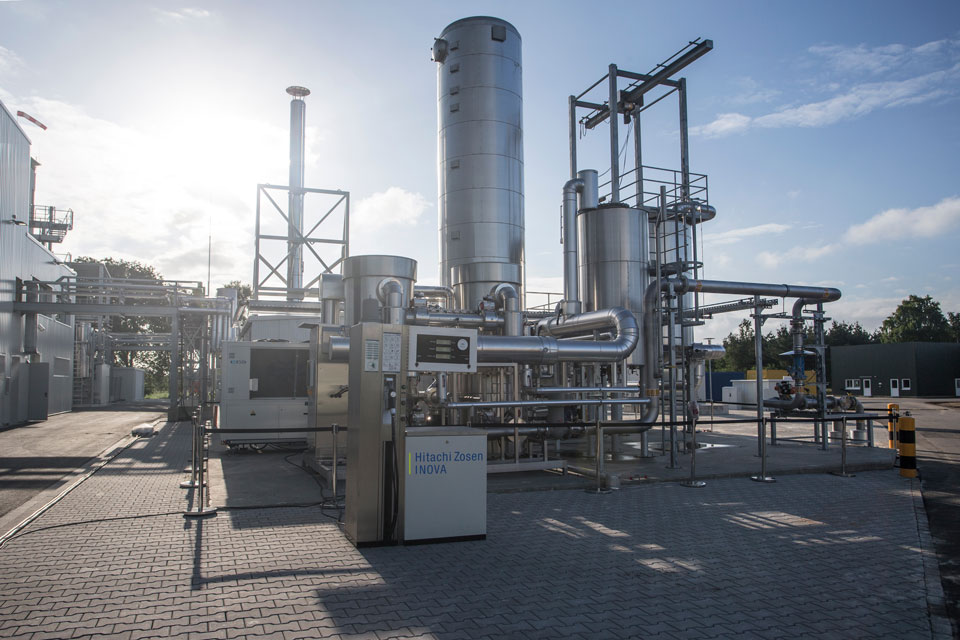 By now many of you know that sectors like transportation, energy creation from fossil fuels, and agriculture are the biggest emitters of greenhouse gases and causes of climate change. But one sector that hasn’t gotten the attention it should have in this conversation—at least in the United States—is landfills.

Decomposing organic waste from our landfills produces methane, which is one of the main sources of greenhouse gas emissions. Around the world, landfill sites make up eight percent of the world’s emissions. As of 2015 in the U.S., it accounted for over 15 percent.

These aren’t just buzzwords: they are established trends. And they aren’t just statistics: they are numbers that, if the emissions from landfill sites are not reduced, or worse, continue to climb, could have a global impact. For Swiss clean tech firm Hitachi Zosen Inova (HZI), the understanding that better business practices are needed has led to remarkable advances in EfW technologies.

With a clear vision to ensure the company can contribute to a world worth living in for future generations, HZI is a key player in the waste management sector, which could see some of the most important technological advances in the renewable energy sector of the future.

“Amid rising population numbers and the resultant volumes of waste, this number is also set to increase,” the company shared. “Experts [from World Bank] expect waste volumes to reach 2.2 billion tonnes by 2025, producing 1,200 million tonnes of CO2-equivalent greenhouse gases. Sustainable waste management thus has a direct bearing on the global climate.”

The U.S. has been slow to adopt this revolutionary technology.

Energy from waste expansion followed in the 60s, when Von Roll opened offices in Germany, Japan, France, and Sweden. The U.S. gained a Von Roll Inova Group location in 1975.

After its acquisition by AE&E, an Austrian industrial group, by the end of 2010, the company and its subsidiaries were sold to Hitachi Zosen Corporation, which brought the company a new name and new partnerships.

The acquisition of Kompogas® technology in 2014 and BioMethan technology in 2016 rounds out Hitachi Zosen Inova’s portfolio, and with this and EtoGas licensing securely in the company’s pocket, HZI is ready to bring its energy from waste solutions to the U.S. But is the U.S. ready for these renewable energy solutions?

“As early as 2005 I was visiting anaerobic digestion plants in Germany and Switzerland, then subsequently in Canada and the United States, about a dozen plants in total,” Worrell shared with HZI. “We were looking for a long-term solution to our green waste.”

“In 2014, Hitachi Zosen Inova [...] began offering its Kompogas® anaerobic digestion technology in North America. I had visited three of the company’s plants in Europe earlier, so was familiar with their systems, and thought their technology would be a good fit for our needs at IWMA.”

Although there are 600 reference projects around the world that use similar technology to Kompogas®, and 90 that do use this technology specifically, the U.S. was not a focus for the previous owners of the licensing for the energy from waste tech.

“The previous owner was a Swiss utility. They were not focusing at all on the North American Market, mostly just Switzerland and Germany,” Stangl shared.

Stick with us, and see the breakout section, to learn about Kompogas® energy from waste tech. It’s a continuous dry anaerobic digestion process that is based on the dry digestion of solid bio-wastes in an environment with no oxygen. It’s a multi-step process (see insert) where large organic polymers—that make up biomass—are broken down into smaller molecules by microorganisms.

California is already home to 25 other anaerobic digestion facilities. However, HZI’s Kompogas® plant, which is set to open during the summer of 2018, in San Luis Obispo is unique in several ways.

With a 100-ton-per-day capacity, SLO’s plant will be able to handle organic waste from over 80 percent of the county, with the ability in the future to eventually accommodate the entire population of the region.

HZI’s plant will process organic solid waste at 131° F. Why is this noteworthy? This is a higher temperature than California’s other anaerobic digestion facilities, meaning the organic material is completely sanitized during processing.

The financing and operational structure, for energy from waste methods, is also vastly different.

“The San Luis Obispo facility is the only dry anaerobic digestion plant in California that is designed, financed, built, owned, and operated by an independent engineering company, separate from a government agency or waste collection contractor,” the company stated.

Stangl shared that while this is the first plant of its kind in the U.S., other regions—specifically the Northeast—are interested in pursuing the tech. 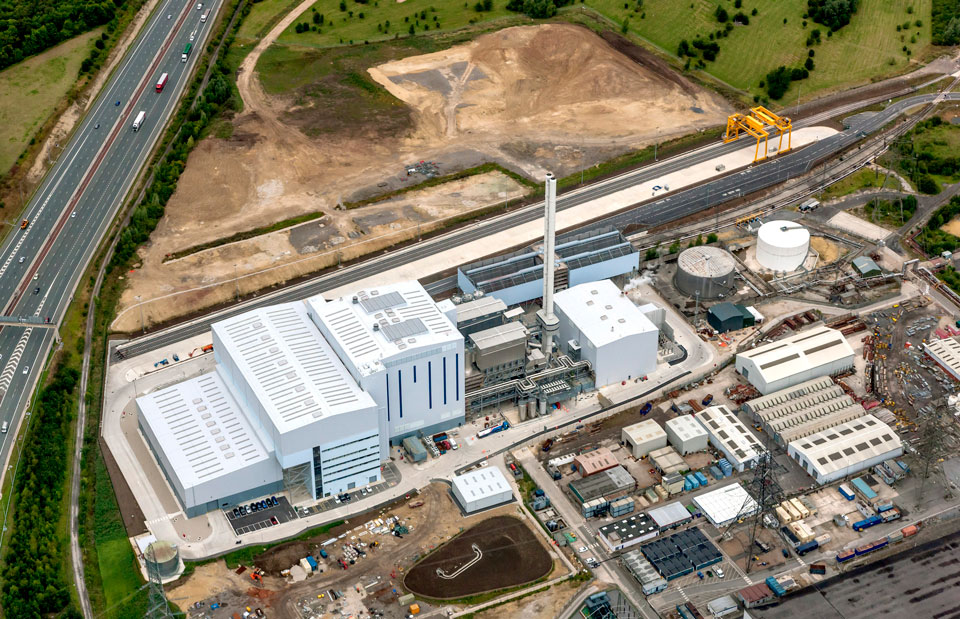 Need more to be convinced by HZI’s renewable energy strategies in the U.S.? Look no further than EtoGas. Known as a unique power-to-gas technology, the EtoGas process could be the necessary solution storing energy from excess generation.

When solar panels, for example, are able to collect more energy than there is a demand for electricity, HZI now has a proven, preferred way to convert it into easily storable synthetic natural gas (SNG).

Without a process like that, energy production is increasingly being determined by weather conditions rather than demand for electricity. This Power-to-Gas approach, instead, offers an economic advantage for the electricity sector in that flexible electric load management makes it possible to market green power at guaranteed prices at any time.

Currently in the U.S., hydrogen to SNG is a more accepted practice.

“EtoGas links the electrical power with the gas grid by converting electricity into hydrogen using electrolysis and methanation,” HZI shared. “By adding CO2 from biogas plants, the hydrogen is converted into carbon-neutral synthetic natural gas. It can then be injected into the existing gas distribution grid, used as CNG for vehicle fuel, utilized in established natural gas facilities, or put into storage.”

Just consider the uses. SNG can be distributed simultaneously with natural gas in a gas grid. Meaning production of renewable gas can be phased in at the same rate as the production capacity is increased.

The U.S. hasn’t quite warmed up to this power generation idea, but HZI is ready to bring it to our neighbors to the north.

“Several provinces throughout Canada have expressed interest in the technology,” Stangl shared. “It’ll be a few years from now, but we’re working on a few proposals as we speak. There’s funding available, as well as other renewable gas projects that would enable this technology to be developed.”

Bringing the Renewable Message to the U.S.

While HZI establishes a foothold in the U.S., the energy from waste company will continue introducing its ideas for renewable energy to the American people.

“Thermal energy from waste is not well perceived here,” Stangl commented. “The waste movement here is driven by the use of landfills and the cheap cost of it. It used to be the same way in Europe.”

But don’t be surprised if HZI finds a way to persuade the U.S. population over to its offerings. I’m convinced—are you?

Hitachi Zosen Inova has an energy from waste method that is successful in other parts of the world. Now, they have their sights set on the U.S. 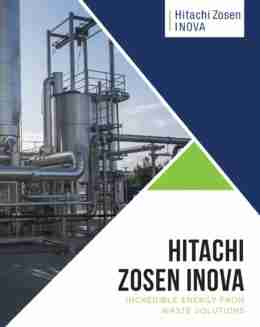 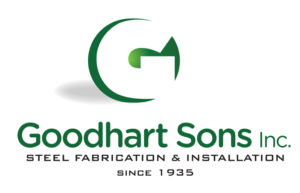