Roland Dickey Jr. shapes his company from the top down with productivity

Roland Dickey Jr. shapes his company from the top down with productivity

While it may seem like successful people are the most educated, and talented people in any given room, more often than not this isn’t the case. Yes, successful people can be talented, smart and educated, but the true trait that all successful people have in common is their productivity. Look at the successful people around you, and you will notice that most of them are organized people who value their time and utilize it wisely. For them, productivity isn’t about being a workhorse, keeping busy or burning the midnight oil. Instead, it is about prioritization, planning and fiercely protecting your time. These are not innate qualities, but skills and habits that can be acquired with hard work and effort. 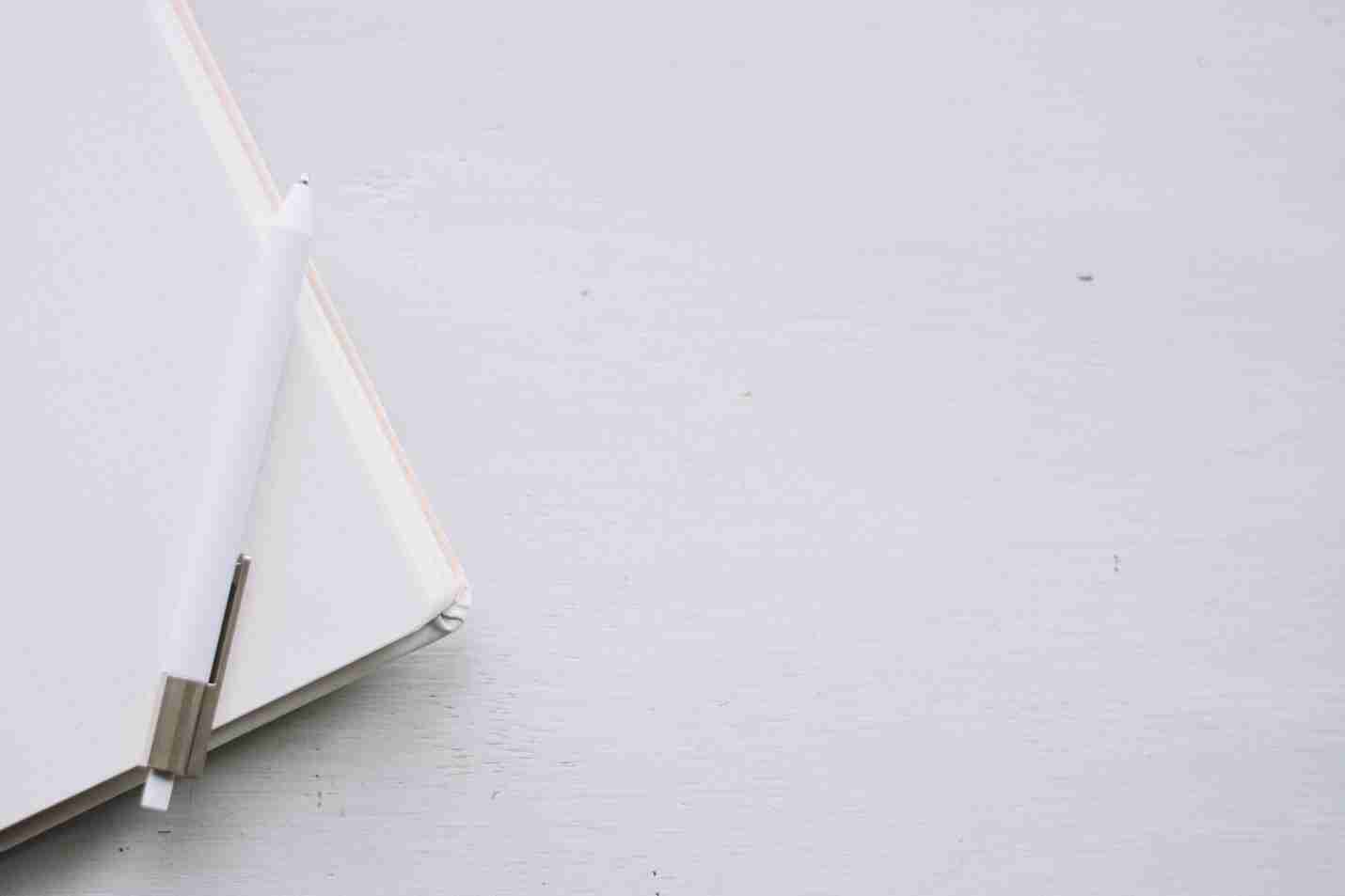 While being highly productive is a universal trait shared by all successful entrepreneurs and executives, much can still be gleaned in looking at the unique habits and philosophies of individuals who have had outstanding results in the business world. Today we explore Roland Dickey Jr., the award-winning Chief Executive Officer of Dickey’s Capital Group. Based in Dallas, Texas, Dickey has worked for the family business for over a decade, during which time he focused on smart strategic growth and innovating technology usage in the fast-casual sector. A small local barbecue franchise when Dickey took the helm, thanks to these strategies and his highly productive skills and techniques the chain has added over 400 locations in five short years – including three internationally – which has led it to become the largest barbecue franchise in the world. The company has been profiled by Forbes Magazine, the Wall Street Journal and Entrepreneur Magazine, and within the industry has earned awards such as “Best Franchise Deal” by QSR and “Best Food and Drink Franchise” by Global Franchises.

Dickey’s grandfather Travis Dickey opened the original Dallas location of Dickey’s Barbecue Pit in 1941– a location that is still serving barbecue from now 80-year old pits to this day. As the nation was emerging from the Great Depression, the World War I veteran sought to create a feeling of hominess and simplicity in his restaurant, with the original menu consisting of just beef brisket, pit hams, barbecue beans, potato chips, beer, bottled milk, and sodas. For over twenty years Travis and his wife Ollie single-handedly ran the restaurant themselves while also raising their sons Roland Sr. and T.D., who jointly took over the business after their father died in 1967.

When the brothers took over for their father, they both worked to put their own mark on the business. Roland Sr. began to develop his own recipes to compliment his father’s, expanding their menu and increasing their popularity to the point that they were able to open a second location, and then a third. Soon the brand was spread throughout the Dallas-Fort Worth metropolitan area and the brothers realized that any further expansion efforts would stretch them too thin. Partnering with their first franchisees who still operate the restaurant to this day, 1994 saw the first Dickey’s Barbecue Restaurant franchise location open, and just four years later dipped their toes in markets outside of Texas with a location in Denver, Colorado.

Roland Dickey Jr. grew up in the barbecue business, and after graduating from college and spending a few years gaining experience at other companies, he stepped in to work with his father and uncle. By 2006 he had been made Chief Executive Officer of Dickey’s Barbecue Restaurants, Inc., and when the global financial crisis triggered the Great Recession, like his grandfather before him, saw an economic downturn as a source of opportunity. Knowing that now more than ever was when people would be seeking delicious comfort food (and that the recession meant real estate prices had never been better) Dickey initiated a national push to grow the franchise considerably, making capital investments in information technology, marketing, advertising, construction, real estate management, logistics, accounting, and field operations to ensure the business could scale with success.

By 2015 there were over 500 Dickey’s Barbecue Pits in the United States, and one year later Dickey initiated a company leadership restructuring to better meet the demands of its growing business. Roland Jr. was made Chief Executive Officer of the newly created Dickey’s Capital Group, the parent company for everything under the Dickey’s brand including manufacturers, real estate, metal fabrication, distribution companies, retail products, and the franchise business. The company continues to expand today, with three existing international locations in the UAE, Singapore, and most recently Tokyo.

Recurring meetings can have a reputation for being counterproductive, but when facilitated properly and organized around a shared goal, meetings can be an effective, collaborative way of keeping teams focused and in sync. Roland Jr. utilizes the consistent structure these meetings provide to make sure everything is par for the course and remaining productive. For him, standing meetings allow him to clarify goals and priorities, discuss potential roadblocks, and actually talk as a team about the work being done. In order to ensure that these meetings do not become counterproductive, Dickey makes sure that the meetings remain consistently at the same time, has clearly defined goals and are kept short. One way he ensures these meetings – and indeed the whole company – remain productive is through the concept of “single-thread owners.” In this business theory leaders are put in charge of one deliverable, valuable business outcome, and therefore allows them to stay focused on creating results without getting distracted or being held back by other aspects of the business. By employing these business practices, Dickey can ensure that his teams and his mornings remain highly productive.

Across every sector, look at the habits of the most productive people and you will see one clear pattern: they are all voracious readers. From Elon Musk to Mark Cuban to Warren Buffet, entrepreneurs who devote their time to reading have proven to be some of the most productive. While it may seem like reading would be a major time-suck, it has been proven time and time again that reading can actually increase your productivity. Being productive isn’t about having more and more tasks done every day, but instead about accomplishing the most important goals consistently. Productivity is not only about doing, but also prioritizing, finding good solutions and successfully implementing them. For Dickey, reading and researching are a major source of new ideas, as well as a way to relax finding another point of view or story to immerse in. Stress can be a huge inhibitor of productivity, narrowing your mental judgement and at times leading you to make the wrong decisions. By devoting time to reading, Dickey is able to clear his mind while also boosting his creativity and gaining new knowledge that can be applied to his company.

One crucial habit that Dickey has said keeps him productive as an executive is focusing on one thing at a time. Contrary to popular belief, it isn’t possible for the human brain to do two things at once. When you think you are multitasking, you are actually just switching very quickly from one task to another, meaning that neither are truly getting your full concentration. When you are an entrepreneur or executive it can feel like there are never enough hours in the day and multitasking is an appealing idea to remedy this in theory. However, while it may feel like you are completing multiple things at once, you are more likely to make mistakes and less likely to come up with creative solutions to problems when neither is getting your complete and total focus. Dickey avoids checking his phone or reading emails unless he is devoting his complete time and attention to them, and takes walks every day to allow his brain time to think creatively without any other source of distraction.

For Dickey, playing it safe within his organization results in the opposite of productivity. His motto is that if your business isn’t growing it’s shrinking, and by taking chances he opens up the opportunity for his company to innovate and gain an edge over the competition. In order to progress, choices are constantly being made, and recognizing that millions of decisions are constantly in flux aids in developing a productive risk environment. Accepting and constructively discussing the risks and results allow for continual improvements to be made throughout Dickey’s company, and while some of the risks might not pay off they always provide an opportunity to learn and make the business better.

In the same vein of taking risks comes taking calculated risks, something that Dickey is adamant about. His business philosophy is “what gets measured, gets managed” and he works to know what activities drive sales and keep costs in line. He has sought to utilize information technology in ways nobody else in the fast-casual industry has in the past, creating a proprietary data platform that allowed the business to synthesize information from point-of-sale systems, marketing promotions, loyalty programs, customer surveys, and inventory systems. Dickey’s Barbecue Restaurants was also one of the first fast-casual chains to implement a third-party delivery program, launch a consumer app in the iOS store, and has even worked to utilize Amazon’s Alexa voice technology within their franchise restaurant operations. For Dickey, productivity within the business means always making the smart decision backed by hard data.

Thanks to Roland Dickey Jr., Dickey’s Barbecue Restaurants has seen an explosive growth rate in the past fifteen years since he took the reins. By maximizing efficiency within his company and performing personal habits that affect his own productivity, Dickey has achieved the classification of a highly productive person.