Hyperloop One plans to narrow down to two or three high-speed transportation routes from the eleven proposals. Check out each route presented at the conference.

Hyperloop One plans to narrow down to two or three high-speed transportation routes from the eleven proposals. Check out each route presented at the conference.

In our latest issue, we featured an exclusive interview with Dirk Ahlborn and discussed the company’s promising future and innovative technology with us.

Meanwhile, Hyperloop One is moving forward with their plans for a new high-speed transportation system. The Los Angeles-based company recently held a two-day conference in Washington, D.C. to discuss the future of transportation.

Their conference was held to meet with federal regulators about getting the project started while also evaluating eleven proposed U.S. routes for the high-speed transportation system.

“We’re trying to position Hyperloop as one of the best candidates that there are for re-inventing infrastructure in America,” said Nick Earle, Hyperloop One’s Senior Vice President for Global Operations.

Earle explained how their project echoes the current rhetoric in our country about making jobs in America for Americans.

The company has yet to prove the high-speed transportation system—outlined by Tesla CEO Elon Musk in 2013. However, they still plan to launch a public trial run on its two-mile development track in Nevada by the end of June.

11 Possible Routes
There were 2,600 submissions in response to Hyperloop One’s move to crowdsource route proposals for the high-speed transportation system. They selected eleven finalists to present their vision at the Washington, D.C. conference.

Of the eleven, Hyperloop One plans to narrow down to two or three proposed high-speed transportation routes. Below is a brief rundown of each route presented at the conference this week. 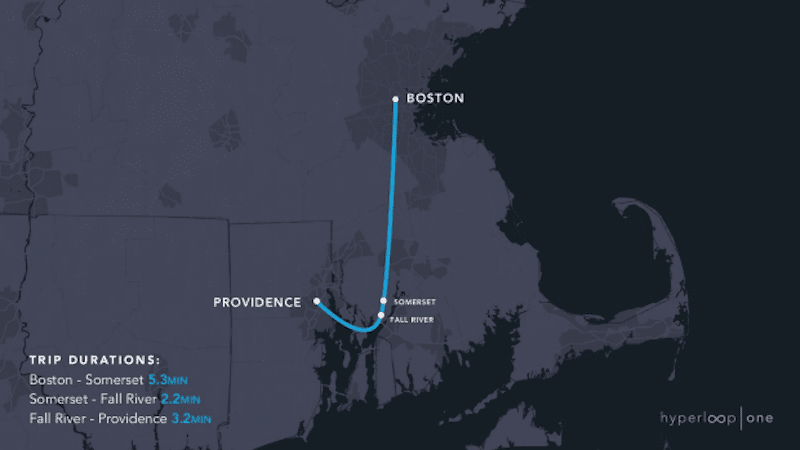 They hope to build an elevated system to share railways and highways connected to the Northern Corridor, Amtrak’s line running between Washington, D.C., and Boston. 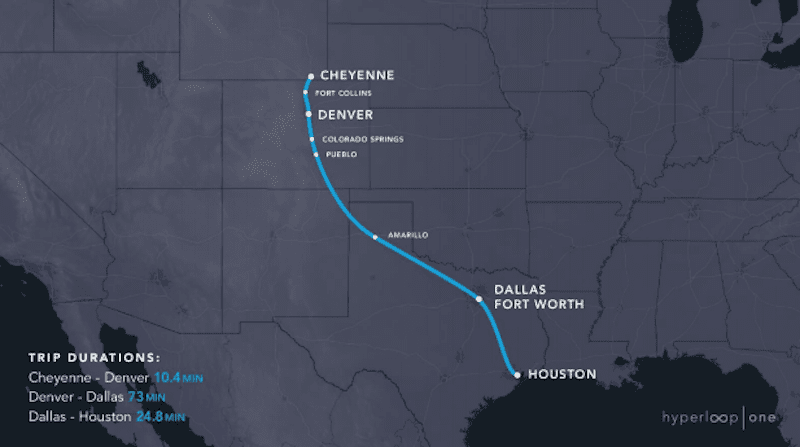 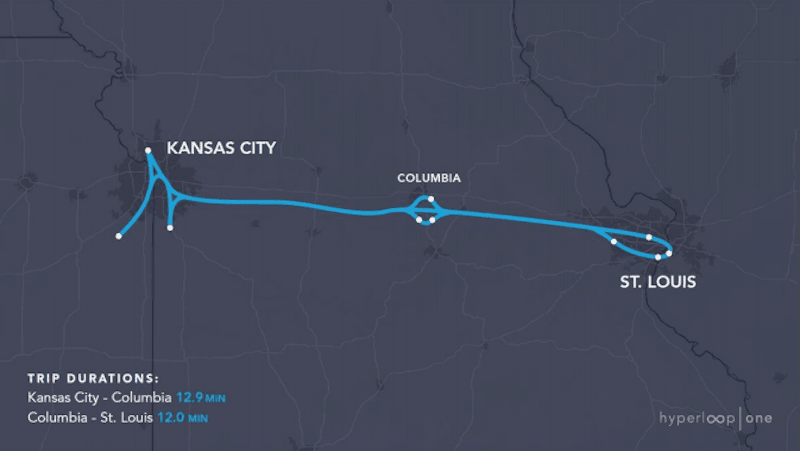 Missouri Hyperloop
This is a proposed 240-mile high-speed transportation system between St. Louis and Kansas with a stop in Columbia. The team is led by Thomas Blair, Assistant District Engineer of Missouri’s Department of Transportation—highlighting state support for the project. 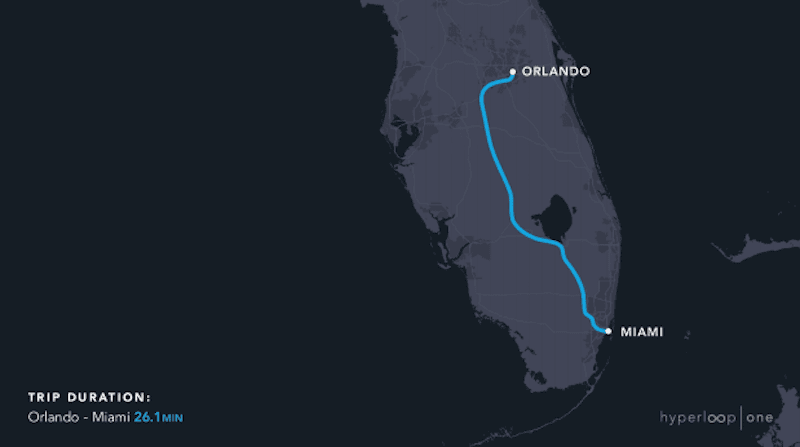 Florida Hyperloop
Led by Alice Bravo, Director of Transportation Development at the Florida Department of Transportation—also emphasizing state support—this team proposes a 257-mile high-speed transportation system between Miami and Orlando. This route would transport passengers and cargo and would run alongside Highway 27 and the I-4. 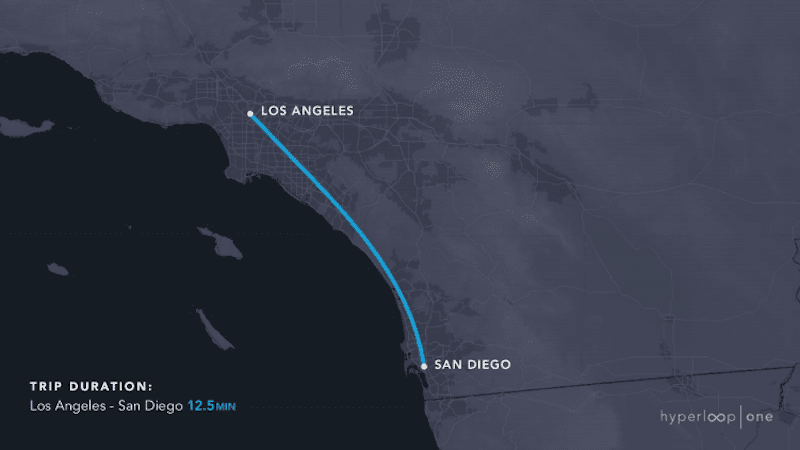 West Hyperloop
This 121-mile high-speed transportation route proposal, transporting passengers and cargo, would make no stops in between San Diego and Los Angeles. The team is consists of architects, designers, and faculty members from Woodbury University and San Diego State University. 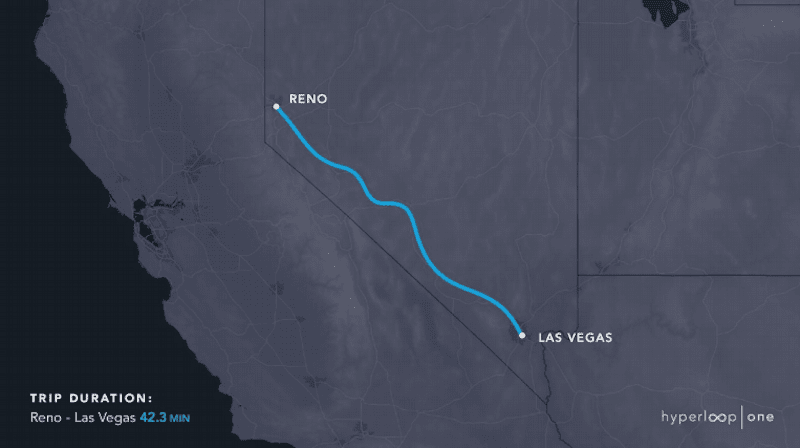 Nevada Hyperloop
Steve Hill, Executive Director of the Governor’s Office of Economic Development of Nevada, is this team’s leader—highlighting the support of the state’s Department of Transportation. This 454-mile proposed high-speed transportation system would transport freight and passengers along the I-11. 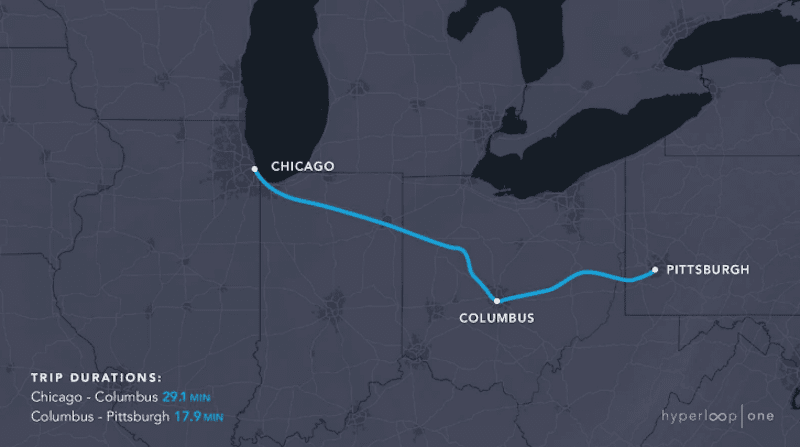 Midwest Hyperloop
Led by Thea Walsh, Director of the Transportation Systems and Funding for Mid-Ohio Regional Planning Commission, this team proposed a 488-mile system. The route would run between Pittsburgh and Chicago—with a stop in Columbus—and would carry passengers and cargo. 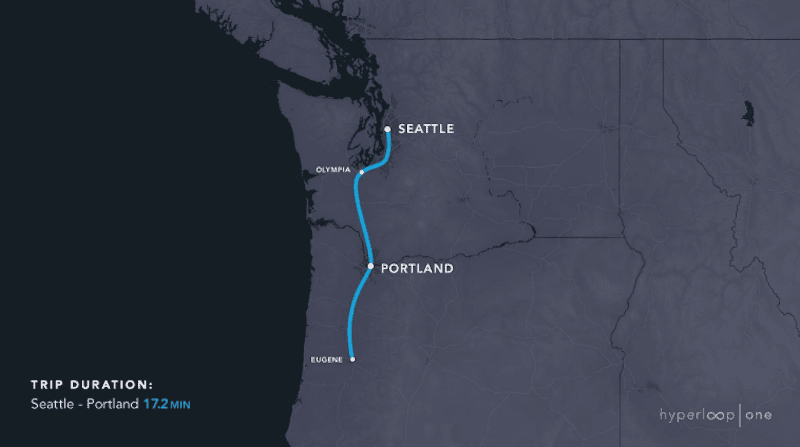 Pacific Northwest Hyperloop
This 173-mile high-speed transportation project was proposed and led by University of Washington students and would run between Eugene, Oregon and Seattle, Washington. It would first transport cargo with passengers soon to follow. 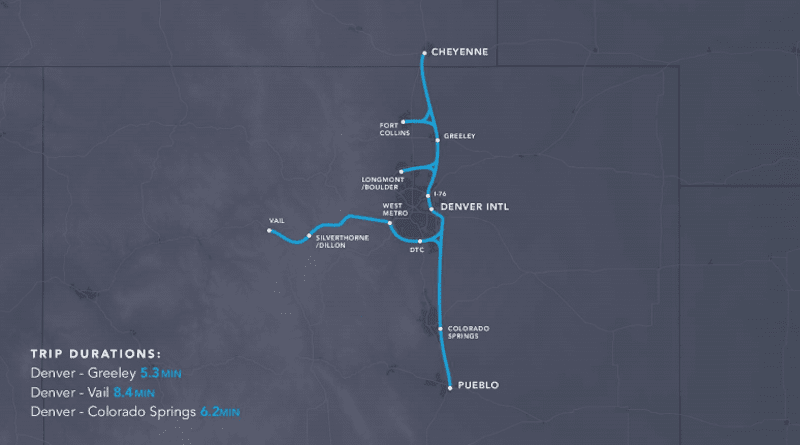 Rocky Mountain Hyperloop
In Partnership with the Denver International Airport, the City of Denver, and the City of Greeley, this system was proposed by the Colorado Department of Transportation and engineering firm AECOM.

This route would take two phases, with the first connecting Denver International Airport to Greeley. The second would complete the system to the entire 360-mile proposed route. 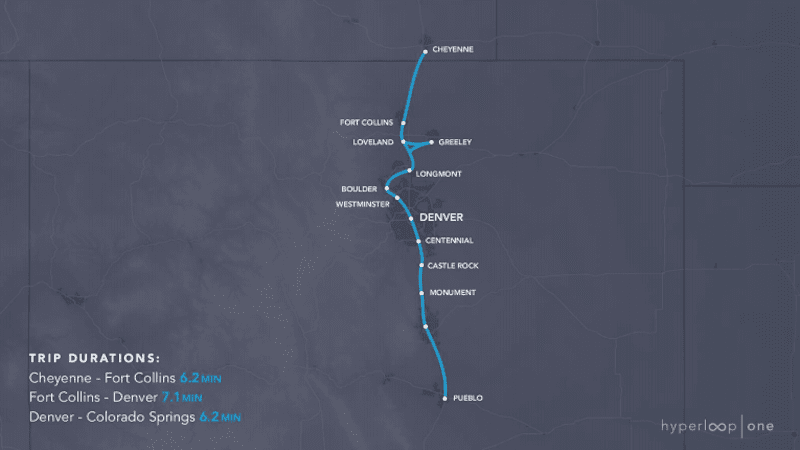 Team Colorado Hyperloop
This team is led by Blake Anneberg, a self-proclaimed tech enthusiast. The 242-mile project would run between Denver and Colorado Springs or Denver and Fort Collins before expanding to other cities—making it the third proposed route to run through Denver. 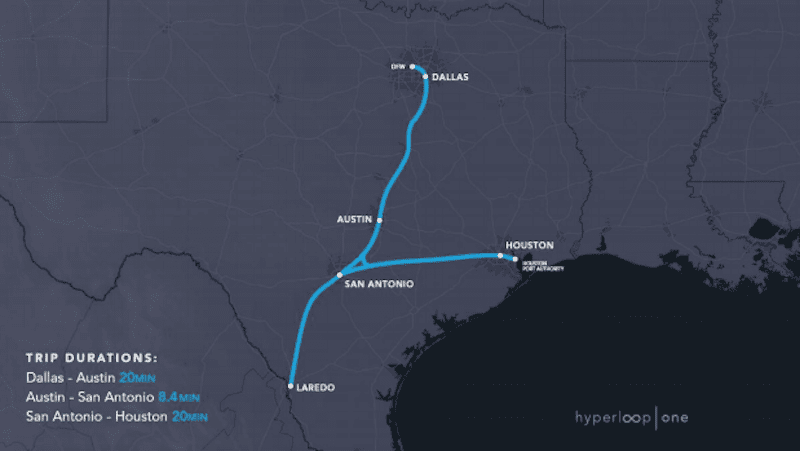 Team Texas Hyperloop
Engineering firm AECOM created this team with Steven Duong as their leader, proposing a 640-mile route connecting all major cities in Texas, carrying passengers and cargo. The route would follow the I-35 and I-10 interstates.

A Long-Awaited Concept
The idea has obviously been tweaked as technology advanced. As the process continues, it will be intriguing to see which routes make it to the final round and—ultimately—which one gets selected.

Once this new method of transportation comes to fruition, it will forever change the world of travel as we know it.