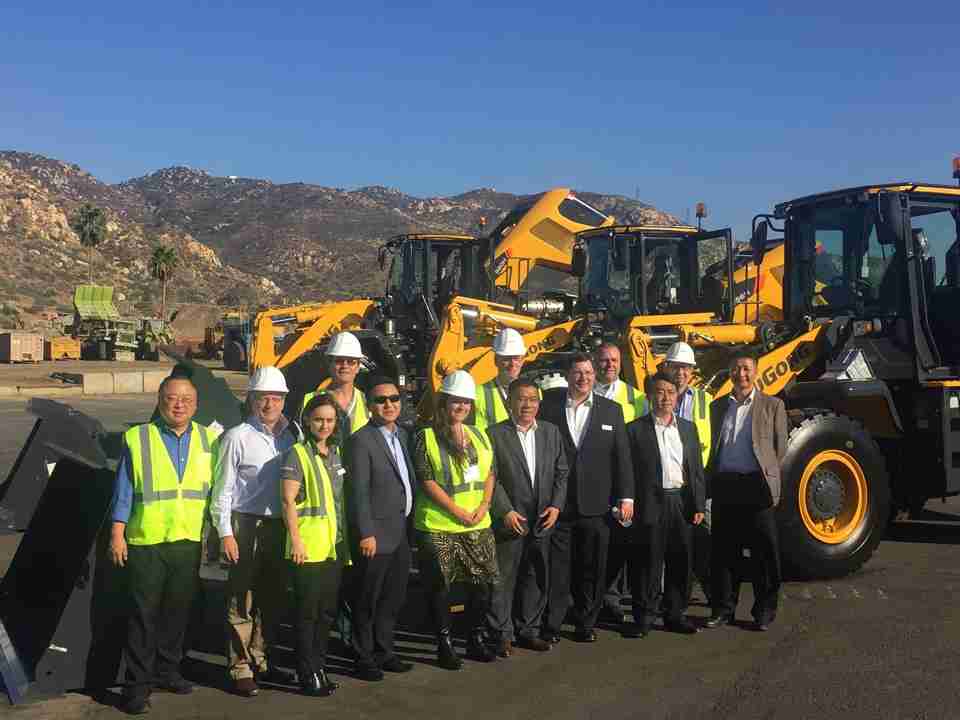 The 1960s saw China on the precipice of change. Modernization was the tentpole of Zhou Enlai’s governing philosophy and a highlight of Deng Xiaoping’s tenure as Premier of the People’s Republic of China. Agriculture, industry, national defense, and science and technology featured heavily in the Four Modernizations, goals adopted officially in 1978 to rejuvenate China’s economy after the death of Mao Zedong.

This interest in industry set the stage for explosive growth in manufacturing in the country, allowing companies like LiuGong to gain an impressive foothold in the growing marketplace. It’s the first company in China to begin manufacturing heavy equipment, and was the first producer of the country’s modernized wheel loader.

“LiuGong has been integral in China’s modernization and infrastructure development. We had a proud history of growth and we integrate our history with our future,” shared Chairman Zeng Guang’an.

LiuGong committed to taking its vision of being a leader in the construction machinery industry to a bigger audience. To achieve this vision, the company adopted an aggressive globalization strategy in 2003.

Currently, LiuGong’s overseas business accounts for more than 35 percent of total revenue. Its rapidly growing network includes more than 300 dealers in more than 130 countries. With three manufacturing bases in Poland, India, and Brazil, Liugong is able to reach more customers than ever.

LiuGong has become one of the most internationalized companies in China, setting an undisputed example for Chinese construction machinery companies aspiring to go global. It’s global vision drives business expansion and guides its people to work harder and bring their talent into play on a broad global arena. Its well made, designed, engineered, and built equipment is made at an affordable cost, and features advanced add ons as part of its standard priced machinery. 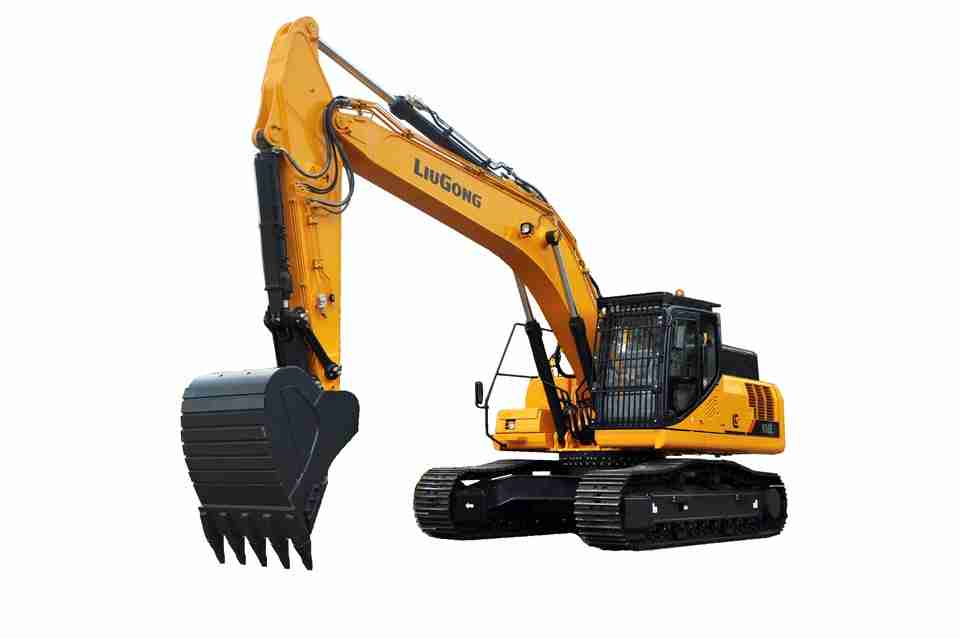 “North America is a critical market for any top construction equipment manufacturer and for LiuGong as well,” shared Mr. Zeng. “If our plan is to become a world-class player, we must be a player here. It is one of the most demanding markets in the world but we are committed to this market and to providing our customers the machines and service that they need.”

But LiuGong Construction Machinery N.A., LLC., the U.S. and Canadian arm of the company focused specifically on wheel loaders, bulldozers, and excavators, planted its roots in the U.S. at a contentious economic time.

“We started our business in North America in 2008,” he said. “The global economy was tough at that time. But a true industry leader does not deviate from what they believe to be right no matter how tough the situation is.

“They have the confidence to stand out and the courage to make tough decisions.  Our strategy here is growing market share through dealer development.  We are committed to strong dealer partners to provide the after sales support tailored to the market. No matter how tough the market is, we will thrive together with our dealers.”

LiuGong wanted its overseas business to exceed 30 percent of the company’s revenue by 2015. The company achieved this goal a year early. While part of this was due to a downturn in the domestic market in China, a large portion is attributed to the growth of its global presence.

But its dealer network in the U.S. and Canada is a strong web of individuals and businesses dedicated to the company’s strategy, and is the competitive edge they need to earn a bigger market share.

“The biggest thing to understand about Liugong N.A. is that we’re still growing,” shared Marcus Menough, the company’s Director of Sales and Marketing. “All of our competitors have been here for decades, and yet we’re only getting bigger.

“But being less than a decade old means that there are territories still wide open for LiuGong N.A. expansion. We’re incredibly proud of the dealers we have. We have businesses of every size carrying and servicing our equipment. We’re looking forward to having more dealers join the network to help us penetrate more of those open markets.” 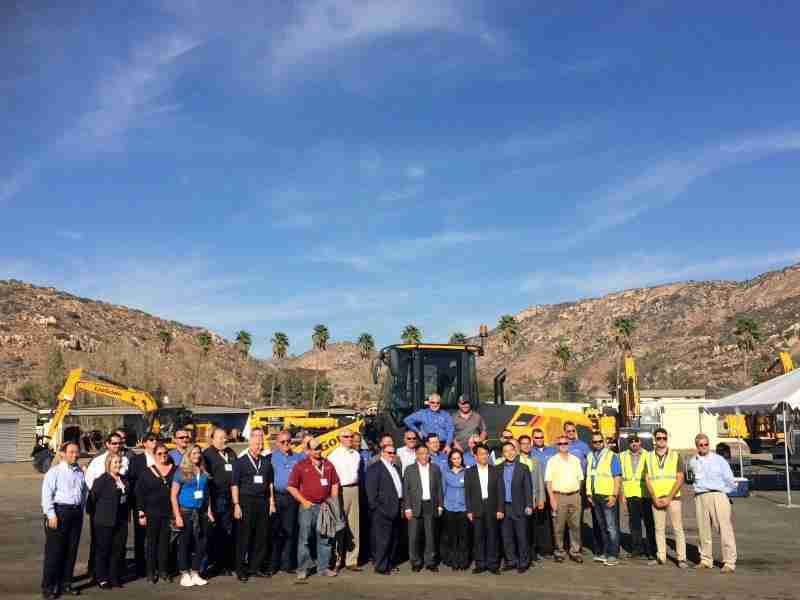 The new machines feature cleaner engines, more efficient systems, and improvements to the cab that enhance the operator experience. The goal now is to continue to expand its dealer network and “build a support system” to accommodate more customers and its new machines.

“This is the next step in the evolution of our company,” said Li Dongchun, Chairman and President. “Our new and better machines are followed by an upgraded commitment to digitalization. This will be the standard in the future, but we want to make our machines and dealers ready for it right now.”

Along with the new upgraded wheel loaders and excavators, LiuGong N.A. offers a range of bulldozers through its Dressta brand. These range from the new TD8 hydrostatic to the TD40 machine. Acquired in 2011 by LiuGong, Dressta has a long history in the Americas. LiuGong hopes to capitalize on that history and confidence from the market.

“We are aware that the North American market is large and we have vast open territories to occupy,” said Mr. Zeng. “To make sure we can provide product and services that our customers from North America require, we will continue to implement the localization strategy and invest in product development, sales support, after-sales marketing, warranty etc.

“The U.S. economy represents about 20 percent of total global output, which makes the North American market still the most important market in the world. It is critical for LiuGong. We have a strong team with solid industry knowledge and our products are competitive in the market.”

“We create value for our customers,” Mr. Li said. “If we continue to do that, we will continue to find success in North America.” 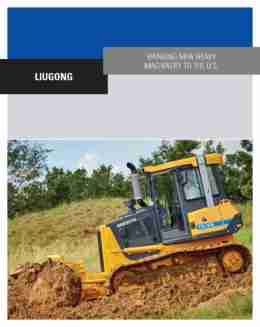 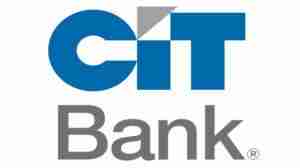