A Heavy Lift Ship Could Transport the Damaged USS Fitzgerald

Each heavy lift ship can carry some of the world’s heaviest structures. Could one of them bring the USS Fitzgerald home?

Each heavy lift ship can carry some of the world’s heaviest structures. Could one of them bring the USS Fitzgerald home? 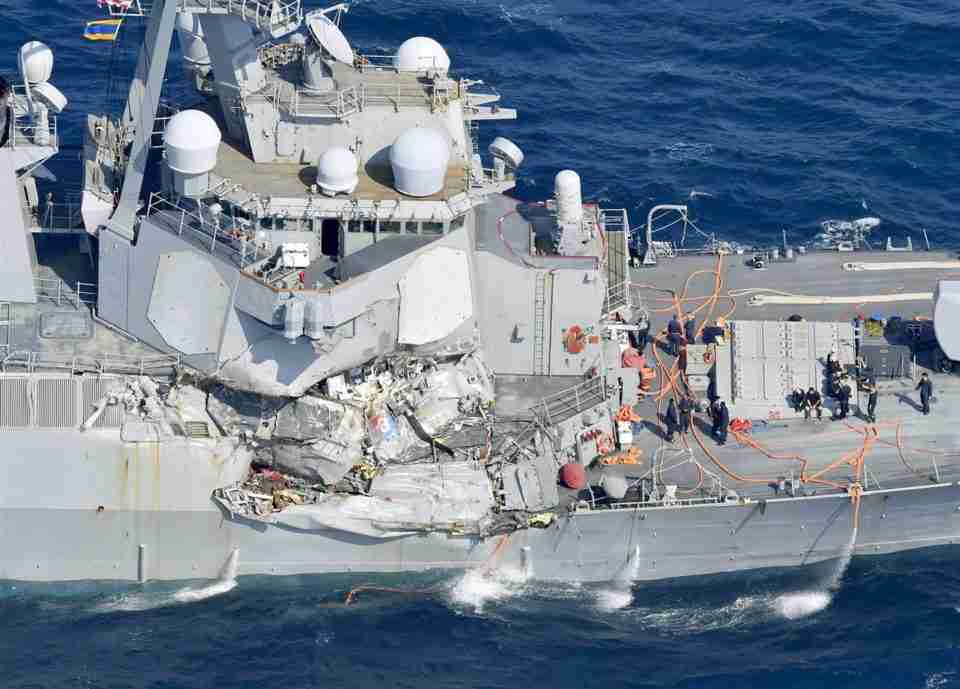 The USS Fitzgerald is currently dry-docked at the Yokosuka Naval Base following the accident last month that caused massive damage to the warship. Navy officials are still determining whether the ship should be brought back to the states for extensive repairs. Many wondered how it would be possible to get such a massive ship back home.

Often, situations arise that require some of the world’s most massive structures to be hauled arduously long distances.  It’s in situations like these when a heavy lift ship is employed.

Currently, Dockwise is the world’s leading operator of these enormous vessels. The company employs them mainly for the transportation of oil rigs, but also of wind turbines and yachts.

How Do Heavy Lift Ships Work?

The way a heavy lift ship operation is executed requires partially submerging the ship, carefully maneuvering it into position, raising it, and lifting the cargo with it.

During the partial sinking of the heavy lift ship, the crew—along with necessary machinery—remain safely above the waterline in towers. These towers ensure stability against high currents that could cause the ship to capsize.

Once the ship is partially underwater and in position, tugs must carefully maneuver it into place. Working with a precision measured in inches can take hours, but once complete, the sinking process is then reversed.

The Behemoth of the Seas

Considering heavy lift ships are used mainly for moving oil rigs, they are the best option for the transportation of a naval ship.

“The weight of one of these completed rigs will be tens of thousands of metric tons, so the only way to move it is to float it,” said Paul Stott, a naval architect at Newcastle University.

It also would not be the first time a ship like this was used to transport a wounded naval ship.

In 1988, the USS Samuel B. Roberts struck a mine in the Persian Gulf that blew a 15-foot hole in the hull of the ship, destroyed an engine room, and caused massive structural damage.

Despite undergoing repairs during its subsequent dry dock in Dubai, the ship still required help to get back home to Newport, Rhode Island. That is when the Mighty Servant 2 (MS2) came into the picture.

The MS2—operated by Wijsmuller Transport—had a deck longer than the size of a football field.

In June of 1988 the complex loading process began. Twelve hours later the USS Roberts was secured into place, allowing the MS2 to rise and the process to be complete hours later.

A total of 60 crew members remained on board—40 of which were from the USS Roberts—while the MS2 departed Dubai and made the 8,000-mile, month-long journey around the coast of Africa and across the Atlantic.

In 2000, the USS Cole was lifted back home from Yemen by the MV Blue Marlin following a terrorist attack.

In other words, it is one of many larger-than-life structures the Blue Marlin has easily transported. 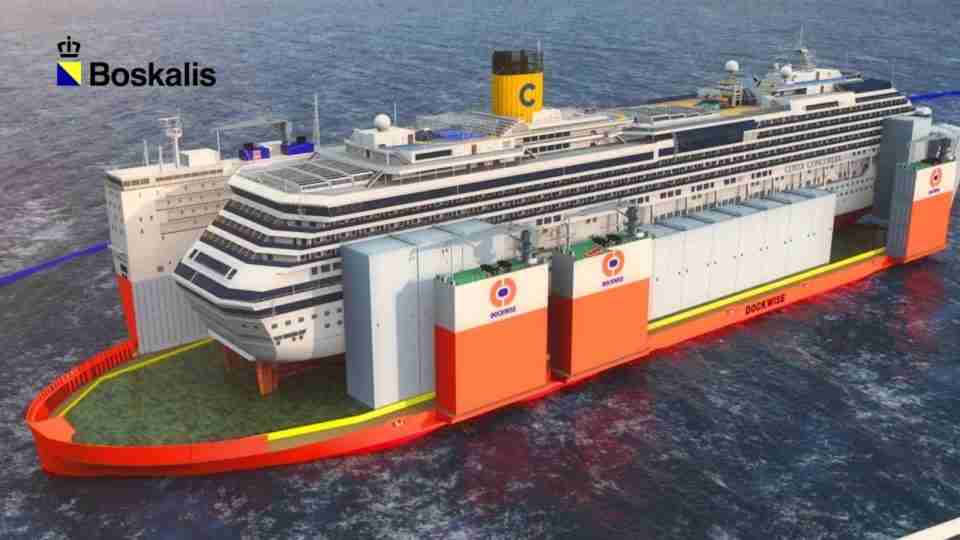 Owned and operated by Boskalis, the Dockwise Vanguard is among 19 vessels that form the company’s Dry Heavy Marine Transport fleet.

The Dockwise Vanguard is the most gargantuan of the fleet. Weighing in at 117,000 tons, the ship is about three times the size of the MS2 and has a deck the size of four football fields.

According to Popular Mechanics, “Dockwise Vanguard’s recent missions have included transporting the world’s largest spar platform—a rig standing on a huge column over six hundred feet long—from South Korea to Norway, and carrying the FPU Likouf an 80,000-ton floating production unit able to handle 100,000 barrels of oil a day, which at night looks like a sea-going city.”

It goes without question that using a heavy lift ship is one of the top, most secure options for a job as vital as bringing the USS Fitzgerald back home. These behemoths have seen their share of massive passengers, making them the most qualified to carry a damaged destroyer halfway across the world.

It is still undecided whether the Navy will employ a heavy lift ship or not, but if the destroyer were to be lifted back home on one of these ships, it would certainly be a sight to behold.