The Pause That (Still) Refreshes

In the annals of brand history, no American beverage is as recognizable as Coca-Cola. Coke has big, bold stories to tell, blending iconic tastes with emotional connections that at some time or other have helped put a Coca-Cola product into our collective hands.

But this story isn’t a tried-and-true Madison Avenue recant of slogans and images, of polar bears and fresh-faced kids who would like to teach the world to sing. It’s about how one enterprising ex-athlete is building a business with true heart, rooted in service to customers and to communities.

Ulysses Lee “Junior” Bridgeman knows what it means to leave everything on the court. Between seasons in the NBA, the Milwaukee Bucks and LA Clippers player studied franchising, and focused on learning everything he could. By the time he retired in 1987, he owned three Wendy’s franchises. It was hardly a matter of throwing money into an investment opportunity; in those early days, Bridgeman washed the floors, cleaned the grills, slung the triples, and did whatever was needed to get the stores off the ground.

Compared with running two and a half miles of parquet for the lion’s share of an 82-game season, the athlete who still holds the Bucks’ record for most games played (711) put that ferocity into building a Louisville, KY-based restaurant group. Manna, Inc., company holdings included Wendy’s, Blaze Pizza, and Chili’s. And, of course, Bridgeman’s beverage of choice, both behind the scenes and upfront, had always been Coca-Cola.

By the time he sold his 450-store portfolio to acquire the Coca-Cola Heartland Bottling operations in 2016, he ranked fourth on Forbes’ list of the country’s richest retired athletes.

Today, Bridgeman is CEO of the Heartland Coca-Cola Bottling Company, which began serving customers through a network of hometown bottlers in Illinois, Kansas, and Missouri in 2017.  The firm employs 2,000 people, and boasts revenues of approximately $650 million. The firm currently operates 17 sales and distribution centers in their catchment area.

Together with President and COO Rick Frazier, a longtime Coke company veteran, the leadership team is steering the new business into bold success. Heartland bottles and distributes approximately 600 beverage products to nearly 40,000 customers in the three-state region.

Heart in Every Sip

As Coca-Cola’s newest bottling operation in the United States, Heartland exists not only to quench thirsts, but to also support the communities it serves. As the website notes, “At Heartland Coca-Cola Bottling Company we produce, sell, and distribute the highest quality and best tasting beverages in the world by honoring the principle of, ‘Do unto others as you would have them do unto you.’”

That motivation begins at the top: Bridgeman and his management team are notoriously accessible, even sharing their executives’ cell numbers should team members need their input and advice. Heartland encourages input from everyone in the organization, with team values of trust and partnership — something Bridgeman knows volumes about. From being the best on the court to being the best in business, he encourages everyone in the organization to cultivate a “be the best” mentality.

That team-centric culture of openness, trust, and sharing are important keys to Heartland’s profitability: placing value on how everyone in the company thinks, feels, and acts; partnering with their customers to ensure mutual growth; and being a positive influence and active participants in the communities in which they operate.

“At Heartland, our culture is built around putting people first, and that starts with continuing to embrace and serve our local community. Our local teams in Kansas, Missouri, and Illinois are very active in supporting and volunteering with local organizations,” the site noted.

As of this writing, Bridgeman and his investing partner, Canadian entrepreneur Larry Tanenbaum, have closed a deal to acquire Coca-Cola’s Canadian bottling operations, Coca-Cola Refreshments (CCRC).

The powerhouse partnership is sure to be one for the record books: Tanenbaum, the owner of Canada’s Kilmer Group, is also chairman of Maple Leaf Sports and Entertainment, the owners of the Toronto Maple Leafs, Toronto Raptors, Toronto FC, Toronto Argonauts, and the Air Canada Centre. He is also chairman of the Board of Governors of the NBA, and serves as a governor of the National Hockey League and Major League Soccer.

Terms of the deal were undisclosed. According to the release announcing the joint venture, CCRC employs approximately 5,800 associates and operates five production facilities and over 50 sales and distribution centers. CCRC conducts business in all 10 provinces and three territories. “Tanenbaum and Bridgeman are both remarkable entrepreneurs who are committed to the betterment of their communities, and who invest with a multi-generational perspective and a long-term horizon of vision,” it said.

“Coca-Cola has been a big part of my life, and I am excited for this opportunity to be part of the Canadian business,” Bridgeman added. “Larry and I are committed to building on the traditions of The Coca-Cola Company while leveraging our heritage of putting people first, serving our local communities, and refreshing Canadians from coast to coast to coast.”

Since 1895, Coca-Cola has been sold in every state and territory in the United States. Heartland proudly carries on this tradition of distributing the most popular and best-selling brands and beverages to wonderful communities all across Kansas, Missouri, and Southern Illinois.
Heartland operates in 17 Sales and Distribution Centers across Kansas, Missouri, and Southern Illinois, and one production plant in Lenexa, Kansas. Heartland Coca-Cola Bottling Company produces, sells, and distributes the highest quality and best-tasting beverages in the world by honoring the principle of, "Do unto others as you would have them do unto you."
As part of one of the most recognizable brands in the world, Heartland strives to bring refreshment to its customers by upholding the four pillars of its mission: “We will work and win together as a team by promoting a culture that values how our people think, feel, and act. We will partner with our customers to grow their business and ours. We will be a positive influence and active participants in the communities in which we operate. This will ensure the profitability of our company by measuring the dedication, success, and trust of our people, the growth of our customers and their partnerships with us, and the way our communities regard us.”
By weaving the threads of our mission into the fabric of our daily operations, Heartland Coca-Cola strives to uphold the long-lasting legacy that Coca-Cola's products have forged for over one-hundred years. 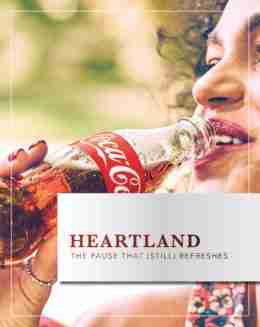 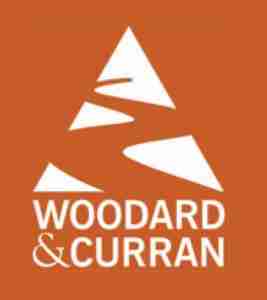